It was a relatively brief projection of the future from a man who's juggling a lot of balls in the present, but even Elon Musk's quick hits can be newsworthy.

The CEO of electric-car maker Tesla Motors told attendees at the Barron's Investment Conference that he expects 500-mile electric cars to be available in just 10 years.

His remarks, last Friday, included cautions that more assembly plants and more battery gigafactories would be needed to achieve that goal.

You can register to listen to a webcast of the full Barron's event here.

But Musk's comments, as ambitious as 500-mile battery-electric cars may seem, reflect the inexorable reality of one factor: reductions in battery cost.

Small-format consumer lithium-ion cells have averaged a 7-percent improvement in cost-performance each year since the early 1990s. That's verifiable data.

And no one has yet made a convincing case why large-format automotive cells used by every maker except Tesla shouldn't follow the same trajectory.

Indeed, cell costs may already be lower than most analysts have assumed.

GM's head of product development, Mark Reuss, confirmed to Green Car Reports on Monday that the company will be paying just $145 per kilowatt-hour for the lithium-ion cells it will use in the 2017 Chevrolet Bolt EV when that car goes on sale late next year or early in 2017.

That price is likely based on both volume--GM is expected to build perhaps 25,000 Bolt EVs in its first full production year--and six years of continual improvement in lithium-ion cells by its partner LG Chem.

Tesla, which uses small-format cells similar (but not identical) to those in consumer electronics, has said in the past it expects to take 30 percent out of the cost-per-kWh of those cells when its Nevada gigafactory starts production next year.

Even assuming Tesla has a current cost of $200 per kWh--some analysts put it considerably lower already--the 7-percent rate would cut its cost to $96 per kWh by 2025. 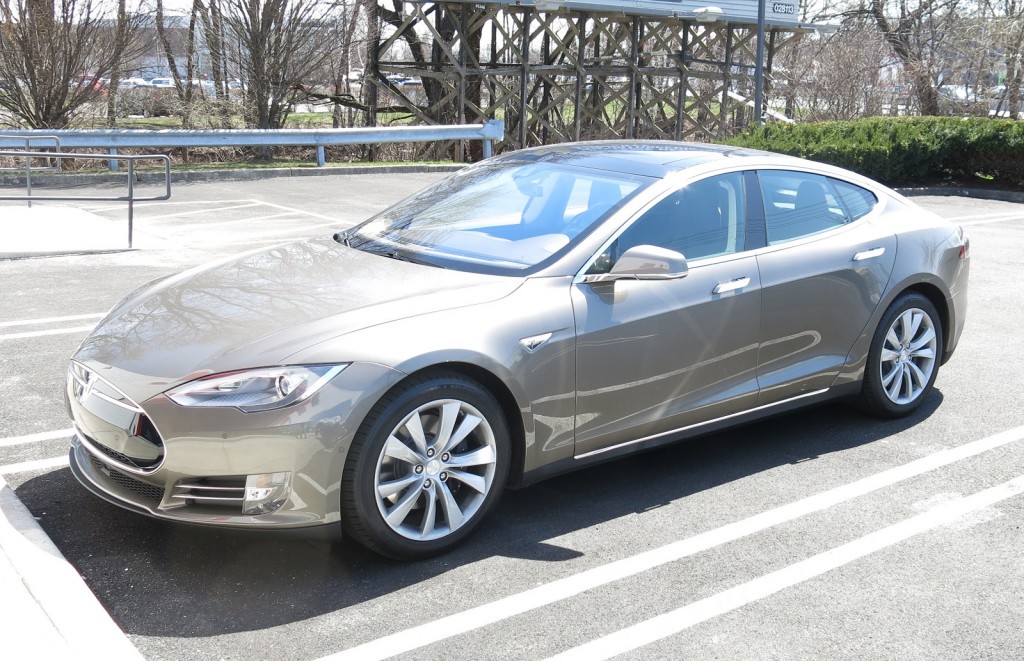 It's probably more useful to focus on the rate of reduction than the actual cell cost, since the latter is a figure most makers won't discuss in detail. (Reuss's claim was a notable exception.)

ALSO SEE: How Much And How Fast Will Electric-Car Battery Costs Fall?

But 7-percent annual reductions over 10 years cuts the cost of a cell in half, meaning twice the range for the same price is simply a mathematical projection.

Musk also reiterated to the rapt Barron's audience--he was a surprise speaker--that the company could churn out "millions" of cars in the future.

Between now and then, however, the company has a number of less futuristic tasks ahead of it, which include getting production of its newly-launched Model X electric utility vehicle up to speed.

Then there's the design for the upcoming Model 3 "affordable" electric car--with a 200-mile range and a price of $35,000 before incentives--that's scheduled to be unveiled next spring.

But looking back 10 years ago, to 2005, there were no plug-in vehicles available for sale and lease in the U.S. Now there are almost two dozen, at least in some regions.

As for that 500-mile electric car 10 years hence, the numbers seem to say it's eminently plausible.