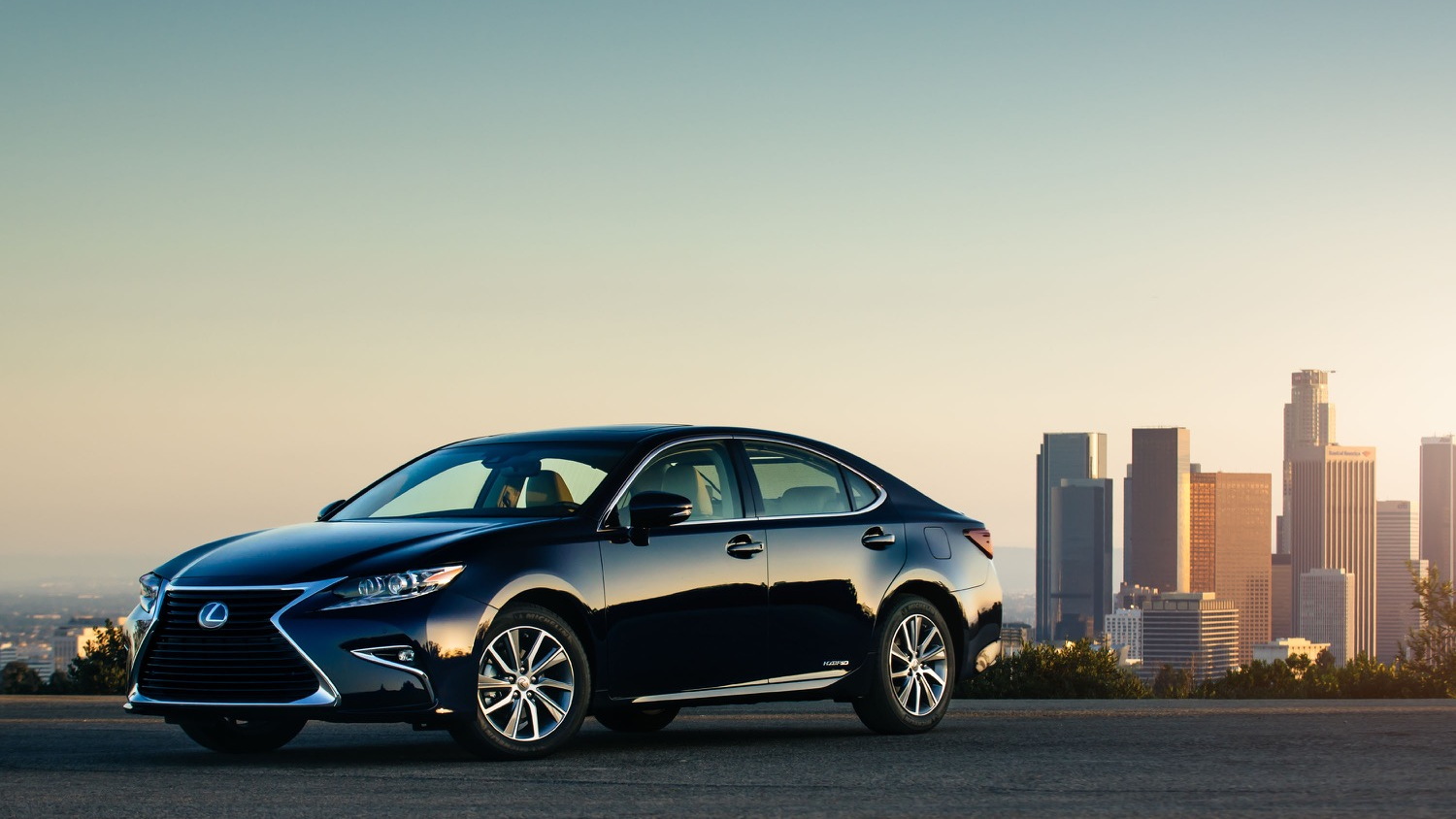 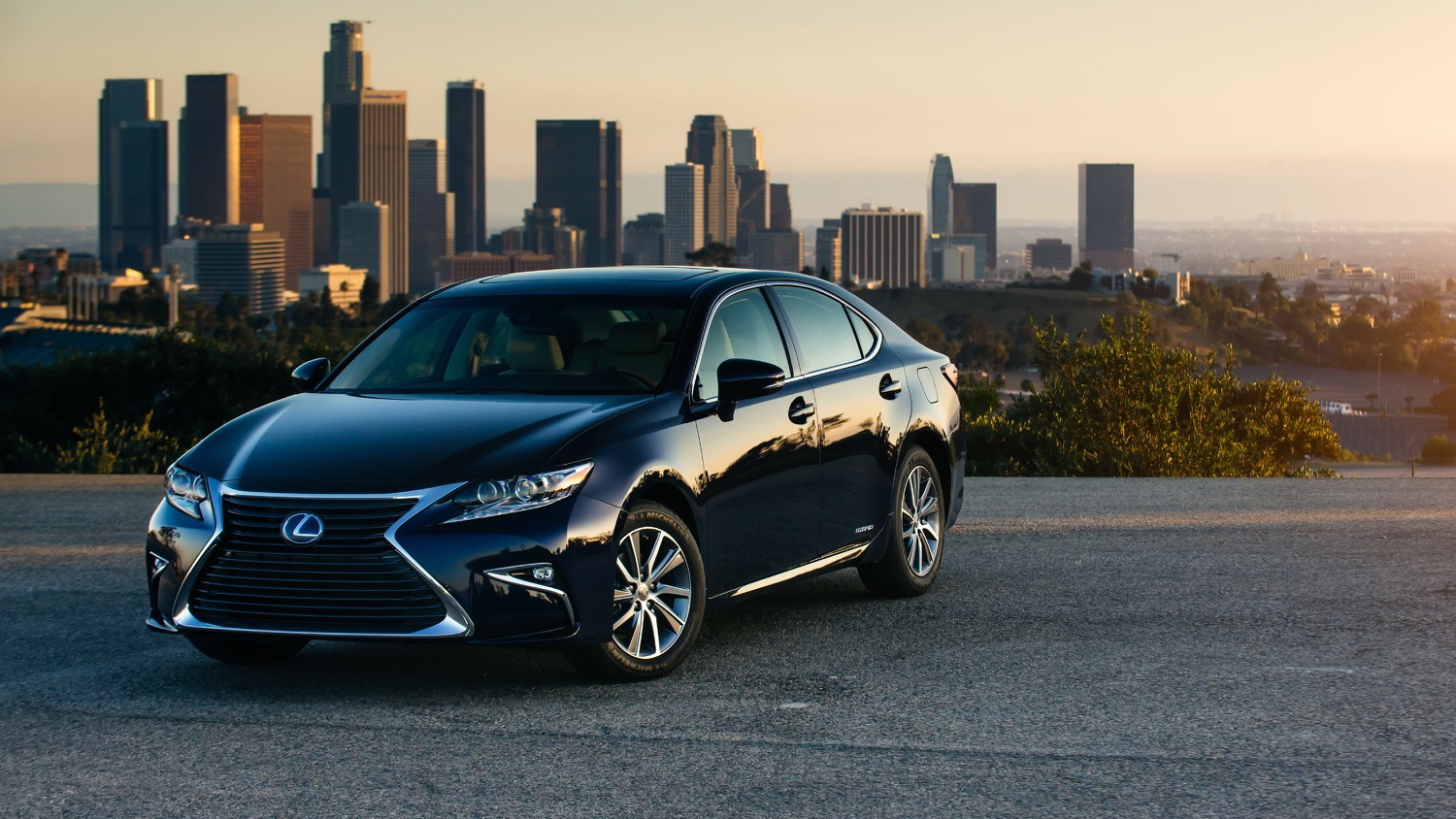 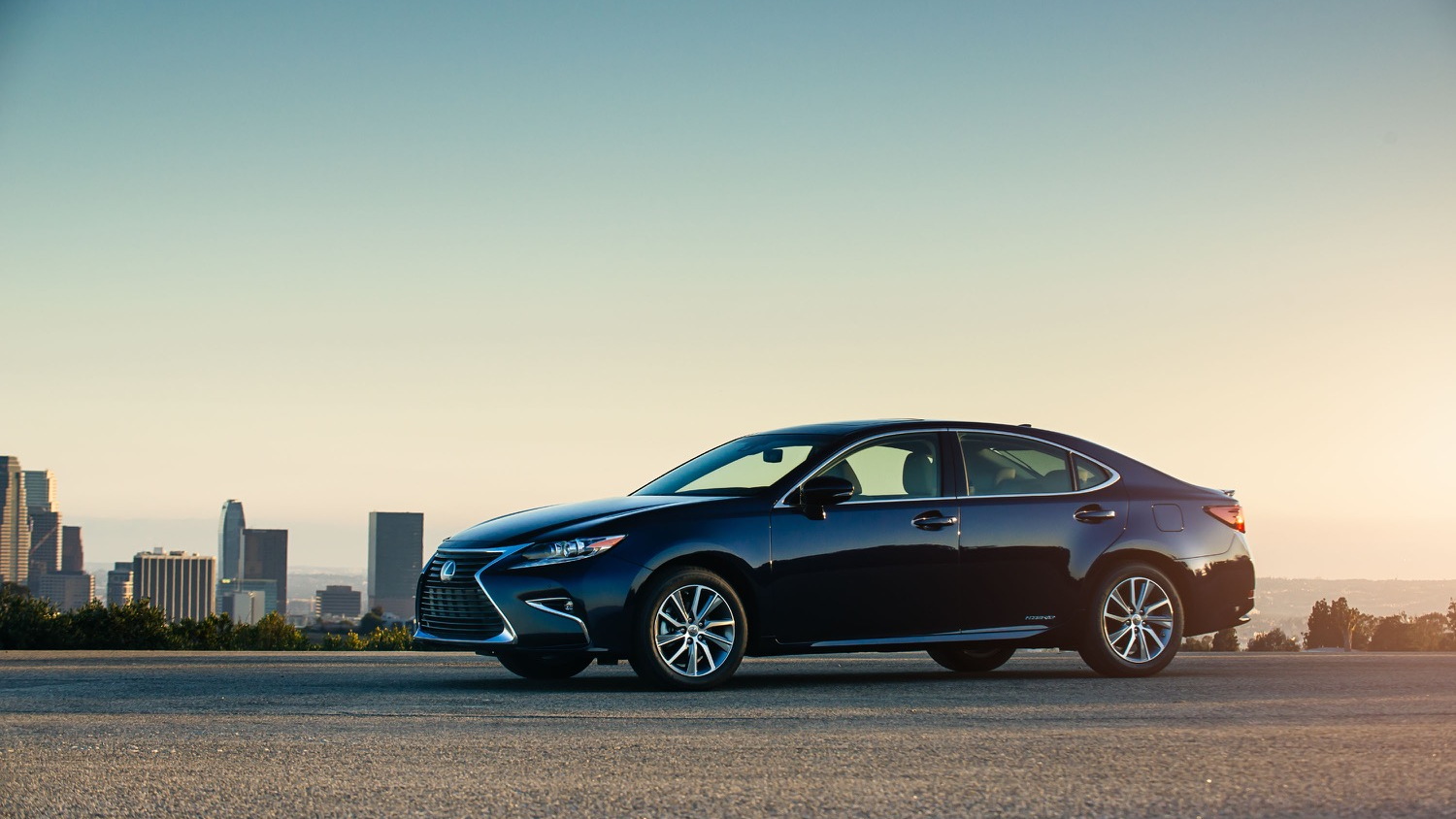 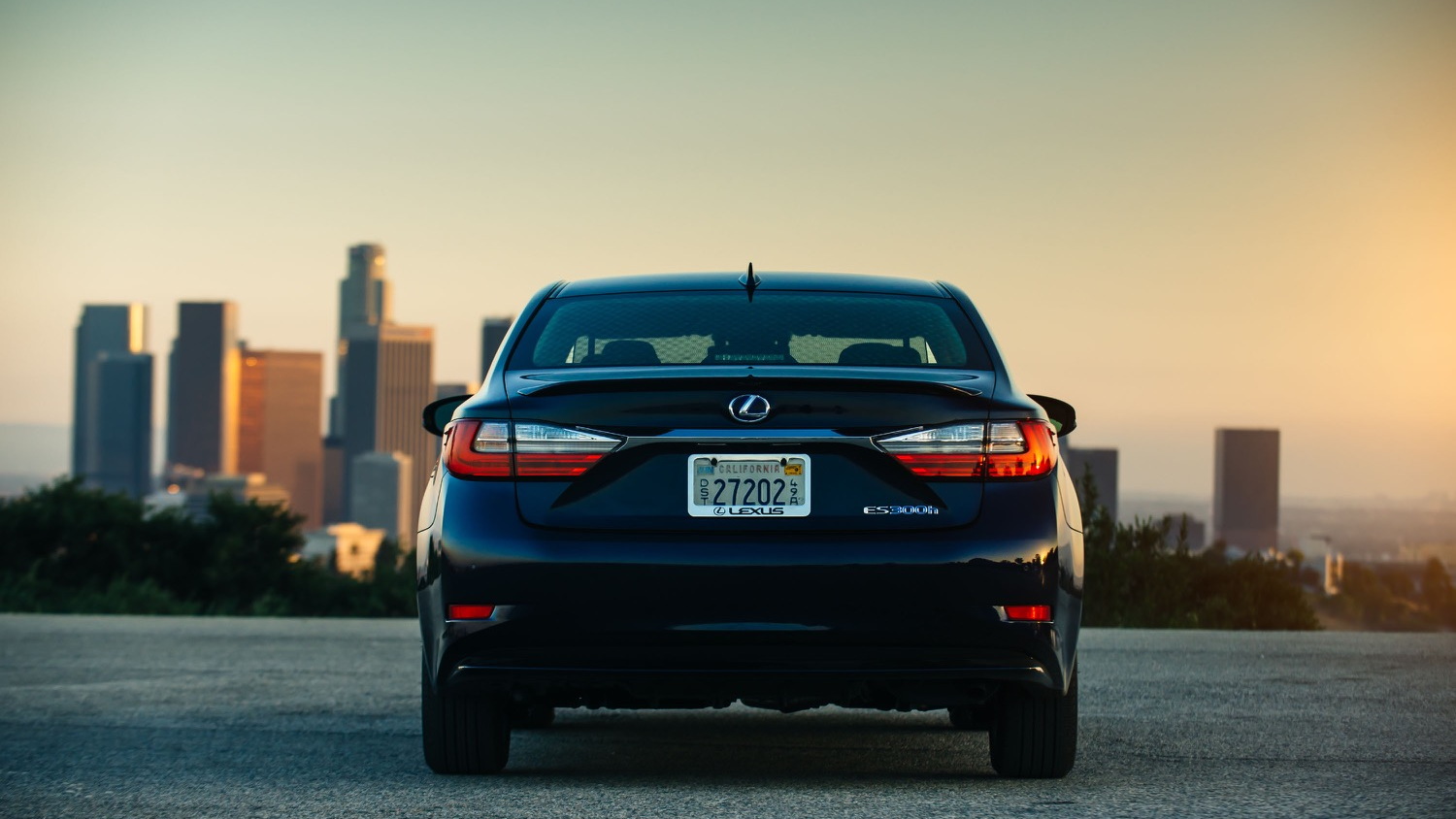 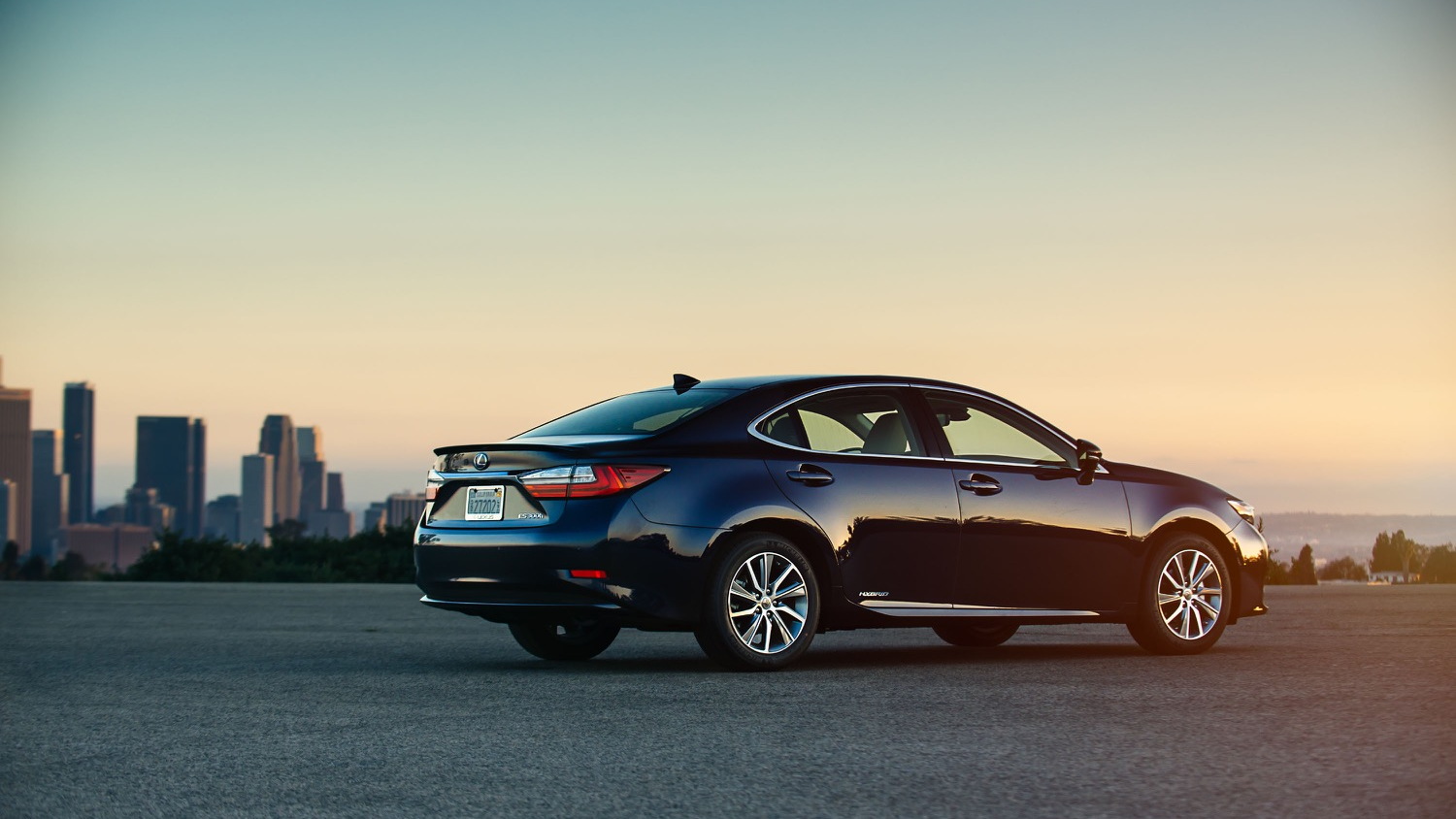 The Toyota Camry Hybrid was restyled for the 2015 model year, and now its Lexus ES 300h luxury sibling is getting a similar treatment.

First seen at the 2015 Shanghai Motor Show, the 2016 Lexus ES 300h looks considerably different from its predecessor, but is mechanically unchanged.

On the outside, the ES 300h gets a new front fascia with an enlarged, one-piece version of the "spindle" grille that's become a Lexus calling card.

Lighting has been upgraded front and back, with LED headlights and taillights with L-shaped elements: "L" for Lexus, presumably.

As before, the hybrid is distinguished from other ES models by its trunk spoiler, hidden exhaust pipe and model-specific badges.

Interior revisions include a new steering wheel and shift knob, additional color choices for the trim, and some changes in fabrics and surfaces.

Another new technology feature for 2016 is Lexus Enform Service Connect, which allows owners to use an app (iOS only) or a website to set push notifications for vehicle maintenance.

What hasn't changed is the hybrid powertrain--which still consists of a 2.5-liter Atkinson-cycle four-cylinder engine and the Toyota Hybrid Synergy Drive system, which uses a pair of electric motors that substitute for a transmission.

This is the same arrangement used since the ES added its hybrid variant in the last redesign, for the 2013 model year.

Total system output is still a nice round 200 horsepower, sent to the front wheels.

That's nearly the same as the 40 mpg combined (41 mpg city, 39 mpg highway) of the 2016 Lincoln MKZ Hybrid--another luxury model based on a mainstream mid-size sedan, in this case the Ford Fusion.