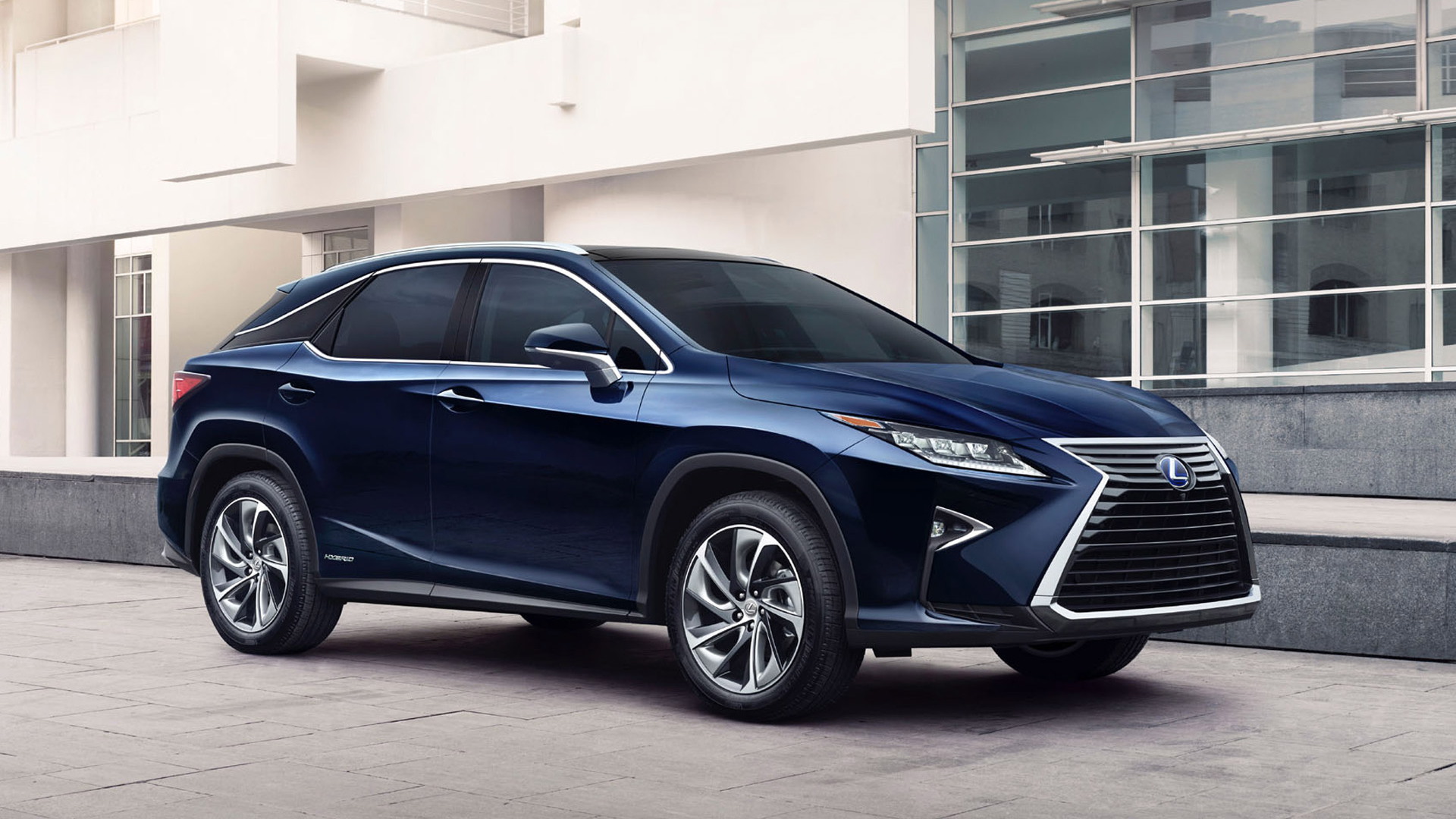 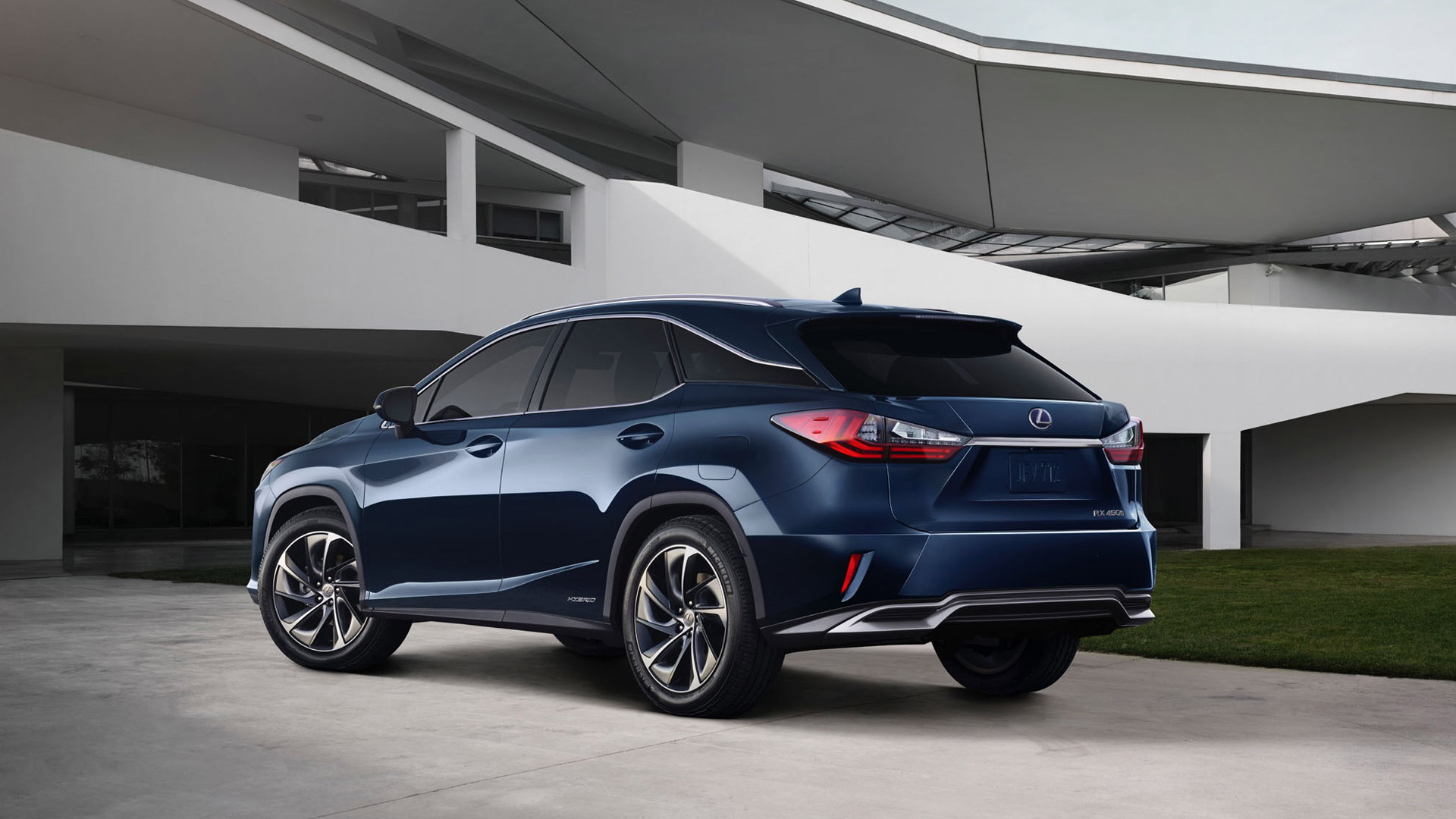 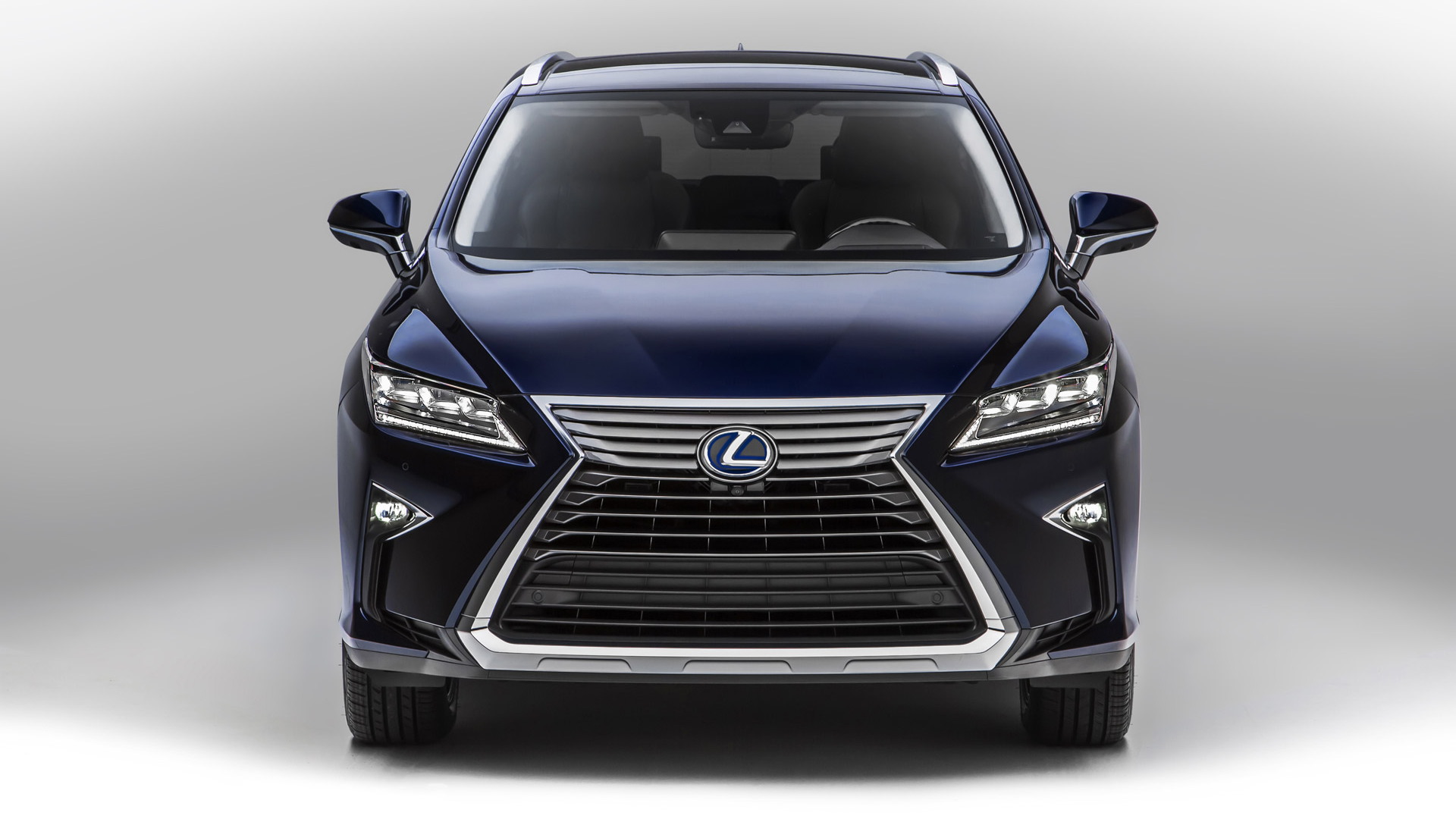 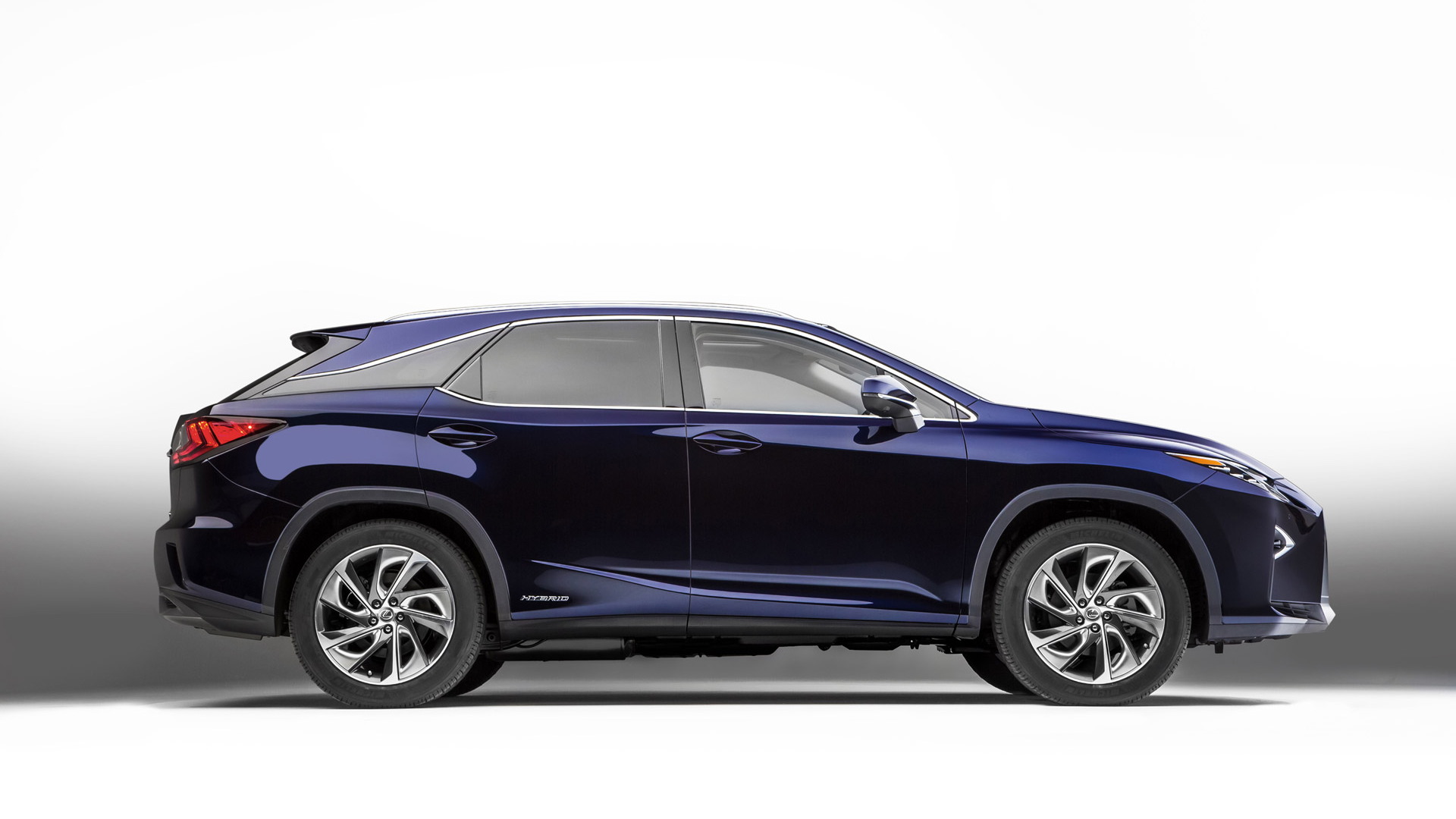 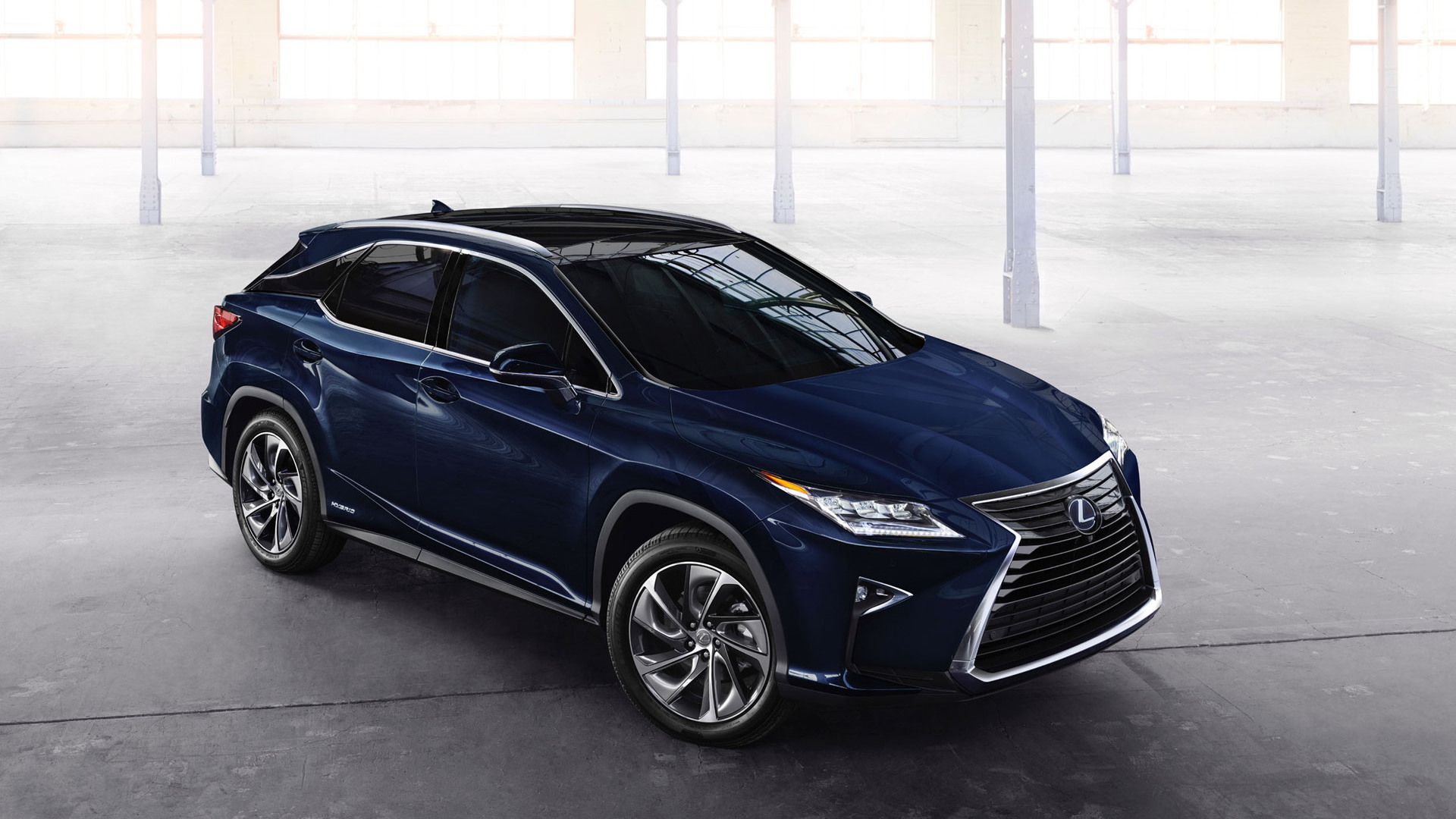 When it first appeared back in 1998, the Lexus RX practically invented the luxury crossover-utility segment.

In 2005, it also became the first vehicle of its type offered with a hybrid powertrain--and Lexus has been bullish on the RX Hybrid ever since.

More than 15 years later, the fourth-generation 2016 Lexus RX has appeared at the 2015 New York Auto Show--and a hybrid model is once again part of the lineup.

The 2016 RX adopts more-aggressive styling, similar to that of the compact NX crossover, with a large "spindle" grille and angular sides that look like they could be used to grate cheese.

That new sheetmetal conceals a chassis that uses significant amounts of aluminum to save weight, although Lexus isn't discussing specific figures.

The chassis itself is related to that of the current-generation Toyota Highlander.

Unlike the Toyota, the RX will launch with seating for five only, but a seven-seat option may appear later for the first time in the model's history.

Despite the dramatically-different body, the 2016 RX 450h hybrid powertrain appears largely unchanged from the current model's.

Expect an all-wheel drive version with an additional electric motor powering the rear wheels some time after launch.

In addition, the non-hybrid 2016 RX 350 features a standalone 3.5-liter V-6 with the same 300-hp output as the hybrid, coupled to an eight-speed automatic transmission and either front-wheel drive or all-wheel drive.

The interior also gets an update to bring it in line with current Lexus design conventions, meaning less wood trim and more technology.

That includes an optional head-up display and 12.3-inch screen in front, as well as a rear-seat entertainment system with dual 11.6-inch screens mounted to the backs of the front headrests.

Parent Toyota introduced its own version of the package--dubbed Toyota Safety Sense--on its 2016 RAV4 Hybrid in New York.

The 2016 Lexus RX 450h is expected to go on sale later this year. Pricing and EPA gas-mileage ratings will be published closer to the on-sale date.

When it does go on sale, the new RX will be a crucial model for Lexus. The current version provides close to half of the brand's U.S. sales.

For more from the 2015 New York Auto Show, head over to our dedicated news page.