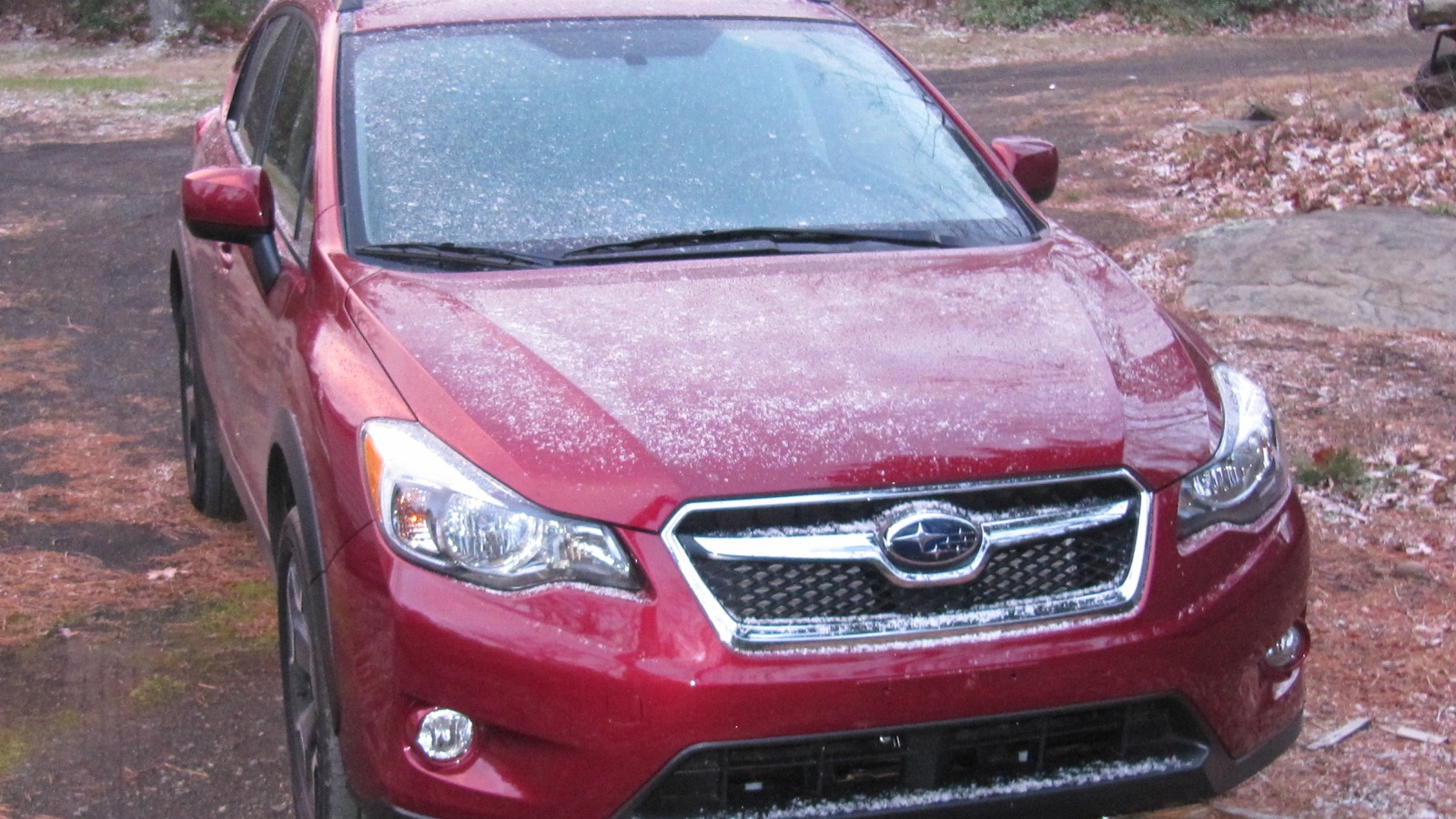 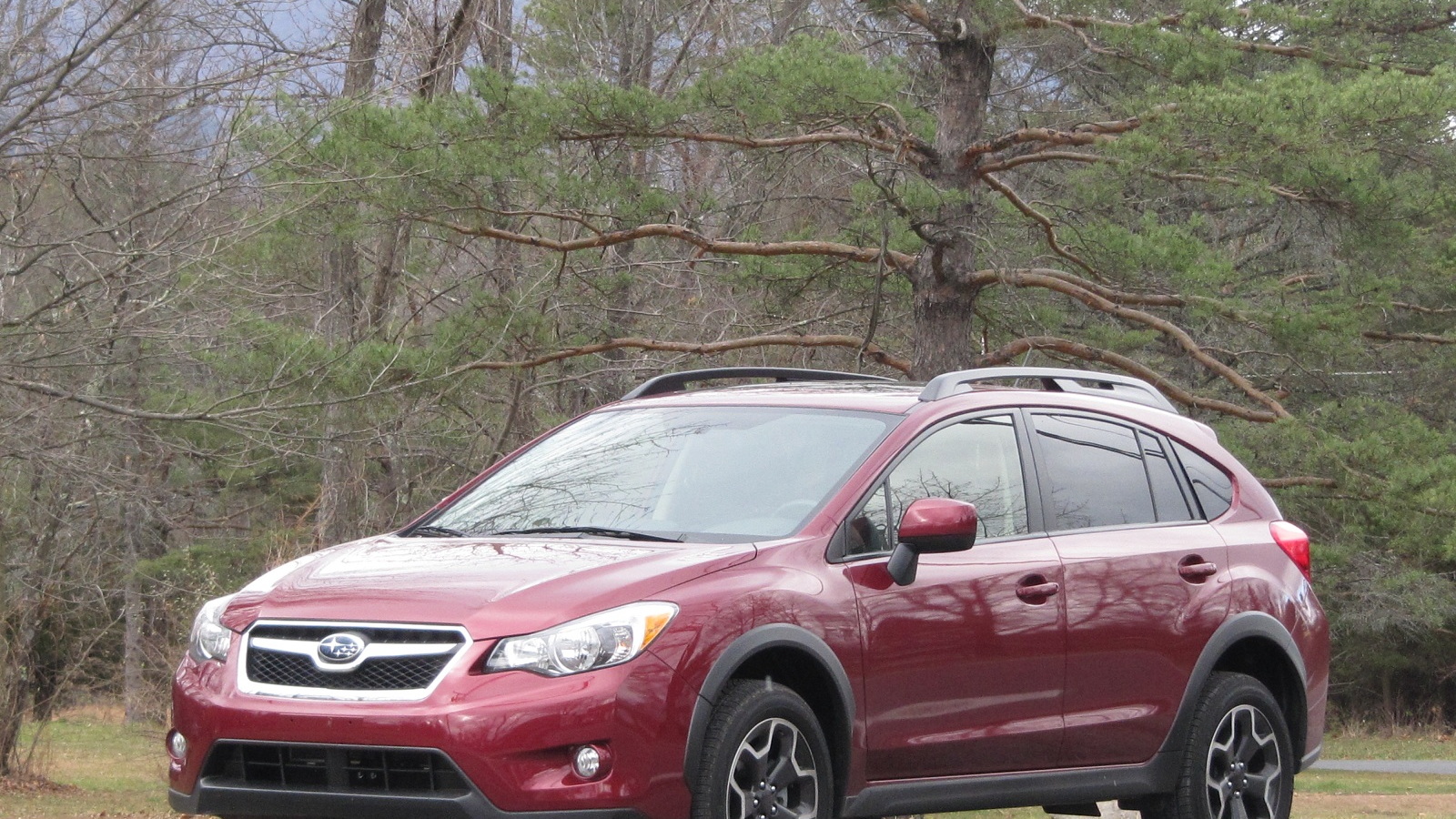 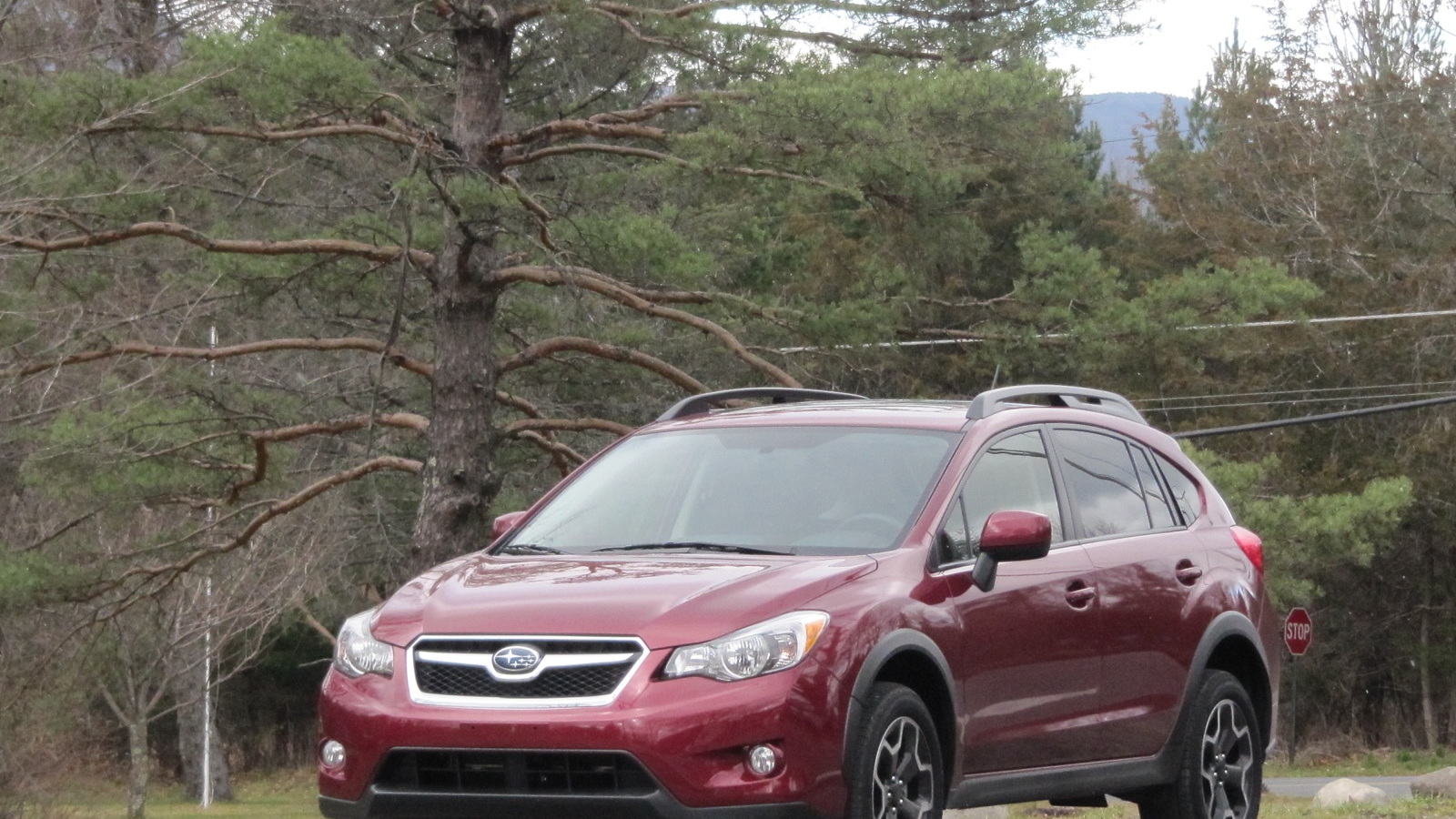 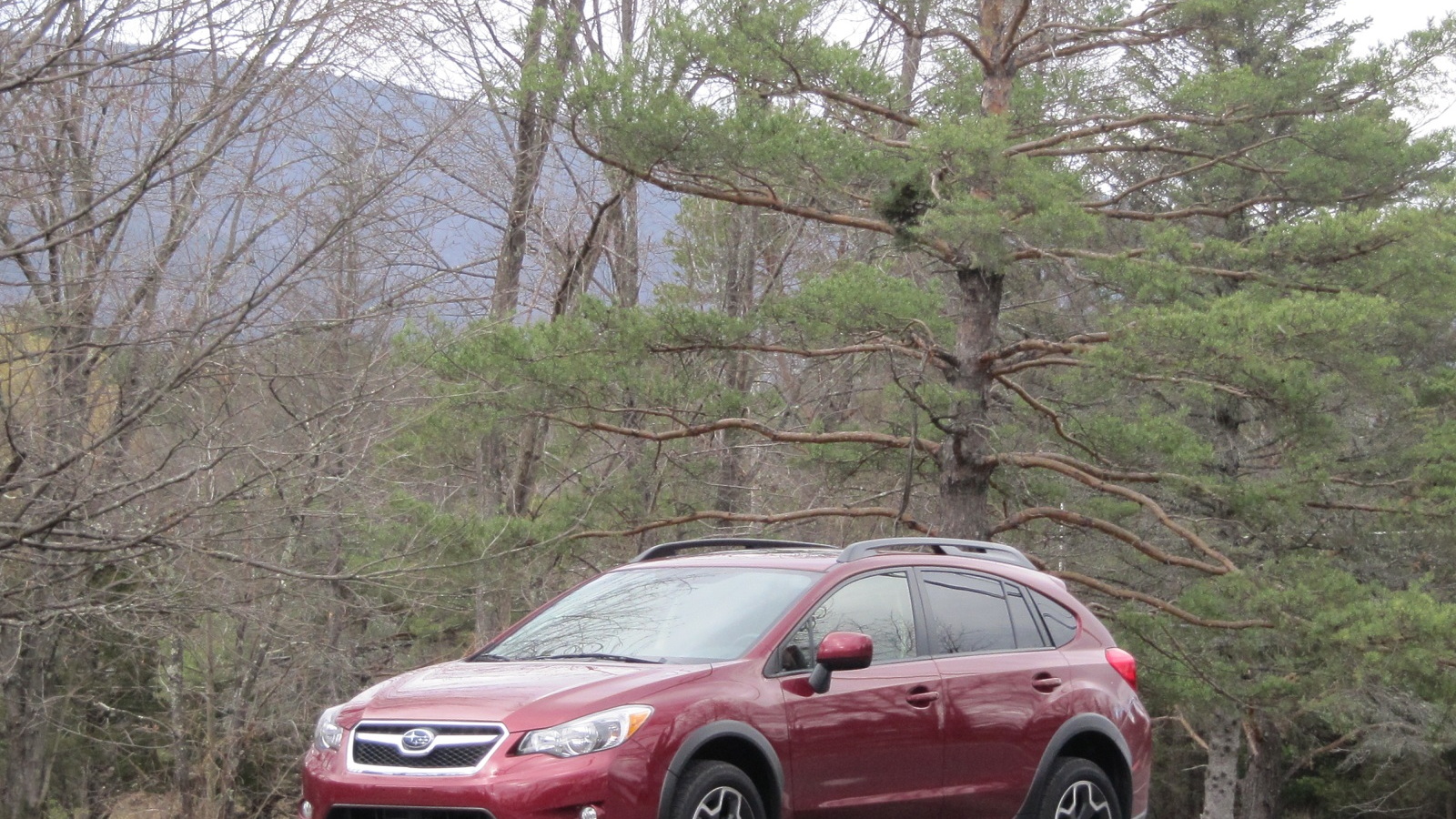 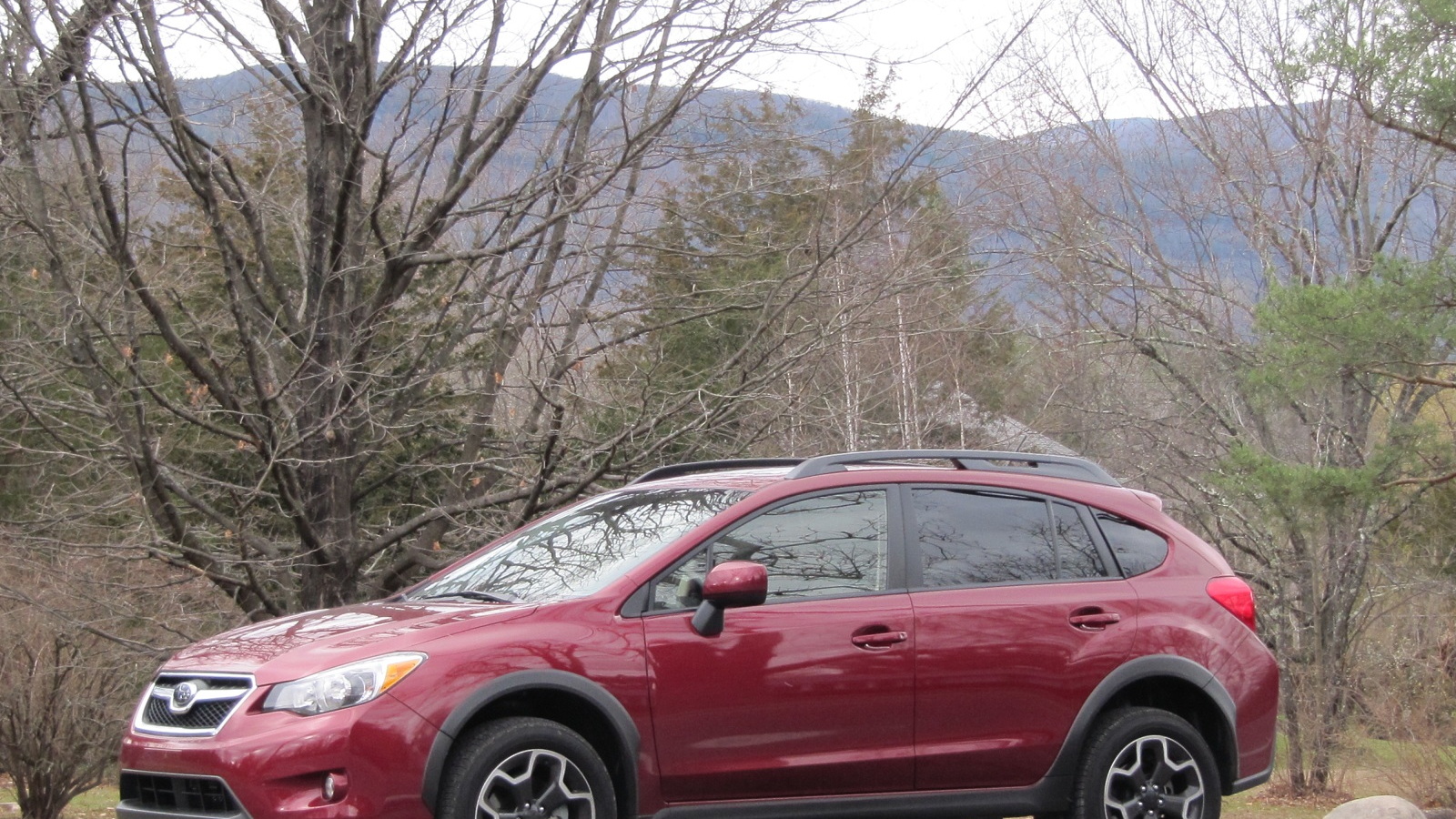 Every auto journalist has biases; ours is a predisposition to Subarus, of which we've owned four.

So we were eager to test the 2013 Subaru XV Crosstrek, a new model this year.

That's more or less the same recipe that turned the meek Legacy wagon into the enormously successful Outback crossover in 1995, but applied to a compact hatchback.

And, of course, like all Subarus sold in the U.S. (except the limited-production BRZ sports coupe), the Crosstrek comes with standard all-wheel drive.

It nominally competes with high-volume compact crossovers, but it's smaller and easier to maneuver than the likes of the Toyota RAV4, Honda CR-V, Ford Escape, and Subaru's own successful Forester.

But in reality, it's more likely to be cross-shopped against the regular Impreza, the oddly styled but fun Nissan Juke, and the Mini Cooper Countryman--along with the soon-to-launch Fiat 500L.

Along with its Impreza sibling, the Crosstrek is one of the greener all-wheel drive cars on the market.

Both cars use a 148-hp 2.0-liter flat-four engine, with either a five-speed manual gearbox or Subaru's Lineartronic continuously variable transmission (CVT), which delivers better mileage.

The Crosstrek comes in 1 mpg lower than the rating for the Juke with CVT, but we found that in real-world usage, the all-wheel drive Juke delivered disturbingly low fuel efficiency: about 22 mpg.

While the XV Crosstrek is also 2 mpg lower than the combined rating for the Mini Cooper Countryman with six-speed manual, it's better than the Countryman's automatic model, at 27 mpg, which is likely to be the better seller. (Gas mileage for the Fiat 500L hasn't yet been rated.)

Over a lengthy test drive of 700 miles, two-thirds of it at speeds of 50 mph or higher, our 2013 XV Crosstrek returned an average of 30.3 mpg under some hard driving.

That's impressive for a non-hybrid AWD vehicle. And with its larger 15.9-gallon gas tank, that gives it a range of almost 500 miles.

We also liked its around-town handling, the upright seating position (with a height-adjustable driver's seat), the good visibility, and the general mountain-goat adroitness of the small crossover.

Subaru has tuned its CVT to deliver punchy acceleration off the line, before letting the engine speed rise higher for best efficiency. This may be the least annoying CVT we've driven.

Given the small engine in a car saddled with the extra weight of a mechanical all-wheel drive, the Crosstrek runs out of steam on the top end--just as we found the Impreza did as well.

What we hadn't expected, after two different test drives in the Subaru Impreza (including a First Drive last year), was the Crosstrek's radically different road feel at speeds above 60 mph.

The Subaru VX Crosstrek was, simply, one of the most nervous--and hence least enjoyable--cars we've driven at freeway speeds in the last few years.

It wandered easily, its steering was numb, and it proved surprisingly susceptible to crosswinds--none of which applied to the Impreza.

On smooth pavement, the tires hummed rather like an electric motor. That was tolerable.

But on grooved concrete at 60 mph or more, they howled, sang, roared, thumped, and made so much noise that we repeatedly found ourselves turning up the audio system several notches and raising our voices even to talk to a passenger sitting beside us.

We suspect it all has to do with the much beefier 17-inch wheels and all-weather tires, combined with a significantly raised ride height.

But Subaru's chassis engineers need to take another crack at it, because after more than 200 miles at speeds up to 75 mph on Interstate highways, we actively disliked its freeway behavior.

And that's a comment we've never before made about any Subaru we've driven in more than 25 years.

Our colleague Bengt Halvorson, who drove the XV Crosstrek at its debut media event in Hawaii, notes that the island's roads were both very smooth and speed-limited to 55 mph.

The Crosstrek interior is that of the Impreza, which Subaru redesigned for the 2012 model year.

It's simple, functional, and basic, though despite the leather seating surfaces, the all-black color in a dark Venetian Red Pearl car felt a little dark and monotonous.

And while Subaru added soft-touch materials to the dash and other surfaces in the redesign, it's got an almost sticky consistency that's not close to the best in the class.

There seem to be a few quirks in the car's audio system. The small navigation system works well enough, but the USB port wouldn't charge any device we connected to it--and the glovebox was just a shade too small to hold an iPad, meaning we had to slide it under the seat.

Perhaps Subaru's audience of rock climbers, mountain bikers, kayakers, hikers, engineers, and others doesn't use iPads--or doesn't bring them along. But we doubt it.

Our 2013 Subaru XV Crosstrek 2.0i Limited CVT carried a base price of $24,495, and had just one option, a $2,000 package that included both the in-dash navigation and the sunroof--both items we'd likely have forgone.

So it all depends what you're willing to give up if you prefer the looks, attitude, and demeanor of the more Outback-like Crosstrek over the conventional Impreza hatchback.

If you go that way--and there are many reasons you might--just make sure you drive it on the highway first.

For more details, see the full review of the 2013 Subaru SV Crosstrek on our sister site, TheCarConnection.