Tesla Motors has said that its Nevada lithium-ion cell "Gigafactory" will be the largest of its kind in the world.

And a massive factory requires a massive number of workers.

However, many of the people at the Gigafactory at first will not be employees of Tesla, but rather of its battery-supply partner, Panasonic.

The Japanese company will send several hundred employees to Nevada this fall to prepare for the start of cell production, Reuters reports.

He also said Panasonic plans to invest $478 million this fiscal year in the Gigafactory, as well as a joint development project with Spanish automotive supplier Ficosa International. 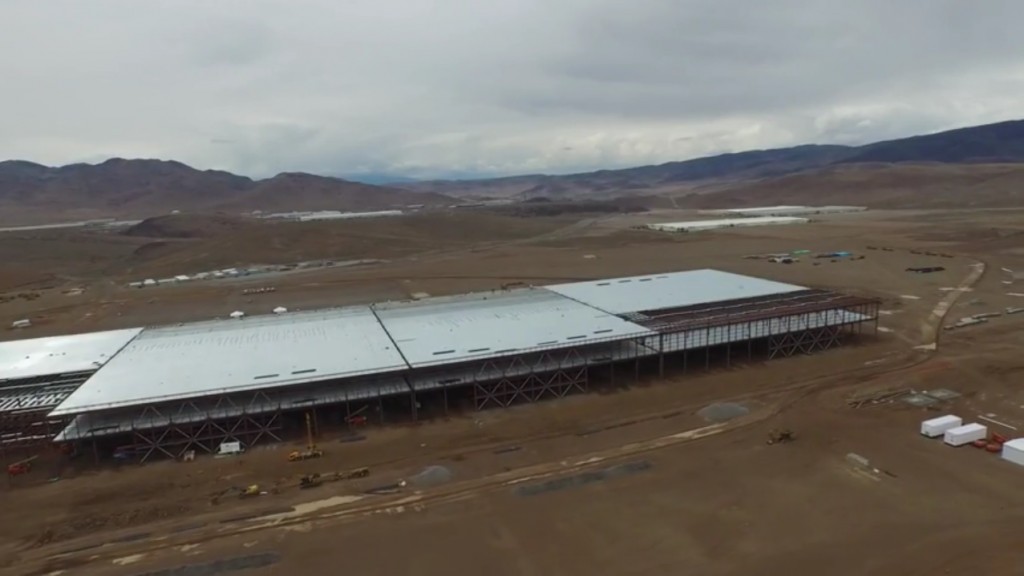 Tesla gigafactory as photographed by drone, May 17, 2015 [screen capture from YouTube video]

Under an agreement announced last year, Panasonic will assist Tesla in setting up the Gigafactory, and help to fund the project.

The company--which already supplies batteries for the Model S and owns a small stake in Tesla--will supply equipment needed for cell fabrication, and oversee the factory's operation.

According to previously-released terms, roughly half of the factory will be devoted to cell production supervised by Panasonic. The other half is to be occupied by suppliers and assembly lines for modules and battery packs.

Panasonic has said that it will invest at least $92 million in the estimated $5 billion Gigafactory project.

The majority of cells produced at the Gigafactory are currently planned for use in the 200-mile Tesla Model 3 electric car.

The economies of scale offered by such a large factory will be necessary to hit Tesla's target price of $35,000 for the car.

MORE: Panasonic To Invest Hundreds Of Millions In Tesla Gigafactory To Start (Oct 2014)

Some production capacity will also be devoted to battery packs for Tesla's recently-announced energy-storage venture, which will produce stationary-storage systems for use by homeowners, businesses, and electrical utilities.

Between cars and storage batteries, Tesla could find that demand rises to the point that it would continue to buy cells from Panasonic's existing plants in Japan as well.