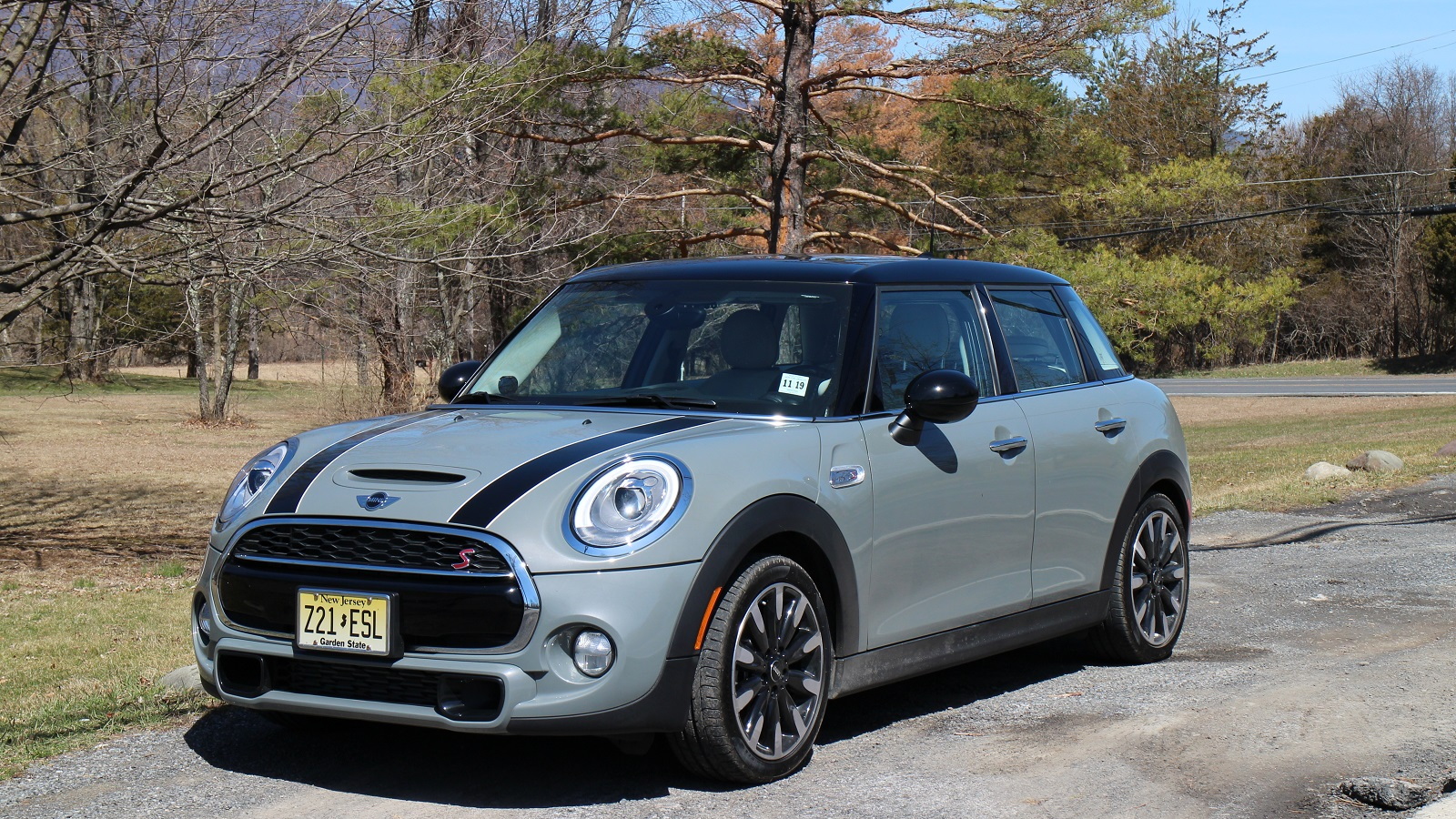 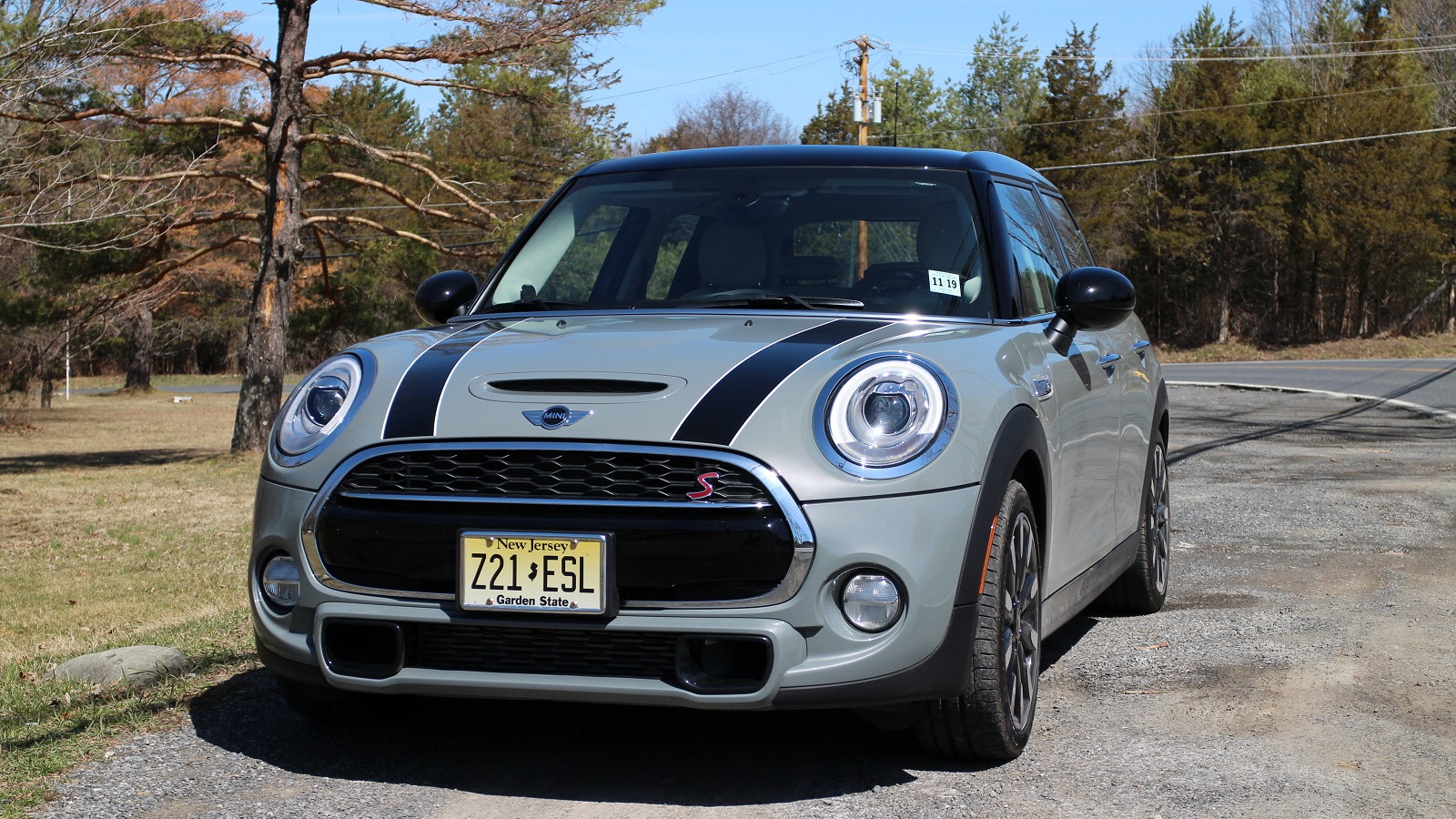 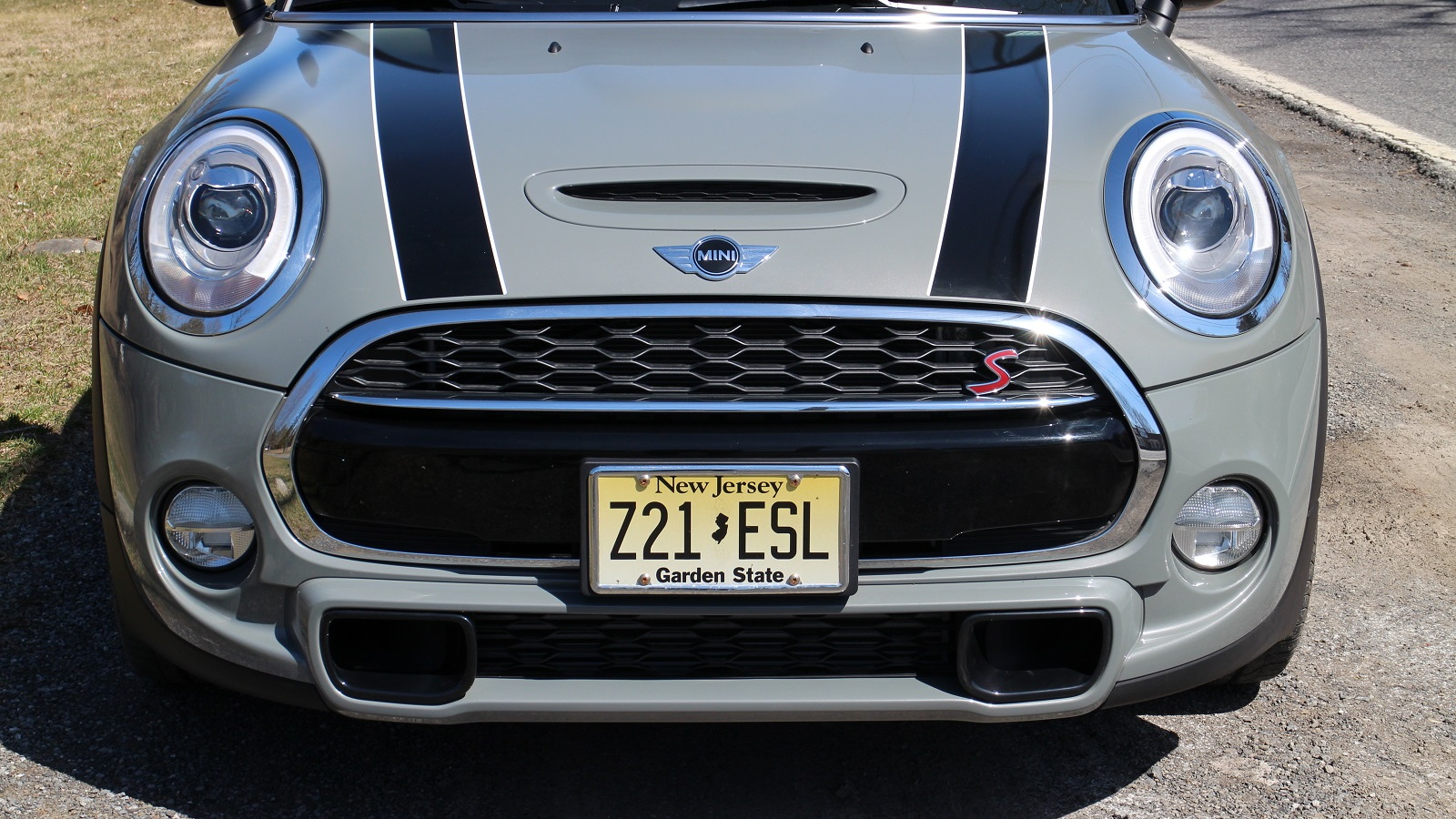 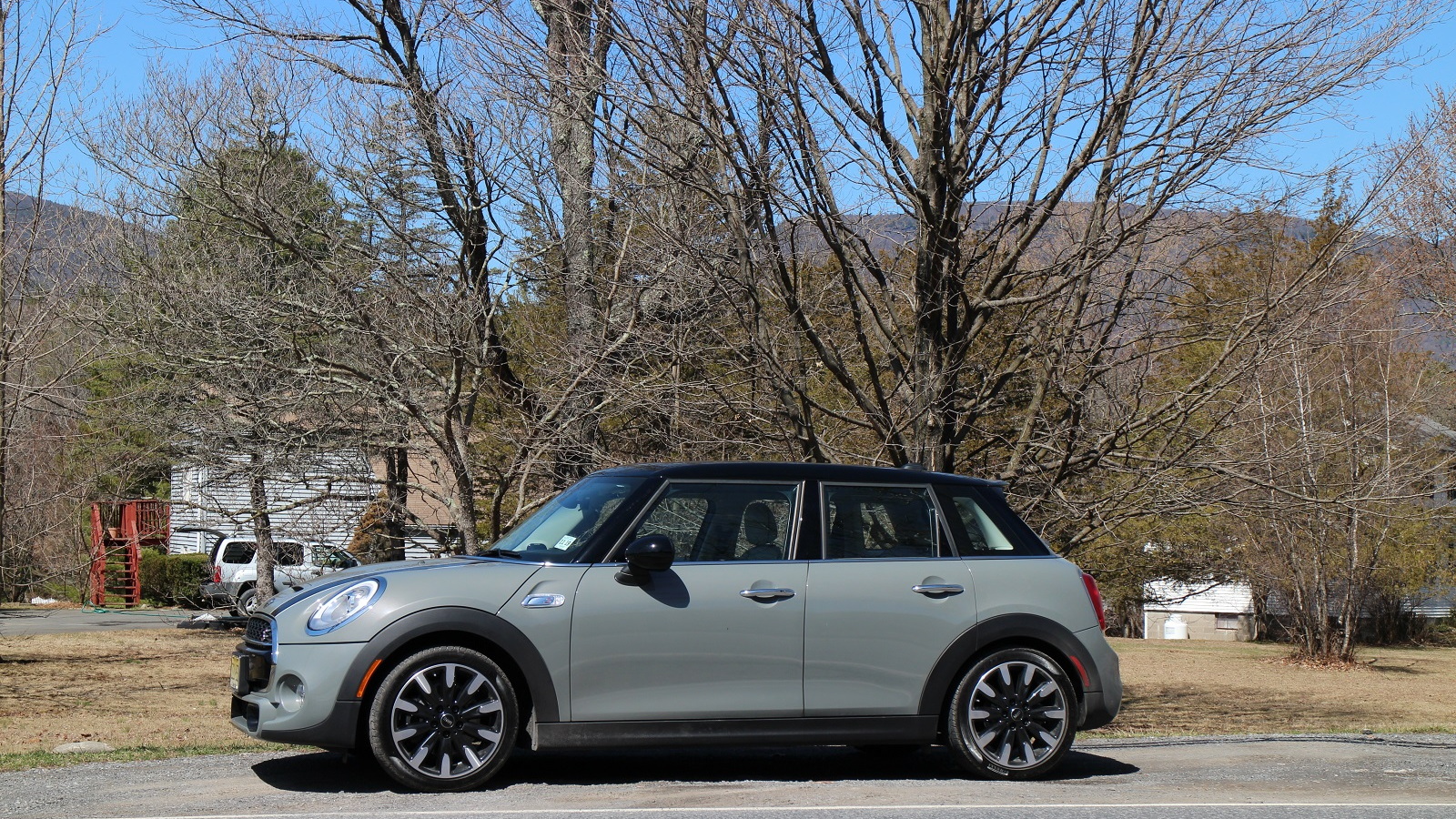 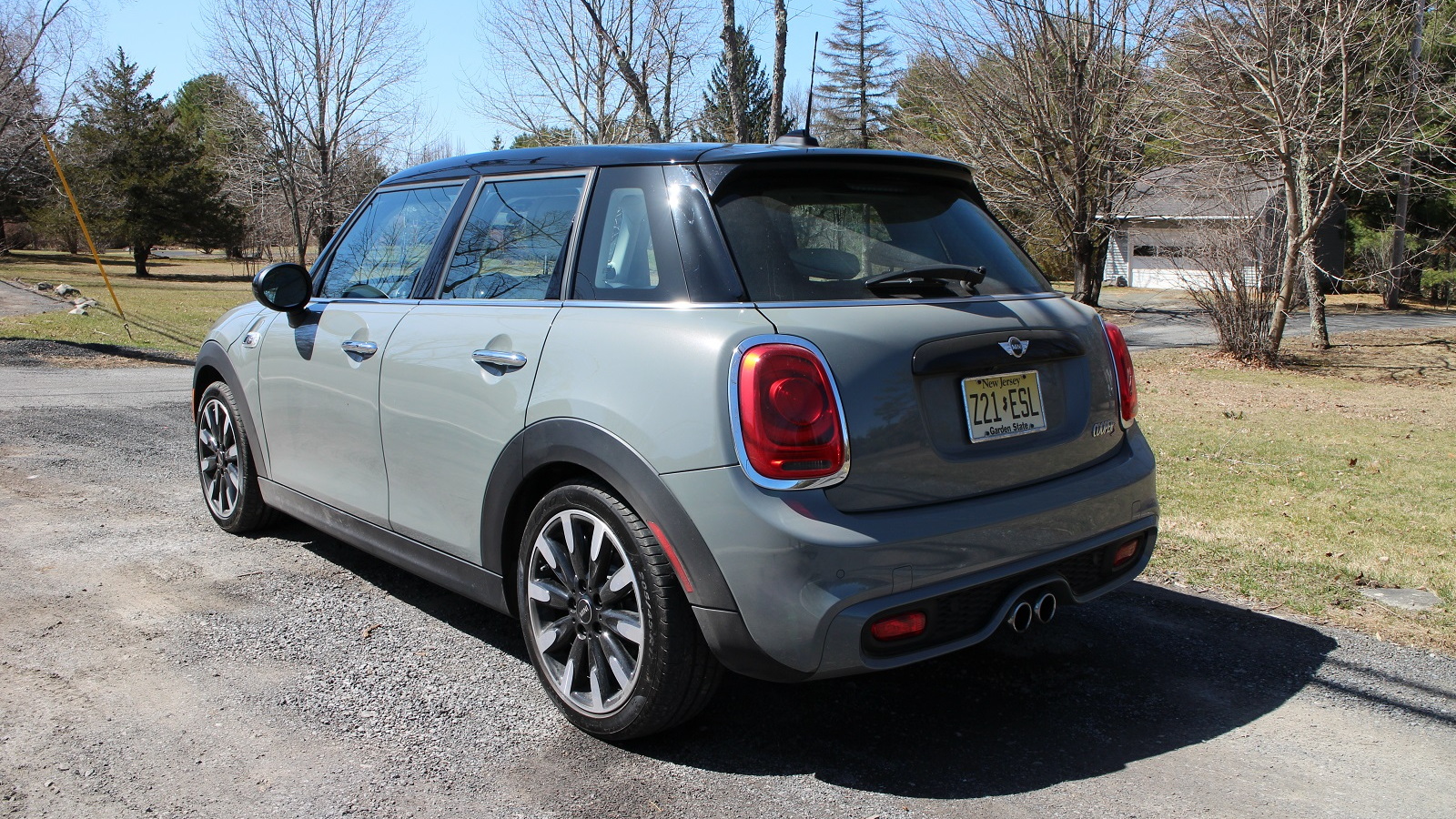 In various forms, the MINI has been with us for more than half a century--but its image has always been shaped by the two-door model.

The original BMC Mini had two doors and a small trunk; the BMW MINI from 2002 is a more conventional three-door hatchback.

Now there's a five-door hatchback model as well, putting the 2015 MINI Cooper squarely into the heart of the global subcompact market.

Or, as MINI calls it, a "Hardtop 4-door" (that also happens to have a cargo hatch that goes unmentioned).

Now we've had a chance to test the expanded MINI Cooper Hardtop 4-Door, in its more powerful Cooper S trim.

That means it has a turbocharged 2.0-liter four-cylinder engine producing 189 horsepower and 207 lb-ft of torque. This test car too was fitted with the six-speed manual gearbox.

The three-door, three-cylinder version was not only fun--and far more civilized than the two preceding generations of modern MINI--but delivered 40 mpg over our lengthy 615-mile journey (mostly highway miles) against a 33-mpg EPA combined rating that topped out at 40 mpg highway.

Our test of the more powerful and larger Cooper S Hardtop 4-Door was shorter, at 234 miles along our usual route of two-thirds highway mileage and one-third stop-and-go city and suburban travel.

So we conclude that unlike some small cars, both versions of the MINI seem to deliver on their EPA ratings.

As for the rest of the car, read our full review (in the first link above). But we did notice a few things.

Perhaps we just need to get used to it, but with the rear wheels so close to the corners and all the added length between the wheels, it somewhat resembles a daschund to us.

The rear doors are small nonetheless, and the rear seat remains marginal for adults. It's certainly easier to get in and out of than the three-door, but it's nowhere near the space of a Honda Fit or Chevy Sonic, to name two more mass-market subcompacts.

The inside was the same quirky but functional mix we had enjoyed in last year's car, with the same vertical pillars and windshield glass much further away than expected (chalk it up to modern crash-safety requirements).

We liked the comfortable and well-bolstered seats, and the two-tone upholstery definitely lightened the interior and reduced the slightly grim effect of the stock all-black interior.

For a 2015 car, we missed having adaptive cruise control and blind-spot monitoring, even in such a small car.

That may reflect the fact that most vehicles provided by carmakers for testing having every last option known to man--but it also indicates the degree to which advanced safety systems are spreading throughout all new cars.

And the more powerful Cooper S engine? Definitely faster than the three, but not that much faster--to the degree that we'd question whether it's really worth the upgrade.

Plus, the four doesn't have the charmingly irregular exhaust note of the base three--even though both engines deliver both driving fun and reasonable fuel efficiency along with their undeniable MINI style.

That basic three-cylinder three-door MINI Cooper starts around $20,000, add two more doors and upgrade to the Cooper S spec and you find a starting price of $25,100.

Our test car had more than $8,000 of options on top of that, starting with the "Loaded" package that comprises both the Media Package (a center armrest plus some infotainment upgrades) and the Premium Package (keyless entry, a panoramic moonroof, the Harman/Kardon premium audio system, and added storage).

The MINI Navigation system was a reasonable $750, a cold-weather package with heated front seats and power folding mirrors tacked on $600. A rear-vision camera was $500, as were rear parking-distance control and the handsome Moonwalk Gray metallic paint.

Finally, there was $200 for piano black interior surfaces--skip 'em, we're over that little fad--along with $100 for a Satellite Grey color line. Then there was the mandatory $850 delivery fee.

The total could have gone higher still with the addition of an automatic transmission and a handful of other options as well. As it was, the sticker came to $34,350--or 70 percent more than the entry-level MINI Cooper this year.

The secret to MINI's success as a business? MINI car, not such mini prices, seemingly.