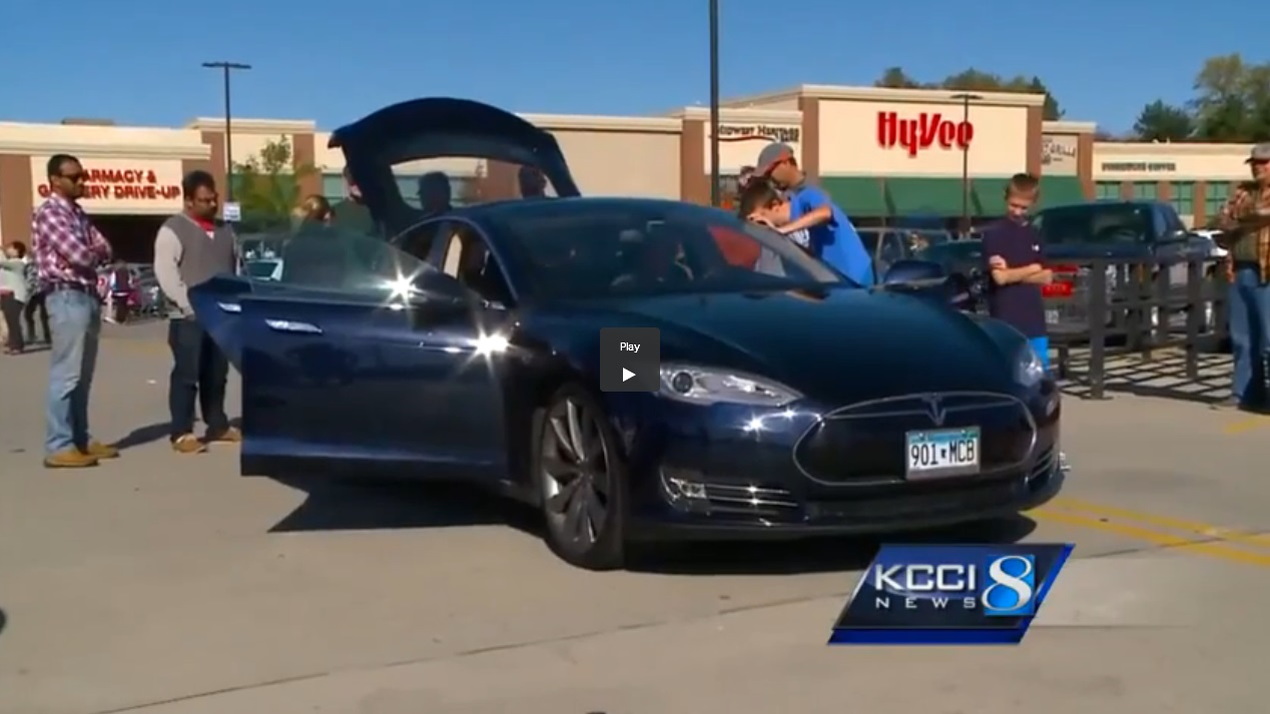 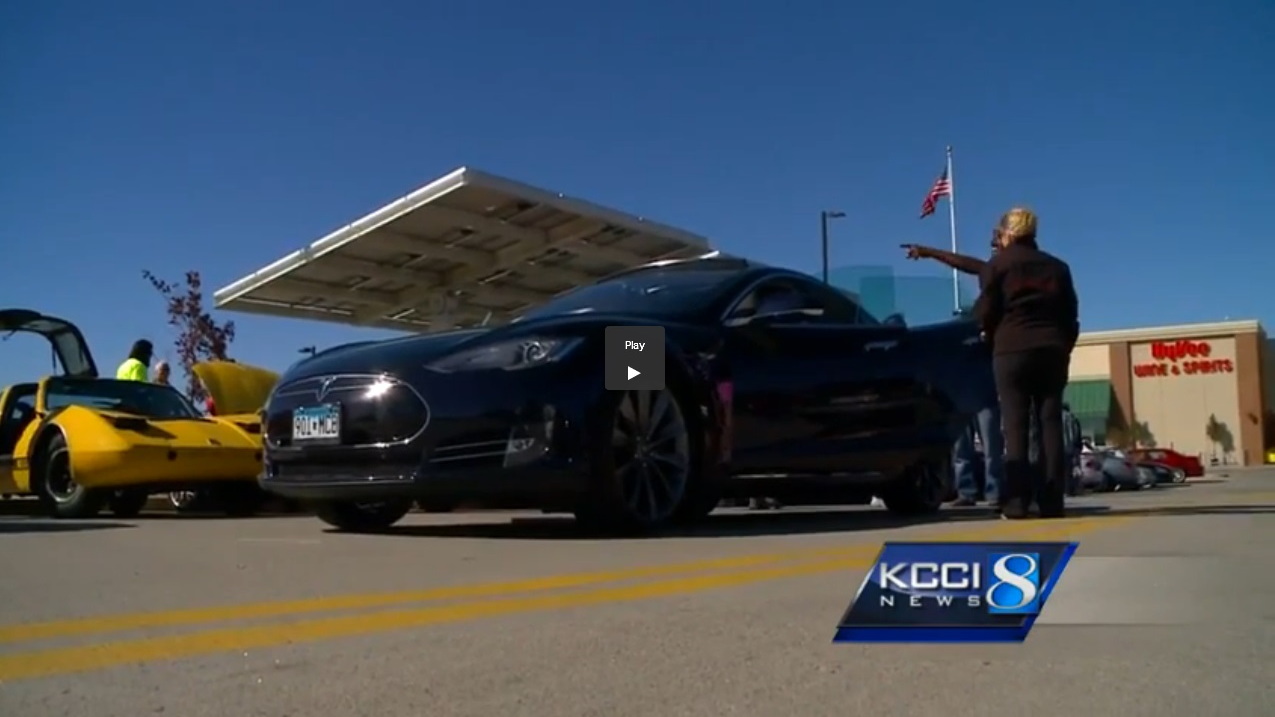 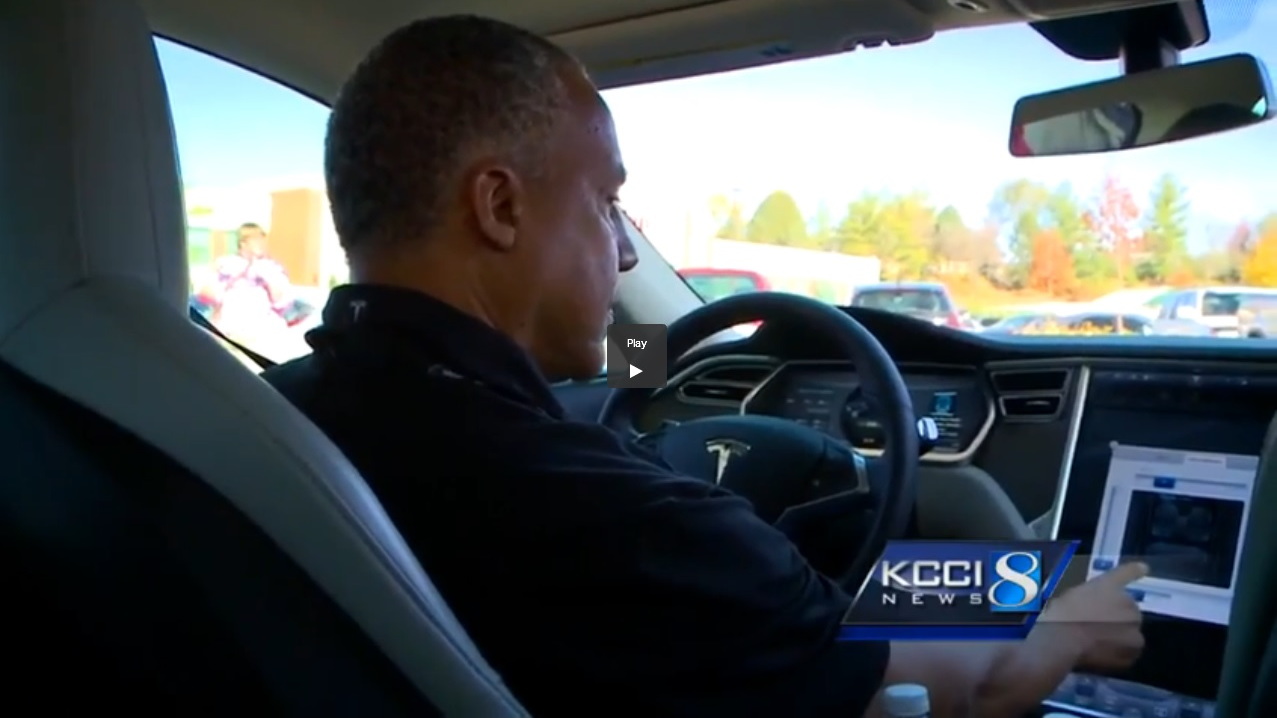 Suppose auto dealers in a neighboring state pressured their DoT to make Tesla Motors stop giving test drives of its Model S electric car--the same kind it now offers in more than a dozen other states.

What would you do?

If you were you a group of Tesla owners in Minnesota, you might just take matters into your own hands.

And that's exactly what Tesla owners from Minnesota did this past weekend: They drove south down Interstate 35 to Urbandale, Iowa, just outside Des Moines.

The volunteer-run test drive event was a response to the state's dealers success last month in getting the state Department of Transportation to shut down the last day of a Tesla demonstration drive.

Tesla owner and volunteer Eric Jackson of Hastings, Minnesota, explains the impetus for this weekend's event:

"A group of passionate Tesla owners from Minnesota who heard that their Iowa neighbors were being denied the chance to experience the [Model S] due to the DMV's interpretation of laws that shield auto dealers from competition," he wrote, "are opening up their doors and letting you hop inside their own Tesla vehicles."

Jackson set out from home early Saturday morning with a group of several other Tesla drivers.

In Urbandale, they were joined by local electric-car enthusiasts who brought their own vehicles, including a handful of converted and homebrew cars.

"This isn't us fighting anything," says Joseph, a local Tesla owner, in a video report by station KCCI 8 in Des Moines.

"I think everyone here understands that this is really just about sharing new technology. I mean, this to me looks just like any other car rally except for the lack of sound and smell."

Crowd reaction was largely positive, according to both Jackson and the video news report.

Iowan Dale Boom applauded the effort: "It's unreal. I think it's a good thing that they're doing it ... get it out there a little bit more."

The news report concludes by noting that Arizona, Maryland, and Texas have also banned Tesla events and sales--but points out that Iowa residents can still buy a Tesla online.

What it doesn't explicitly say is that, like Texans living under a similar ban, they'll have to take delivery of their cars outside Iowa borders before registering them in their home state.

What led Jackson and his compatriots to give up their weekend and undertake this journey?

"The dealer business model is archaic and is not in the best interest of the consumer," he wrote to Green Car Reports.

"Tesla's direct sales business model is a game changer in the auto industry, and will forever change how we all purchase our vehicles."

And, he concludes, presumably to car dealers in Iowa and elsewhere: "Welcome to the 21st Century."