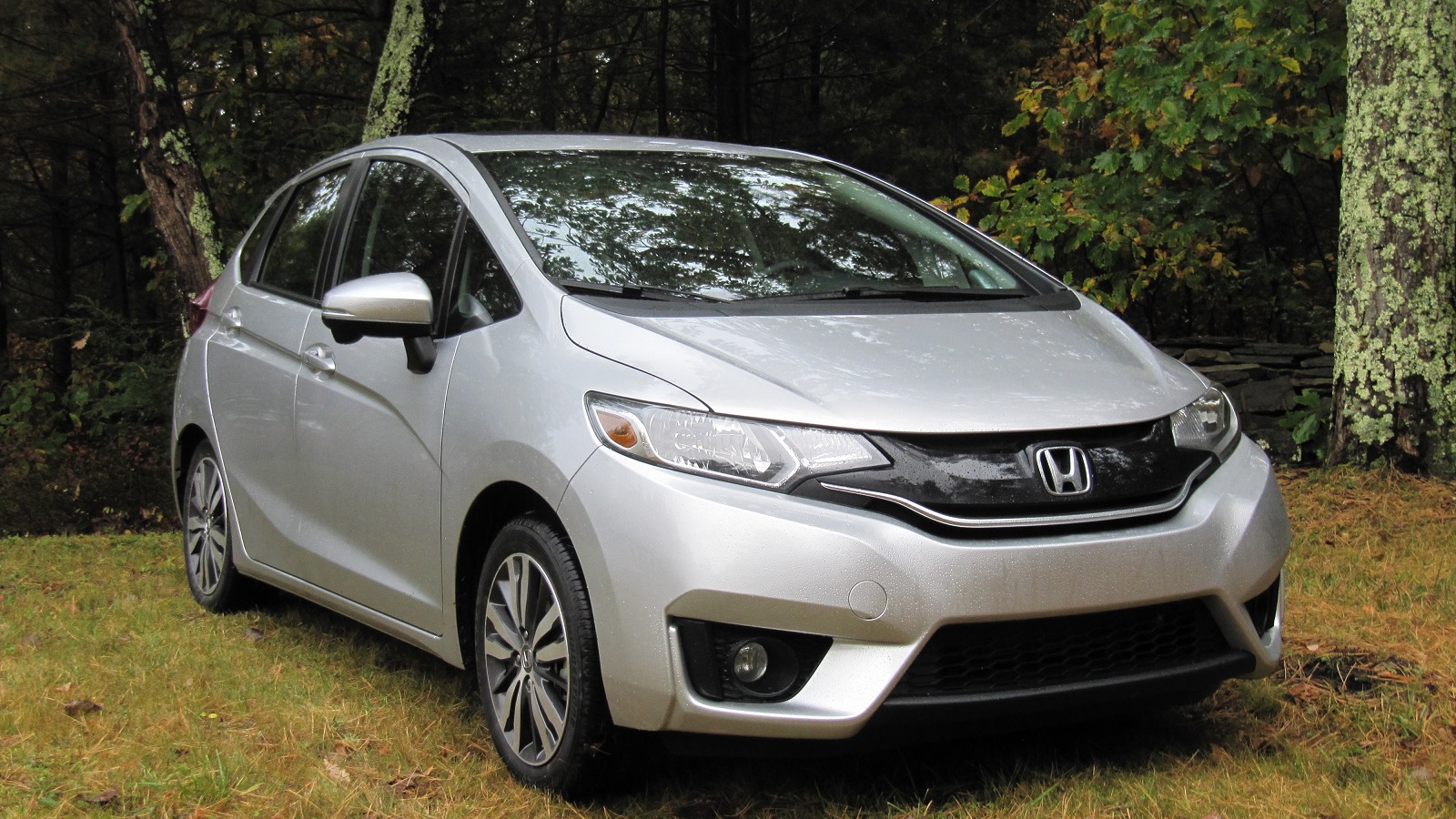 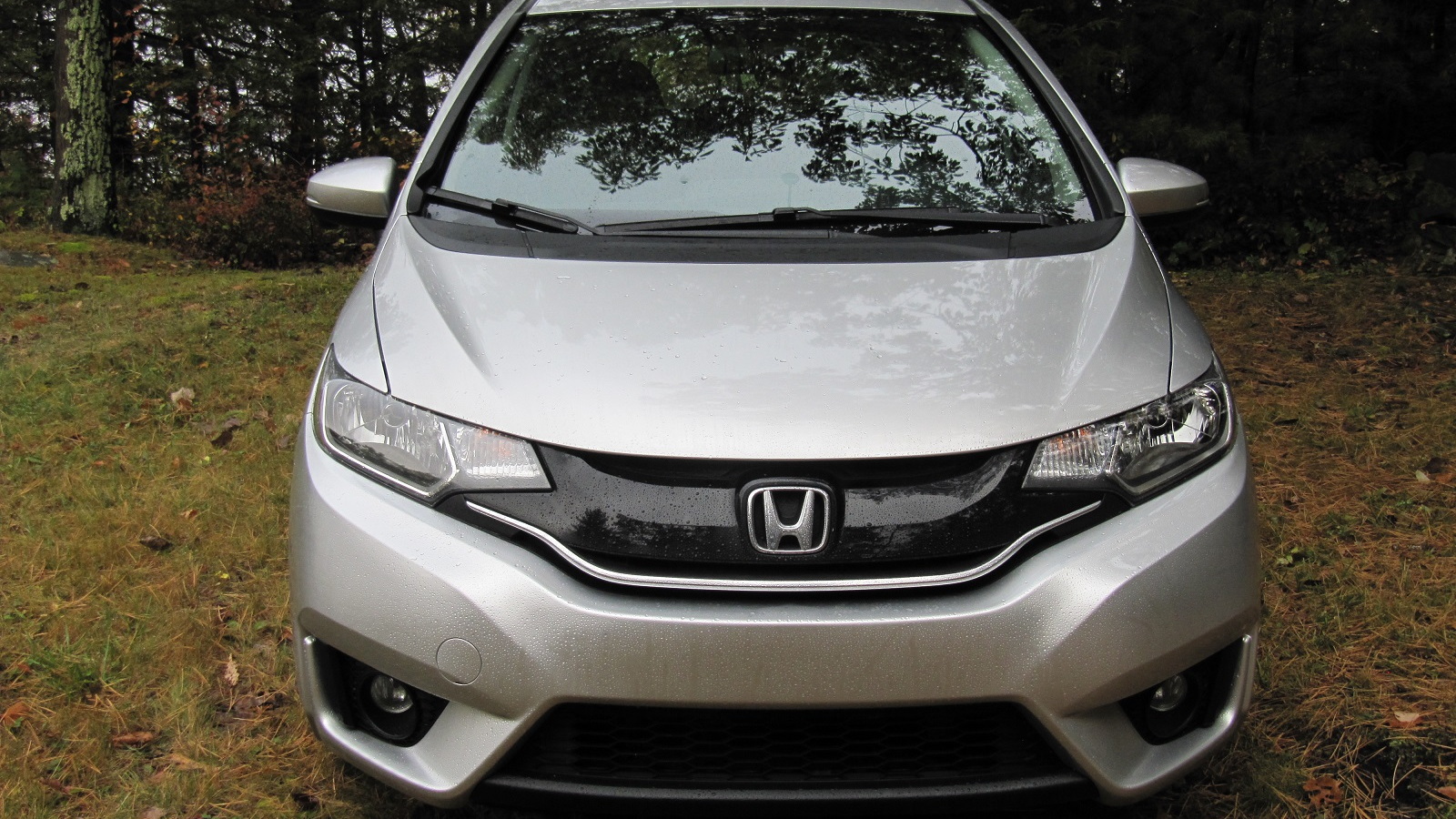 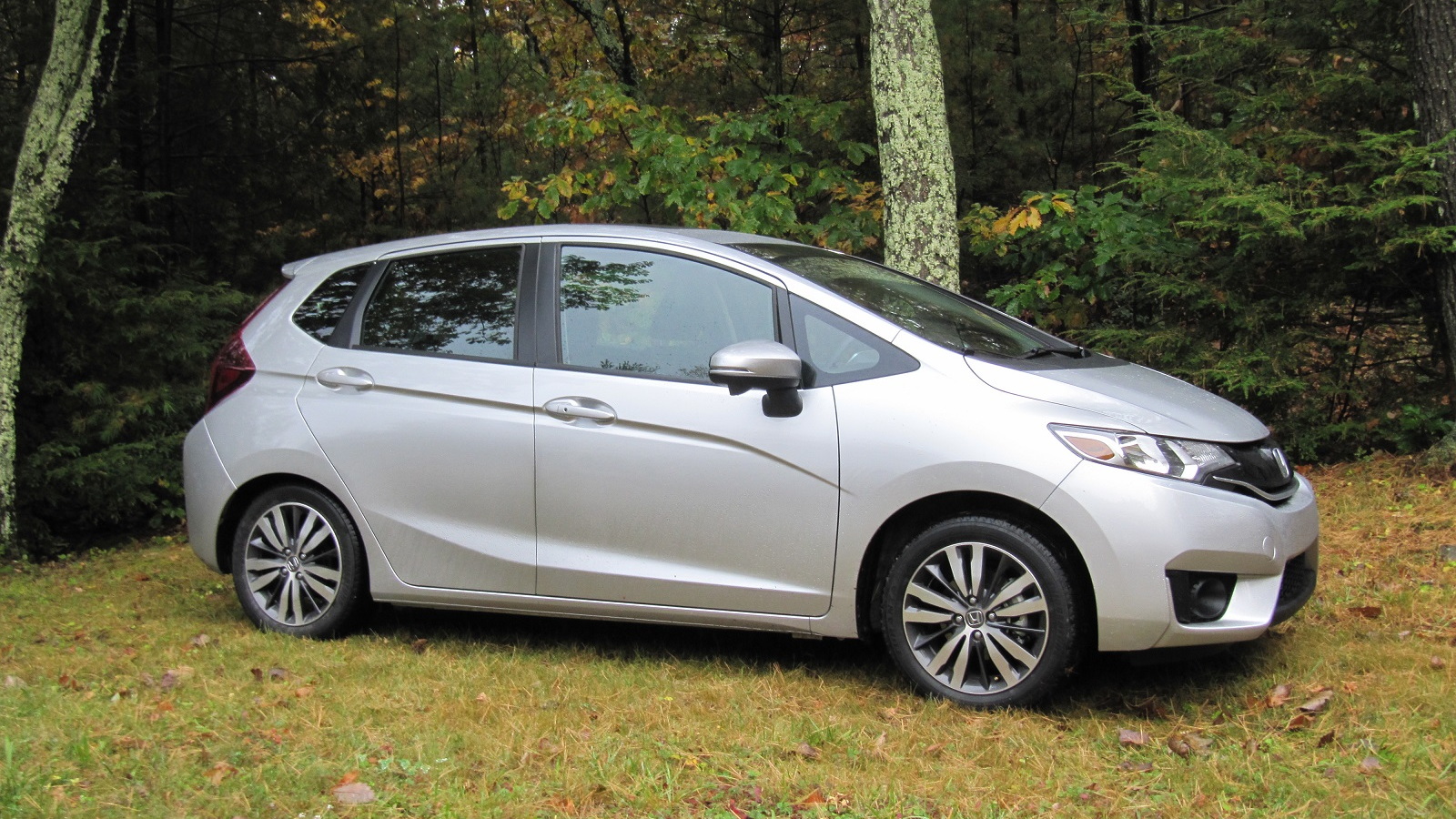 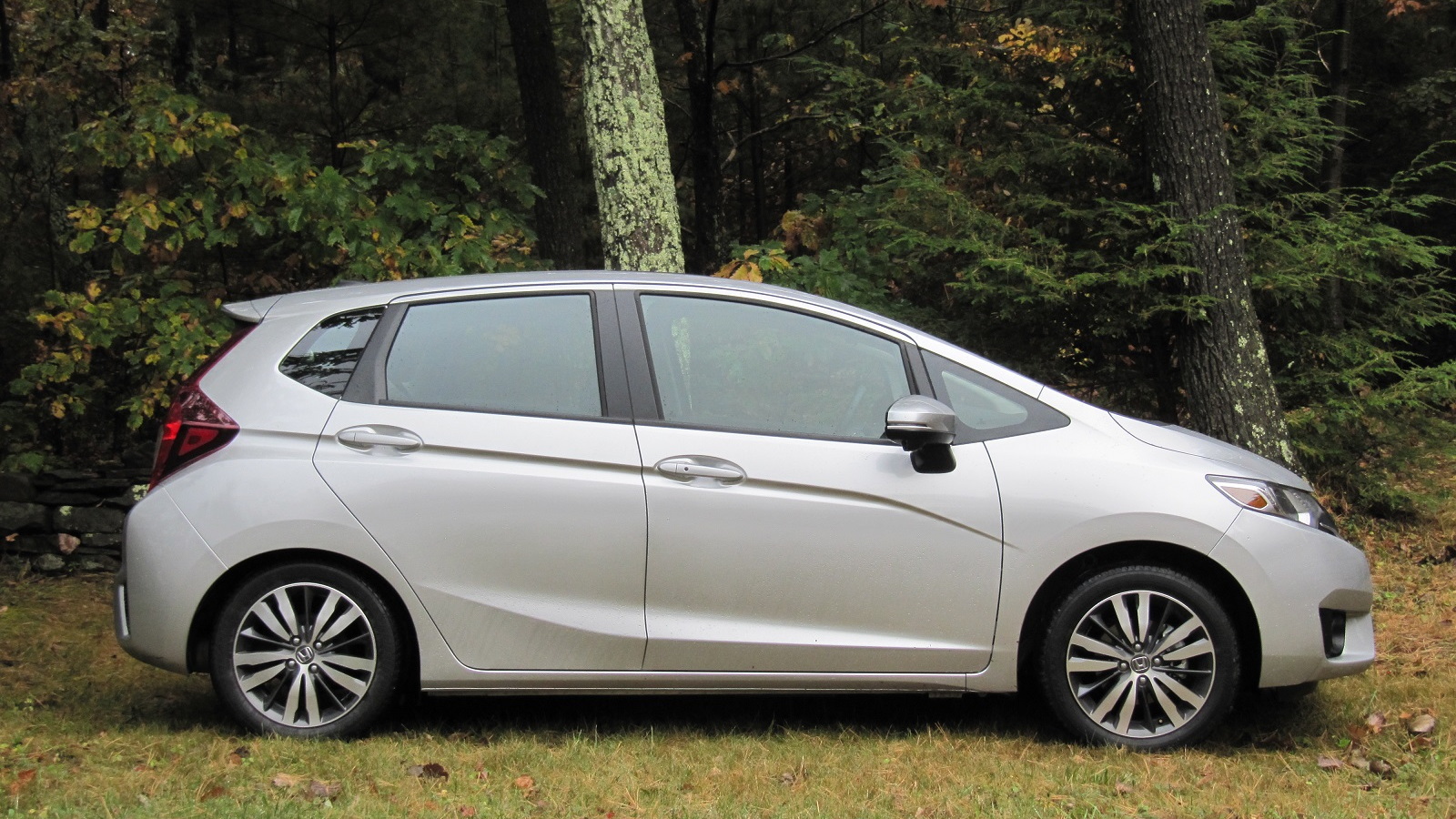 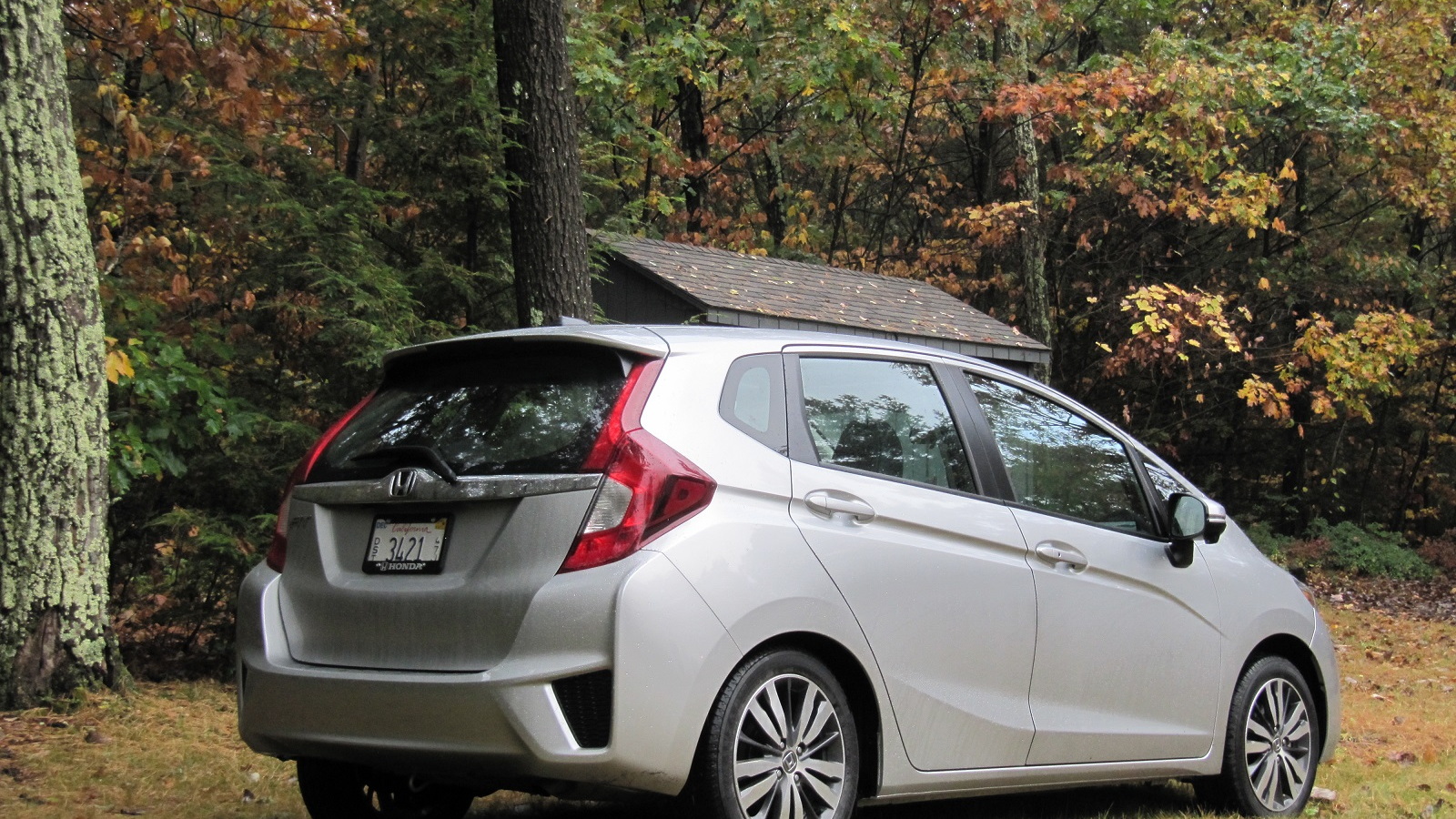 The 2015 Honda Fit subcompact is an entirely new model, and for North America, it's built in a new plant in Mexico.

That means that its launch was necessarily slow and cautious--in fact, it was delayed two months--and then a bumper upgrade to reinforce crash-safety welds hardly sped up the schedule.

But now the 2015 Fit is getting up to speed, and we've had a chance to spend a long weekend with a high-end model to test its gas mileage.

Honda now uses an EarthDreams direct-injected 130-horsepower 1.5-liter four-cylinder engine and a new continuously variable transmission (CVT) in the latest Fit, and its EPA ratings have soared from the previous generation.

The mid- and upper-level Fit EX models, however, are 86 pounds heavier; they receive a rating of 35 mpg combined (32 mpg city, 38 mpg highway).

A six-speed manual gearbox is available on the base Fit, but those models will likely be rare on the ground--especially since their gas-mileage ratings fall to 32 mpg combined (29 mpg city, 37 mpg highway).

Given that cars easily vary 10 percent from their EPA combined rating (and sometimes more), we were curious to see if a 2015 Fit in normal use could average 40 mpg.

The answer: For us, using a mix of the Econ setting and Normal mode, not quite--but close.

Over 387 miles on our usual test cycle, which is about two-thirds highway and one-third urban and suburban stop and go, we averaged 39.0 miles per gallon on the car's trip computer.

Our conclusion, then, is that a 2015 Fit driven conservatively in the Econ setting at lower speeds, along with using the cruise control on highways, could likely return 40 mpg, though numbers from 34 to 38 mpg seem more likely for regular use.

Spending more time with the new Fit than our test drive in April permitted, observations over the long weekend included:

Given the 2015 Fit's good real-world fuel economy, however, perhaps the biggest surprise during the test was how quickly the fuel gauge fell.

One of the clever design features that gives the Fit such interior space is a redesigned fuel tank mounted under the front seats.

Its capacity is given at 10.6 gallons, but in our test, the fuel-warning light flashed on after 270 miles--one of the lowest ranges from full we've seen on any test.

The EPA rates CVT-equipped 2015 Fit total ranges at 371 to 382 miles (the manual is a grim 339 miles), but we suspect owners will have to get used to riding around with the gas-pump icon lit to get much over 300 miles.

Still, we ended up impressed with the 2015 Honda Fit. As covered in our full review, it remains the most flexible and perhaps most cleverly-designed of all the subcompact hatchbacks on the market.

The upscale trim level alleviated some of our qualms over the bargain-basement appearance of the base models, and the real-world fuel economy of 35 mpg or better means it's a practical car we could live with on a daily basis.

The Toyota Prius C, of course, is rated at a combined 50 mpg and offers decent load space due to a battery and fuel tank both positioned under the rear seat.

But its base price is only slightly lower than the price of the best-equipped Fit, and the subcompact Prius is both noisier and slower.

Either one will give better fuel efficiency that 90-plus percent of the cars on the market and most other subcompacts.

But for our money, we'd take the 2015 Fit over the littlest Prius: It's more fun, it's nicer inside, and we're pretty confident we could hover close to 40 mpg in regular use.

As is usually the case, our 2015 Honda Fit test car was the top-of-the-line model, in this case the EX-L Navi model with the highest trim level plus a built-in navigation system.

That model includes a raft of equipment and feature upgrades, including leather-trimmed seats with heaters in the front, a six-speaker audio touchscreen system with a 7-inch color display in the center of the dash, Bluetooth pairing, and steering-wheel controls for the audio and cruise control systems.