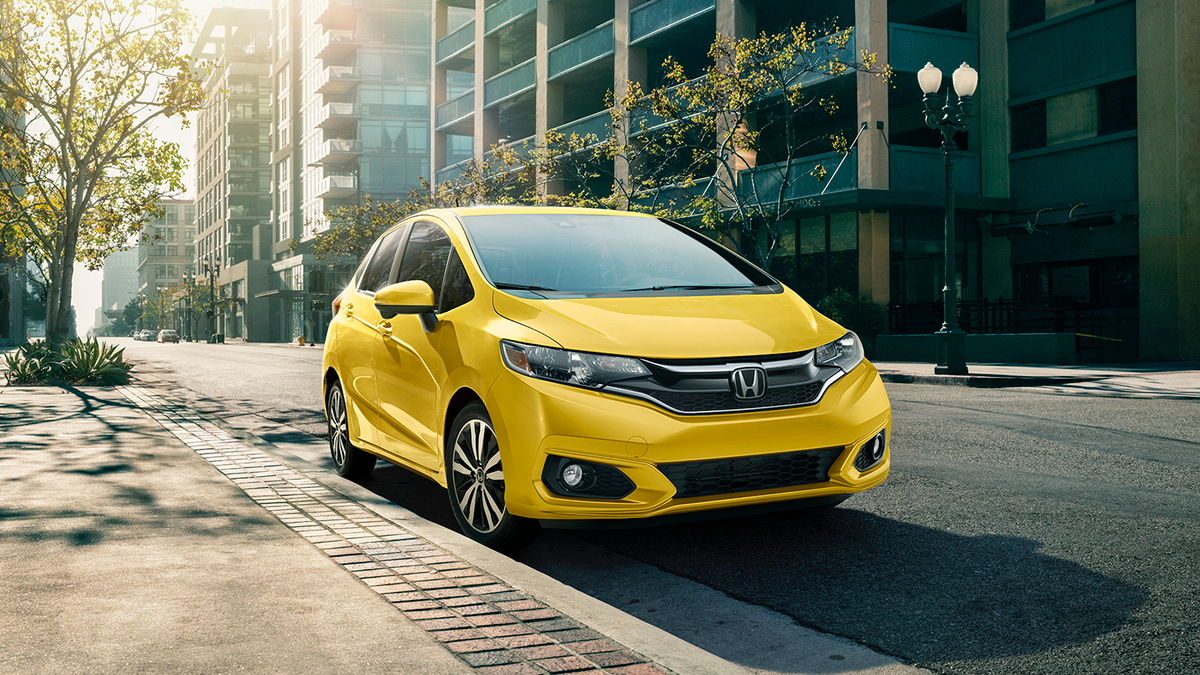 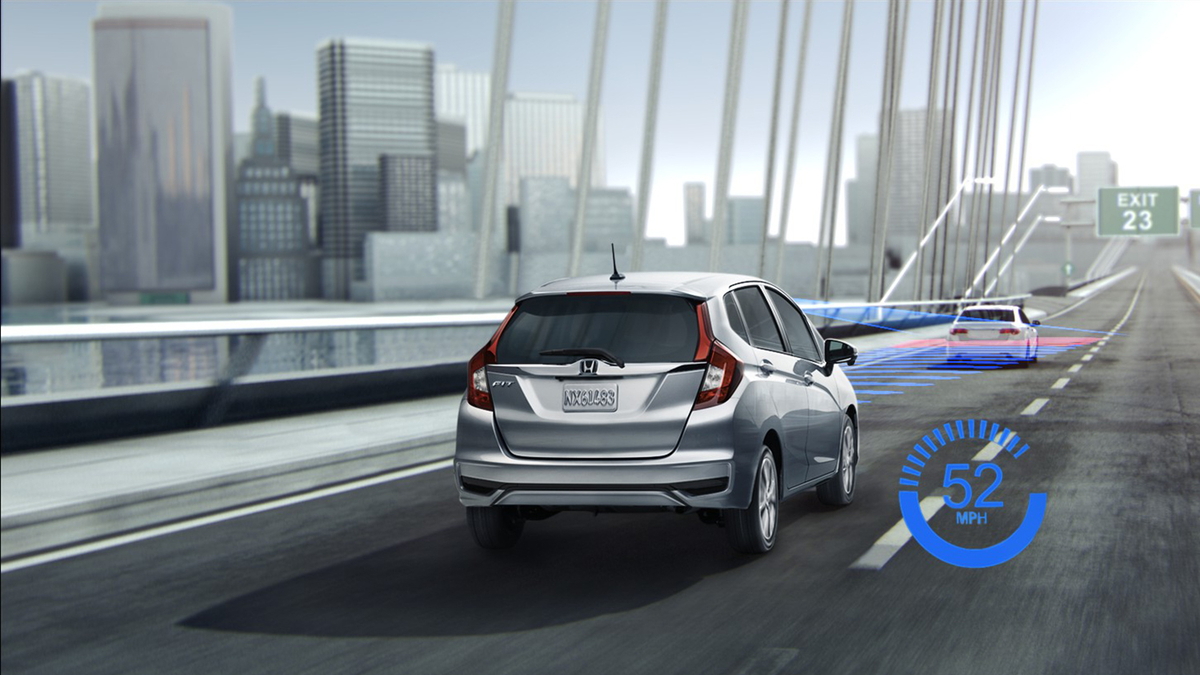 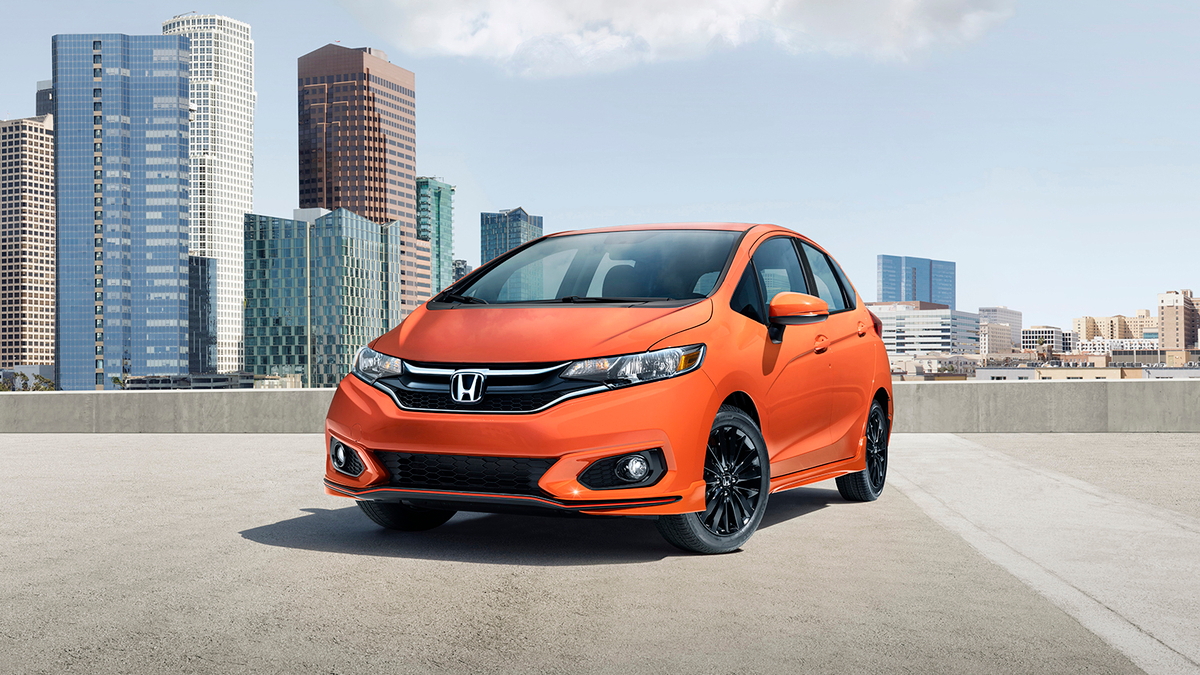 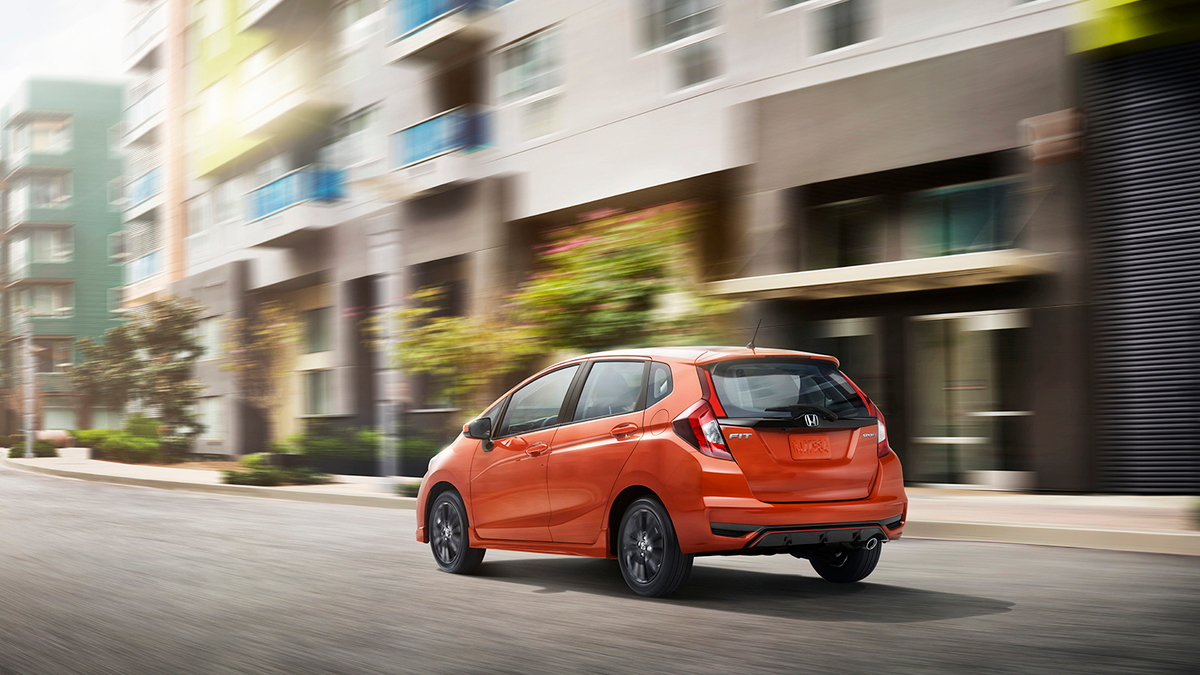 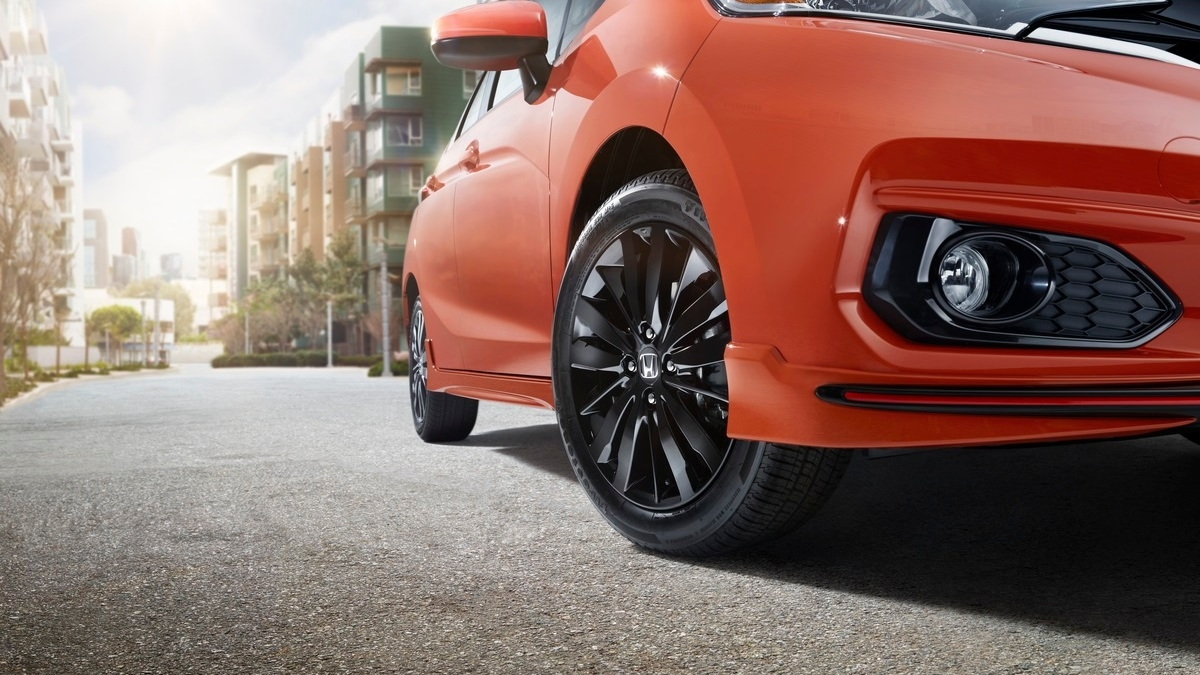 Honda's smallest of vehicles—the Fit hatchback—has received several updates for the new model year, its fourth for the current-generation version.

The 2018 Honda Fit now has incremental styling modifications, additional safety features, a new optional audio system with Android Auto and Apple CarPlay, and a Sport model that has been added to the little hatch's lineup.

While not a drastic departure, the 2018 Fit's new grille now features a two-piece chrome and piano-black grille, which Honda says flows into the headlights in a more cohesive manner.

The Fit's 'H' badge is more prominent up front and the fog-light housings are now more angular in design—sporty apparently being the name of the game.

Speaking of sport, the Fit's new Sport trim nestles between the LX and EX and includes what Honda calls a "sporty look" to the front fascia. That includes a sharper front splitter with orange highlights.

EDITOR'S NOTE: On June 12, Honda released initial information on the updated 2018 Fit. It added more information on June 28, and we have updated this article accordingly.

The Honda Sensing suite is available on the LX and Sport trims, but its now standard equipment on EX trims and greater.

That premium audio system is standard on the EX and EX-L models, along with the new Fit Sport.

Honda hasn't revealed if the 2018 updates include changes to the powertrain, but the Fit is already an efficient gasoline vehicle.

This year, the EPA rates the Fit at 29 mpg city, 36 highway, 31 combined with the base 6-speed manual transmission.

However, the CVT brings out the best in the Fit's fuel economy: 33 mpg city, 40 highway, and 36 combined for the LX trim.

During our real-world testing, we found numbers ranging from 34 to 38 mpg were likely in regular use.

CHECK OUT: Lease Extensions For Honda Fit EV, Two Years At $199 A Month, To Be Offered

Frugality and reliance on the Econ setting could push drivers into the 40 mpg mark.

The Honda Fit has gone unchanged since the third-generation of the nameplate was introduced in 2014 as a 2015 model.

In 2014, Honda also discontinued the Fit EV, an adaptation of the previous-generation model of which only 1,100 units were leased, limited to California and a handful of other states.

Honda wouldn't let lessees buy the Fit EV when the leases expired, but it did extend the lease period for two additional years in 2015.

A handful of Fit EV drivers have now received a second lease extension on top of that.

With a handful of updates, the 2018 Honda Fit remains a potentially great value for those looking for a fuel-efficient small car that doesn't come with a plug.