There have now been three separate fires among roughly 20,000 Tesla Model S electric luxury sedans on the world's highways.

The most recent one, two days ago, seems to have set off a fresh round of Internet fulmination--combined with much opining on what the news would do to the falling stock price of Tesla Motors [NSDQ:TSLA].

So let's pull together all the facts, and sort out what we know from what we still need to find out.

The first fire, on October 1, occurred in Kent, Washington, outside Seattle. It apparently occurred after the Model S ran over a piece of road debris later described as a "curved section that fell off a semi-trailer." 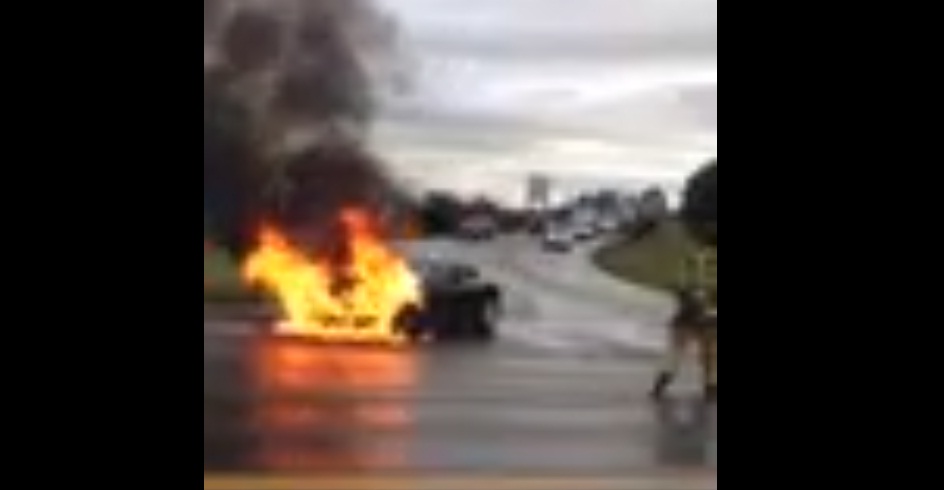 That item punched a 3-inch hole through the 1/4-inch-thick armor plate protecting the pack, with a force of 25 tons, according to a report by Tesla. The car alerted the driver of a fault, and he pulled over and exited the car.

Owner Robert Carlson, a Tesla investor, said the car "performed very well under such an extreme test" during the accident; he plans to buy a replacement Model S.

The National Highway Traffic Safety Administration (NHTSA) released a statement on Thursday say that it had "not found evidence at this time that would indicate the recent battery fire involving a Tesla Model S was the result of a vehicle safety defect or non-compliance with federal safety standards.”

The second fire, on October 18, was in Mérida, a city in the Mexican Yucatán. It apparently occurred after the Model S driver jumped a curb, took out several feet of a concrete wall, and then hit a tree.

The driver--who was reported to have been under the influence of alcohol (via Jalopnik)--then fled the scene.

That's apparently not uncommon in Mexico--where the Tesla Model S is not yet sold, by the way. Video of the aftermath here (NSFW if you speak Spanish).

Tesla issued a statement saying the driver was "appreciative of the safety and performance of the car, and has asked if we can expedite delivery of his next Model S.”

This fire seems to have generated less controversy, perhaps due to its location outside the U.S. and to the severity of the accident--for which the driver may have been at fault. 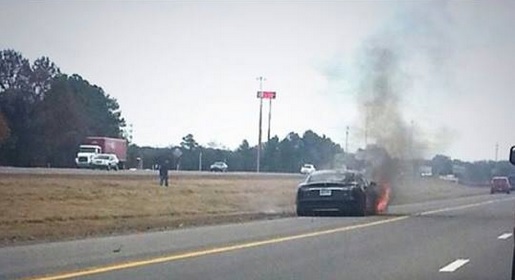 The third fire, on Wednesday (November 6), occurred on Interstate 24 near Smyrna, Tennessee. Ironically, that town contains both a car assembly plant and a lithium-ion cell assembly facility for the Nissan Leaf electric car.

Photos that appeared on Twitter and Instagram ignited the media frenzy that grew yesterday, while the Tesla Motor Club discussion thread on the accident grew quickly.

It too apparently occurred after the Model S ran over a piece of road debris, this time reportedly described by police as a tow hitch that pierced the undercarriage.

Tesla issued this statement: “We have been in contact with the driver, who was not injured and believes the car saved his life. Our team is on its way to Tennessee to learn more about what happened in the accident.”

The company also said it did not yet know whether the battery was involved in the fire.

UPDATE: On Saturday, November 9, Tesla put up this post on its corporate blog: From A Model S Owner In Tennessee.

Yesterday, Federal investigators said they would review the three fires.

The National Highway Traffic Safety Administration issued a statement, saying, "NHTSA will contact the local authorities who are looking into the incident to determine if there are vehicle safety implications that merit agency action." 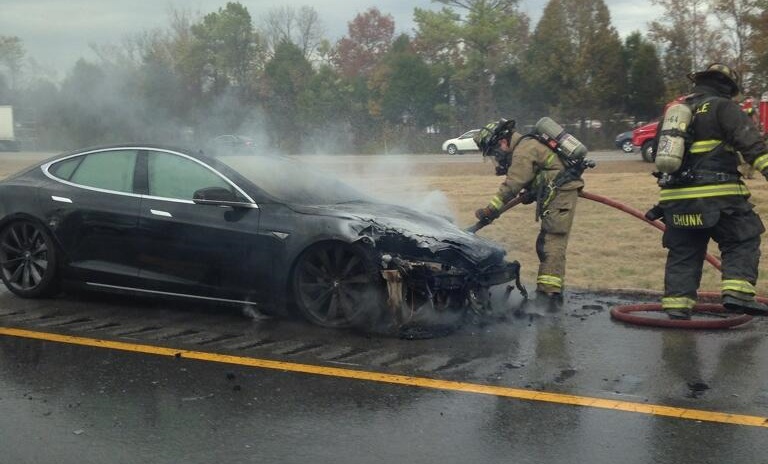 Also yesterday, Clarence Ditlow, the executive director of advocacy group the Center for Auto Safety, said that the NHTSA "absolutely" has to investigate the Model S fires.

Ditlow suggested that it appears the Model S has "inadequate shielding" on its underside, calling road debris a "known hazard" to cars' undercarriages.

Of the three fires, the second seems by far the easiest to dispense with. Any car that incurs that much damage may possibly catch fire.

We note, as just one example, that two people were killed after their BMW caught fire when it hit a light pole and a palm tree at a high rate of speed in Riverside, California, on Wednesday morning.

There are roughly 150,000 vehicle fires reported every year in the U.S.--or about 17 every hour on average. 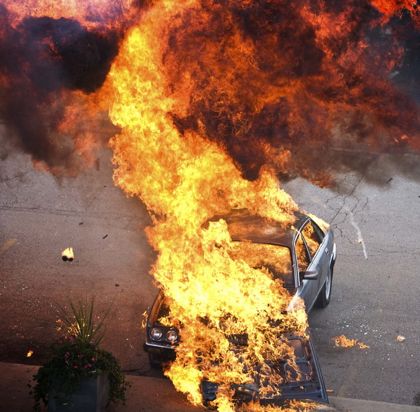 Those fires cause more than 200 deaths, more than 750 injuries, and more than half a billion dollars in direct property damage.

That's over a fleet of roughly 250,000,000 vehicles in the U.S., which collectively drive about 3 trillion miles per year.

We might also note that 0.1 percent of those car fires result in a death, whereas to date no one has been killed--or even seriously injured--in any incident involving a Tesla fire

After the first fire, Tesla CEO Elon Musk suggested that the rate of fires per mile for plug-in electric cars was actually lower than that for gasoline cars.

His math: 150,000 fires in gasoline cars over 3 trillion miles is a rate of one fire every 20 million miles.

Perhaps that figure should now be adjusted to one fire per 33 million miles (or slightly more, to account for additional miles driven over the past month).

WHAT WE NEED TO FIND OUT

How many cars are damaged by road debris every year?

How many road-debris incidents result in fires?

What kind of testing did Tesla do to determine an adequate level of protection for its battery pack, which is under the cabin floor of the car from axle to axle, side to side? 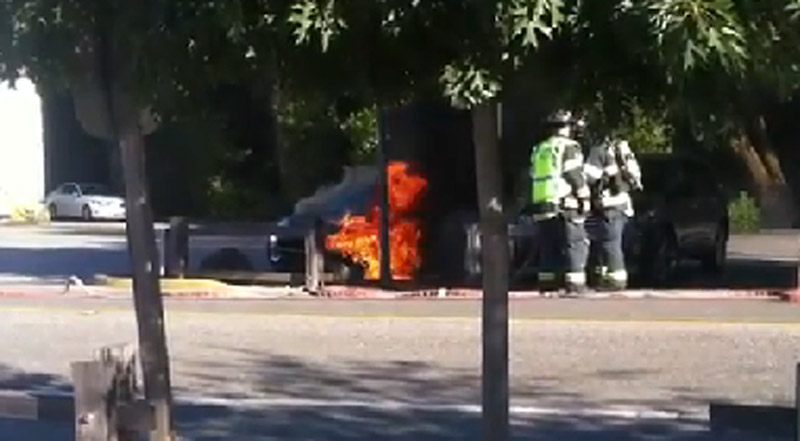 How was the Tesla battery pack involved in each of the three fires--if it was?

Why was the third fire located at the very front of the car--well ahead of the front end of the battery?

(Remember a handful of Fisker Karma fires were caused by a defective cooling fan--having nothing to do with the cars' battery packs--although admittedly, the fires did not come after the cars struck road debris.)

How will the NHTSA conduct its investigation? Will it include simulating punctures or impacts to actual Tesla vehicles or battery packs?

Is there any way to tone down the media sensationalism and get everyone to take a deep breath?

OK, maybe that last one is beyond the bounds of reality.