Six months ago, Tesla abruptly announced that it had upgraded its electric cars with a new package of sensors for the Autopilot driver-assist system, known as "Hardware 2."

The equipment was being fitted to all new Tesla Model S and Model X electric cars then in production—but there was a catch.

Initially, those cars would have fewer features than earlier models with the hardware suite built into all Teslas since late 2015, retroactively known as "Hardware 1."

What followed was six months of increasing irritation on the part of the newest Tesla buyers.

Dates for restoring features came and went, as individual features and bundles of features were added back in software updates.

Last Tuesday, the most recent over-the-air software update began rolling out, according to a Tesla spokesperson—and it contained automatic emergency braking.

EDITOR'S NOTE: Tesla's communications department requested that we make it clear that our headline does not refer to the automatic braking that is part of the Autopilot adaptive cruise control, which will automatically accelerate and brake a Tesla car to maintain a safe separation from the vehicle ahead. We've never heard of "automatic braking" used in that context, but several rounds of e-mail convinced us that the issue is very important to the company. Readers are hereby notified that the entire article is about automatic emergency braking only.

That's a standard feature on not only the luxury models Tesla competes against, but these days even on standard mass-priced smaller cars.

It's proven popular with consumers, and increasingly makers are simply standardizing it across their ranges—so the fact that it wasn't available in luxury cars starting at $70,000 or more was increasingly awkward.

In a triumph of awkward timing, however, that same week, Consumer Reports had just downgraded its safety ratings for the Tesla Model S and Model X for their lack of standard automatic emergency braking.

READ THIS: Why did Tesla take capabilities out of latest Model S + Model X? (Nov 2016)

The well-known consumer magazine, generally fans of the Tesla Model S, have given the car high ratings but also noted reliability problems reported by owners and also in its own test car, including balky retractable door handles.

Last week, it noted in its article simply that Model S cars produced until late October 2016 came with automatic emergency braking as standard, while all newer versions built since then did not.

Tesla "had continued to say it was working through software problems," the magazine wrote, "but that left owners without the promised feature, some for as long as six months." 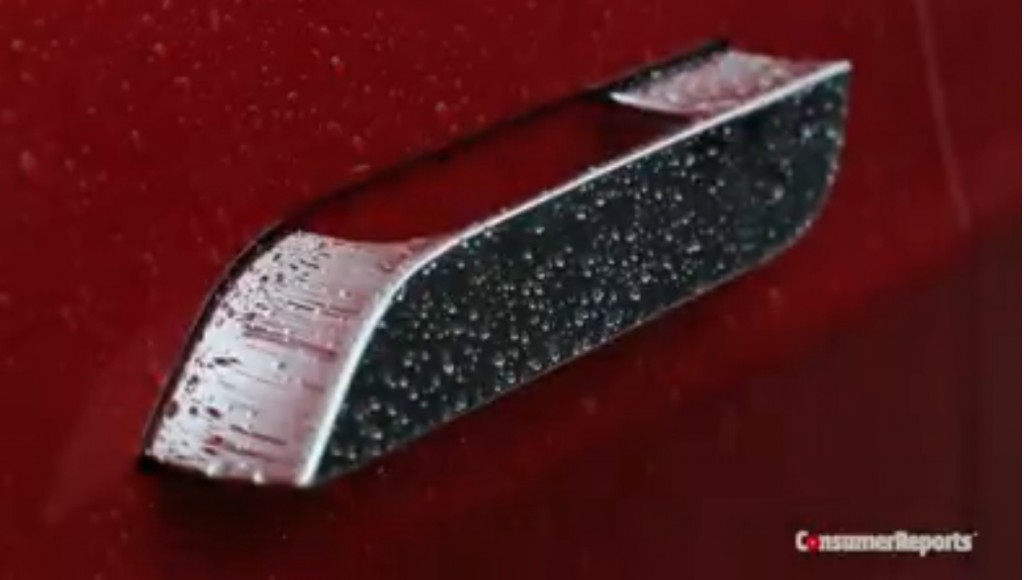 It updated its article on Thursday to reflect Tesla's statement that a software rollout to add back the automatic-braking capability had begun rolling out.

The magazine's writers noted that its most recent Model S test car had received that update on Thursday, and that they would be evaluating its performance.

Still, “when we purchased our latest test car, we were assured automatic emergency braking would be enabled by the end of 2016,” said Jake Fisher, director of the publication's Connecticut auto test center.

That obviously didn't happen. And the slow restoration of a list of features that had been abruptly removed from new cars without warning to buyers remains a sore spot among some owners.

There's even a class-action lawsuit, filed by three Tesla buyers on behalf of almost 50,000 buyers over the last six months whose cars came with "nonfunctional Enhanced Autopilot AP2.0 software that still has not met Tesla's promises, including inoperative Standard Safety Features."

Meanwhile, Consumer Reports says it will re-evaluate the safety scores it just reduced for the two Tesla models once it has finished evaluating the updated safety features that have been restored.