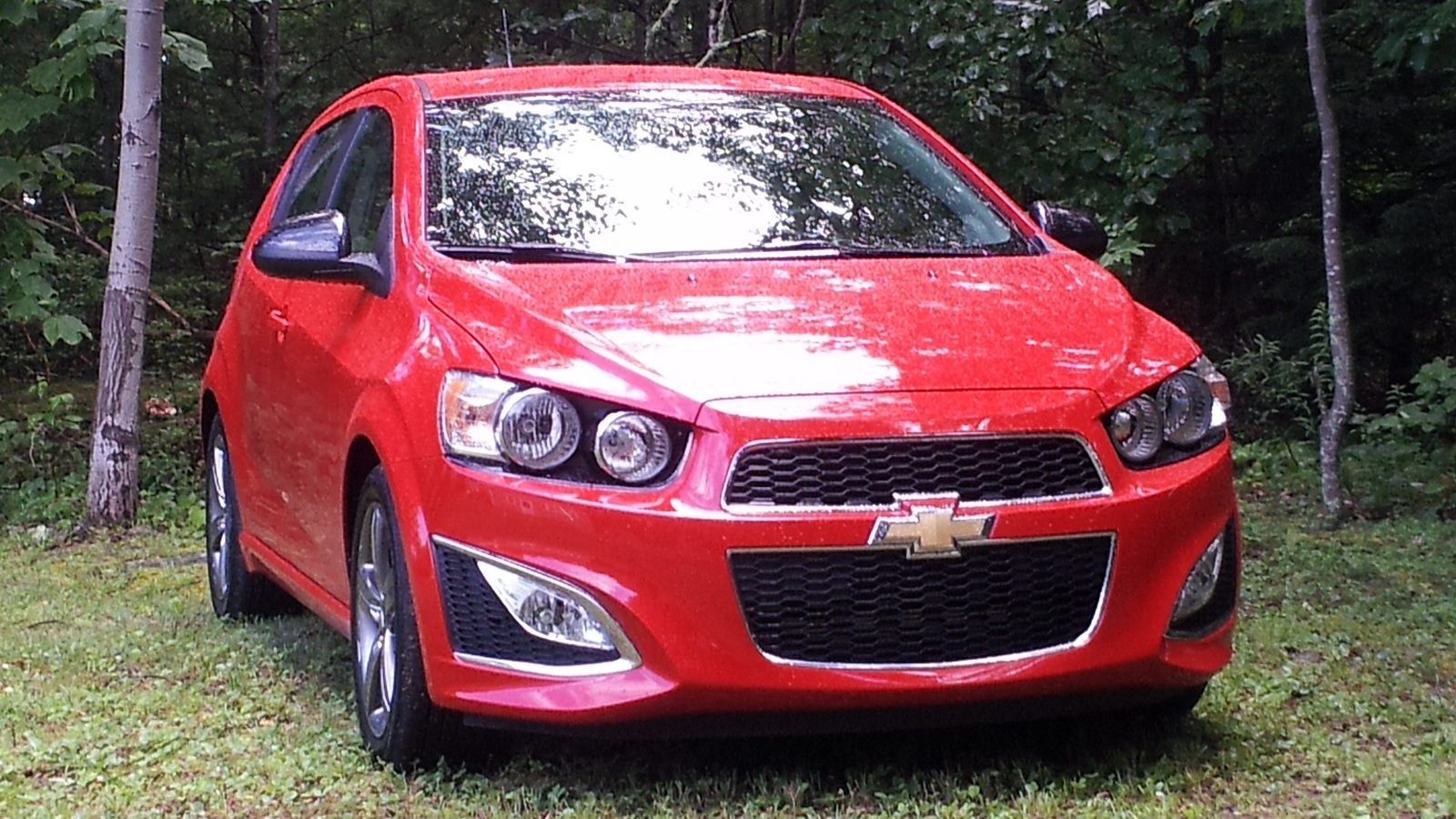 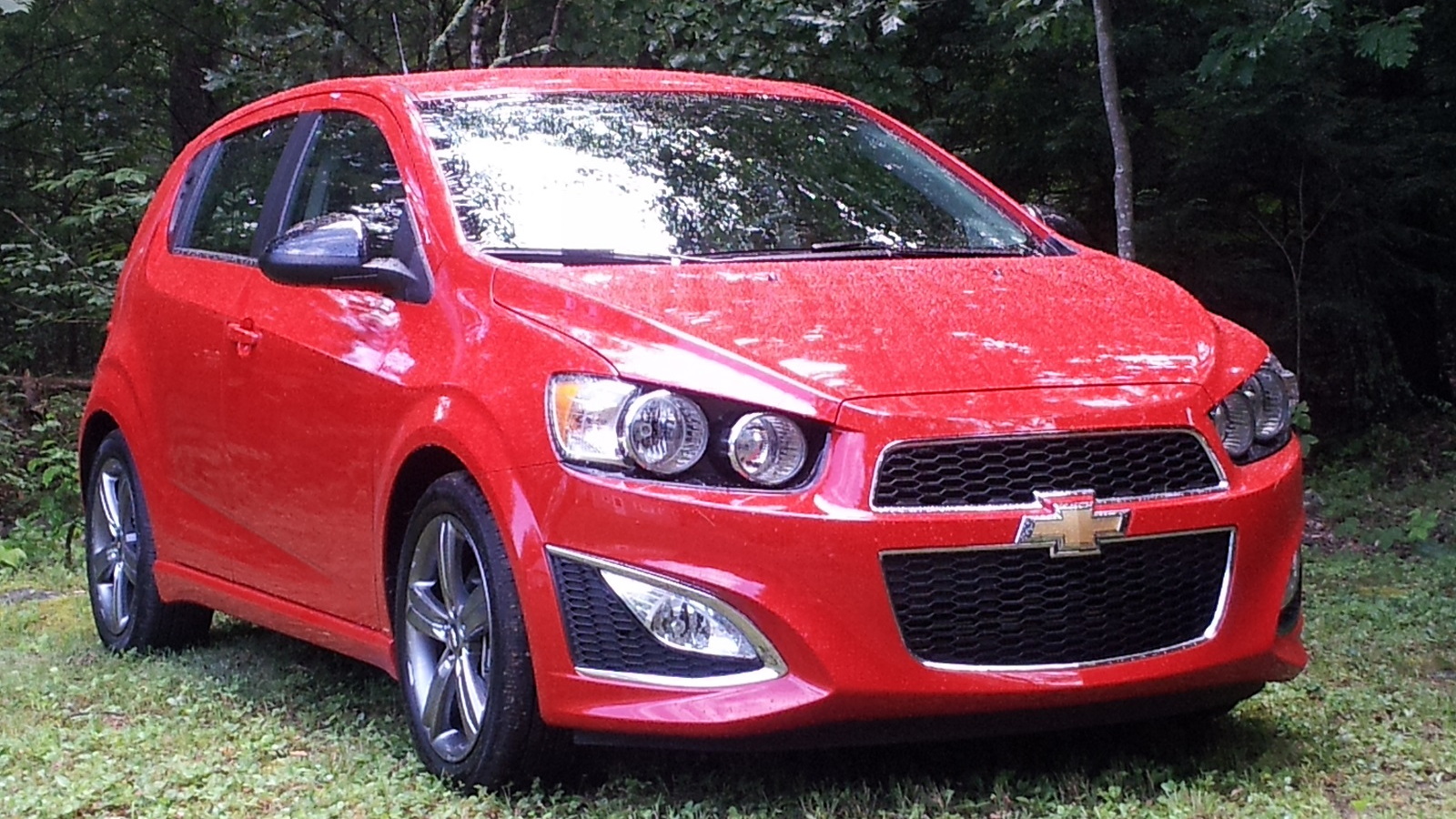 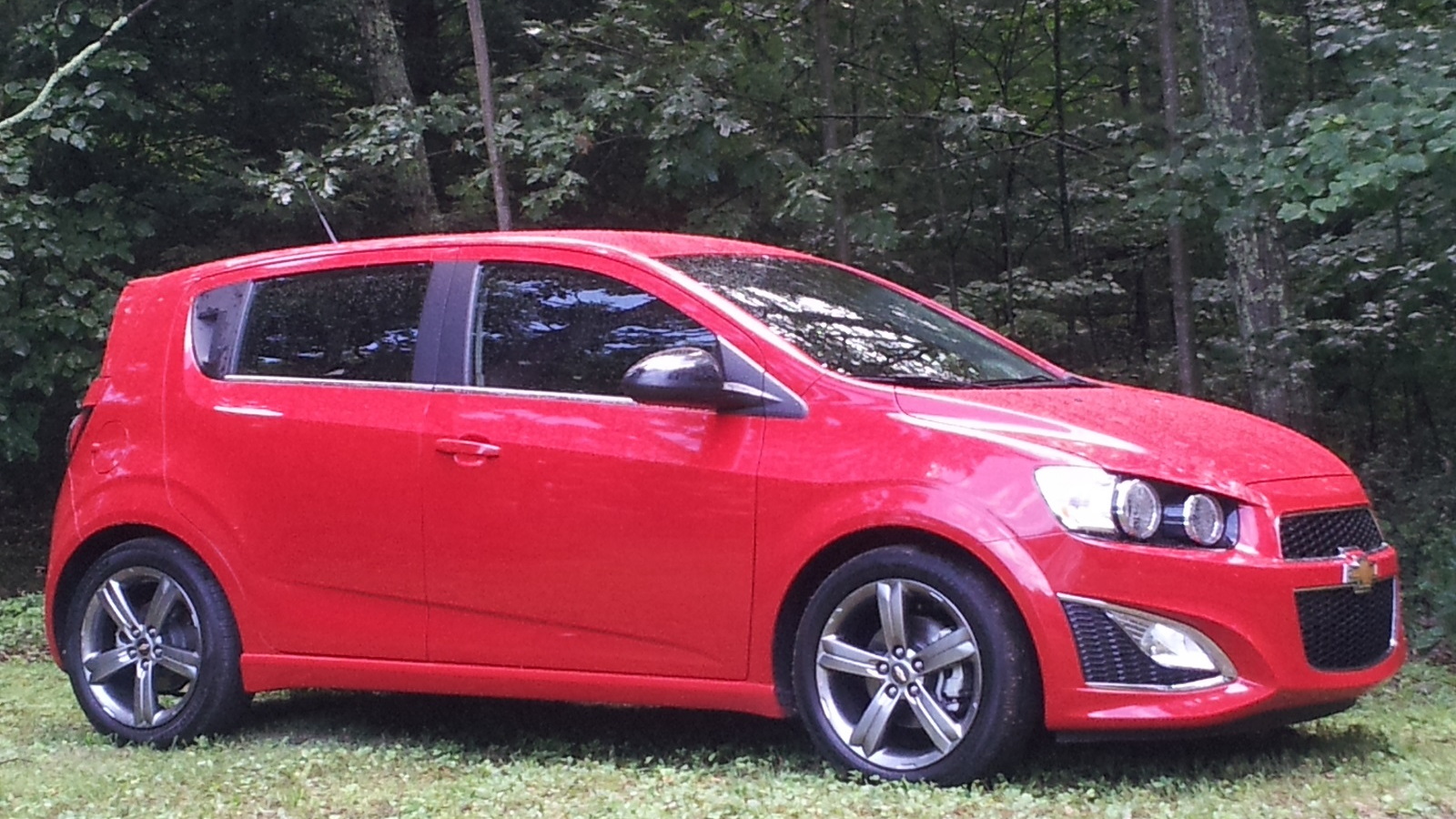 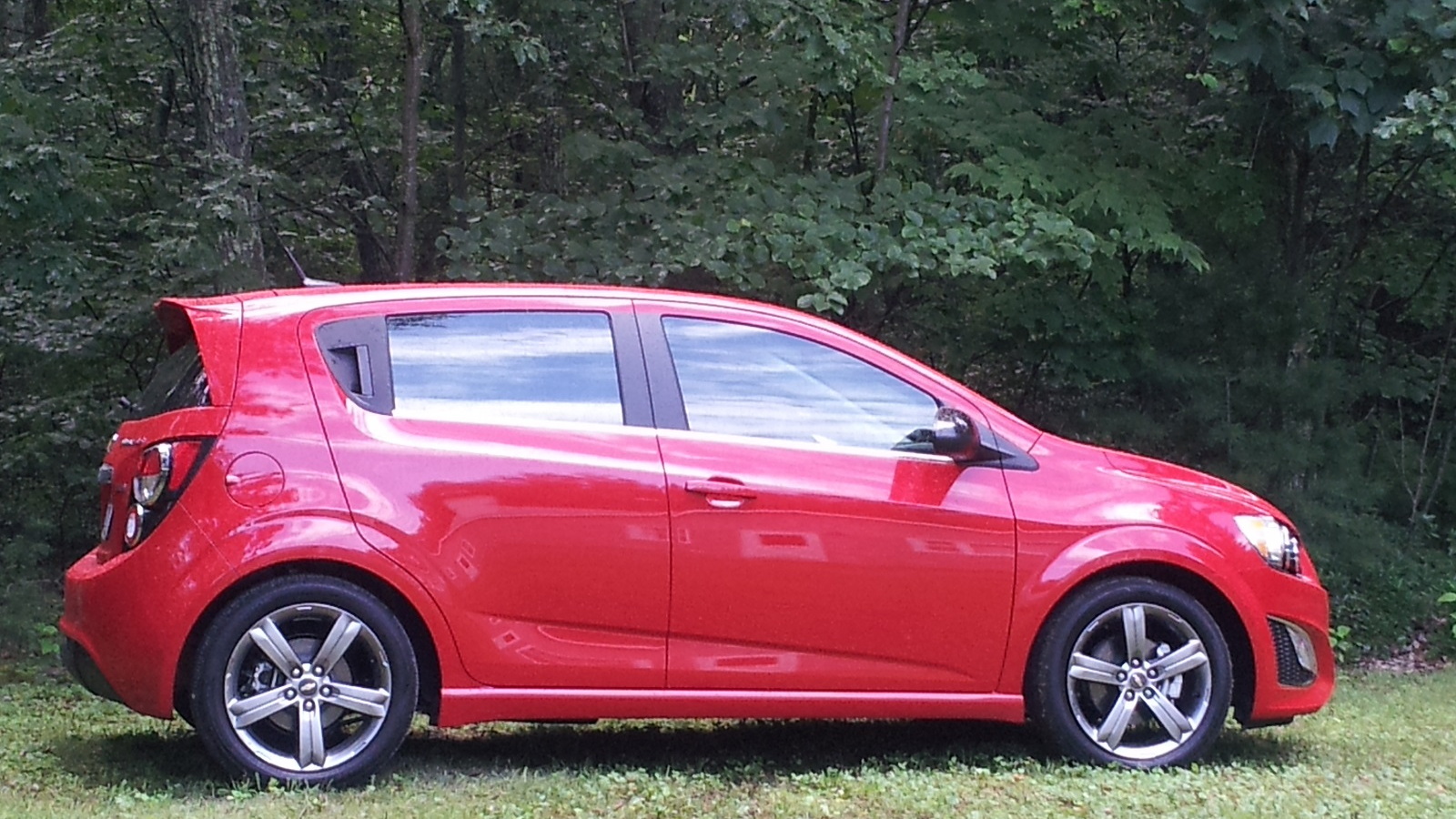 The Chevrolet Sonic subcompact was an impressive offering when we tested both a 1.8-liter LT hatchback and a 1.4-liter LTZ sedan almost two years ago.

Now, with the advent of the 2013 Chevy Sonic RS sports model, we had a chance to revisit the car--and we remain impressed.

Inside, it it fitted with two really excellent sport seats with leather and suede trim, along with a leather-trimmed steering wheel and aluminum pedals.

We have to admit, the leather smell is kind of nice in a subcompact.

The Sonic RS is rated by the EPA at 30 mpg combined (27 mpg city, 34 mpg highway) with the six-speed manual transmission.

On our usual weekend test route, this time covering about 260 miles, we averaged 32.3 mpg according to the car's display.

On highways that number went higher, but around town, the mileage dipped fast--in part due to the fun of revving the little turbo four.

Things that concerned us:

Overall, in its third model year, we continue to be fans of the Chevy Sonic.

The RS model is only barely a "hot hatch," though we'd have to dig into performance figures to see how it compares to the Fiat 500c Abarth we drove a couple of weeks ago.

But it's a far more practical car than the three-door hatchback (or two-door convertible) Fiat minicar.

With four doors and a hatch, the ability to seat adults in the rear with some negotiation on legroom, and a cheerful personality plus a quiet ride and excellent infotainment, the Sonic remains and up-to-date and a very viable competitor for the refreshed 2014 Ford Fiesta and others in the category.

Our 2013 Chevrolet Sonic RS test car carried a base price of $20,185 and, quite unusual for a press vehicle, not a single additional option.

That means that with the mandatory $810 delivery fee, the manufacturer's recommended price was $20,995.

For full details on the latest 2014 Chevy Sonic range, including specifications, options, and pricing, see the full 2014 Sonic review on TheCarConnection.