Plug-in car sales continued at a steady pace in May, with early estimates of perhaps 6,500 to 7,000 sold overall.

As always, precise figures are impossible because Tesla Motors [NSDQ:TSLA] does not report monthly sales as every other carmaker does.

We'll refine our totals as more reports come in over the course of the day (and, for the Ford plug-in numbers, tomorrow).

Fulfilling expectations of consistently higher deliveries, the May sales for the 2013 Nissan Leaf electric car came in at 2,138.

That's the Leaf's second-best sales month ever, trailing only March, when 2,236 were sold after supplies of U.S.-built plug-in electric cars finally started to reach Nissan dealers.

If Nissan can keep up the pace at the average of the last three months, it might deliver 22,500 or more Leafs for the year.

"With more than 27,000 Leafs on the road in the U.S., we are moving beyond the early adopters," said Erik Gottfried, Nissan director for electric vehicle sales and marketing, "as people get more educated about how an electric car can meet their daily driving needs."

It's still worth noting, however, that the Leaf represented only 2 percent of Nissan's total of 106,558 sales in May.

That total, moreover, puts it behind the Leaf in total sales for the year. The Volt and Leaf were neck and neck last month.

GM's plug-in sales totals will see an addition at the end of the year, however, as the 2014 Cadillac ELR arrives at dealerships. The first pre-production ELRs have already been assembled.

First-quarter sales of the Tesla Model S electric luxury sport sedan were reported by the company at roughly 4,900.

That made the Model S the best-selling plug-in car in the U.S. for that period. Unfortunately, we'll have to wait until sometime in July or August to know how many Model Ses it sold for the April-June period.

If U.S. monthly sales were to average as many as 1,800 cars--which would take Tesla to its announced goal of 21,000 units for the year--the Model S would likely be the third best-selling plug-in car in the country.

However, some portion of those 21,000 Model S deliveries will come from Europe, where sales are starting this summer, and perhaps from Asia late in the year as well.

That means Tesla's monthly sales to U.S. buyers could drop considerably as it works through its list of buyers who've put down deposits, but the company could still meet its first full-year goal.

Whether the company will provide data on its sales by country remains unknown. Autodata estimates Tesla's May sales at 1,425 units.

Toyota's sales of its Prius Plug-In Hybrid have been trailing off. It delivered 678 of them last month, bringing the five-month total to 3,630.

That's more than the previous month's 599, but less than the number sold in January, February, or March.

Ford's sales of its two Energi plug-in hybrid models surged in May, meanwhile. The company said last week that it had sold more hybrids (regular and plug-in) through May than it did during all of 2012.

The Ford Fusion Energi found 416 buyers, and 450 of its stablemate, the Ford C-Max Energi, were delivered.

Together, that means Ford has delivered more than 3,200 plug-in hybrids for the first five months of the year. That's nearing the number of Prius plug-ins sold.

Honda delivered 58 of its 2014 Accord Plug-In Hybrids in its slow and cautious rollout of that car, bringing the year's total thus far to 158 altogether.

With a price reduction to $259 monthly for a Honda Fit EV lease, Honda is one of several carmakers are showing that they intend to sell the legally required minimum number of "compliance cars" to meet the California zero-emission vehicle requirements.

The Toyota RAV4 EV, with its 103-mile EPA-rated range, remains a compliance car but one of a slightly different stripe.

And the Ford Focus Electric is now available in all 50 states, though it sells only at levels that put it into the compliance car bucket as well.

In May, 157 Focus Electrics found buyers, just 10 more than the previous month--and giving a five-month total of just 623. 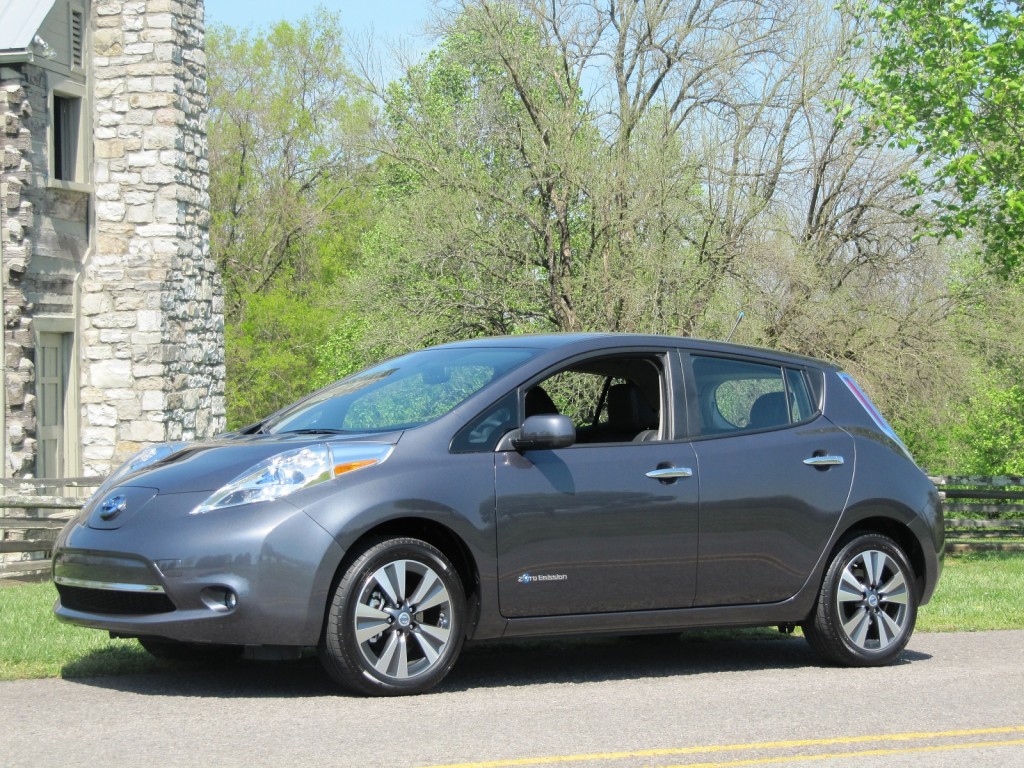 For May, Honda delivered just 15 Fit EVs, bringing it to 83 over five months--far from the rate of 1,100 over three years it needs to meet its legal requirements.

That's likely what led to last week's significant price drop for the Fit EV, from $389 to $259 per month for a three-year lease.

The final such battery-electric vehicle, the 2014 Chevrolet Spark EV, goes on sale this month in selected California and Oregon dealerships.

The only remaining plug-in car is the Mitsubishi i-MiEV electric minicar, which has not sold as well as the company had hoped.

After selling 600 cars in January and February together, it plummeted to 31 in March, rose to 127 in April, and last month fell again to 91.

That's 843 for the year, but still not enough to move the needle a great deal for the weakest Japanese carmaker--which will launch its Outlander Plug-In Hybrid crossover later this year.

Sales of the Coda Sedan, the Fisker Karma, and the Wheego Whip LiFe have never been reported, but won't make a difference to the overall numbers.

EDITOR'S NOTE: This article will be updated throughout the day and tomorrow as more sales data comes in.