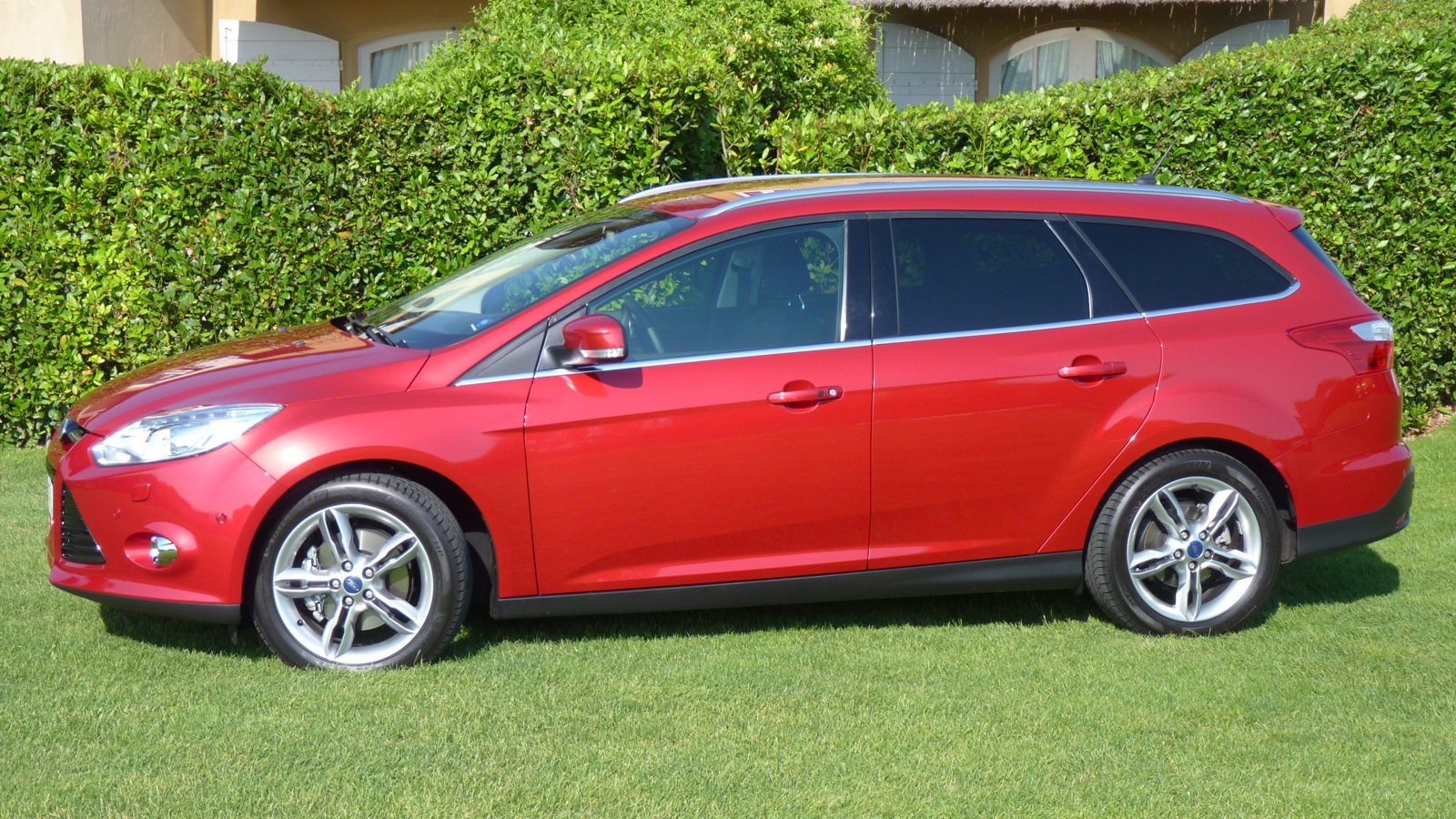 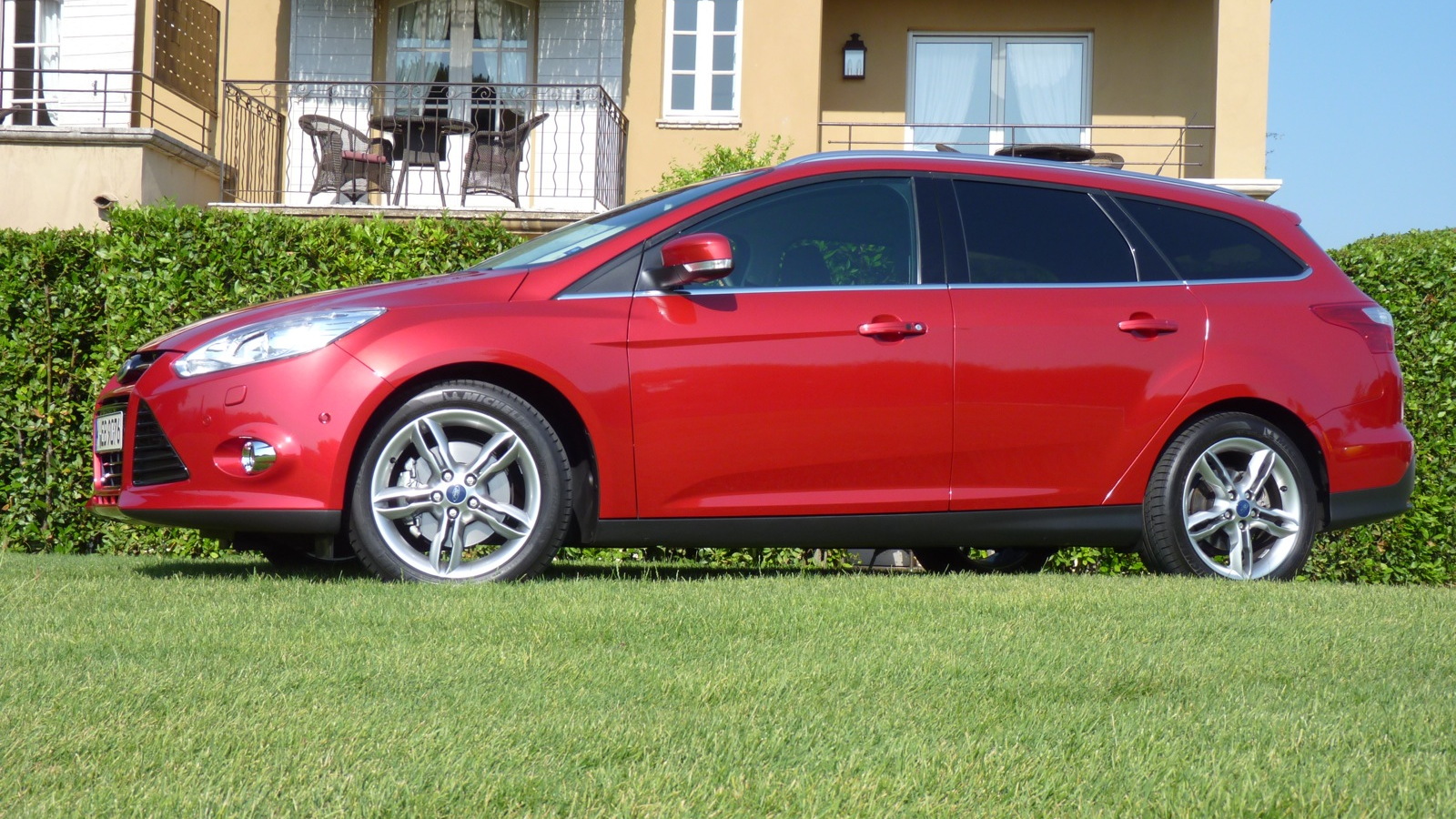 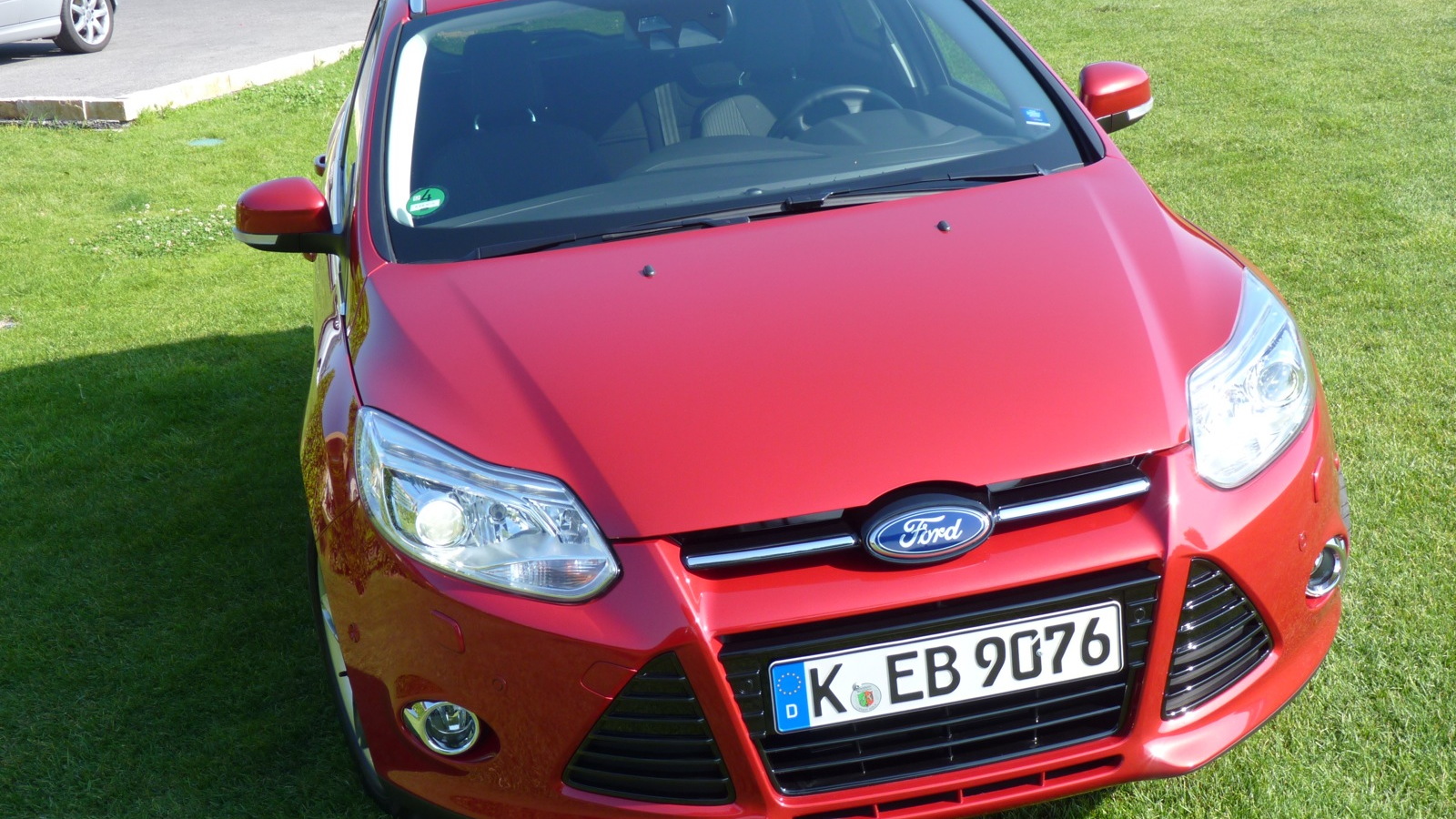 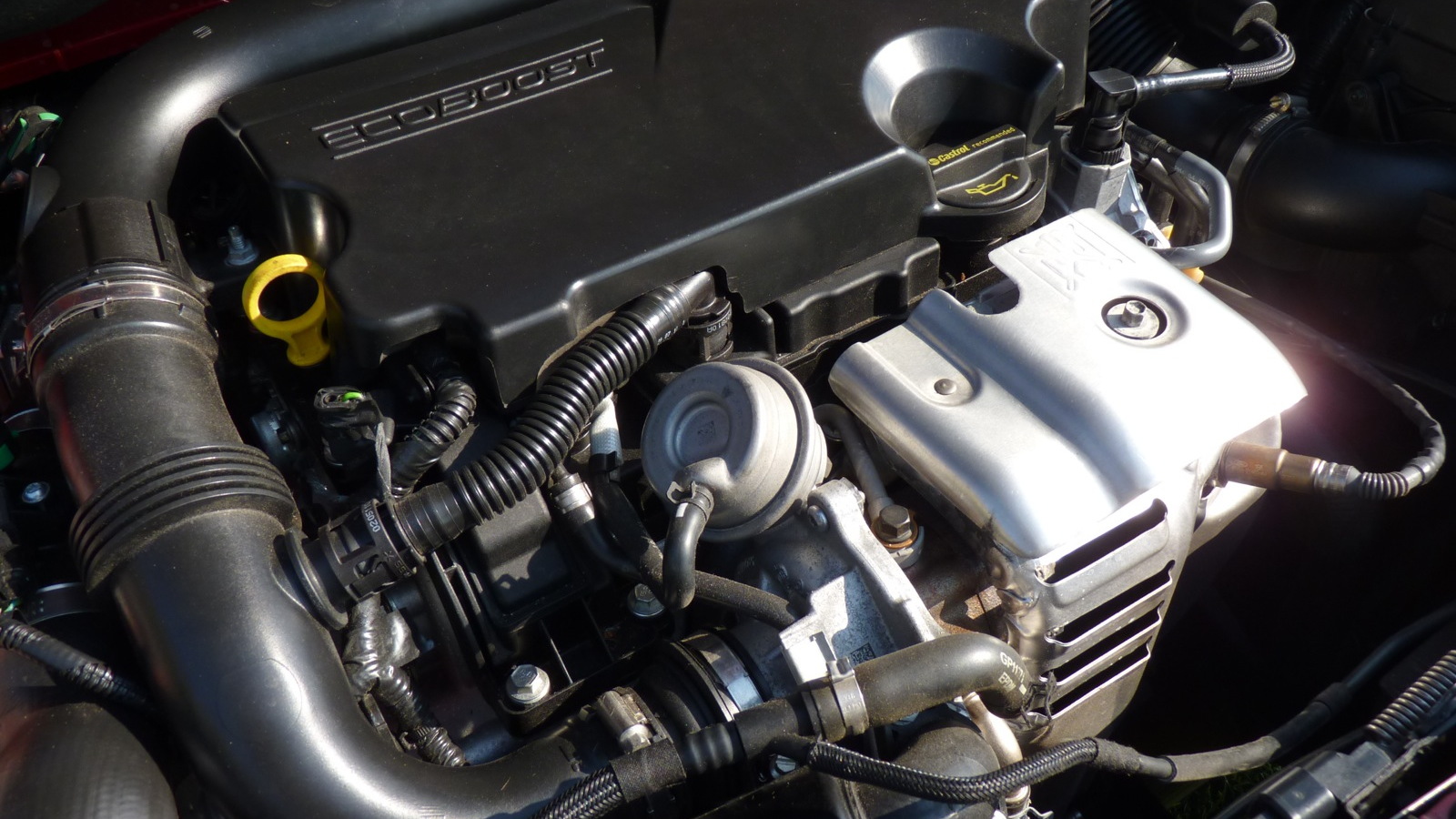 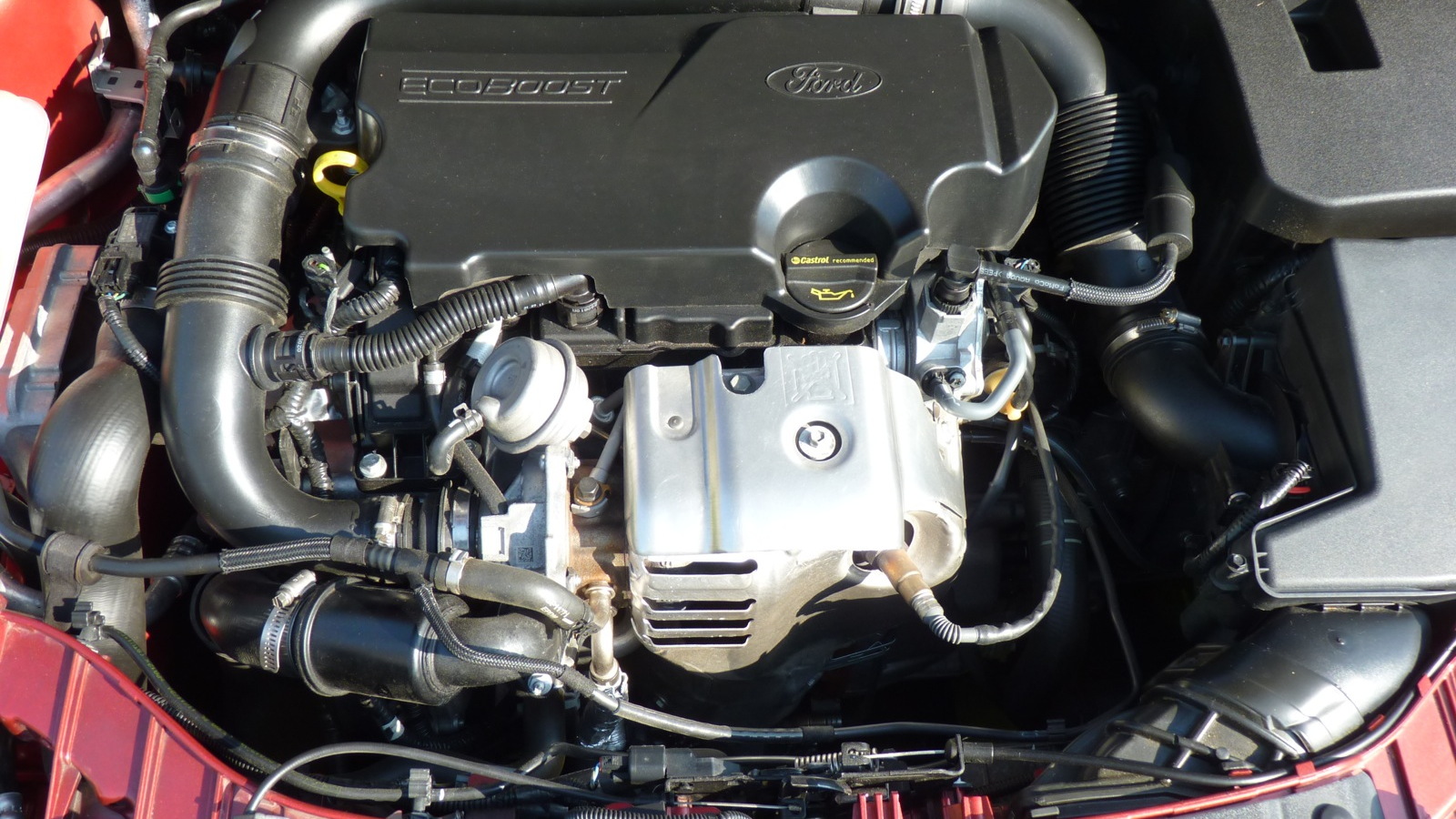 11
photos
Three-cylinder engines have never found much traction in the U.S. Outside of the much-loved Chevrolet Sprint, Geo Metro, and Suzuki Swift, they've mostly been in the domain of obscure subcompact nameplates like the Subaru Justy and Daihatsu Charade, and in niche minicars like the Smart Fortwo.

Now Ford looks poised to bring its all new 1.0-liter turbocharged three—part of its EcoBoost family—to the U.S. in a small-car model. The U.S. is likely to get it in the Ford Fiesta, while Europe is initially getting it in the larger Focus. Either way, Ford's former global development chief Derrick Kuzak said last summer that the new engine will “play an important role in North America.”

This past week we were able to drive the new 1.0T engine installed in a Euro-spec Ford Focus Wagon—a car that's not destined to come to the U.S. in the current generation of the Focus, Ford insists. And while we won't say that this Focus was at all quick (0 to 60 mph takes more than eleven seconds), it was eager and responsive enough here to say that it should be quite enjoyable in the lighter Fiesta.

In the Focus, which UK correspondent Antony Ingram also drove last month, the lightness of the powertrain was apparent, with the Focus Wagon feeling particularly nimble and responsive to quick changes in direction, despite a pretty soft standard suspension calibration for the test car.

The new three feels like a small, lightweight engine the moment you crank it over. There's almost none of the faint shudder that you get when starting the engine as you do with the standard four, and the three settles to a nice loping idle—oddly cadenced in sound, but very smooth and vibration-free. Throttle response is a little delayed, with delivery not quite as instant as we've seen with Ford's EcoBoost four-cylinder engines, but we couldn't fully tell in the short drive whether that was because of turbo lag or the electronic throttle.

Ford aimed to provide horsepower and torque figures for the 1.0T that are on part (or better than) output for its 1.6-liter four-cylinder normally aspirated engine that's now included throughout the U.S. Ford Fiesta lineup. And that it does; the new engine makes 123 horsepower and 147 lb-ft of torque at just 1,400 rpm—really, an almost diesel-like output.

Just as with Ford's EcoBoost four-cylinder engines, this three-cylinder is a very refined mid-range revver, churning out torque from a wide plateau, and we noticed that revving it all the way up the range didn't move us any quicker than shifting a little earlier. The engine could also be made to feel perkier in the Focus with lower ratios, but that's really beside the point.

Gas mileage really is the point; and what we saw on the dash was indeed promising. Through what we would assume to have been a day of excessive idling, full throttle starts, and enthusiastic revving, the test car's trip computer showed about 155 km since being zeroed and it had averaged 8.9 liters/100km—equivalent to about 27 mpg.

In Europe the new EcoBoost engine will be positioned as a premium engine, but as a somewhat more affordable alternative to top-of-the-range diesels. Its low 114 g/km CO2 figure will be especially valuable (for low taxes), in a market where more restrictive Euro 6 standards may soon make some of the smallest diesels cost-prohibitive.

Worth a little more money in Fiesta?

As for the U.S., the engine would need to boast significantly better fuel economy ratings than the current 1.6-liter Fiesta, which earns EPA ratings of 28 mpg in the city and 38 mpg on the highway with the manual, 29/39 with the PowerShift dual-clutch unit, or 29/40 mpg with the $95 SFE package that adds aerodynamic improvements and low-rolling-resistance tires. It's likely that here, a reconfigured SFE package or special would offer the three-cylinder and some of those same improvements, hopefully achieving a city rating well into the 30s and a highway rating of around 45 mpg, perhaps even higher.

Will the product, the price, and the fuel economy numbers make sense for the U.S.? We have our suspicions that Ford already knows that they indeed do; stay tuned as we'll bring them to you if and when they're released. And in the meantime, let us know what you think: Would you buy a slightly more expensive, 45-mpg Fiesta with this engine?