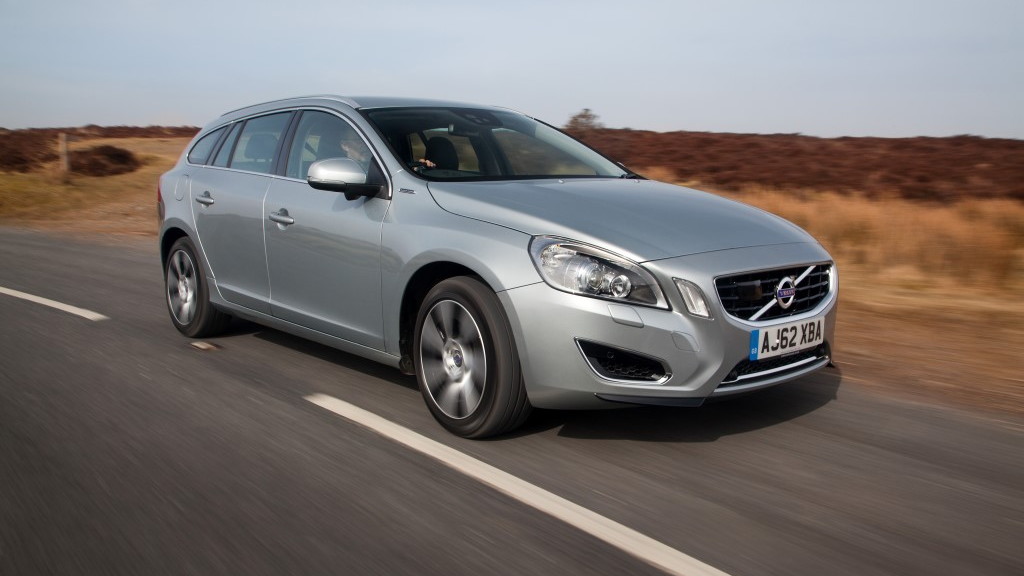 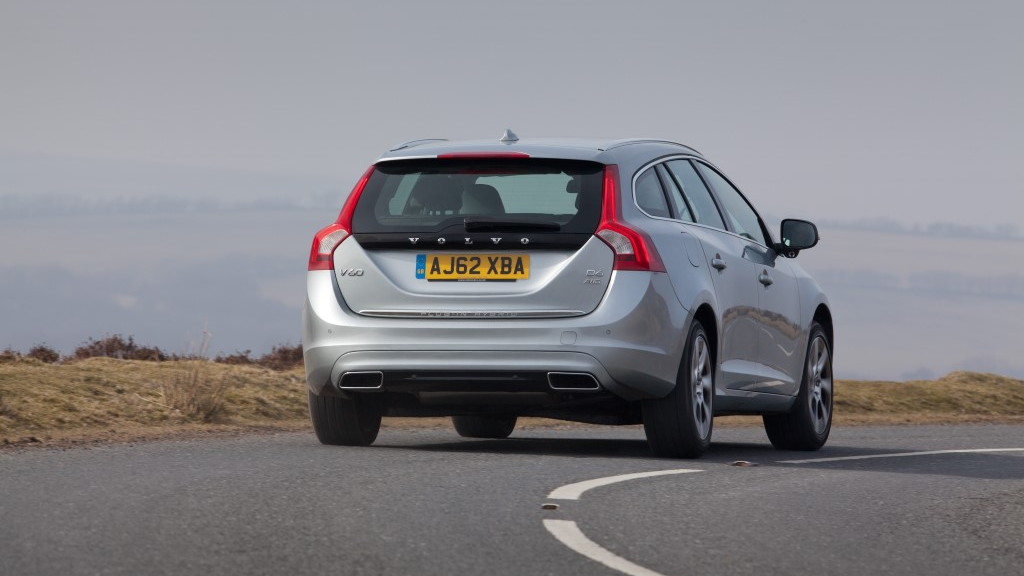 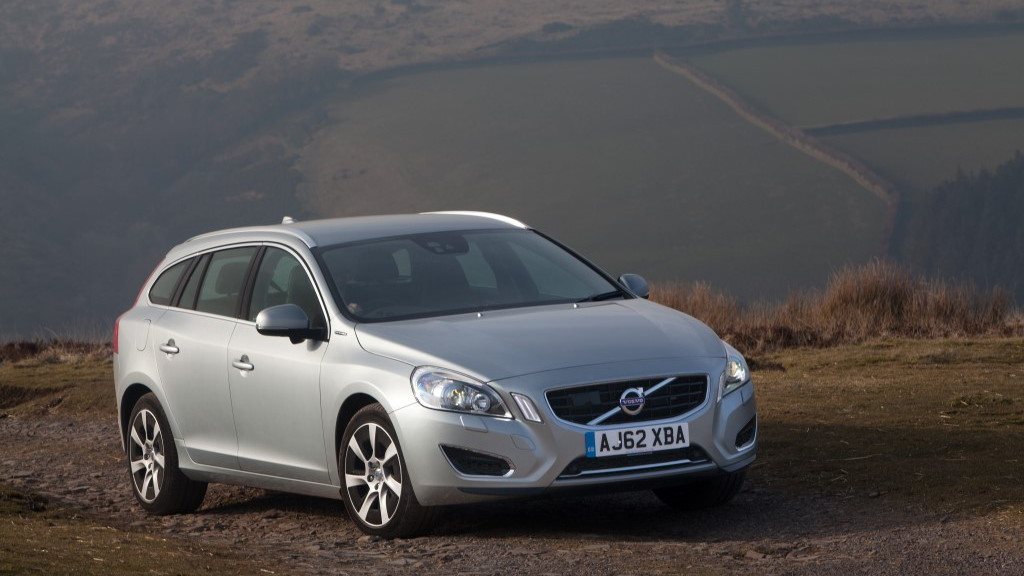 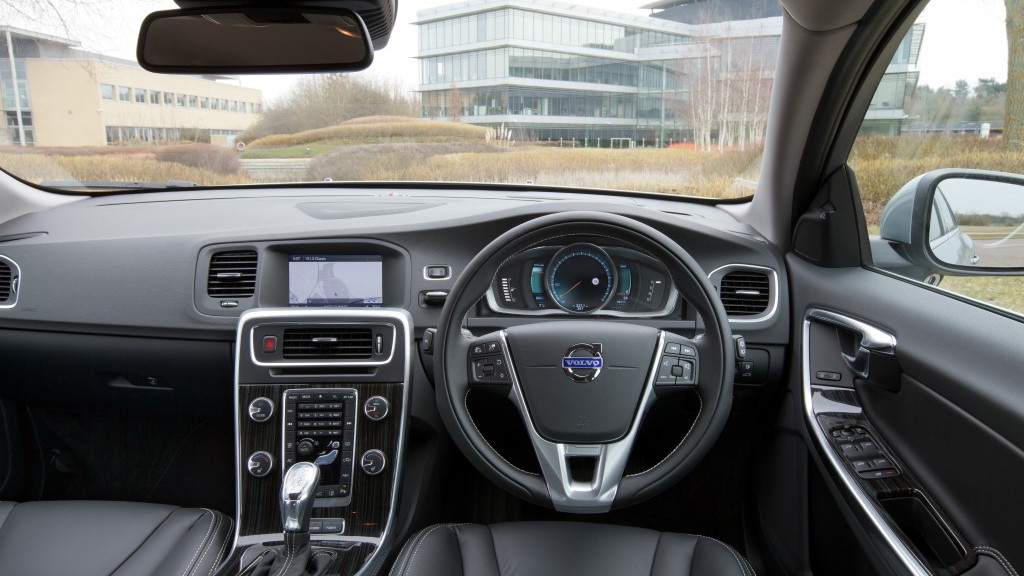 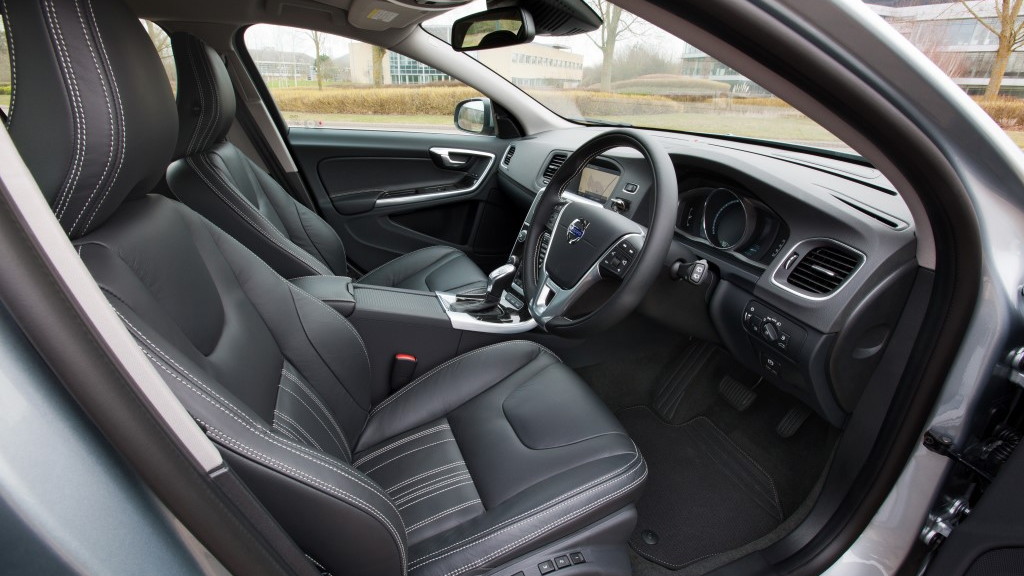 11
photos
Diesel cars are at their most economical on long, steady journeys, and plug-in hybrids are at their best for shorter trips. So why haven't the two been combined yet?

Actually, they have--and you're looking at the very first one.

The Volvo V60 Plug-In Hybrid is the first diesel plug-in hybrid vehicle. It will make its first U.S. appearance at next week's New York Auto Show, though as a display model only--it's not expected to be sold in the U.S. in its current form.

Instead, the U.S. iteration of Volvo's plug-in hybrid technology will likely be offered in a couple of years in the next-generation XC60 crossover.

First diesel hybrid with a plug

The concept of a diesel hybrid has already been explored by Peugeot, Citroen and Mercedes-Benz, but Volvo is the first company to take the concept and add a plug-in battery pack that can recharge on grid power.

Volvo saw the potential in matching its 2.4-liter 'D5' five-cylinder turbodiesel engine with a rear-mounted electric motor and plug-in rechargeable battery. In theory, this could be the ideal mix for real-world economy.

The V60 is, like the recent Peugeot and Citroen diesel hybrids (also not sold in the U.S.), known technically as a "through-the-road hybrid."

A 215-horsepower, five-cylinder turbodiesel sits up front, and powers the front wheels through a 'Geartronic' torque-converter automatic transmission.

On that diesel engine, an 'Integrated Starter Generator' replaces the usual alternator, and as the name suggests can be used to start the engine (it's directly linked to the crankshaft) or used to top up the batteries--quite similar to the General Motors "eAssist" mild-hybrid system.

The large lithium-ion battery pack has a total capacity of 11.2 kilowatt-hours, though only 8 kWh of the pack is used--which Volvo says improves battery life significantly, as the pack is never fully charged or discharged.

The battery sends power to a rear-mounted electric motor, offering peak power of 68 horsepower and sustained output of 27 hp.

Most of the battery's energy comes from plugging in to recharge, but like any hybrid, the car boosts efficiency and regains a handful of miles via regenerative braking. The diesel engine's overrun can also put energy back in the battery if it's not needed to propel the car.

More numbers: This Volvo is quick, sprinting to 62 mph in as little as 6.1 seconds in 'Power' mode (maximum engine and electric outputs combined), with a top speed of 143 mph. Electric-only top speed is 78 mph.

Combined fuel consumption on the European cycle is 129 mpg. Volvo freely admits you're unlikely to see this number in daily driving, and it's simply what the car achieves in testing.

Like Chevy Volt or Toyota Prius Plug-In drivers, you will see either much less or much more, depending on how frequently you recharge, how long your journeys are and what you've had for breakfast. More useful, though equally variable, is the quoted 31 miles of electric range in 'Pure' mode.

To all intents and purposes, the exterior is that of a standard Volvo V60--a car not currently available in the U.S. It's a sleek-looking wagon on a set of fancy alloy wheels, and less brash than most of what the German automakers have to offer.

The same can be said of the interior, with its configurable TFT displays, tasteful wood finishes, 'floating' center stack and exceedingly comfortable seats.

The devil is in the details. Look closer on the outside, and you'll spot the charging door build into the front wing, the chrome 'Plug-In Hybrid' strip running across the tailgate, and the small composite inserts in the alloy wheels, to improve aerodynamics.

Inside, you'll see those displays have several battery graphic and power usage options, the three mode buttons (Pure, Hybrid and Power) at the base of the floating stack, and if you pop the trunk, you'll note the floor is raised by a few inches, hiding the battery pack below.

How does it drive?

Out on the road it all feels remarkably normal--it's smooth, refined, and usefully potent. Like all the best hybrids it spends plenty of time on electricity at lower speeds--every time you back off the gas, essentially--and does likewise at higher ones, provided you're not asking too much of the car.

For those yet-to-arrive European cities with zero-emission centers, the V60 also has a "save for later" mode on the battery, ensuring you'll have plenty of juice in the 'Pure' electric mode to get in and out of a zero-emission zone. If you find you've used most of the battery already, pressing it will ensure the engine feeds power to the battery as you're going along, to a maximum of 12 miles or so.

Kept in Pure it can feel a little underpowered out on the open road, but through towns and villages there's enough acceleration to make good progress. For higher speeds the usual technique of "accelerate using combustion, then back off" is the best way to make best use of the electric motor--something the regular Hybrid mode is only too happy to do.

It's a credit to the diesel engine and starter-generator that it's quite difficult to tell when it kicks in--most noise you hear in the cabin is from either the tires or, given the snowy weather of our test, the heater--so to all intents and purposes it's as hushed on diesel as it is on electricity.

The V60 rides and handles nicely too, though the plug-in's extra weight makes itself felt through the turns. The V60 D5, on which the Plug-In Hybrid is based, already weighs a portly 3,600 pounds, and the hybrid drivetrain adds another 550 lb or so to that.

There isn't the lift-off regenerative effect you get in many hybrids, but braking with the pedal does regenerate energy. The pedal feels odd at first--not quite as solid as that on say, a Toyota--but you get used to it and they're as smooth as every other control in the car.

Volvo's first attempt at a plug-in hybrid is very easy to like. It looks good, it's very well equipped, incredibly safe (the safest plug-in yet tested in Europe), beautifully smooth and comfortable out on the road, powerful, and high-tech.

Those with suitably short commutes will rarely have to use a drop of diesel if left in 'Pure' mode too, so it has all the commuting benefits of other plug-in hybrids--plus the attraction of plenty of power when you get bored of being eco-friendly.

And of course, it offers decent long-distance range--Volvo quotes around 560 miles.

In real-world driving, you'll rarely get close to the official 129 mpg, of course. Our test car managed a useful 50 mpg in hybrid mode during mixed city and suburban driving. That dropped to 38 mpg once we'd depleted the battery's reserves and had to rumble along on diesel alone.

In fairness, either figure is pretty good for a 2-ton wagon with nearly 300 horsepower.

We do have reservations--while the V60 is pretty, its limited practicality is even more compromised by that raised load-bay floor.

It's also not coming to the U.S. for the foreseeable future. If it did, it would likely be a tough sell at the post-incentive price of $65,000 or so it will sell for in the U.K.

Volvo doesn't intend to sell many V60 Plug-In Hybrids in Europe--figures in the low thousands were quoted--and on first impressions, it'll have little difficulty selling them.

Even if you can't buy it, you'll at least be able to see it--Volvo will show off the V60 Plug-In Hybrid at the upcoming New York Auto Show.