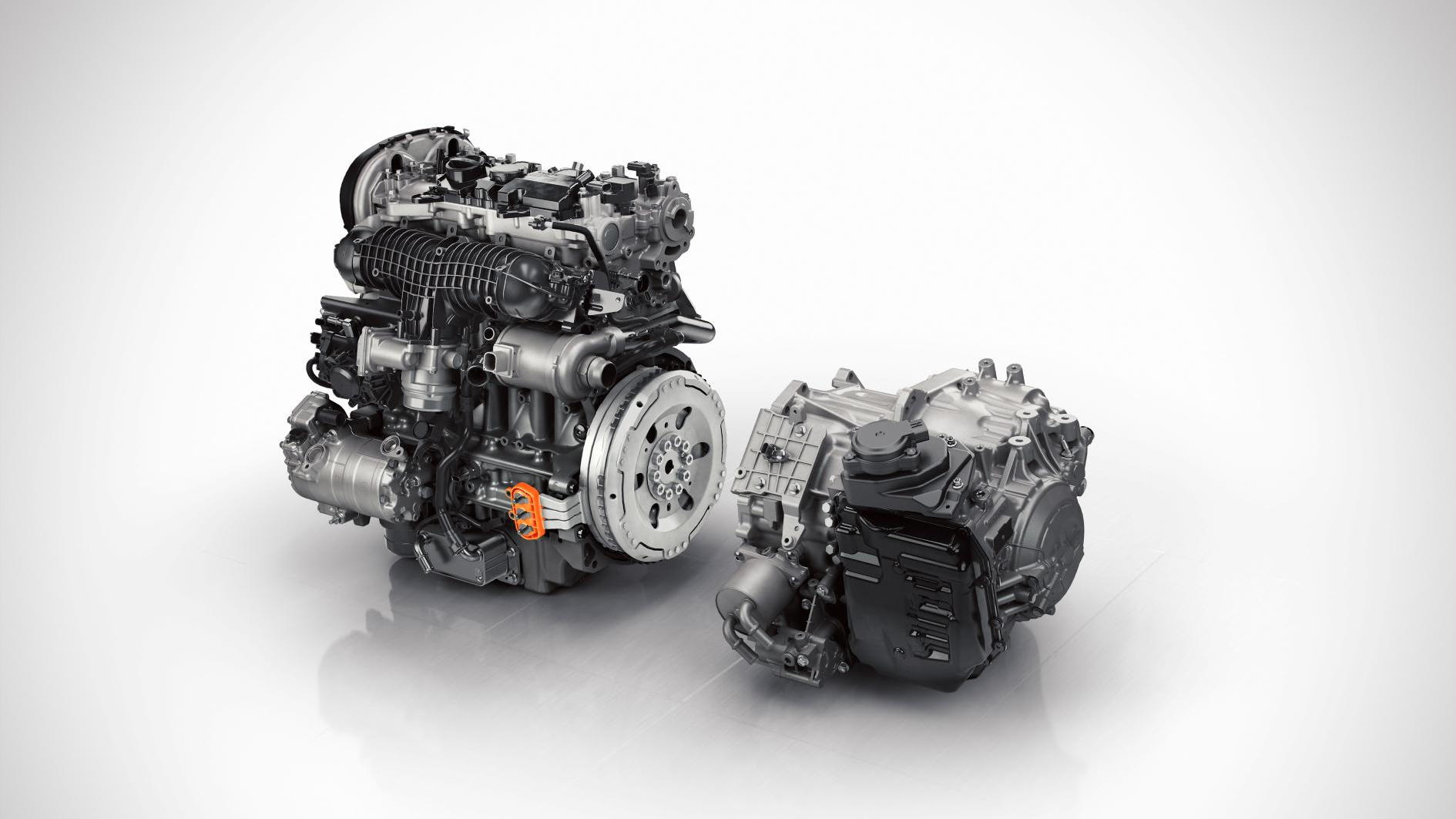 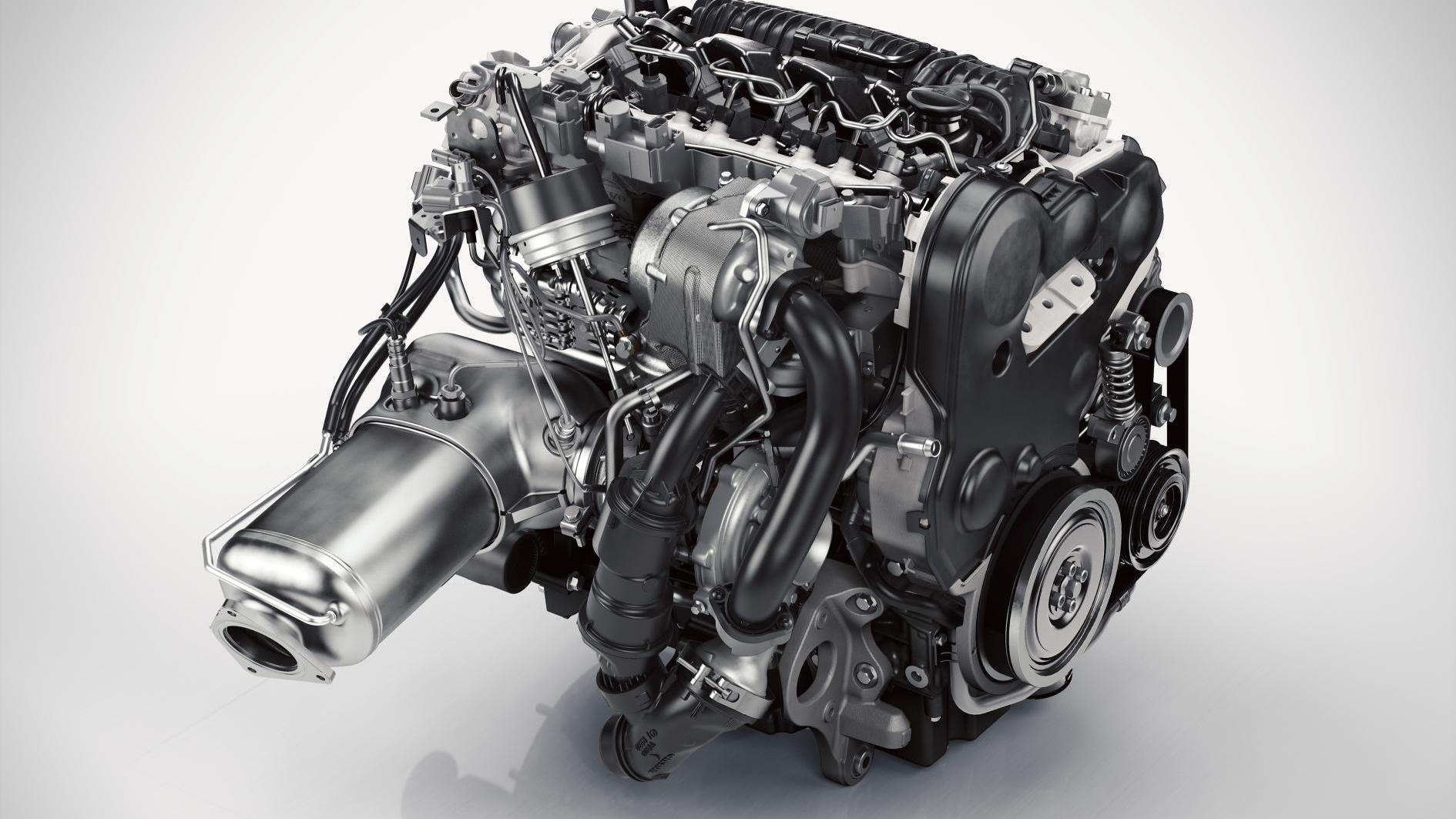 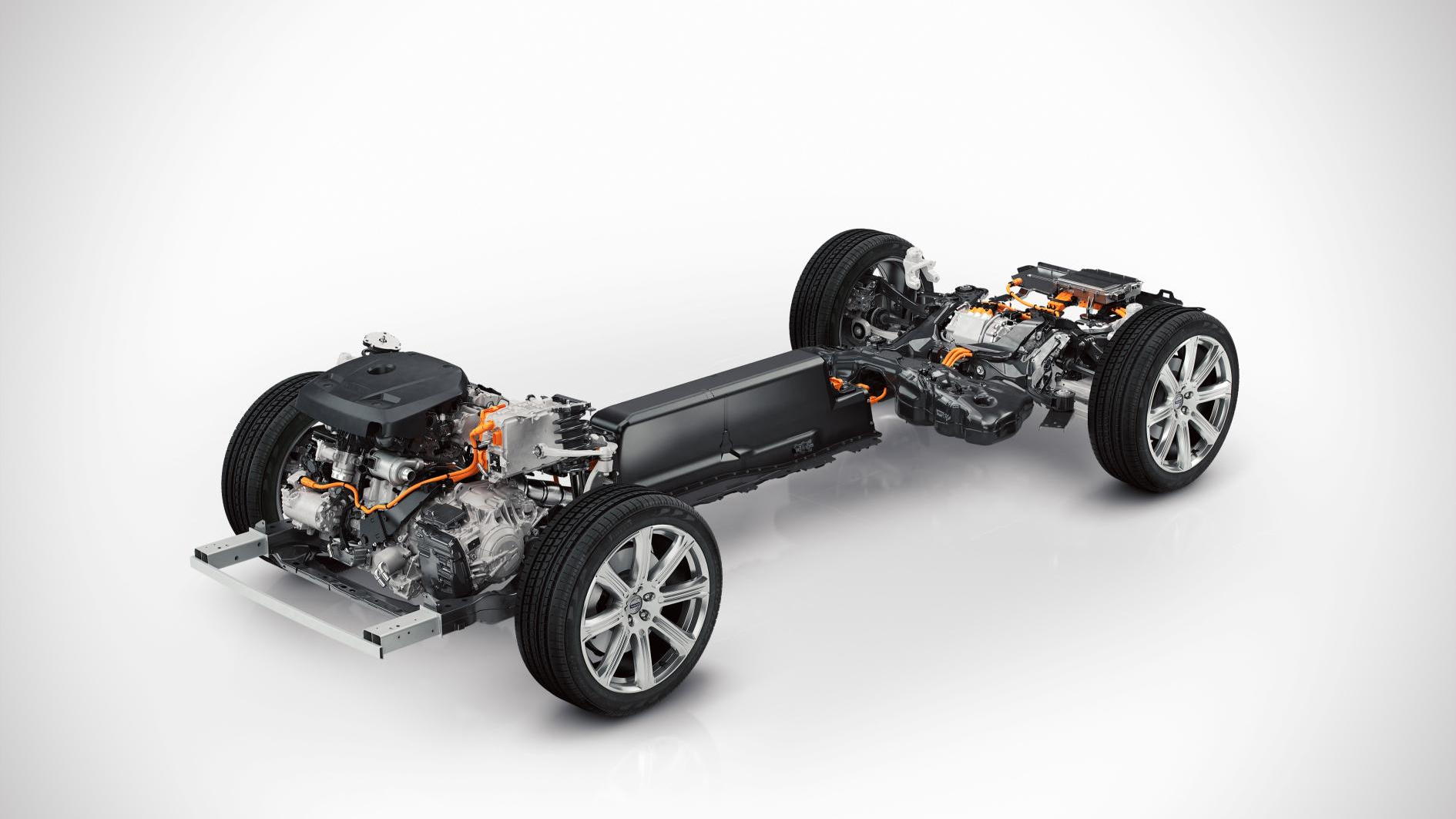 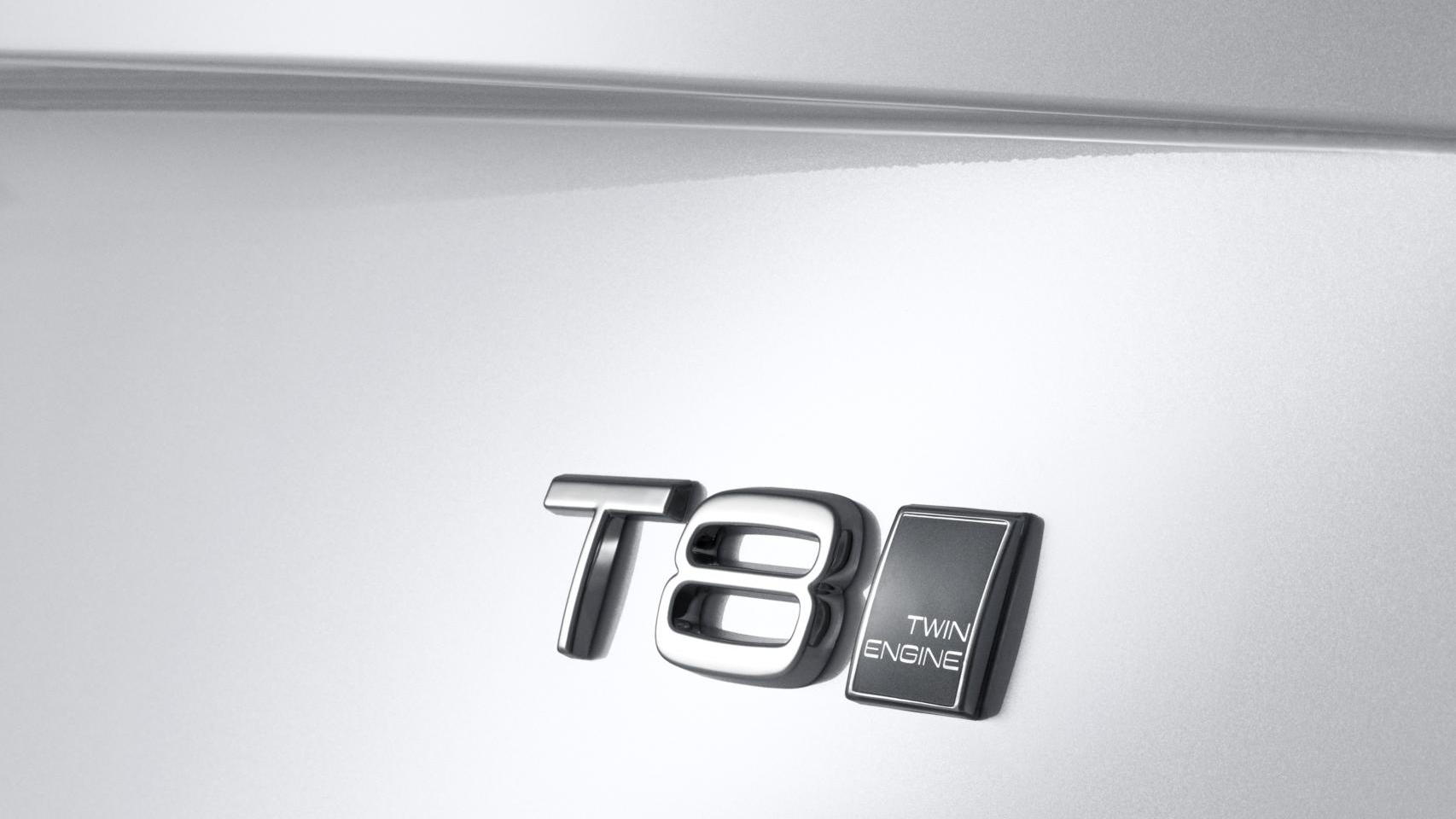 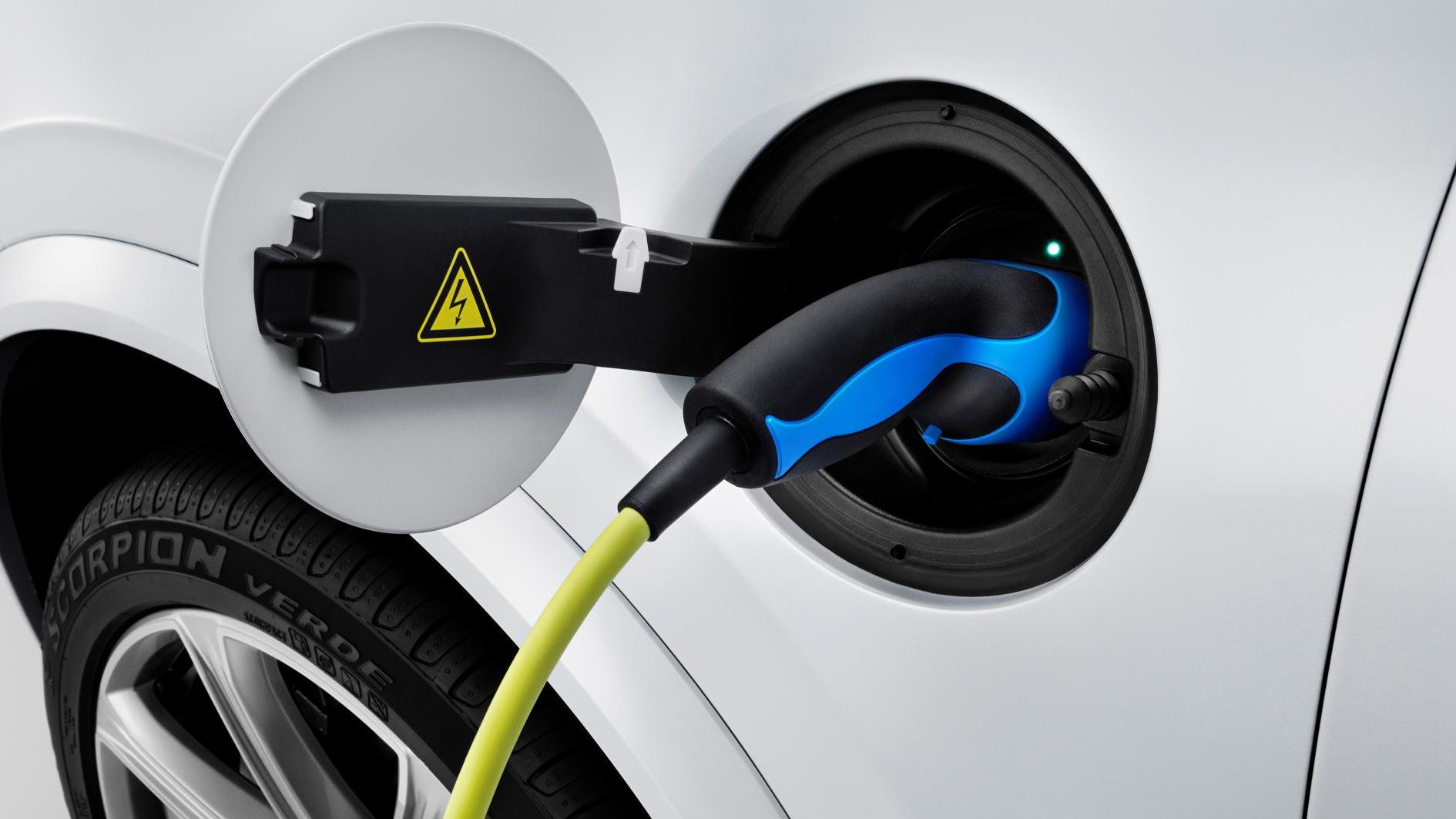 6
photos
Volvo's long-term powertrain strategy is all about four-cylinder engines.

Gone are the firm's long-standing five-cylinder gasoline and diesel units, and gone is the old XC90's V-8--replaced, in the next-generation car, with a power unit Volvo calls 'Twin Engine'.

Using an intriguing mix of four-cylinder gasoline power, a turbocharger, supercharger and plug-in electric assistance, Volvo says the new car will offer unrivaled power and clean operation in its class.

At the heart of the setup is Volvo's new Drive-E four-cylinder gasoline 2.0-liter.

An all-new design, the engine is turbocharged and direct-injected in every application, tuned appropriately depending on the levels of performance and fuel economy required.

In any format, it's more efficient than the engine it replaces. The old five-cylinder S60 sedan managed 24 mpg combined; the T5-spec Drive-E unit boosts that by more than 20 percent, up to 29 mpg combined.

Volvo also announced at the engine's launch that a turbocharged and supercharged variant would be produced--and that's the engine used in the 'Twin Engine' Volvo XC90.

The supercharger is used to boost power at the bottom end of the rev range, where a traditional turbocharged setup takes time to build up boost. A turbocharger then kicks in to increase mid-range and top-end power.

But in the T8-badged XC90, a 60 kW (80 horsepower) electric motor is also present. Driving the rear wheels, it can supply the sort of immediate surge of power electric vehicle drivers are already well used to.

The T8 'Twin Engine' setup is good for a total output of 400 horsepower, and 472 pounds-feet of torque--yet produces CO2 emissions of just 60 grams per kilometer.

That works out at just under 91 mpg, though we'd add our usual caveat that European fuel consumption figures can be up to 20 percent optimistic. As a plug-in hybrid vehicle, overall consumption also very much depends on the proportions of gasoline and electric power used.

For the XC90, that means about 25 miles of all-electric range, and like Volvo's existing plug-in diesel hybrid V60, the driver or the car can select from a mix of gasoline, hybrid or all-electric power.

As Volvo's new Scalable Product Architecture has been designed with plug-in cars in mind, there have been no compromises made on interior volume--so the outgoing XC90's practical character should be retained.

Other engines are sure to be available in the XC90, and Europe will also get several diesel options. The plug-in XC90 is expected to make its debut summer 2015.