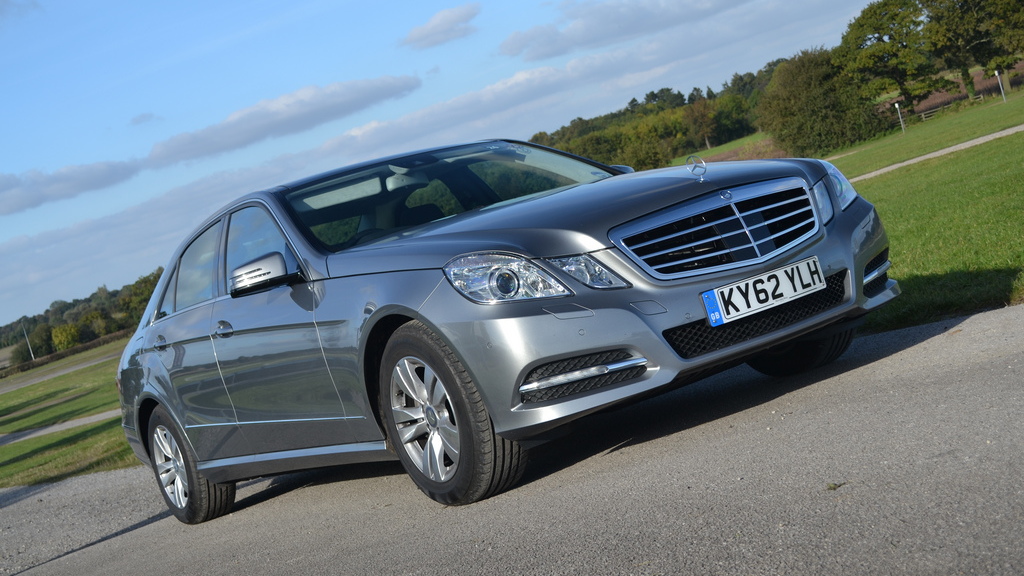 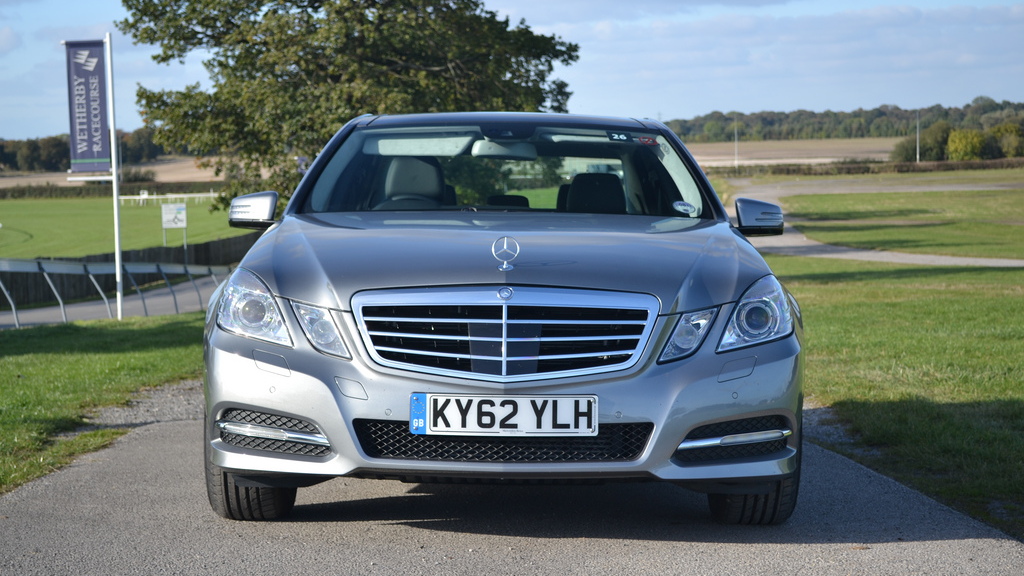 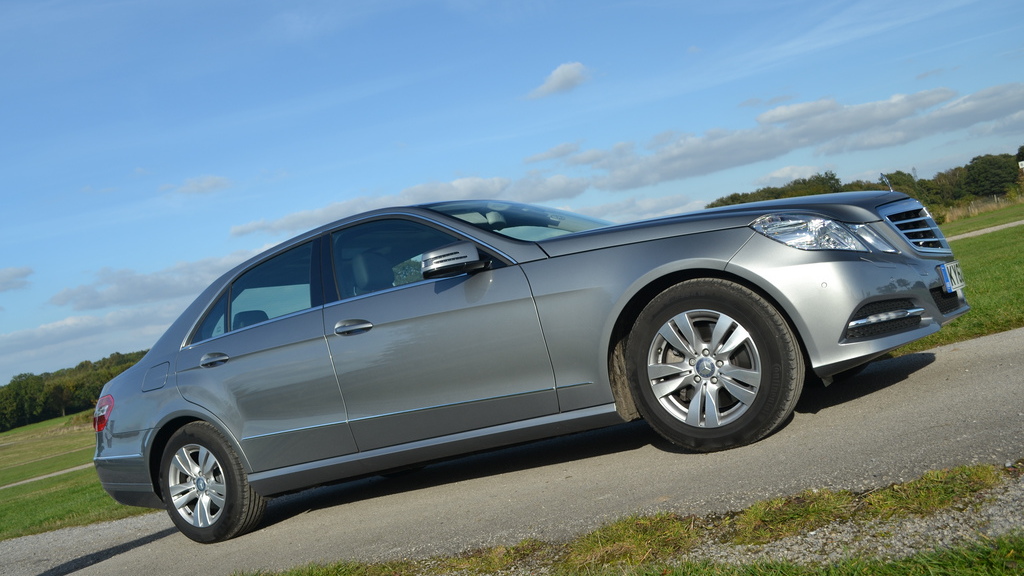 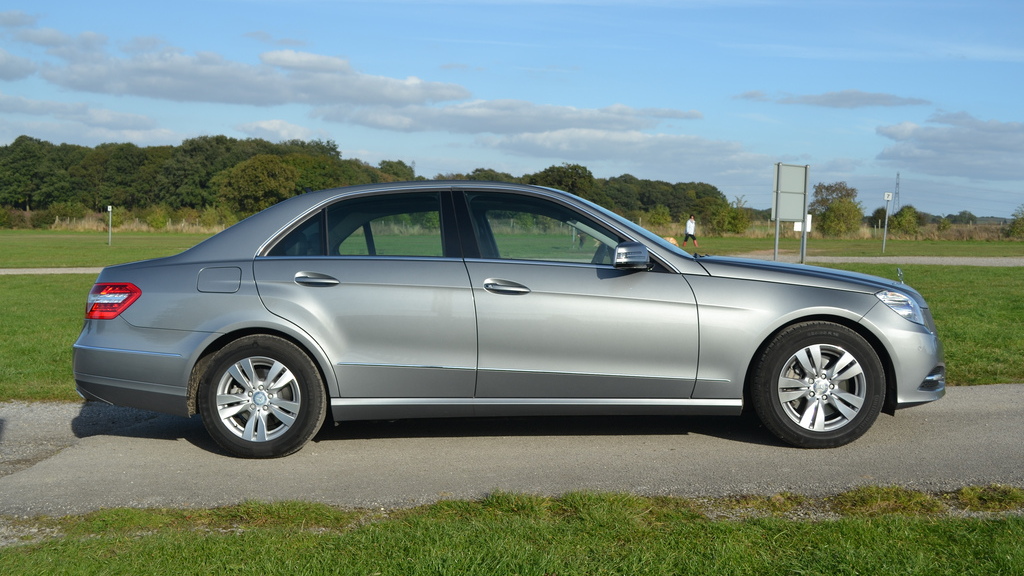 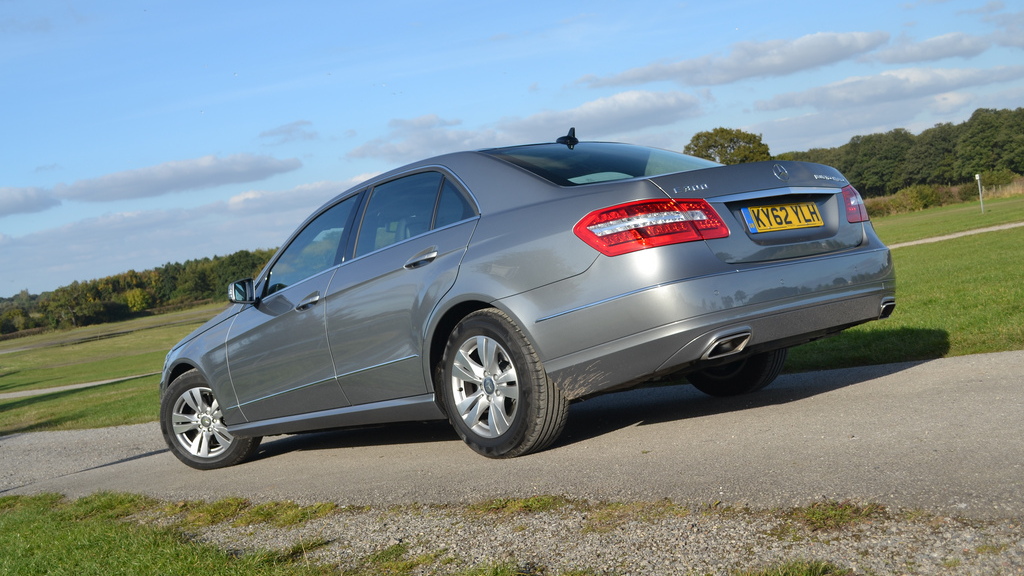 12
photos
It's often said that diesel cars are in their element at highway speeds, ticking over at low, constant revs, while hybrids are best-suited to cities--where the internal combustion engine can shut off regularly, saving gas.

You might wonder then why so few carmakers have mixed the best of both worlds in a diesel hybrid.

One company that has is Mercedes-Benz--and we've now driven the fruits of its labor, the E300 Bluetec Hybrid.

In the Peugeot, a 2.0-liter diesel four-cylinder supplied power to the front wheels, while a rear-mounted electric motor supplied the back wheels, in a part-time all-wheel-drive format. This is known as a "through the road" hybrid system.

Mercedes' diesel-electric hybrid is more similar to traditional petrol-electric setups, where an electric motor is mated to the engine. Like the Infiniti M Hybrid and BMW's ActiveHybrid 5, the Mercedes uses a traditional automatic transmission (seven speeds, in this case), rather than an e-CVT planetary gearset like Toyota and Ford hybrids.

With a 20 kW (27 horsepower), 184 lb-ft electric motor providing assistance, the E300 uses only a relatively small 2.1-liter, four-cylinder turbodiesel to provide motive force. This develops 201 hp and over 368 lb-ft of torque (from only 1,600 rpm), though as usual you can't just combine the electric and diesel outputs for a total figure.

There's little externally to signal the car's hybrid drivetrain. The only giveaways are relatively small wheels--wrapped in chunky low rolling-resistance tires--and a "Bluetec Hybrid" badge on the trunk lid.

Otherwise, it's standard Mercedes-Benz E Class: An imposing, Germanic profile, large grille with three-pointed star sat atop, and a slippery drag coefficient of only 0.25, thanks to careful surfacing.

Inside it's all standard E Class too. The interior is luxuriously-appointed, spacious, and feels like it will last for a thousand years. Virtually everything can be adjusted to find your ideal driving position, and you'll want for very little equipment.

A large display in the center of the dashboard can be set to display the hybrid drivetrain's status, as well as other standard functions, like navigation and audio.

Suffice to say, the combination of diesel and electric power is a smooth, refined and punchy pairing.

In fact, it's hard not to believe there's a six-cylinder turbodiesel under the hood, such is the refinement of the car--more than a match for other hybrid luxury sedans in the class, including the BMW ActiveHybrid 5 and Lexus GS 450h.

Mercedes quotes a 0-62 mph time of 7.5 seconds, and a top speed of around 150 mph. We tested neither the former nor the latter, but both are believable figures given the ease by which higher speeds are reached.

There's little in the cabin to give away the car's means of propulsion, save for the tiny electric motor assistance gauge swinging away in the instrument cluster, and the tachometer occasionally registering zero rpm. Drive selection is handled by a tiny lever, no bigger than you'd expect for a cruise control lever, just behind the steering wheel.

Starting up--like many hybrids--is a silent experience. A little beep signifies that the car is "Ready", at which point you can pull away on electric power alone.

The engine soon kicks in if you press the gas pedal any harder, and thanks to the tiny electric dial it's much easier to accidentally drive at a pace where the engine kicks in. When it does, it's admirably quiet and smooth--very nearly as slick as the gasoline-powered Lexus GS 450h.

The engine also frequently cuts out at speed, allowing the car to coast--Mercedes says that the engine can cut off at any speed below 100 mph.

Even with the engine running, economy is still impressive. Officially, on notoriously optimistic European fuel tests, the E300 Bluetec Hybrid will average 54-56 mpg.

Economy figures from relatively short runs--we drove the car around 13 miles in total--and deduced entirely from the on-board trip computer must always be taken with a pinch of salt.

However, we were still impressed by the numbers we saw: At around 80 mph on the freeway, driving both into and away from the wind, the computer showed an average of 41 mpg.

By the end of our drive, with a few periods of engine-off "gliding" and some low-speed driving in EV mode, the computer was showing 44 mpg. Both are remarkable figures for a car of this size and performance, and 10 mpg higher than we achieved in our test of the Lexus GS 450h--though admittedly, the Lexus' figure was attained over a more comprehensive 100 miles of driving.

The Lexus also offers greater performance, and a marginally smoother drivetrain--thought the Mercedes is very, very close. On the other hand, the Lexus runs on premium gasoline, currently slightly more expensive than diesel.

Really though, the biggest strike against the Mercedes is that the company has no plans to bring it to the U.S, instead intending to supply the gasoline-fueled, quicker but less efficient E400 Hybrid instead.

That's a shame, given the E300 diesel hybrid's talents. It can hardly be considered slow, yet trounces any current gasoline-hybrid luxury sedan on freeway economy--surely, an environment in which many luxury sedans need to excel.