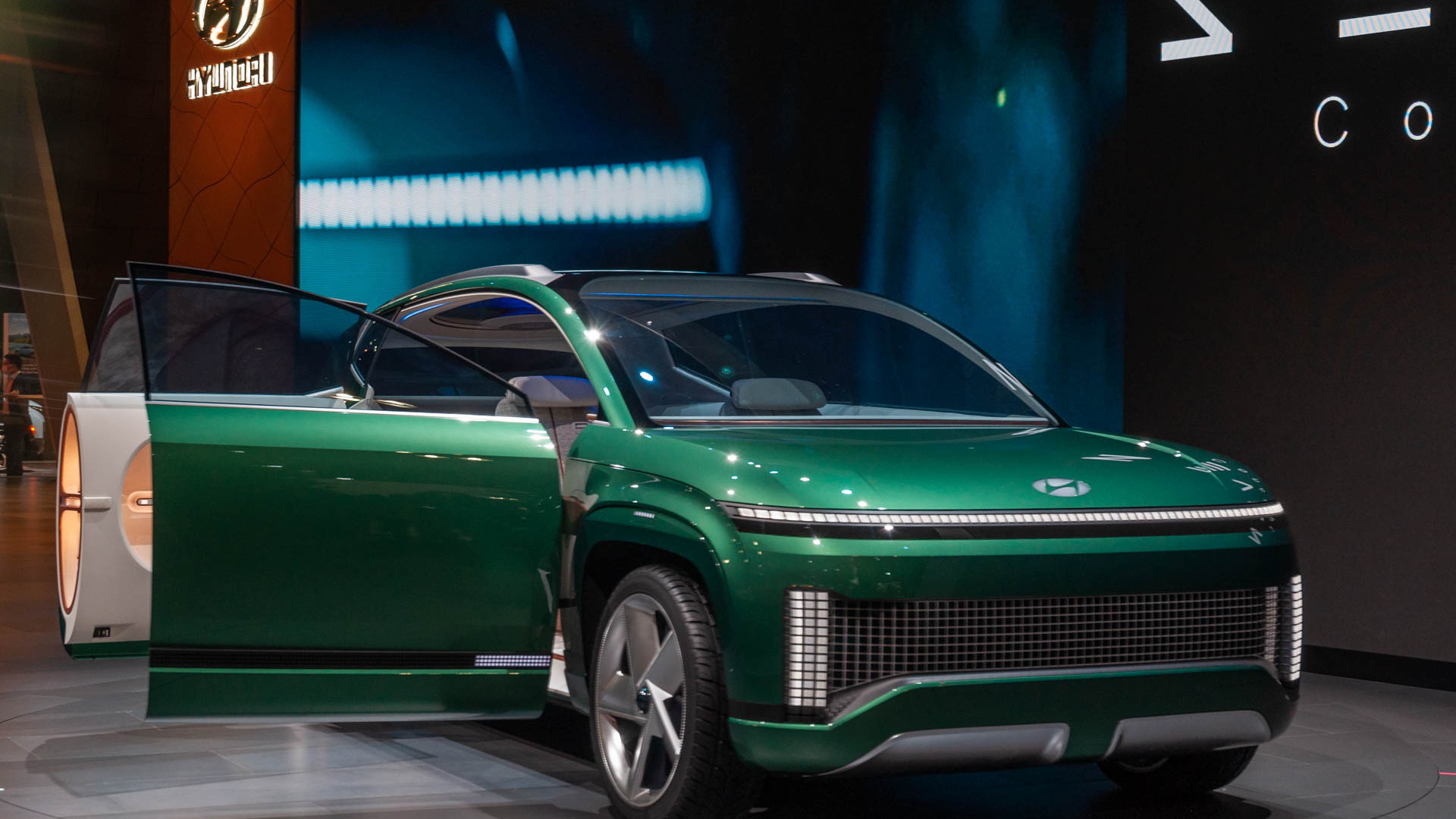 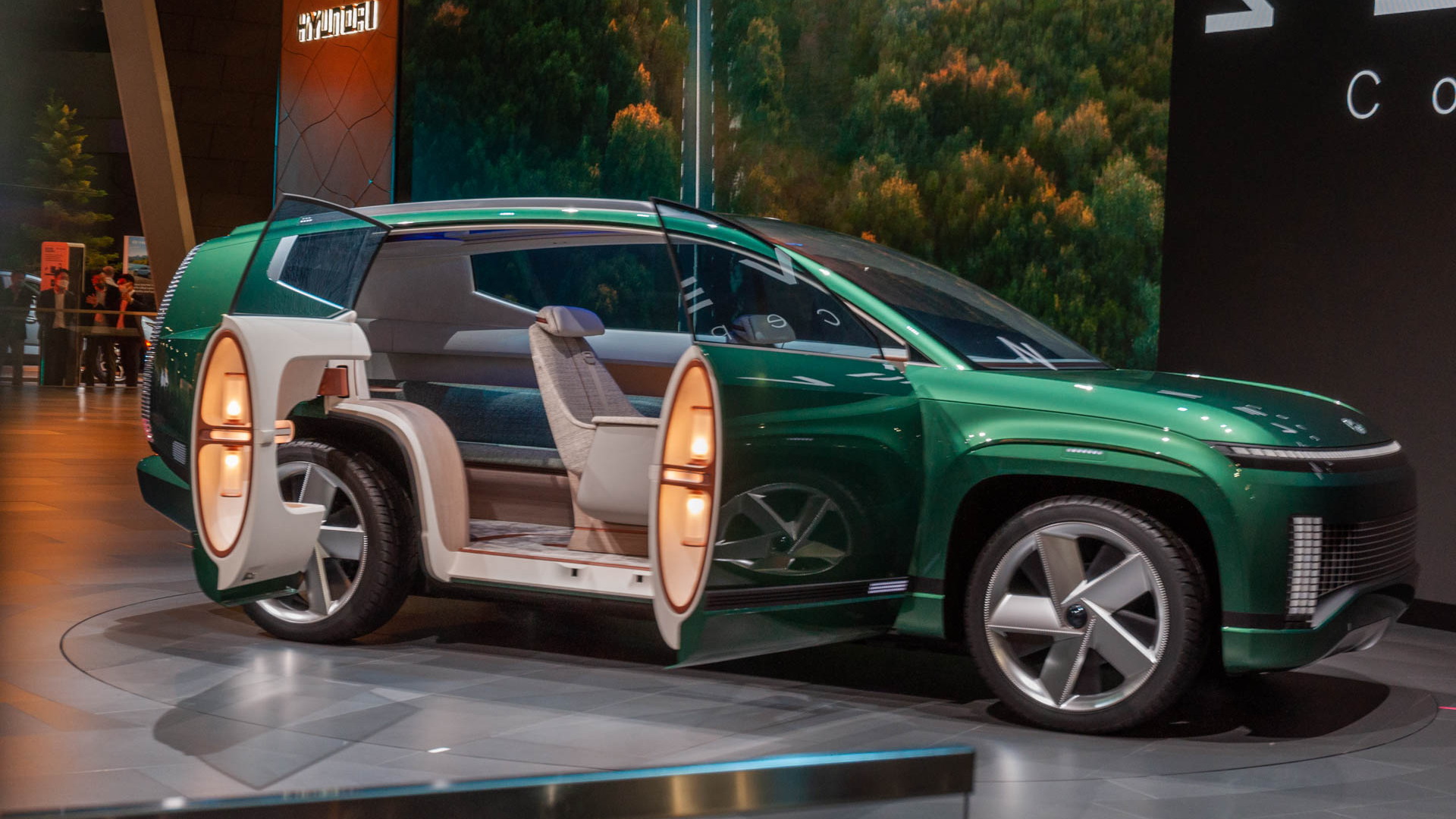 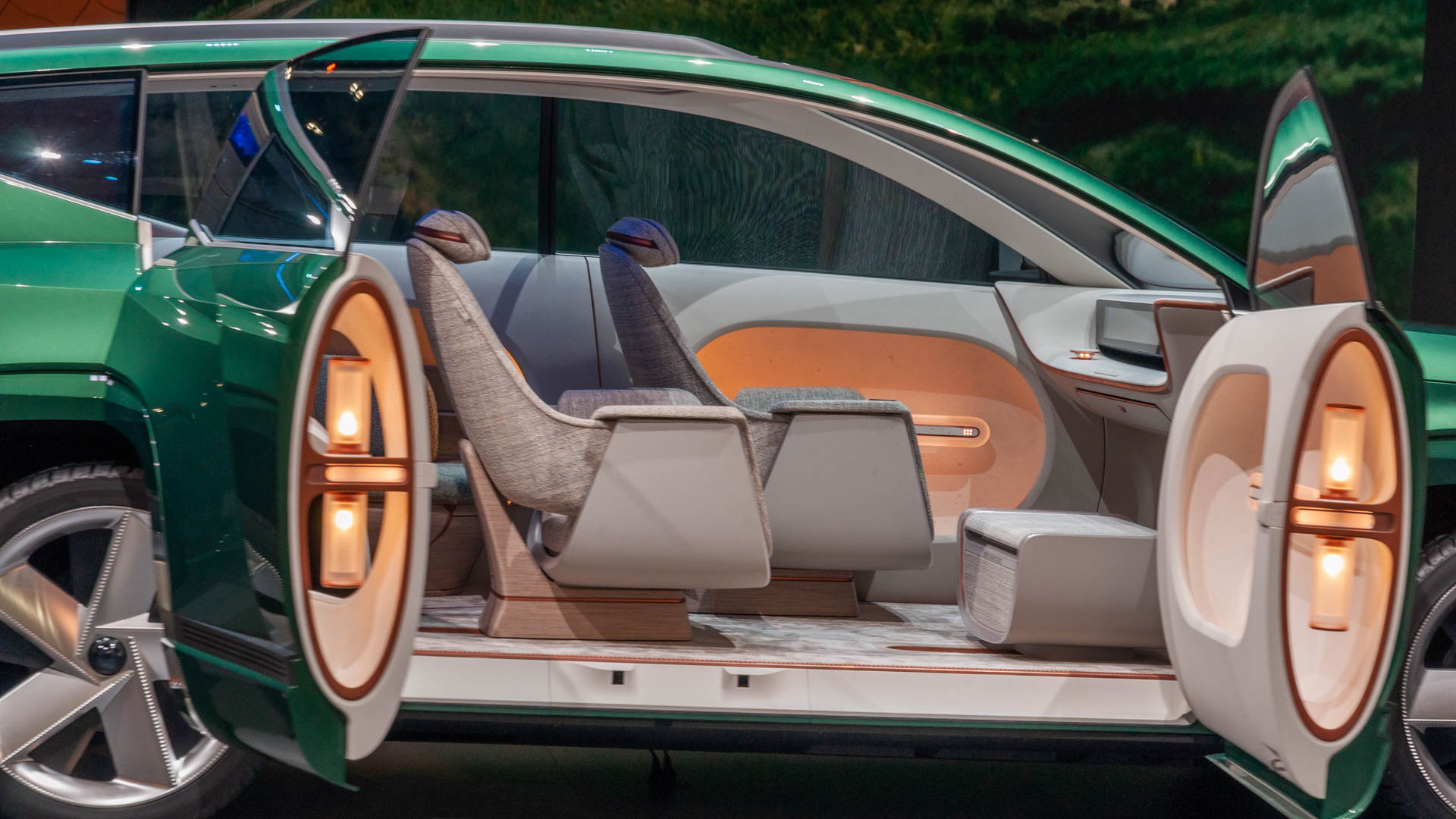 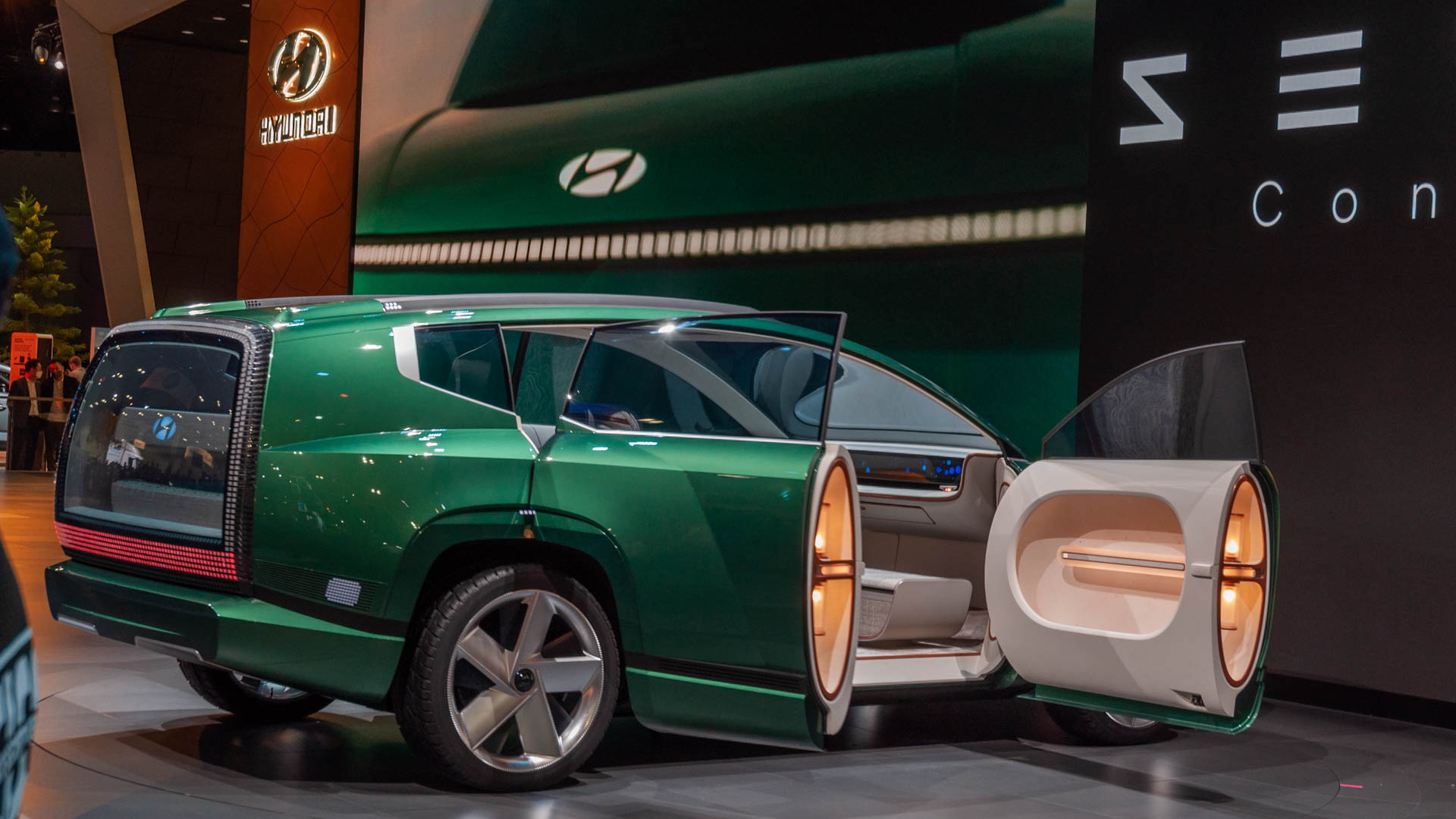 Hyundai on Wednesday unveiled the Seven concept at the 2021 Los Angeles Auto Show, previewing a future family SUV for its all-electric Ioniq sub-brand.

The concept's name hints at the upcoming Ioniq 7, due in 2024. It may also be a reference to seven seats, which seems like a possibility given the Seven concept's size. However, the concept features a lounge-like interior designed for future autonomous driving.

Accessed through suicide doors, it features a sofa-like rear bench seat and rotating front seats. The idea is that, when the car switches to self-driving mode, the driver can rotate their seat to face the other passengers.

This interior design is likely just concept-car fantasy, but the exterior design appears closer to production-ready. The Seven concept has the same Parametric Pixel lighting as the smaller Hyundai Ioniq 5 crossover, part of Hyundai's effort to create a different school of design for its Ioniq vehicles.

As with the Prophecy concept (which is set to become the Ioniq 6) Hyundai incorporated some new ideas for cabin airflow and sterilization. The Seven concept has a ventilation system inspired by commercial airliners, with the ability to pull in air through intakes in the roof rails, Hyundai explained.

The concept uses the same E-GMP dedicated EV platform that debuted with the Ioniq 5, and is also shared with the Kia EV6 and Genesis GV60. The Prophecy-based Ioniq 6 will use this platform as well.

Hyundai didn't provide much technical detail, but said the concept was designed for 300 miles of range, and incorporates 350-kw DC fast charging, allowing for 10% to 80% charge in about 20 minutes.

Hyundai previously confirmed that it will make EVs in the United States starting in 2022, although one report suggests the first ones might be for the Genesis luxury brand.