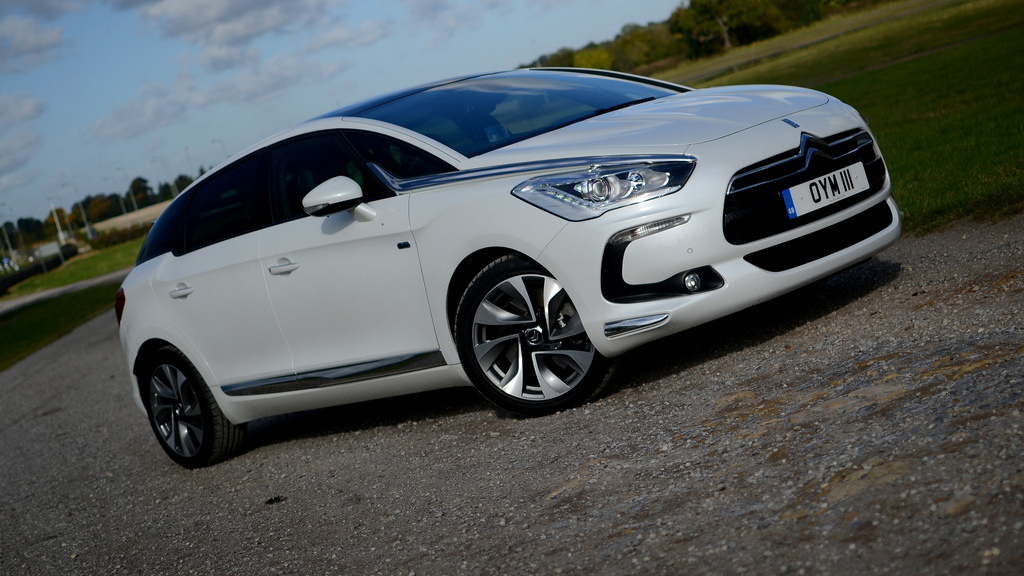 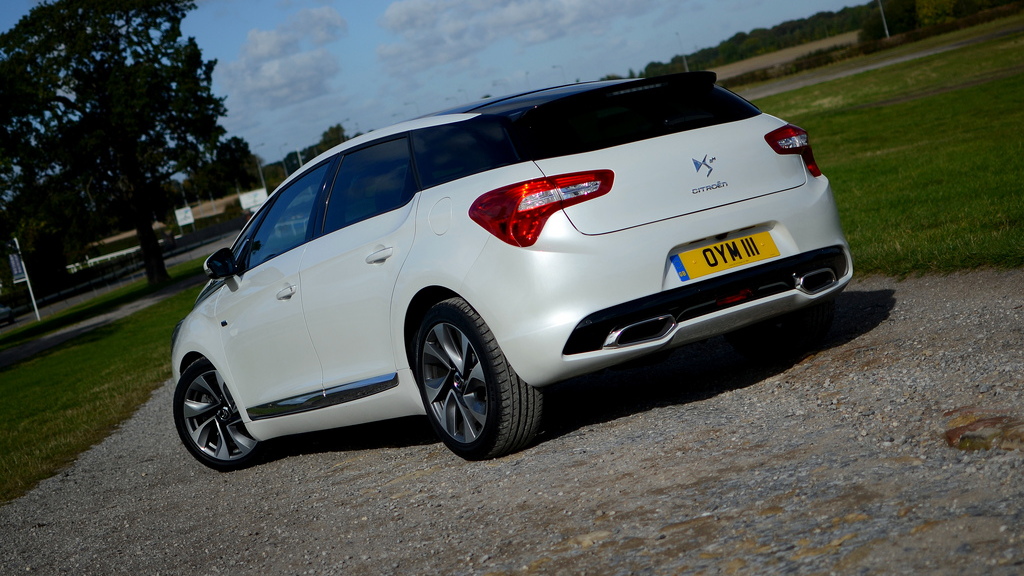 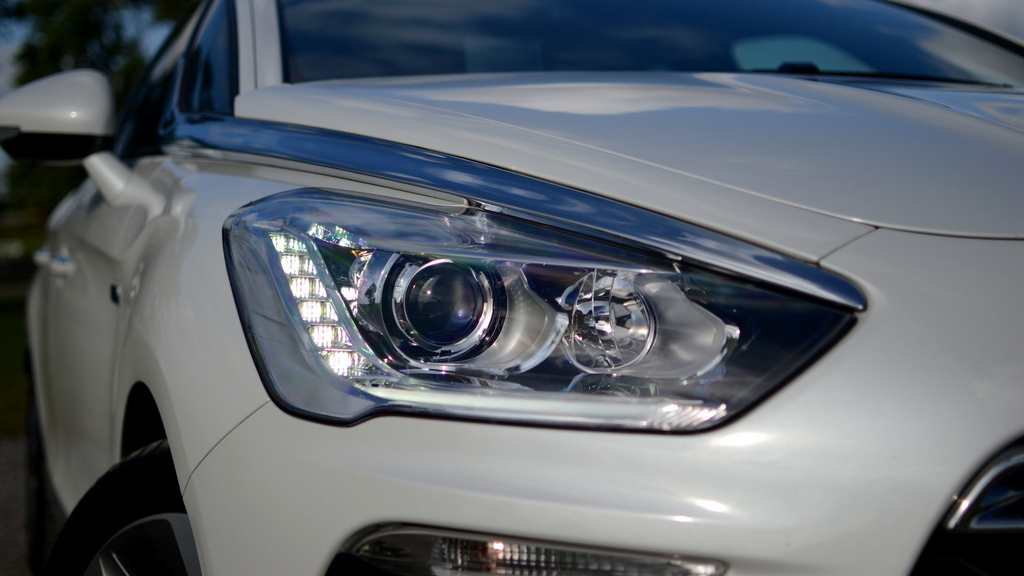 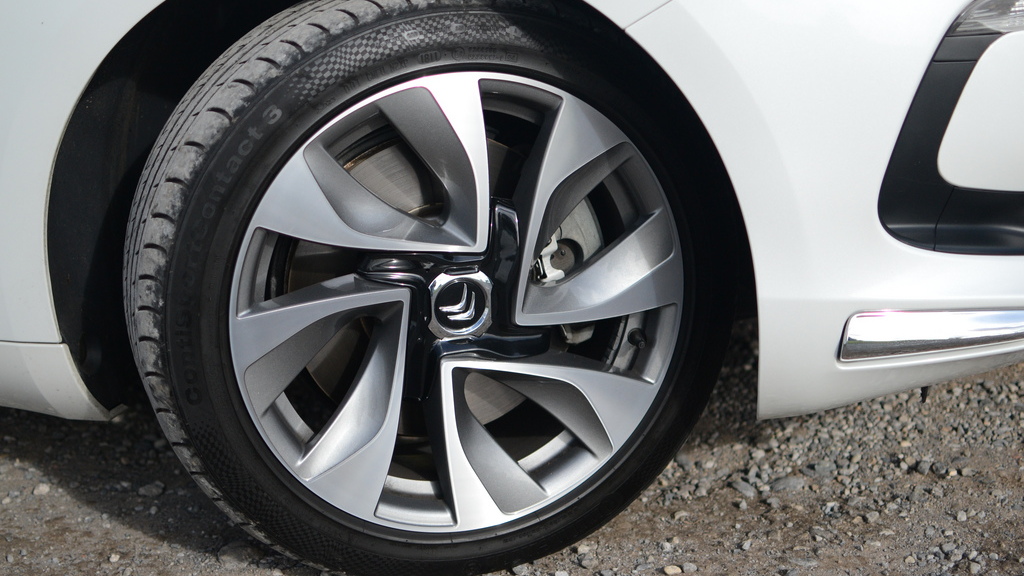 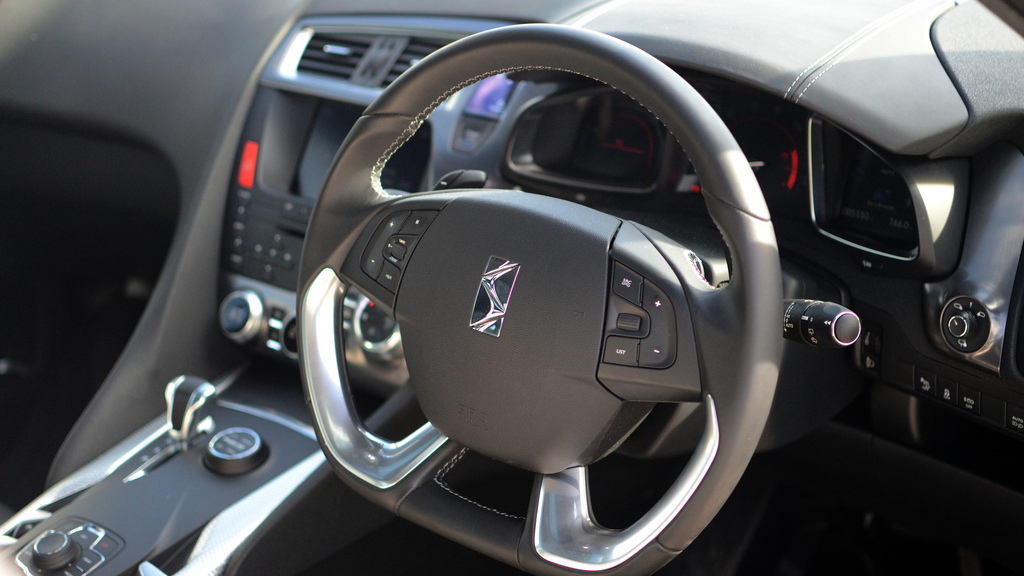 Over the past decade, the Japanese company has produced millions of Prius, making a contribution to saving gas as great as any other vehicle, but the one thing that the Prius can't seem to shake off is people calling it ugly.

French carmaker Citroen has taken a different approach with the DS5 Hybrid.

It might not feature the aerodynamically-optimized lines of the Prius, and it's a little on the portly side at 3,660 lbs, but just look at it!

Its long, tall and voluminous profile might look unusual to those not used to Citroen's more recent shapes, but the detailing is exquisite and its road presence remarkable.

Chromed 'blades' scythe their way off the headlamps, cut across the front fenders and pierce into the darkened windows. The roof appears to float on those windows, before stopping abruptly at the rear.

Twin exhaust outlets are built into the rear bumper, the alloy wheels resemble throwing blades and the 'DS5' logo on the trunk lid resembles Viking runes. The whole car is a riot of details, yet it has elegance far beyond its humble hatchback style.

And that's before you even step inside.

If you've ever experienced an older French car, or have had the misfortune to rent a base-model Citroen on a vacation to Europe, then the DS5's innards will be alien to you.

Seats and surfaces are wrapped in soft leather, while details are picked out in burnished metal.

The gauges are inspired by those in fighter jets, and while they're a little hard to read (no matter - there's a head-up display with a speedometer anyway), they look amazing.

So too do the aircraft-inspired roof-mounted switches for the various sunroof controls. For interior ambience, there are few cars to match it, even at two or three times the price--around $43,000 in Europe.

Specifically, it's a through-the-road hybrid, the same drivetrain as in the Peugeot 3008 HYbrid4 we tested a while back.

A 2.0-liter, turbocharged diesel engine sits under the nose and powers the front wheels, while a 37-horsepower electric motor supplies the rear wheels. Together they provide around 200-hp of shove, 2-3 miles of electric range and an optimistic European average fuel economy figure of 62 mpg.

We managed around 45-46 mpg in the Peugeot, probably a more realistic figure. And also like its French cousin, an automated manual gearbox is used, which is occasionally a little jerky at higher speeds. At lower speeds you don't notice--electric propulsion fills in the gaps. You can also drive the car entirely in 'Zero Emissions Vehicle' mode at low velocities.

The Citroen is no great handler--it's a little too heavy and unwieldy for that.

Instead, you make the most of its hybrid setup, driving a little more gently, cruising around rather than driving hard. In fact, you end up driving it rather like an older luxurious Citroen, like the DS or supercar-engined SM.

Okay, so it still doesn't match the Prius for outright economy. It's also expensive (even by European standards) and the hybrid drivetrain lacks the polish of some more established players.

But in terms of chic French style and suave, leather-lined cool, no other hybrid even gets close.