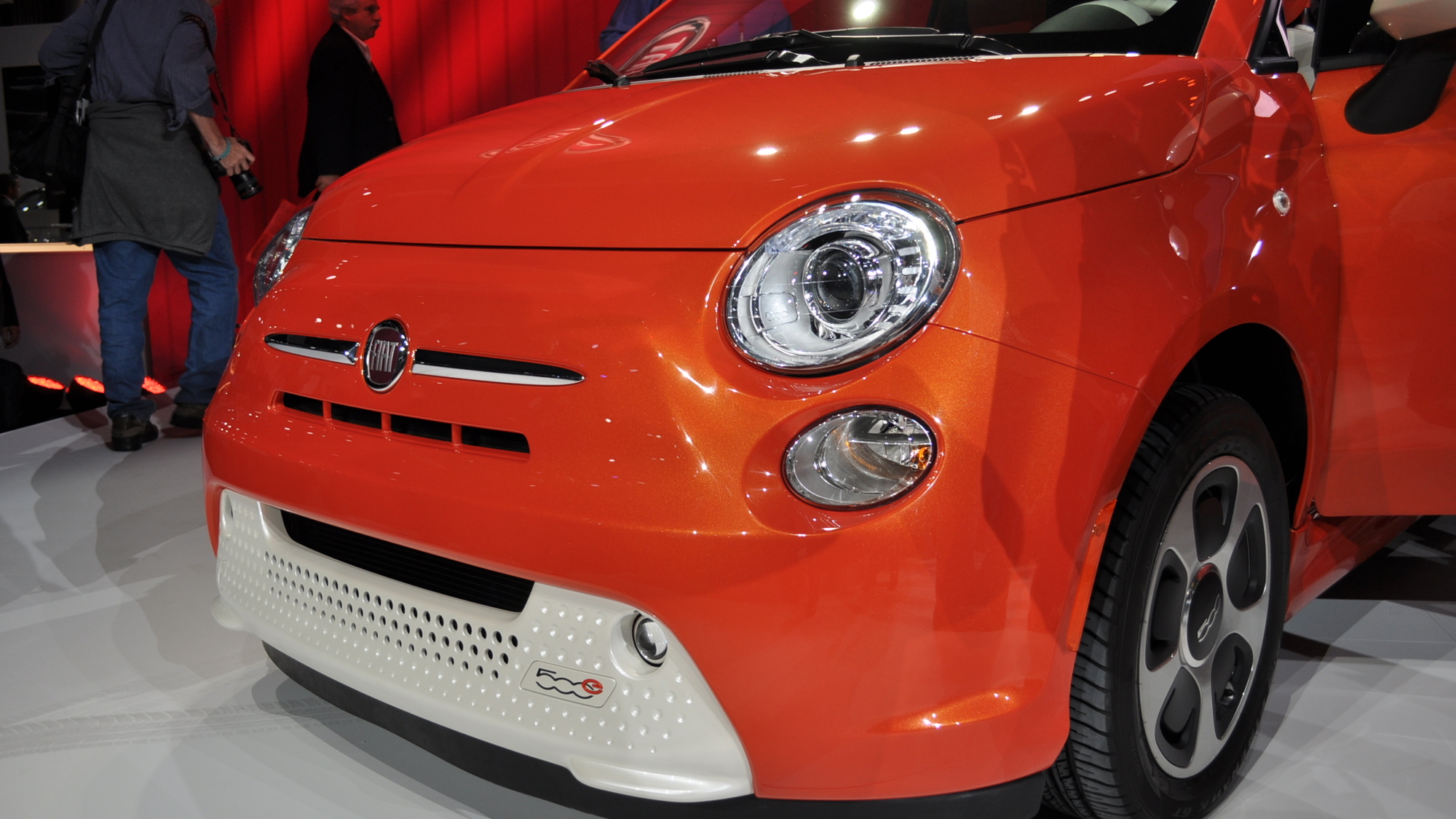 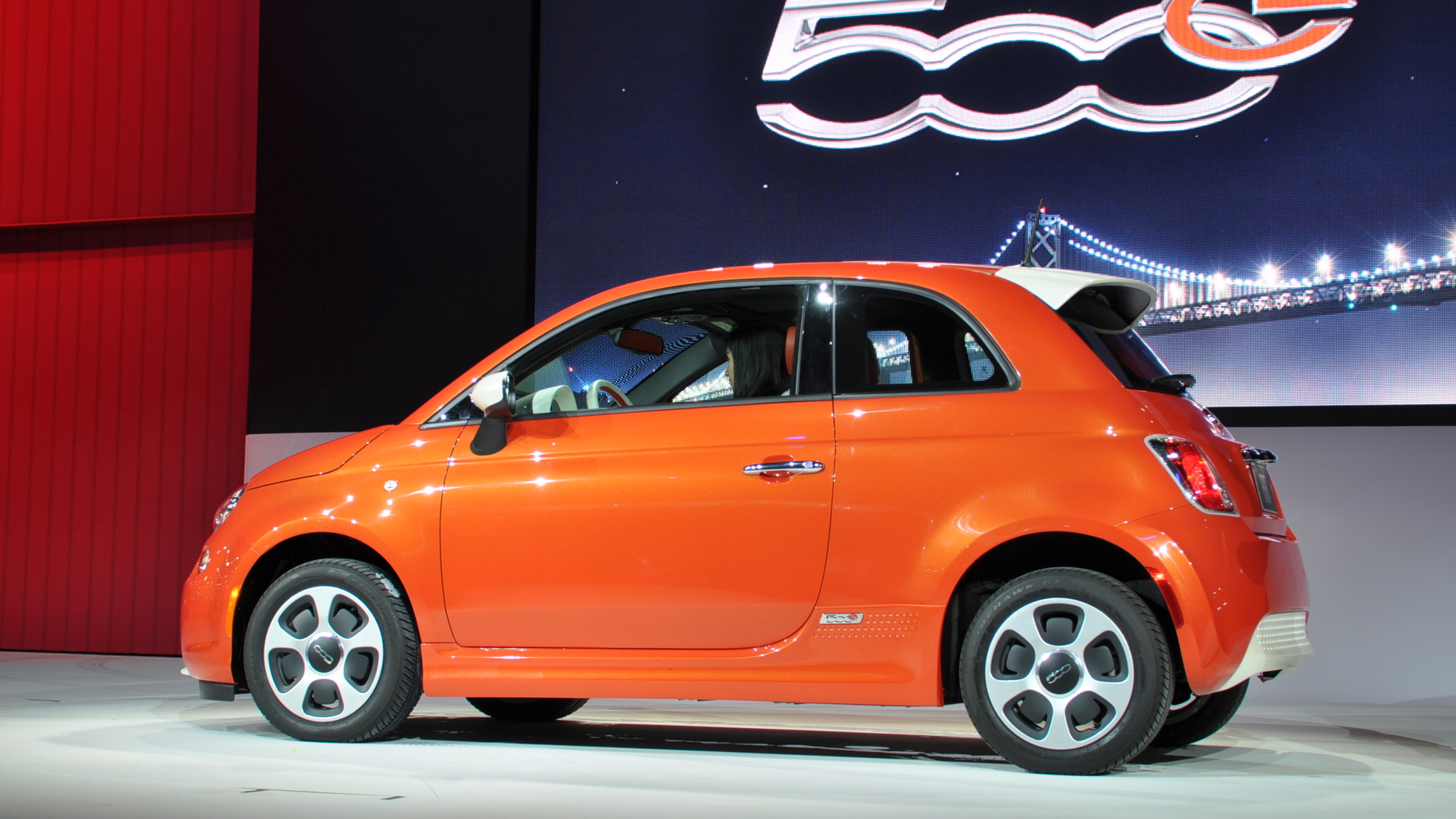 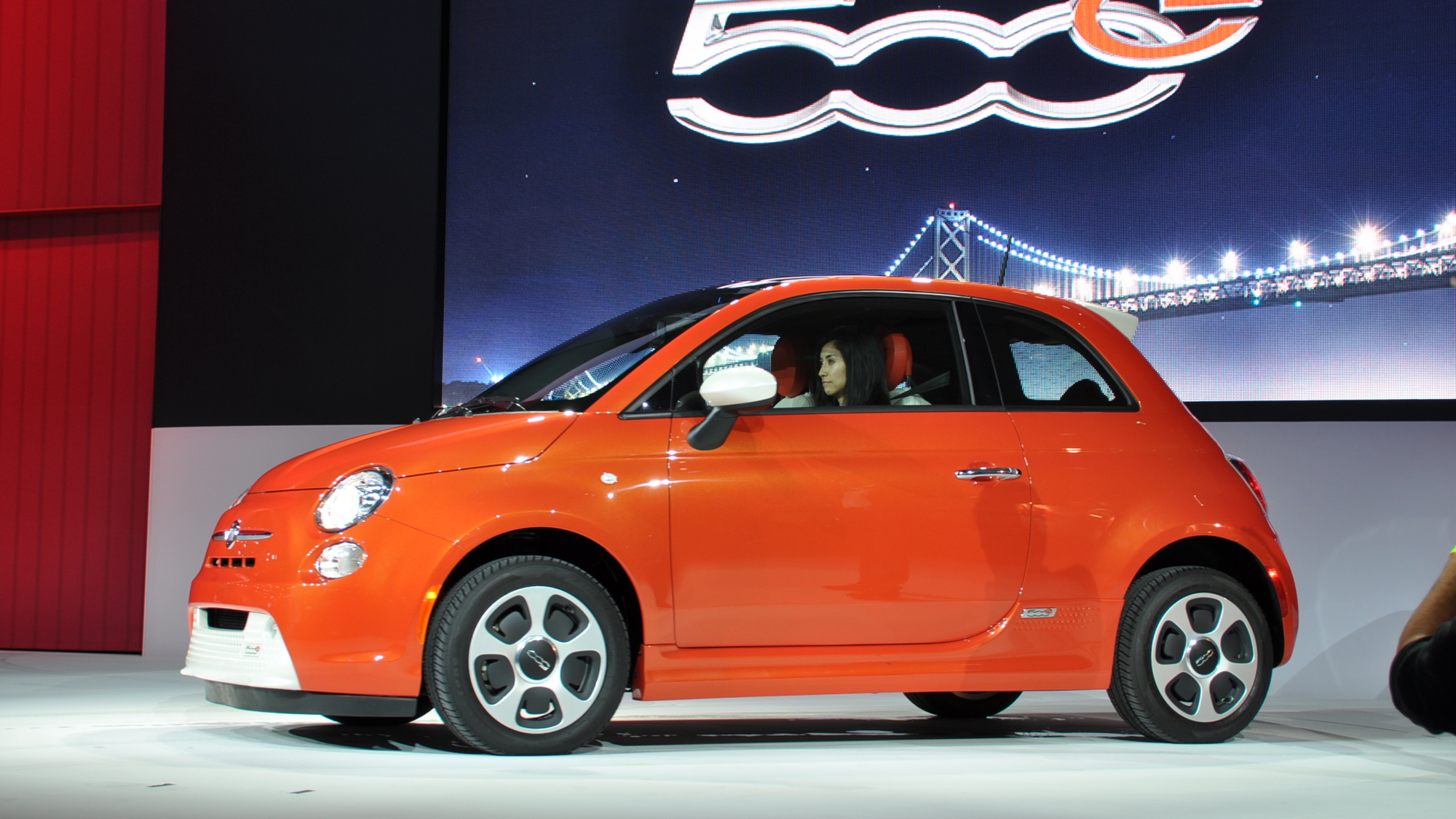 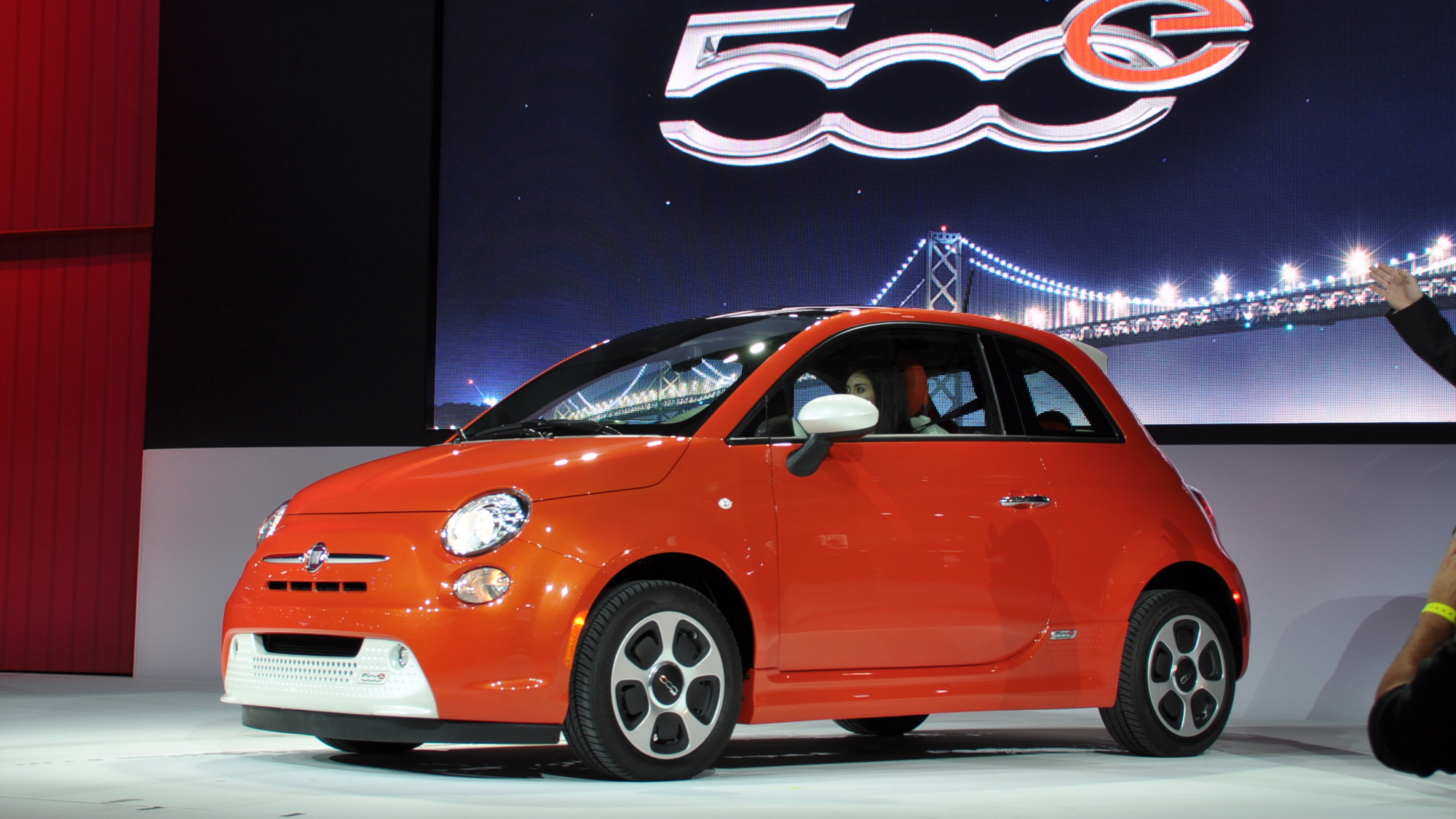 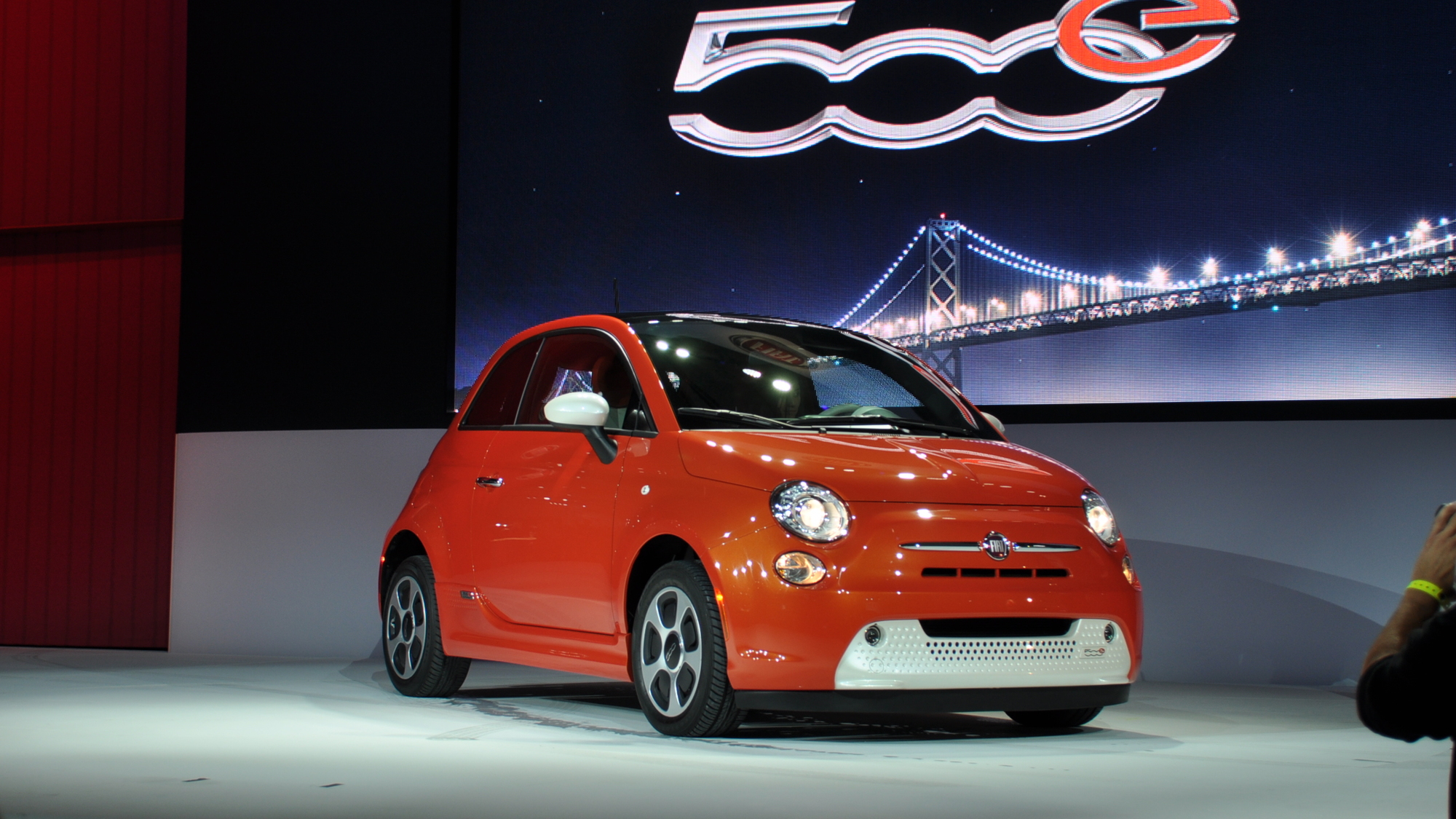 Some electric cars aren't as good as we hoped--Coda Sedan, cough--while others are better than we expected.

The battery electric conversion of Fiat's perky little 500 hatchback is powerful, fun to drive, and has enough styling tweaks to distinguish it from other 500 three-door hatchbacks, says the well-known consumer magazine.

"It was clear that Chrysler engineers didn't just phone this one in," said the reviewers. "They actually sweated the details and came up with an EV that's fun and appealing."

Like the Honda Fit EV, the Fiat 500e is a so-called compliance car, meaning it is built not for its maker to gain experience in the coming market for plug-in cars, but strictly to comply with California's zero-emission vehicle rules.

The law requires the six carmakers that sell the most vehicles in the state to deliver specified numbers of vehicles with no tailpipe emissions during model years 2012 through 2014.

So while Nissan has its Leaf, the other five carmakers have very low-volume battery electric cars that they sell only in California (and occasionally a few other regions). Once more, here's the list:

The far higher-selling group of plug-in cars that also have gasoline engines to extend their electric range do not qualify for the rule.

That means that higher sales of these cars--including so the Chevrolet Volt, Ford C-Max Energi and Fusion Energi, Honda Accord Plug-In Hybrid, and Toyota Prius Plug-In Hybrid--don't count toward the requirement.

We point this out to help consumers understand that some electric cars--whose carmakers will nonetheless promote them like crazy to certain audiences--make dubious long-term purchases at best because they're so low-volume.

While it's nice that Consumer Reports likes the Fiat 500e, it's also mostly irrelevant unless you live in California near a dealer that will sell and service the electric Fiat 500.

It apparently won't even be sold in Italy, the home country of the famous 500.

It's also a car that Chrysler really didn't want to build--as company officials have said repeatedly--which might lead buyers to question the company's commitment to supporting the car after the three-year regulatory period expires.

As for details, the 500e's 83-kilowatt (111-horsepower) electric motor connects to a single-speed gearbox that powers the front wheels. Its torque rating is 147 lb-ft.

The basic 500 has been modified with more aerodynamic front and rear bumper shields, side sills, and door mirrors. It also has a spoiler on its liftgate that helps smooth airflow coming off the back of the little three-door hatchback.

The Fiat 500e's 24-kilowatt-hour lithium-ion battery pack is mounted largely under the rear seat and load bay, and delivers a stated range of up to 80 miles.

Recharging a depleted pack takes roughly 4 hours at a 240-Volt Level 2 charging station, thanks to Fiat fitting its little 500e with a powerful 6.6-kilowatt onboard charger.

[NOTE: Consumer Reports reporter Tom Mutchler says the 500e's 24-kWh battery pack is "considerably larger" than those of the Nissan Leaf and Ford Focus Electric. That's not accurate; the Leaf's is also 24 kWh, and the Focus Electric's is negligibly smaller at 23 kWh.]

Thus far, Fiat has not released pricing for the electric 500, which will arrive at selected California dealers this summer. We'd expect something between $28,00 and $35,000.

It also hasn't said whether the car will be sold, or--like the Fit EV--simply leased for the necessary period. That lease allows Honda to take back its 1,100 electric Fits and destroy them.

This avoids having to provide parts and service for the cars after the lease. Given its professed dislike of the car, we wonder whether Fiat will take that route as well.

It's said to be a great little car.