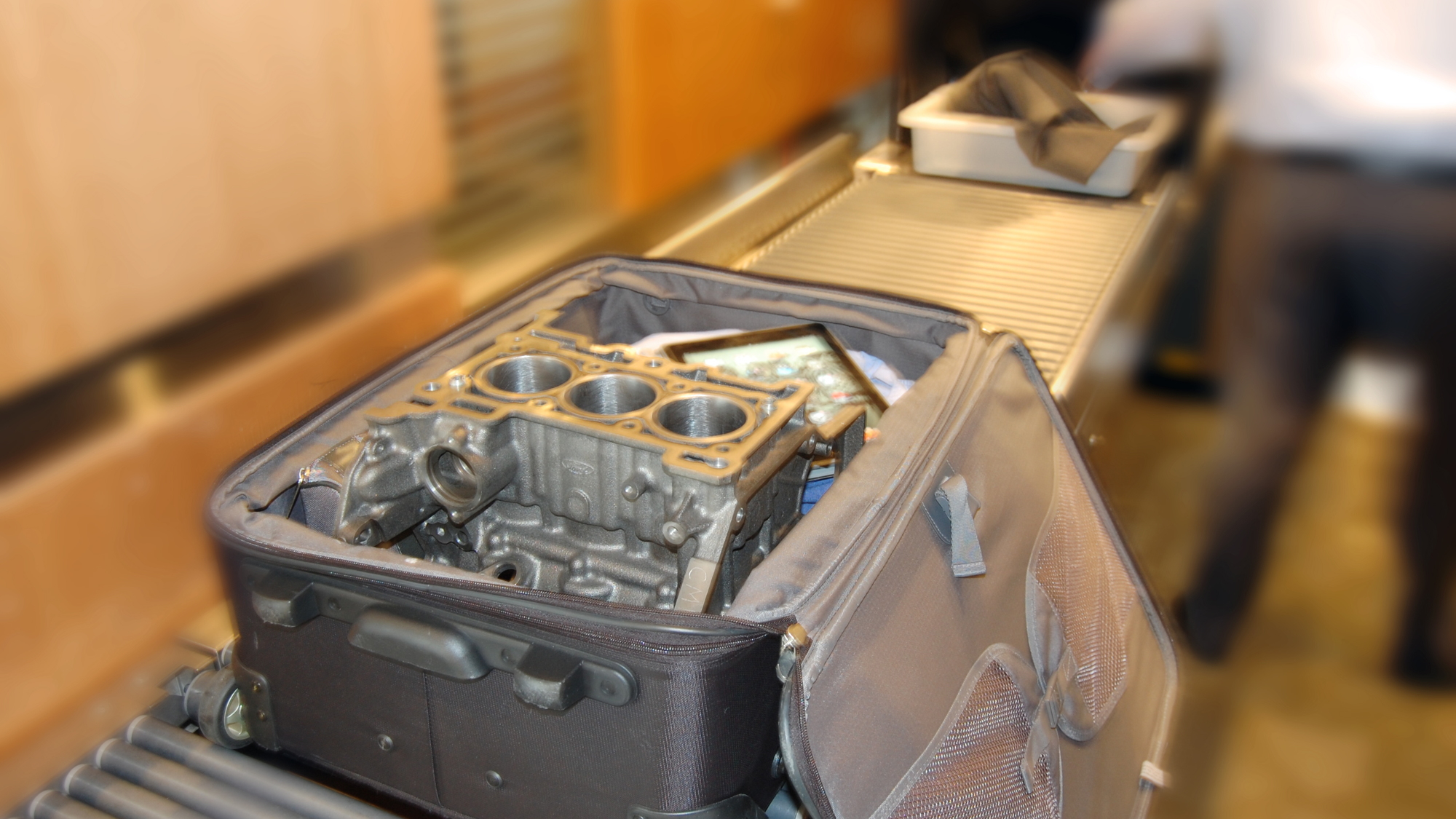 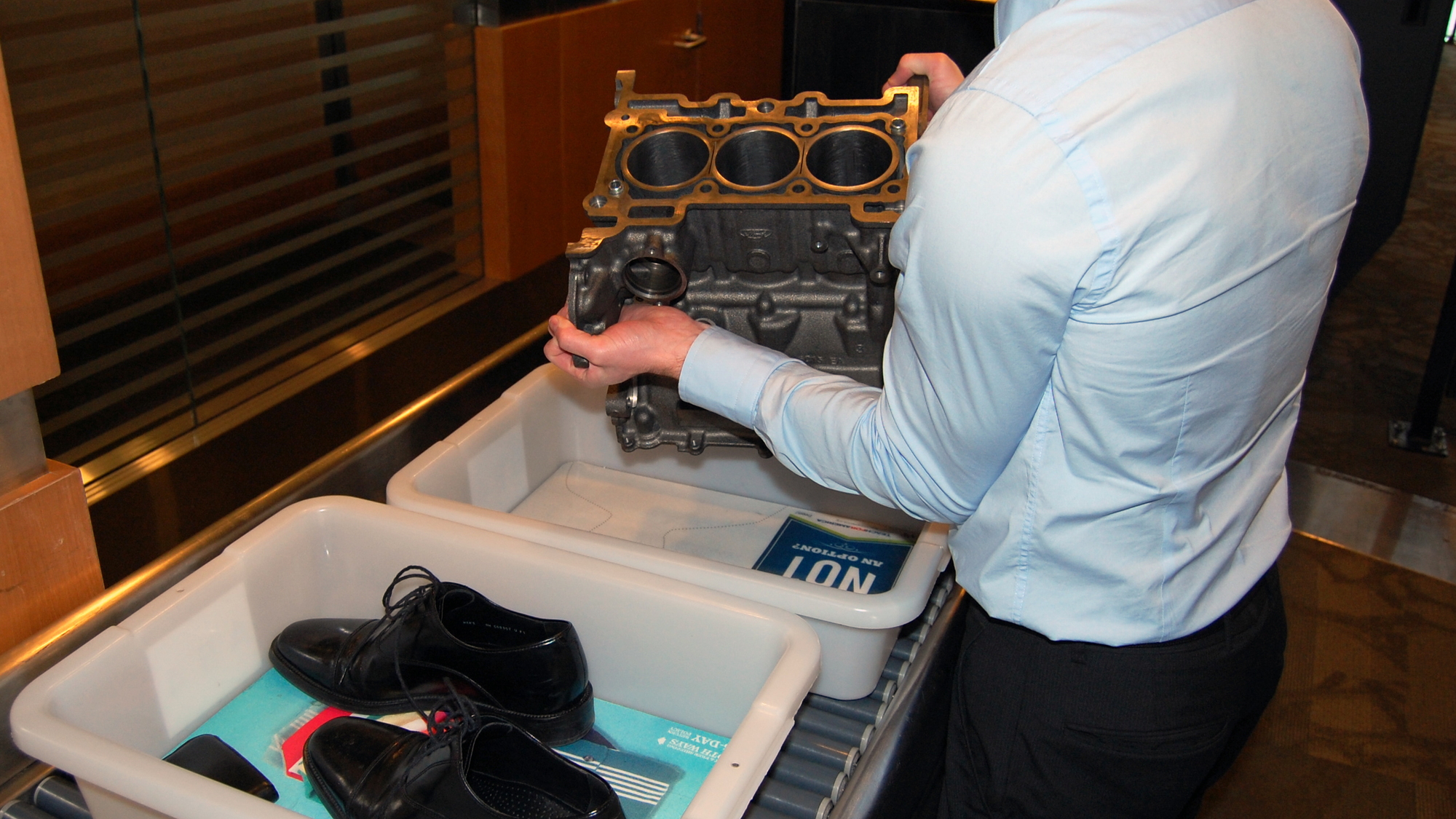 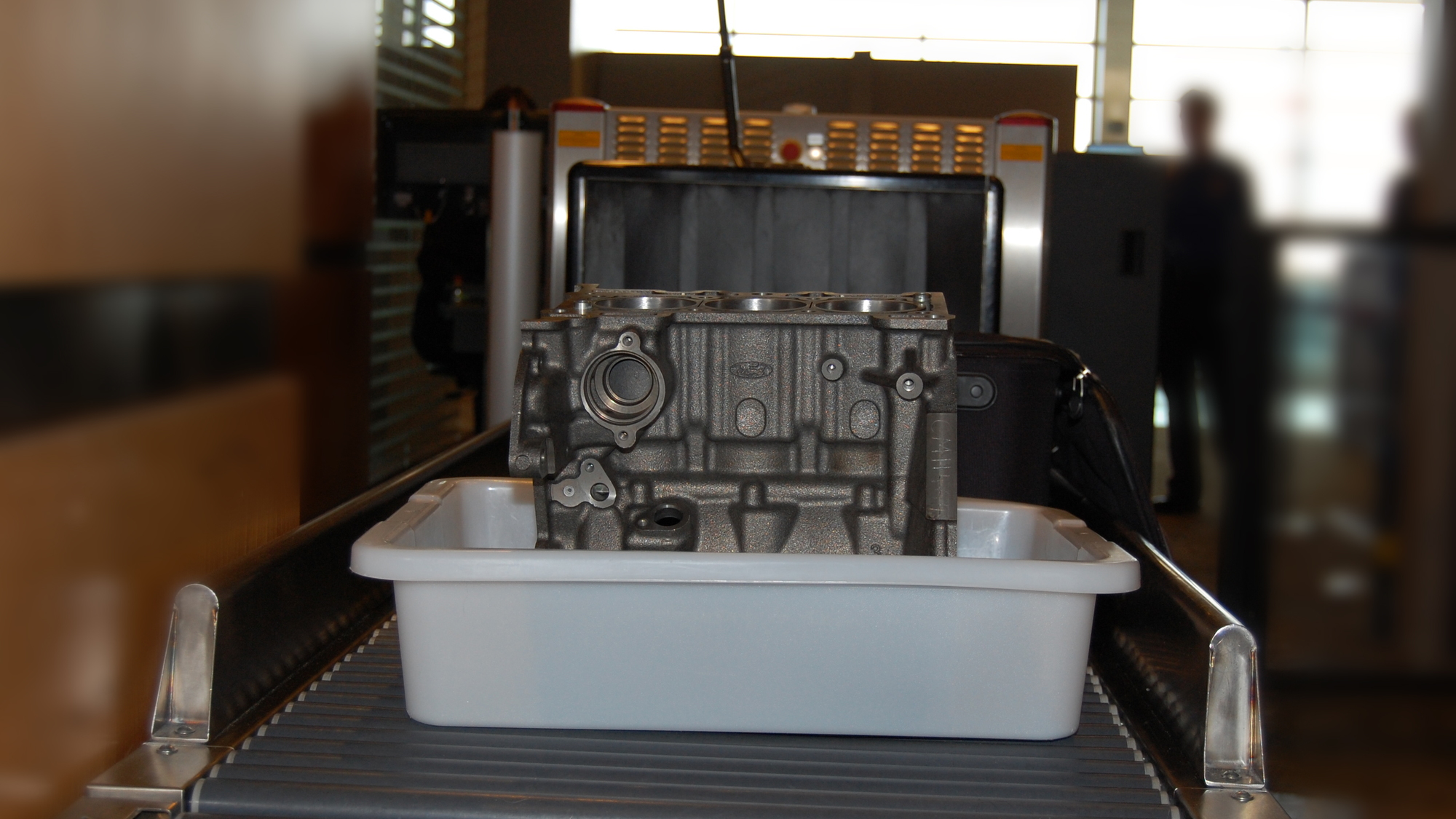 Ford's 1.0-liter EcoBoost three-cylinder engine has lapped the Nürburgring, been discussed as a potential race-car engine, and we've driven it ourselves in both a Focus Wagon and a Focus hatchback in Europe.

What's left? How about coming to America, and more specifically the 2012 Los Angeles Auto Show?

But how do you get this tiny engine from Detroit to Los Angeles?

It's so tiny, why not just shove it in a suitcase--and take it on your flight as a piece of carry-on luggage?

That's exactly what Ford did. "You should've seen the TSA agents' faces at Detroit Metro Airport," said one member of the Ford engine team.

We weren't there, but we can imagine their faces ranged from curiosity to straight are-you-out-of-your-mind looks.

At only 1.0 liter in capacity, the new EcoBoost engine is low on the displacement scale, but that doesn't mean it doesn't produce power.

Up to 125 horsepower comes courtesy of three cylinders, direct injection, and a turbocharger.

With a lower-powered model producing 100 horsepower, we could see some pretty impressive highway fuel economy numbers.

But in which vehicle? Ford isn't ready, yet, to announce which model the 1.0-liter EcoBoost engine will go into. But the obvious answer is either the Fiesta subcompact or Focus compact.

If we were to predict, we'd choose the Focus--with some added aerodynamic tweaks--to produce a specially labeled efficiency model, just as Chevy has its Eco versions. And we'd expect that such a model would produce higher fuel-economy numbers than the current special-order SFE option.

Over in Europe, Ford's even offering this tiny turbocharged engine in the Fusion mid-size sedan, which begs the question: How small is too small?

While we wait for Ford's official announcement, we want to know what you think.

Which vehicle(s) do you think we'll see the 1.0-liter EcoBoost engine in?