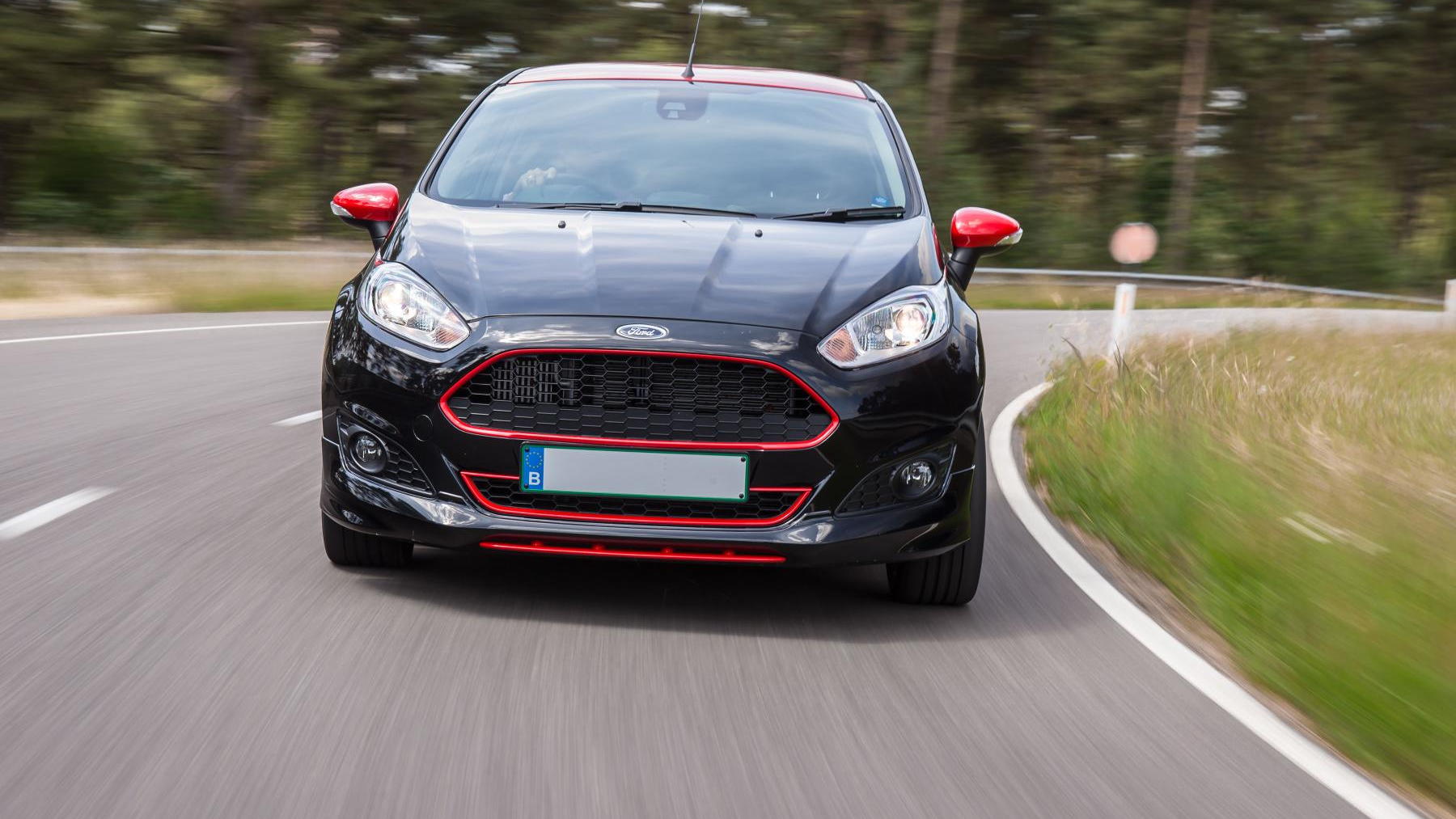 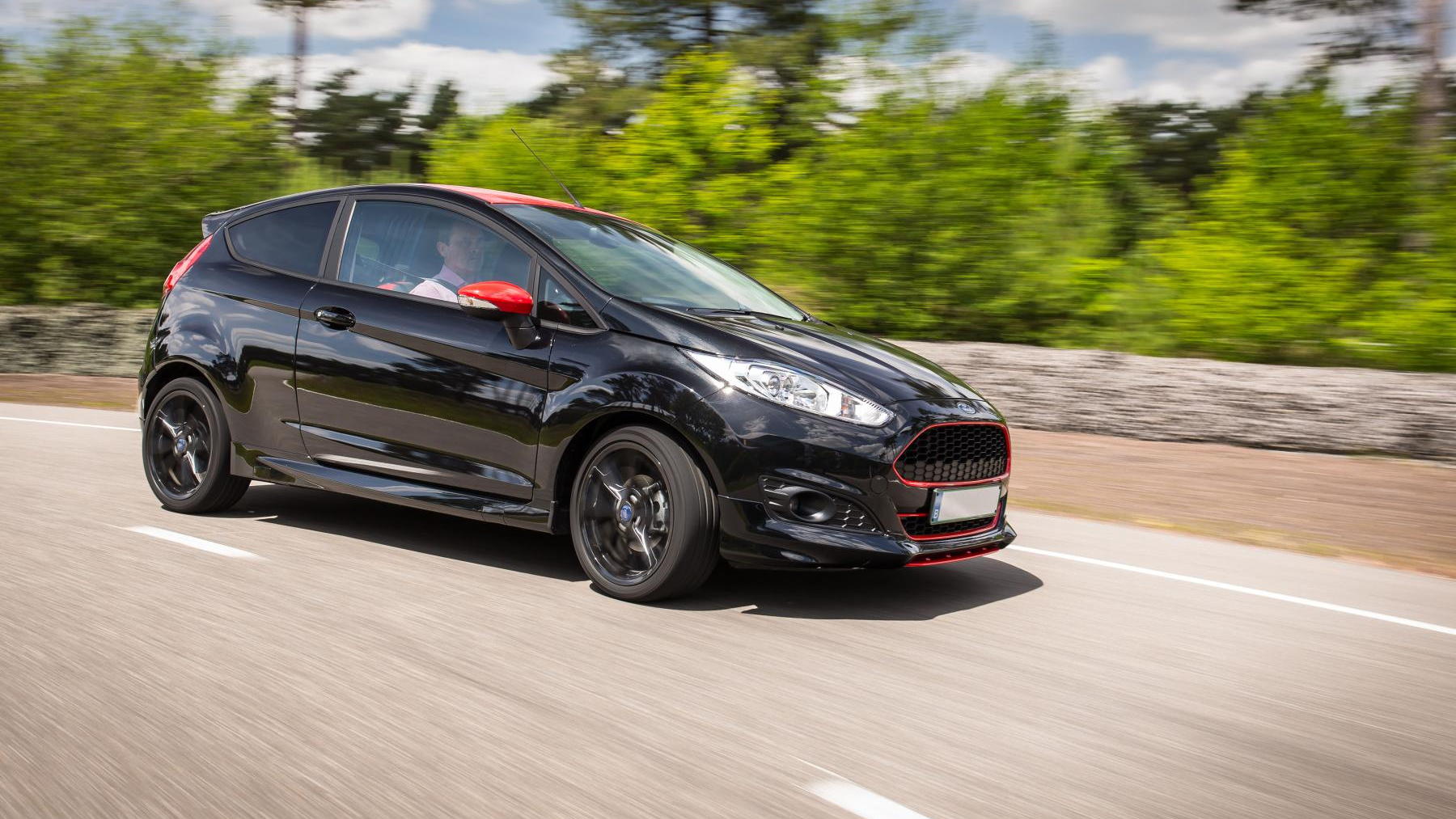 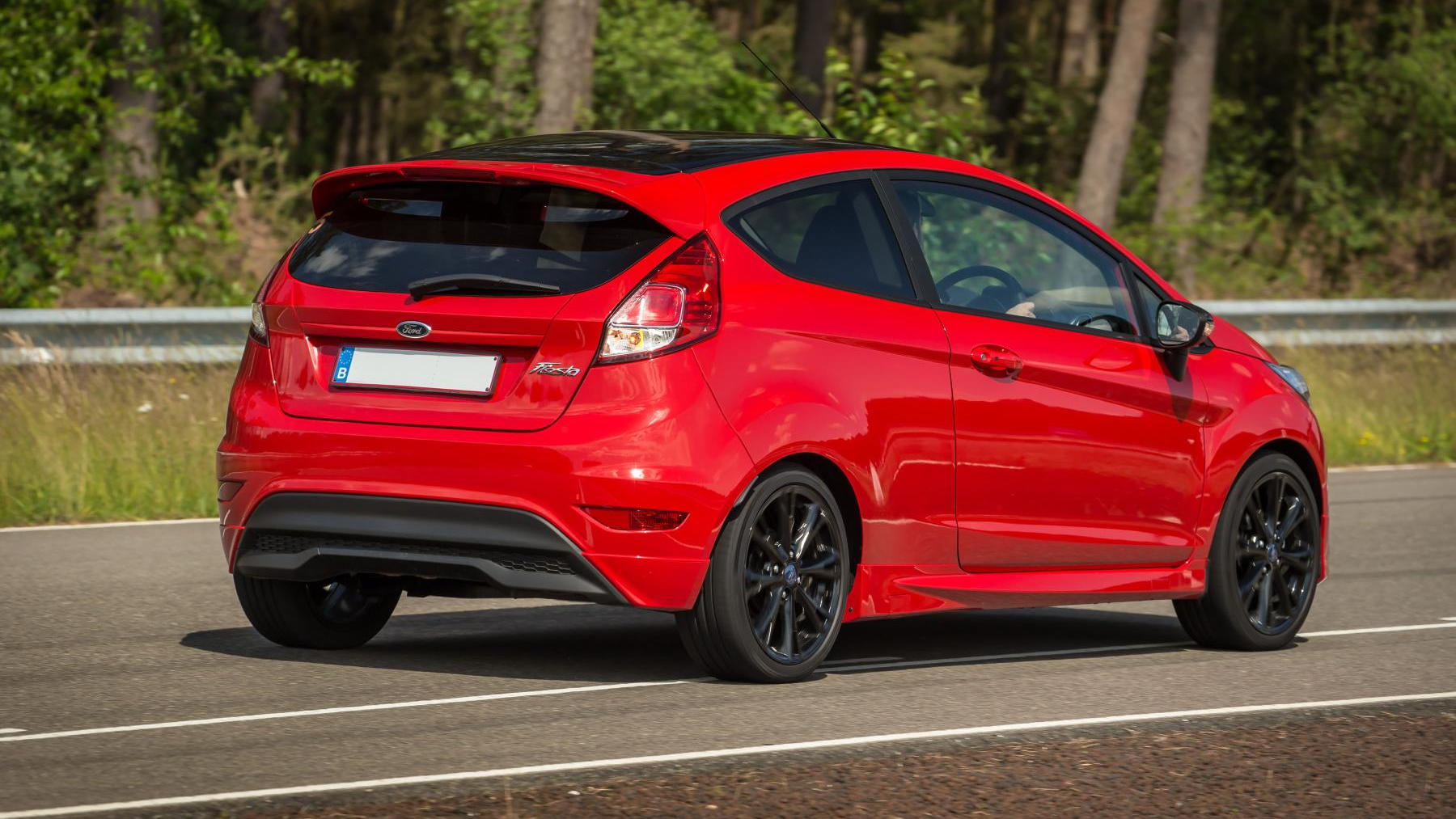 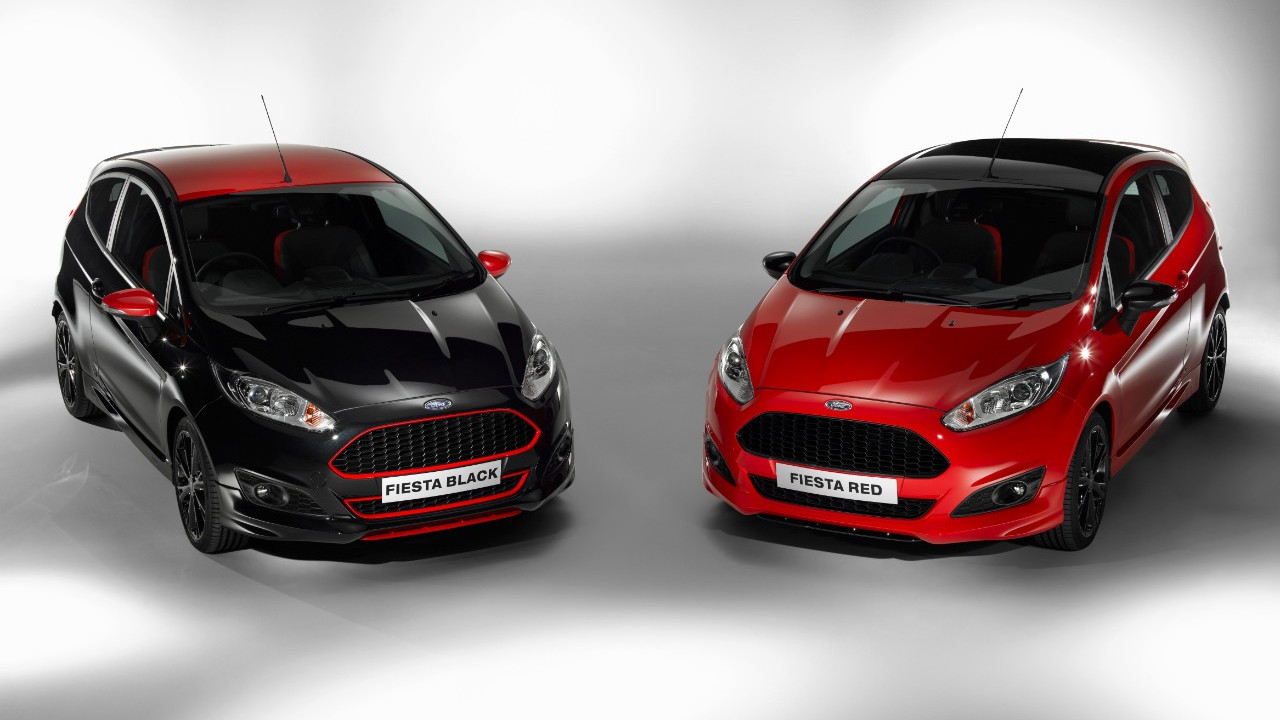 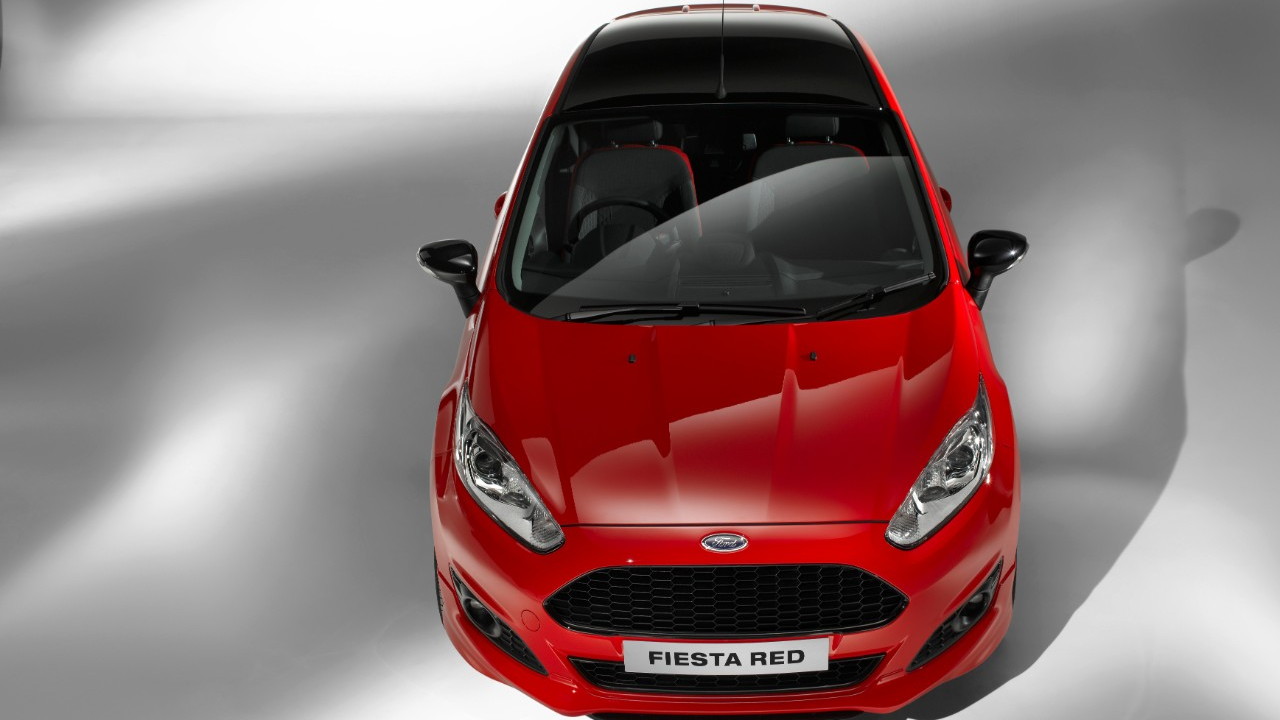 That it does so while delivering entertaining handling and perhaps most importantly, a 36 mpg combined rating (31 mpg city, 43 mpg highway) is even better.

But Ford's powertrain engineers have seen fit to boost the little Ecoboost even further, resulting in the 138-horsepower Fiesta Red and Black editions.

Unfortunately, it's Europe-only. For now at least--there's little in theory stopping Ford offering the engine on American shores.

Changes to the engine amount to different valve timings, a little more boost from the turbocharger, an upgraded intercooler and changes to the throttle map.

Otherwise, it's largely the same engine as that already found in the Fiesta, and soon the Focus.

It doesn't lose a great deal to the less powerful models in terms of economy either. The Red Edition and Black Edition's official European combined figure of 52.3 mpg is about 2.5 mpg shy of its less potent counterparts, or a four percent drop.

Shave four percent off the Fiesta's EPA rating and the car would manage 34.5 mpg--within a margin of error out on the road.

We tried the car on a brief route around Goodwood in the U.K., where the annual Festival of Speed, Goodwood Revival and all manner of horse racing events are held.

The roads are narrow, bumpy and punctuated by sharp corners--all scenarios in which the regular Fiesta excels.

The boosted 1.0-liter is also a perfect match, with the same linear power delivery as the 123-horsepower car but greater urge between the gears.

Like U.S. 3-cylinder Fiestas, the Red and Black editions come with a standard five-speed manual transmission, which slots cleanly between ratios and encourages you to make the most of the car's performance.

Keep your right foot pinned and slice between gears as quickly as possible, and the Fiesta will reach 62 mph in nine seconds. 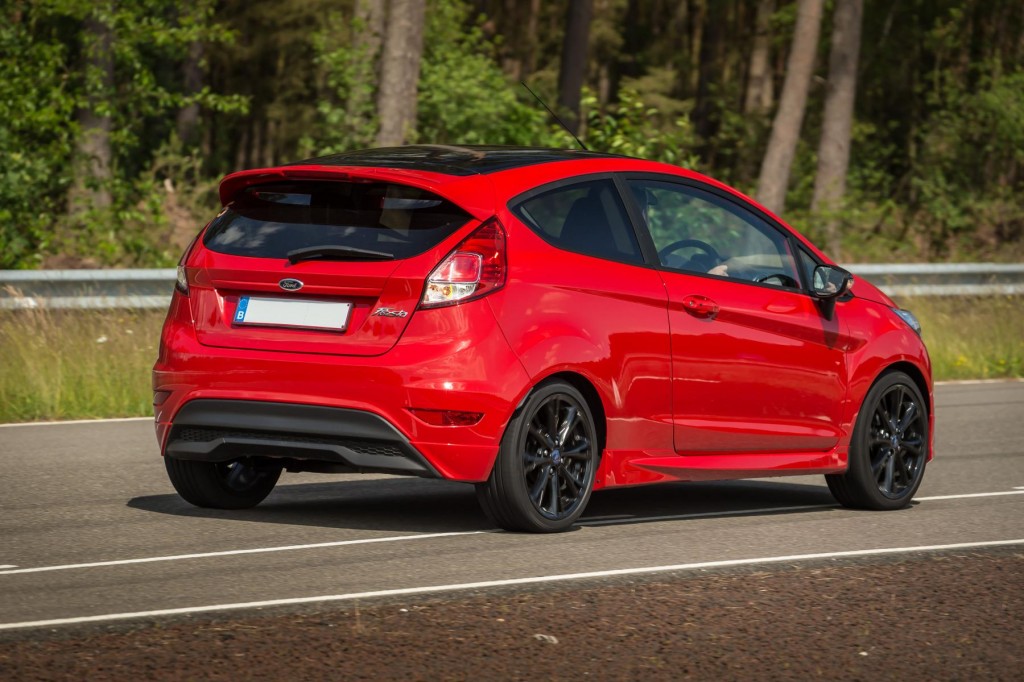 It's also easy to drive the car sedately, if needs be--if not approaching the optimistic European figures, it's certainly possible to get within a hair of EPA numbers.

Three-cylinder engines never sound like they're working as hard as four-cylinder counterparts, so one needs to fight the instinct to hold onto gears longer than is necessary--changes can be made relatively early, encouraged by a still-standard gearchange indicator in the gauge cluster.

And the 138-horsepower car cruises just as nicely as the standard car. The firmer suspension introduces a few more bumps to the driver, but it's a fair trade-off for the extra grip in turns, and the car's exhaust note--despite its sporty pretensions--is surprisingly muted.

The styling less so. The current Fiesta is a love-or-hate design, and painted red with black accents or black with red, it remains an acquired taste.

Same goes for the interior, which features a similar color scheme and forces you to deal with the same complicated dashboard facia and tiny sat-nav screen as any other Fiesta.

In the U.K, the Red and Black Editions are priced at £15,995. Conversion is unnecessary--European and U.S. prices rarely tally--but that figure is only a little more than well-specified versions of the lesser-powered Ecoboost cars.

As such, it may tempt some to trade up--enjoying similar economy but extra performance from the tiny three-pot engine.

For those looking for performance more than economy though, it may not be enough to defer a switch to the near-200 horsepower Fiesta ST with its larger 1.6-liter Ecoboost engine, which retails for only £2,000 more.

The 138-hp Ecoboost is fun and frugal though--and we hope it doesn't stay a "forbidden fruit" for too long...