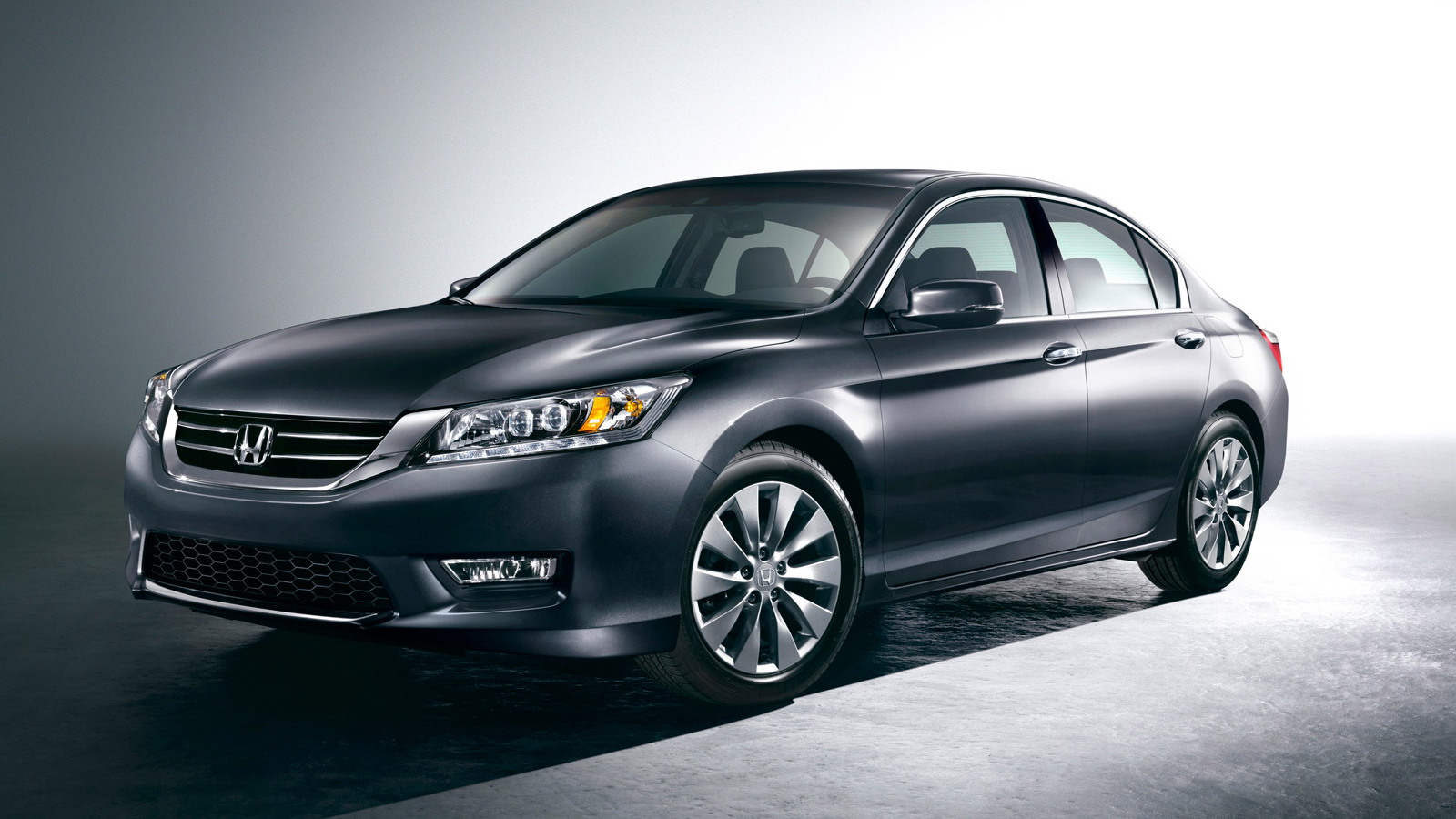 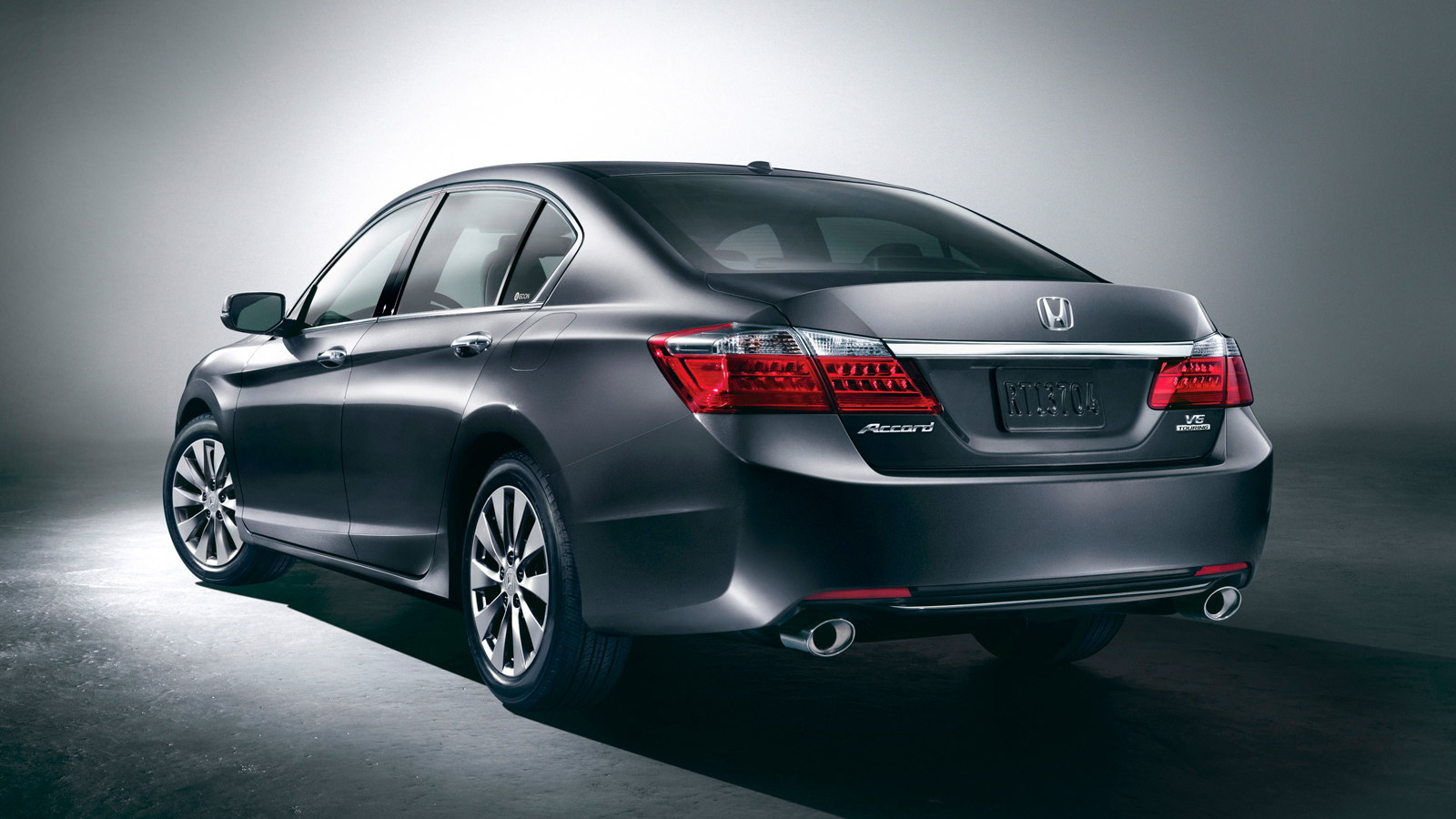 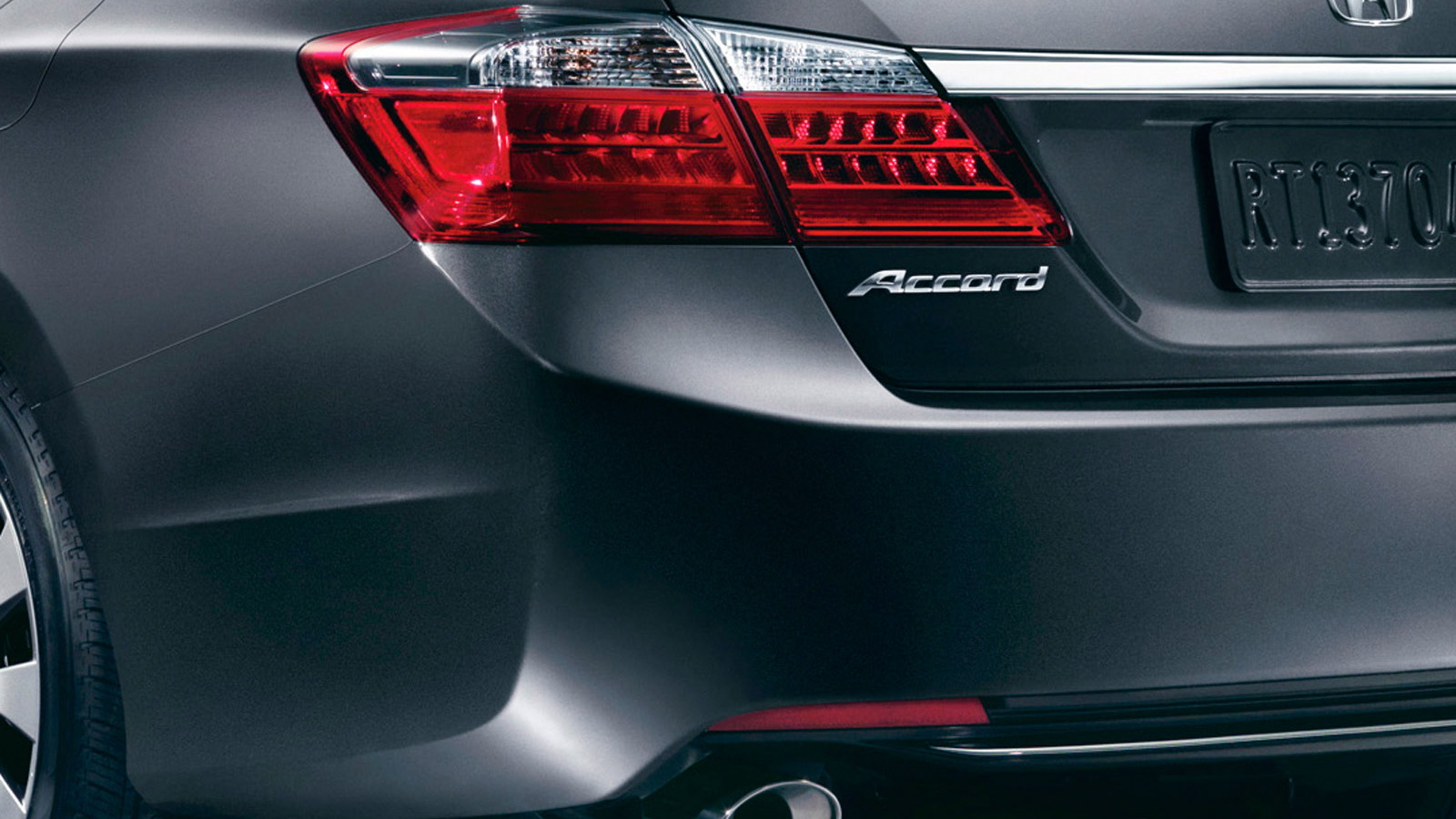 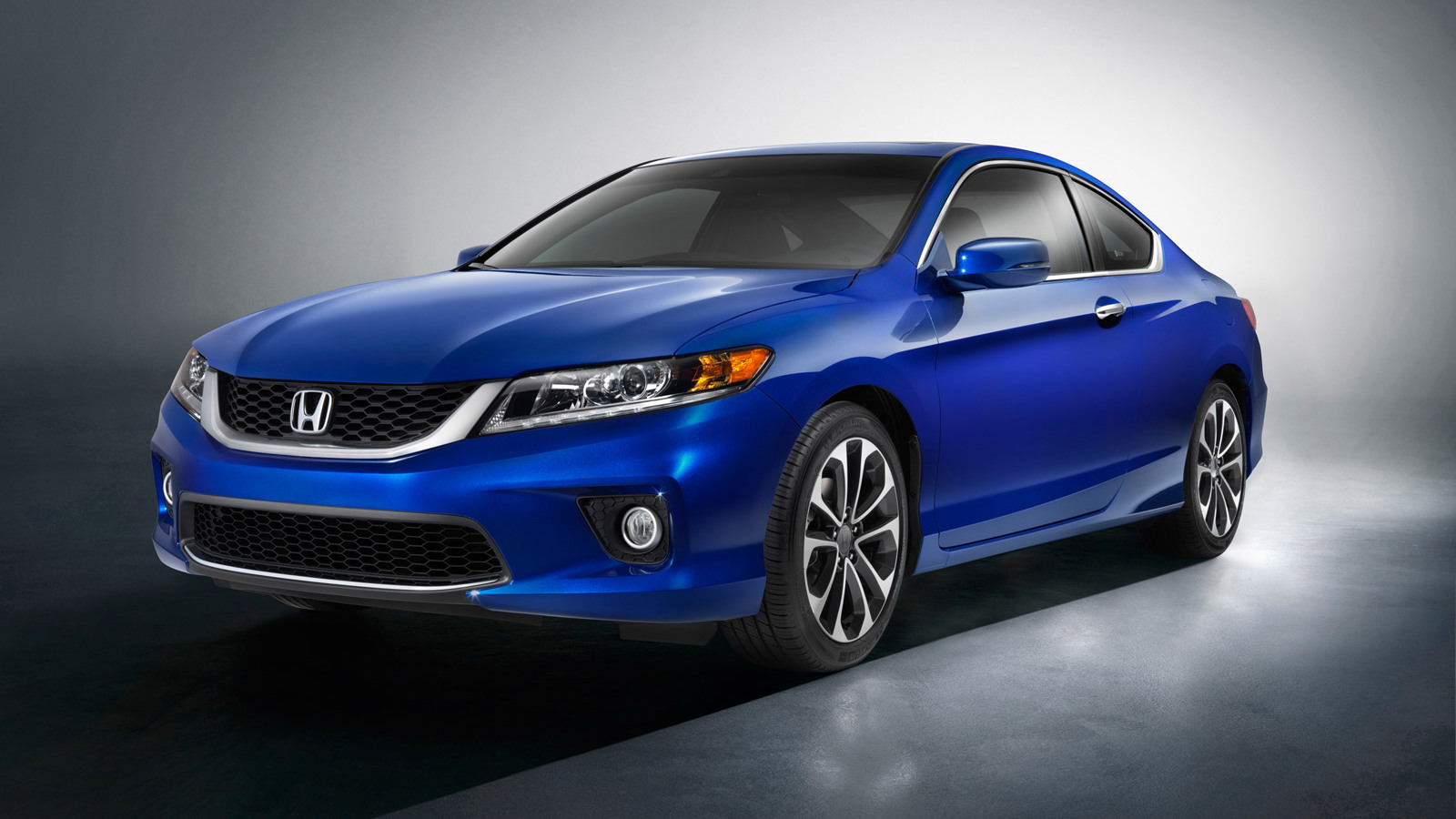 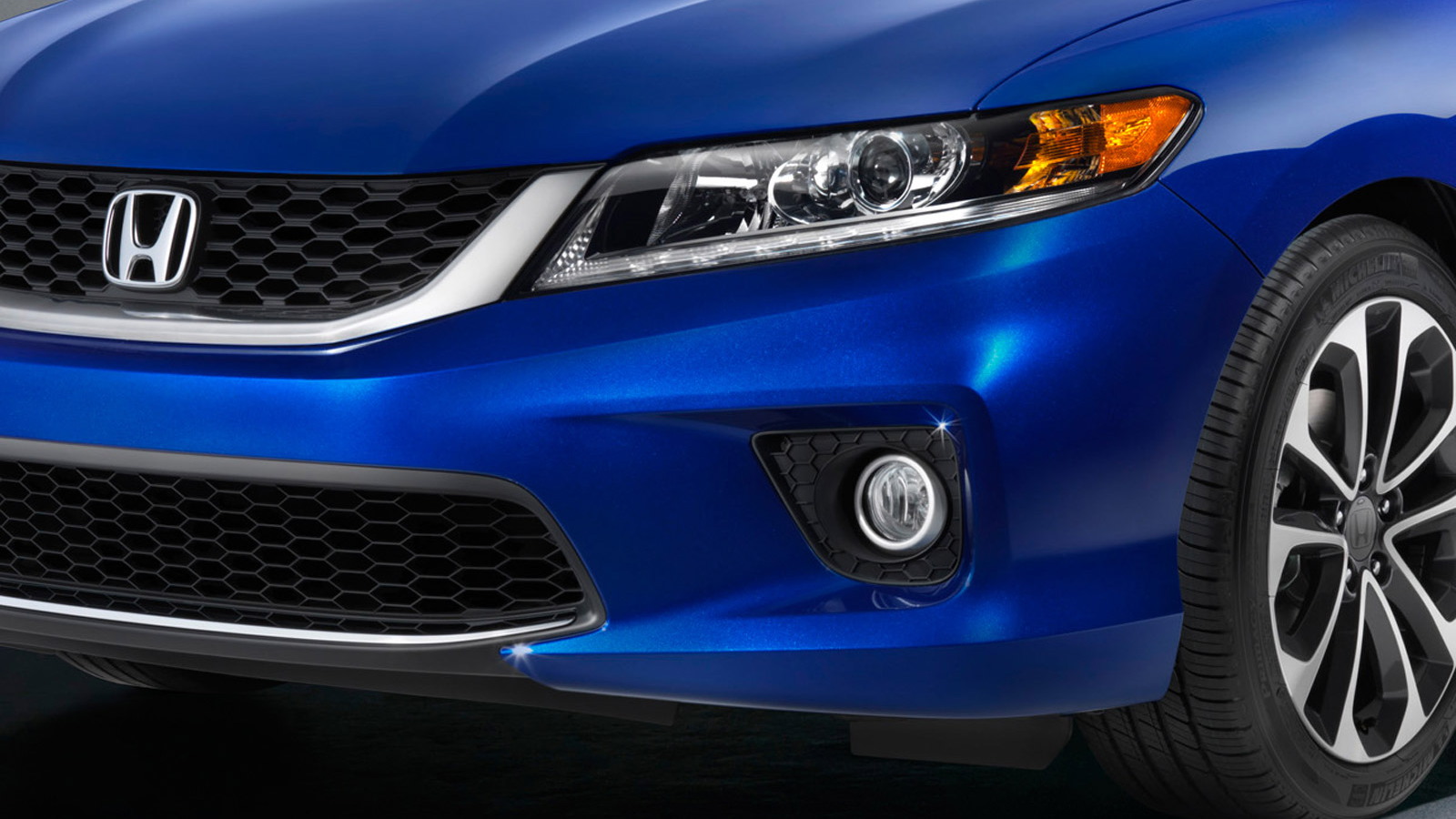 Used to be, cars were unveiled at auto shows. These days, their makers reveal them in little bits and pieces, just as the best ecdysiasts do (that's "strippers" to you).

So today we have the first images of the redesigned 2013 Honda Accord sedan and coupe, the powerhouse mid-size line that competes in the hotly contested mid-size segment with the Toyota Camry, Ford Fusion, Chevrolet Malibu, and Hyundai Sonata.

It's only a pair of photos, but they show the lines of what Honda calls its "most sculpted Accord ever."

The 2013 Accord includes a "new, bold grille" leading to styling lines on the hood, a side character line that passes upward through the door handles, deeply contoured rocker panels, and body sides that taper into the trunk.

Inside, Honda claims more space and a greater level of luxury in both sedan and coupe models.

More volume for both passengers and cargo is contained in a 2013 Accord that's shorter overall.

To boost the fuel efficiency of all models, Honda has focused on reducing aerodynamic drag.

The windshield is virtually flush with the surrounding sheetmetal, the wipers have been carefully engineered to cut the air turbulence they generate, and flat panels on the underside add up to a new Accord that requires less gasoline to be burned pushing it through the air.

Honda didn't give details about optional equipment, except for the available LED headlights, front running lights, and taillights.

The 2013 Honda Accord will introduce the company's first direct-injected four-cylinder engine for the U.S. market.

Following the renewed 2012 Civic line, all Accord models are likely to offer at least slightly better gas-mileage ratings than their predecessors.

And the 2013 Honda Accord will be the first vehicle to launch the company's new, two-motor full hybrid technology, which--unlike the small mild-hybrid system used in Honda's Insight, CR-Z, and Civic Hybrid models--will permit fully electric running under light load conditions.

There will also be a 2013 Accord Plug-In Hybrid model, which will compete against plug-in hybrid versions of the Toyota Prius, 2013 Ford Fusion, and 2013 Ford C-Max, as well as the range-extended electric Chevrolet Volt.

Like its competitors, the plug-in hybrid version of the 2013 Accord will offer an all-electric range of up to 15 miles.

Expect to see more details of the 2013 Honda Accord emerge from behind the satin and feathers over the coming weeks, as Honda dribbles out more bits and pieces on this very important model.

The 2013 Honda Accord will go on sale across the U.S. this fall. No pricing details have been announced.