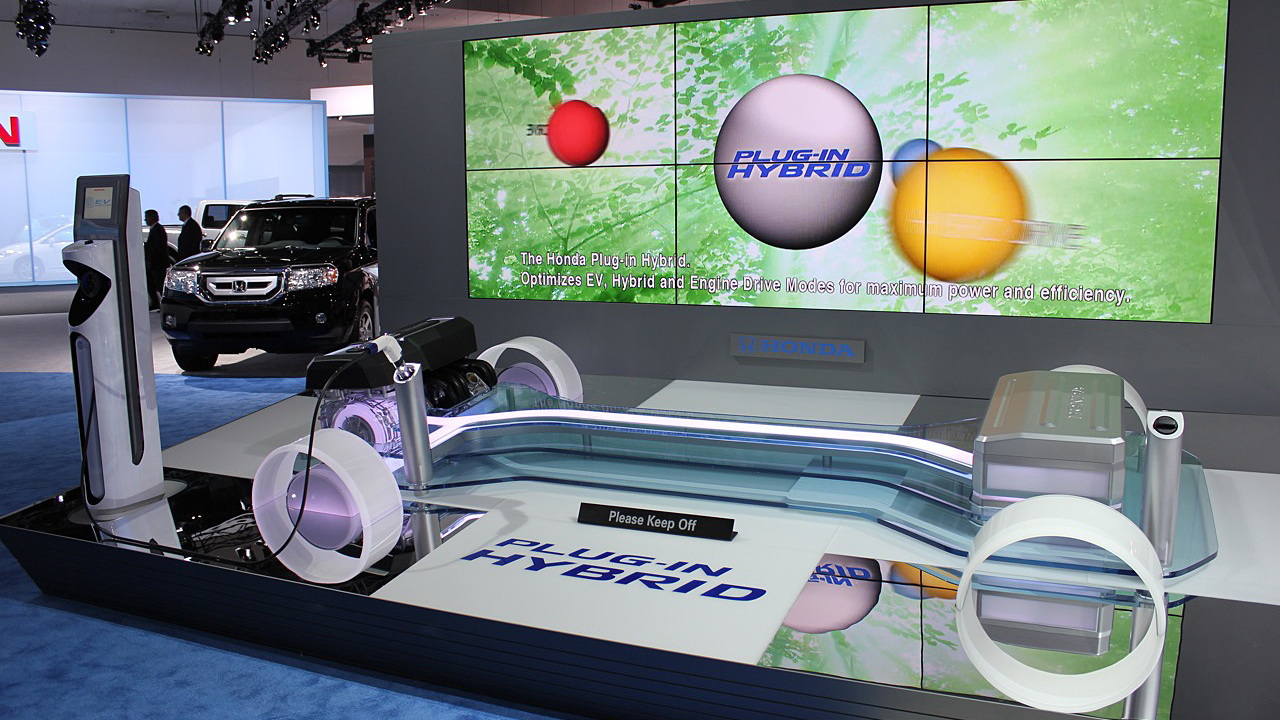 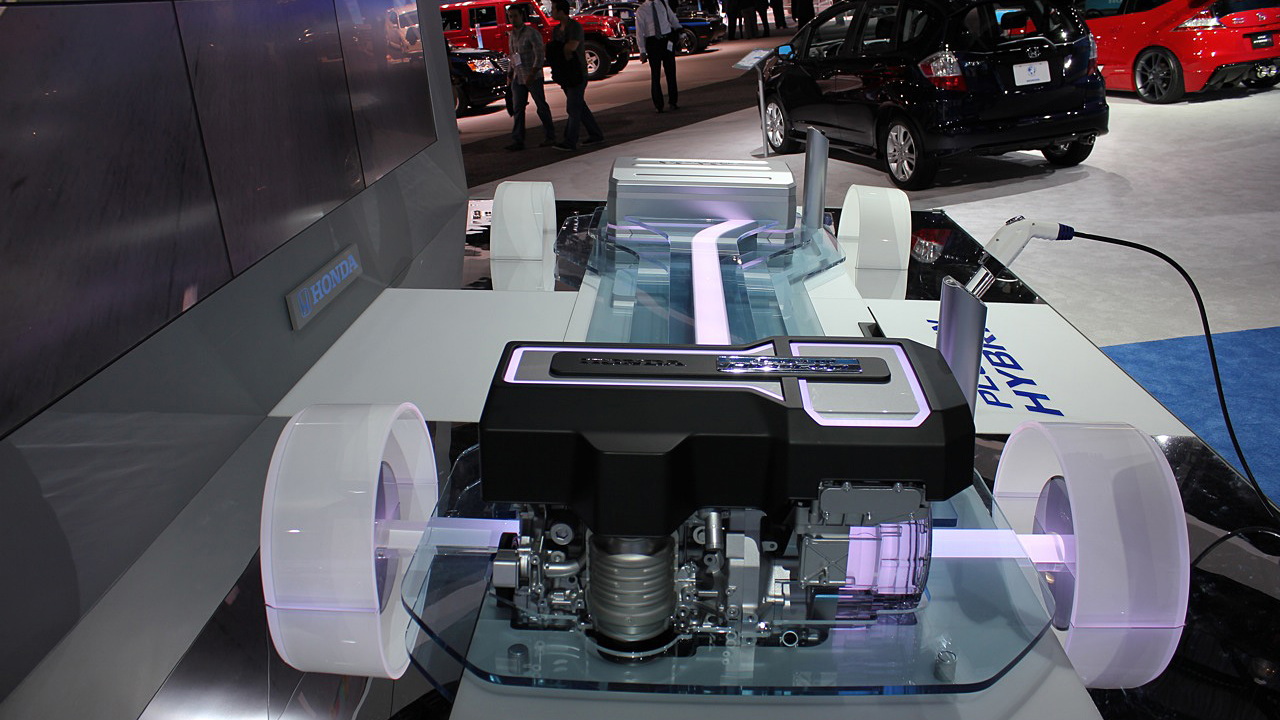 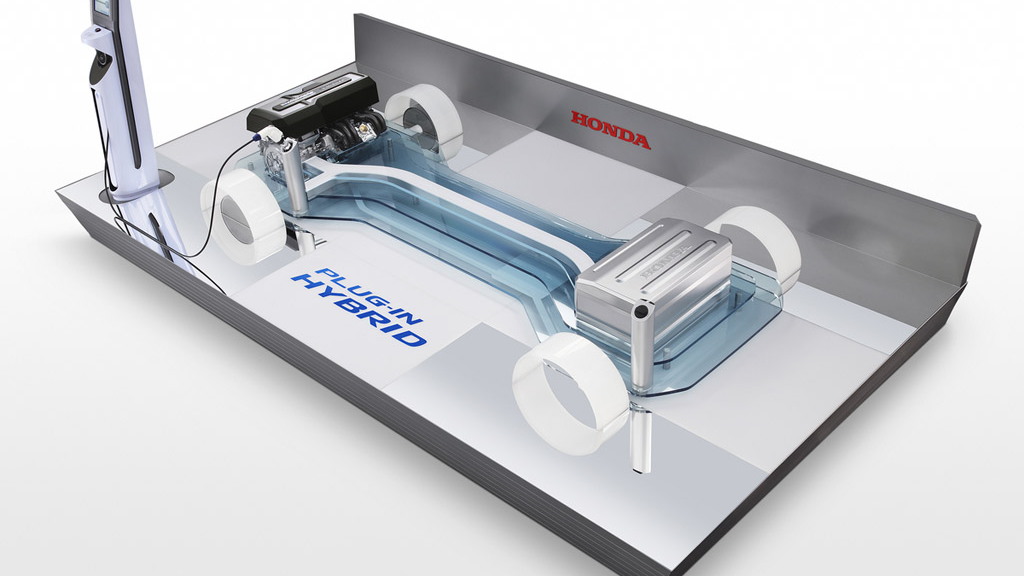 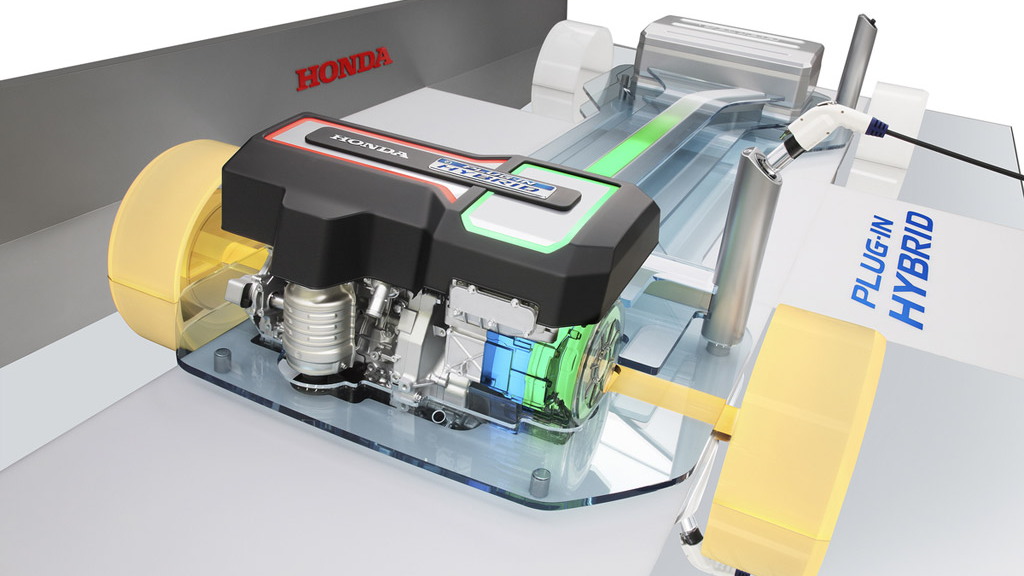 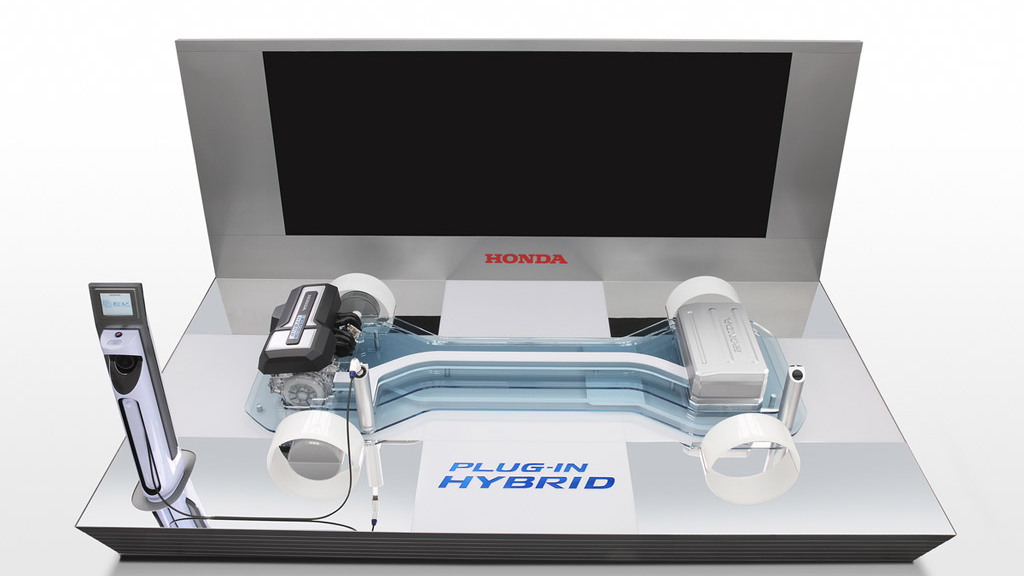 It wasn't even at the 2010 Los Angeles Auto Show, where Honda only showed a video of the new plug-in hybrid platform it only discussed

But details of the new powertrain point the way toward a range of future hybrid Honda models. It uses two separate motor-generators, as does Toyota's Hybrid Synergy Drive system, and is large and powerful enough to be fitted to midsize and larger vehicles, including minivans and Acura near-luxury sedans.

With the ability to plug in and recharge the battery on grid electricity, Honda's new powertrain will be able to operate in electric-only, blended gasoline and electric, and engine-only modes. 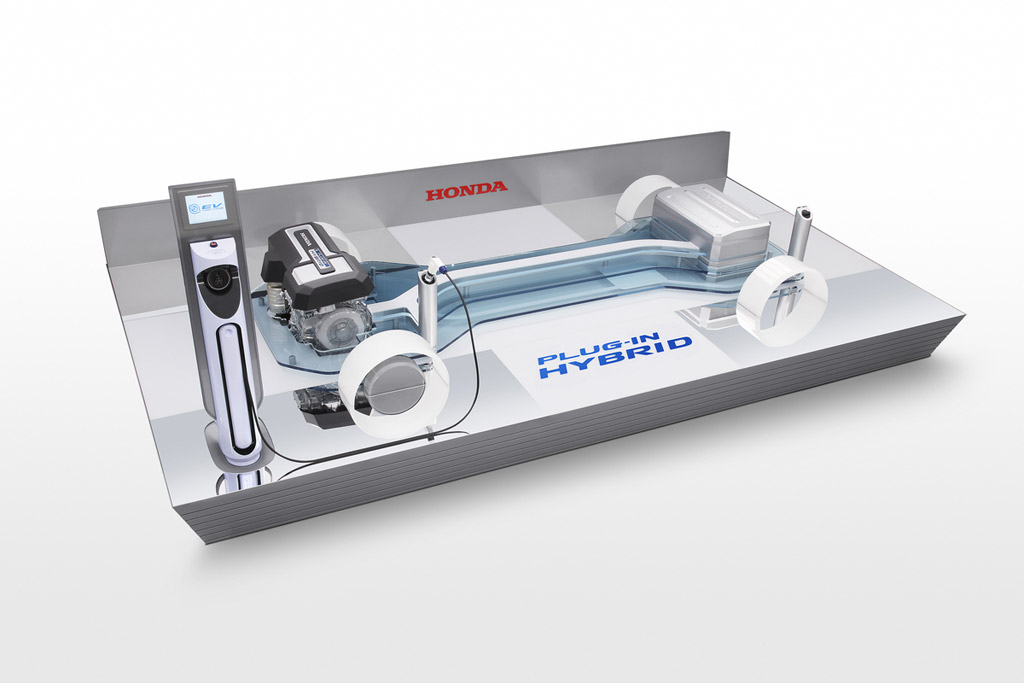 The as-yet unnamed system, expected to debut during 2012 on a 2013 model-year vehicle, features a 2.0-liter Atkinson-cycle four-cylinder engine paired to the hybrid system, which functions as an electric continuously variable transmission, or eCVT.

One of its two motors is rated at a beefy 120 kilowatts (151horsepower). That's marginally larger than the 111-kW motor in the all-electric 2011 Chevrolet Volt range-extended electric car, for example, and almost three times the output of the 42-kilowatt primary motor in the 2011 Toyota Prius hybrid.

Honda says that gives up to 15 miles of electric range, at speeds up to 62 mph. Recharging time for its 6-kilowatt-hour lithium-ion battery pack is said to be roughly 2 hours on 120-Volt power, and 1 hour using 240-Volt charging.

In effect, the new system is Honda's admission that its Integrated Motor Assist (IMA) mild hybrid systems for subcompact and compact cars won't be sufficient for the U.S. market. Or, for that matter, any European or Asian regions that plan to restrict center-city access to zero-emissions vehicles.

The IMA system, while simple and inexpensive, does not offer the ability to power the vehicle solely on electricity. Its single 15-kW electric motor is simply too small. Instead, that motor supplements the torque from a specially tuned and downsized gasoline engine (just 1.3 liters in the Honda Insight hybrid) as well as restarting the engine from rest. 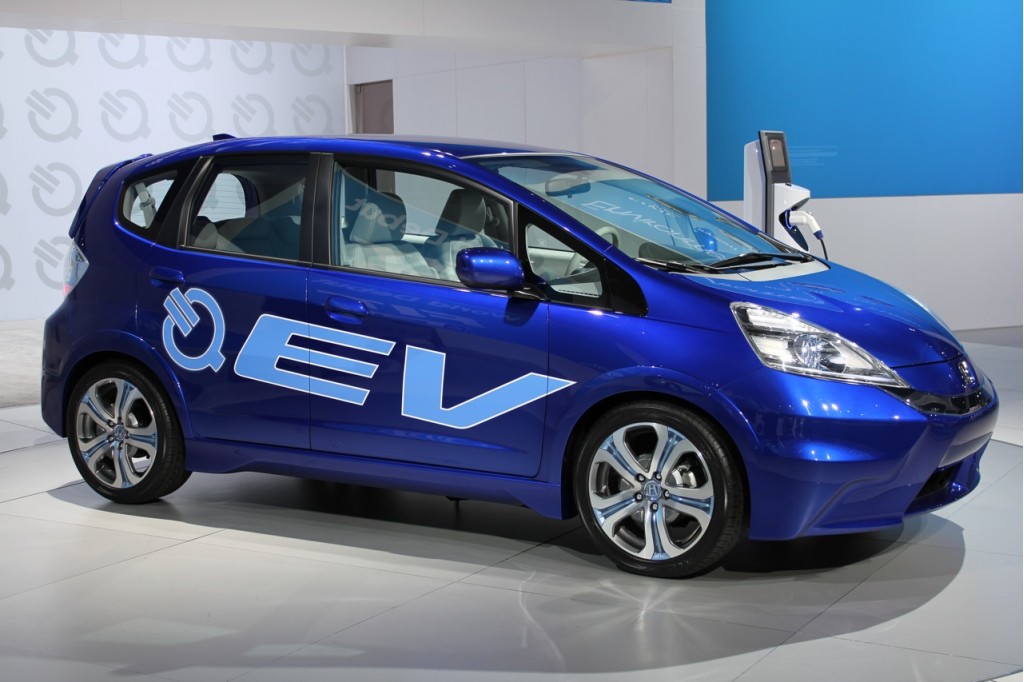 Plug-in hybrid systems are being developed by numerous manufacturers, most significant among them being Toyota. It has embarked on a two-year test of the Toyota Prius Plug-In Hybrid model it planned to start selling midway through 2012.

As well as the plug-in hybrid system, Honda unveiled a prototype Honda Fit EV all-electric car at the Los Angeles show. The car has a stated range of up to 100 miles.

Early Fit EV models will serve as a testbed for the company to accumulate real-world data on how drivers actually use electric cars, and Honda hopes to put the Fit EV into limited production within a few years.