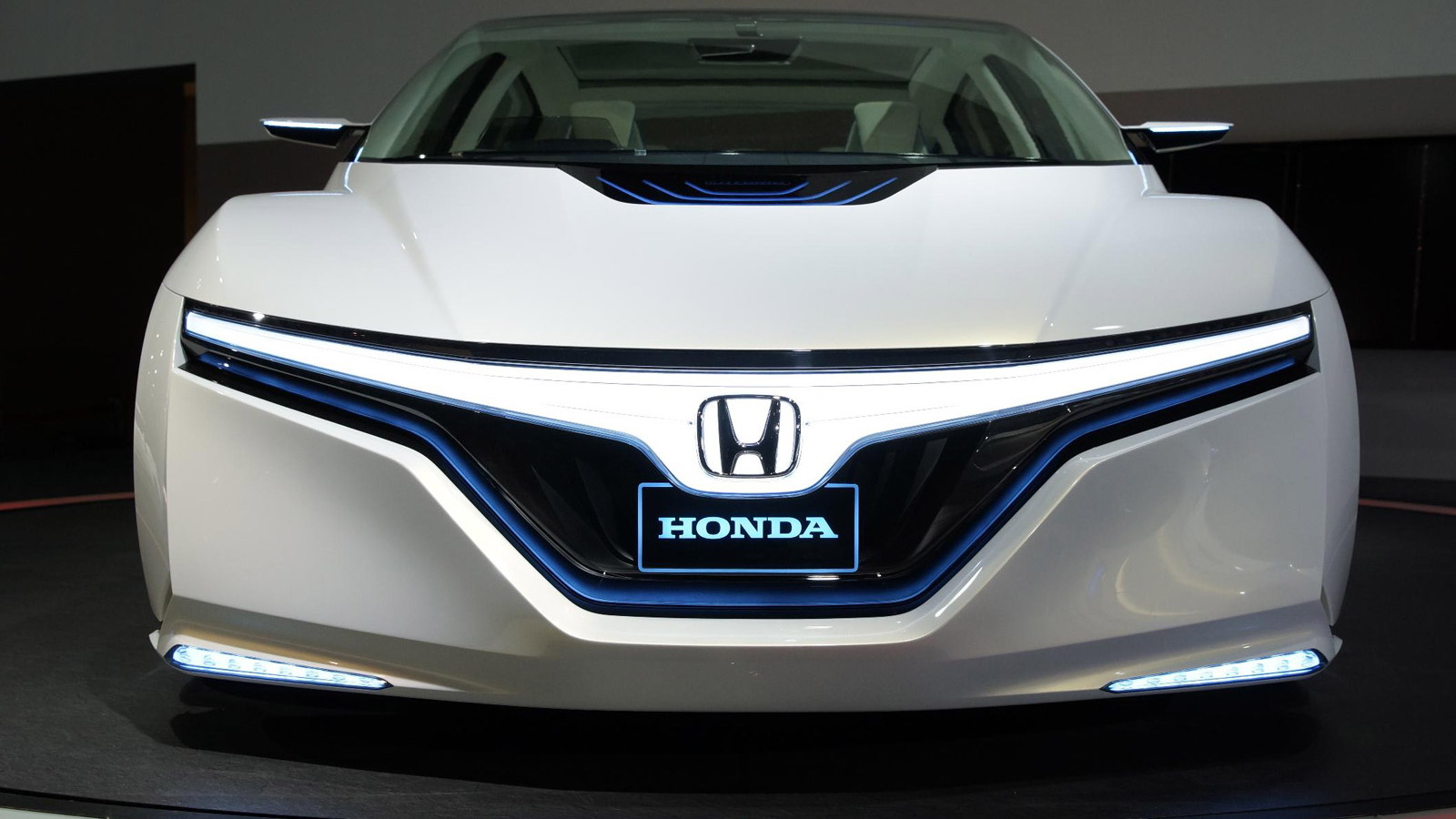 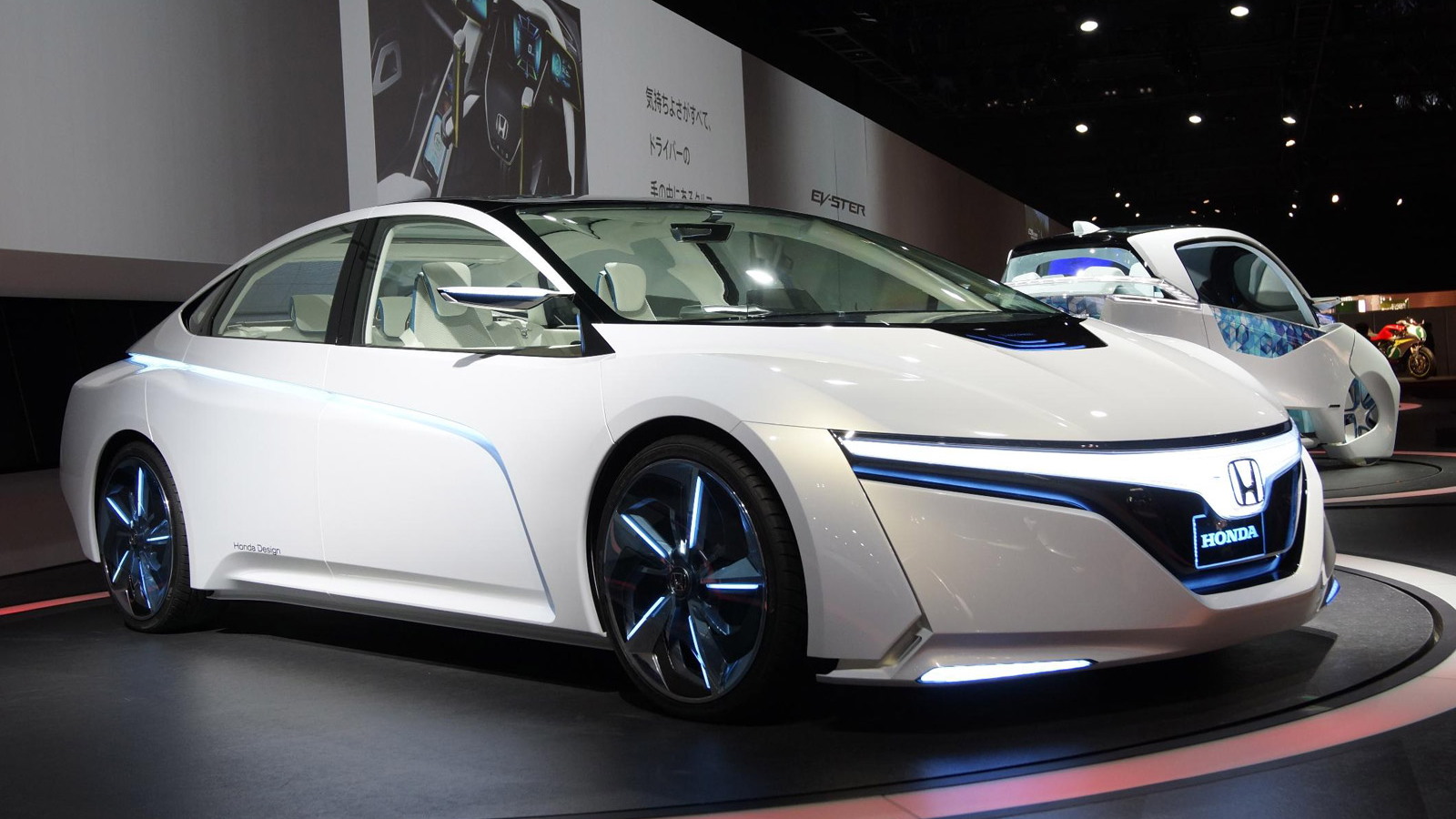 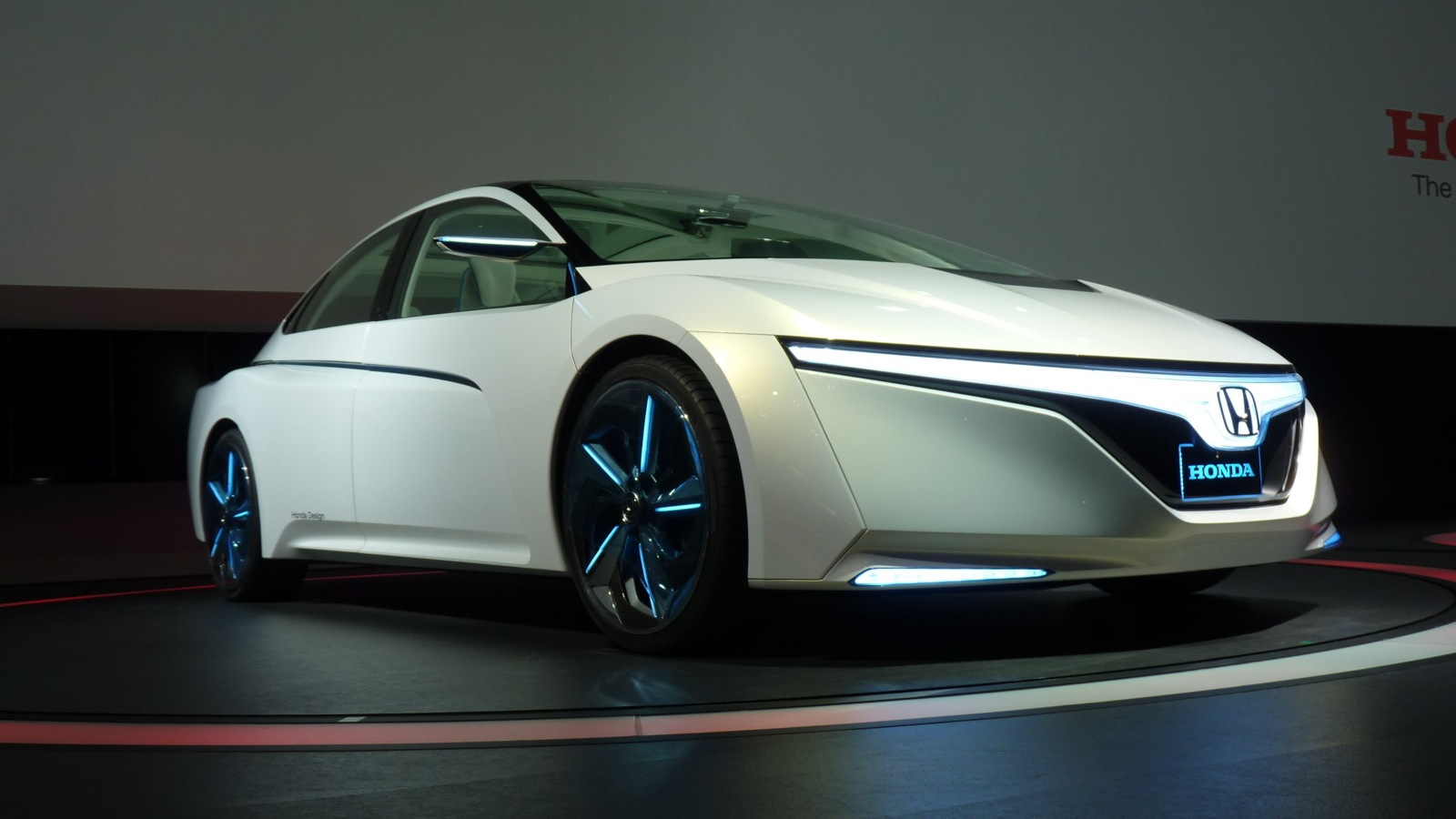 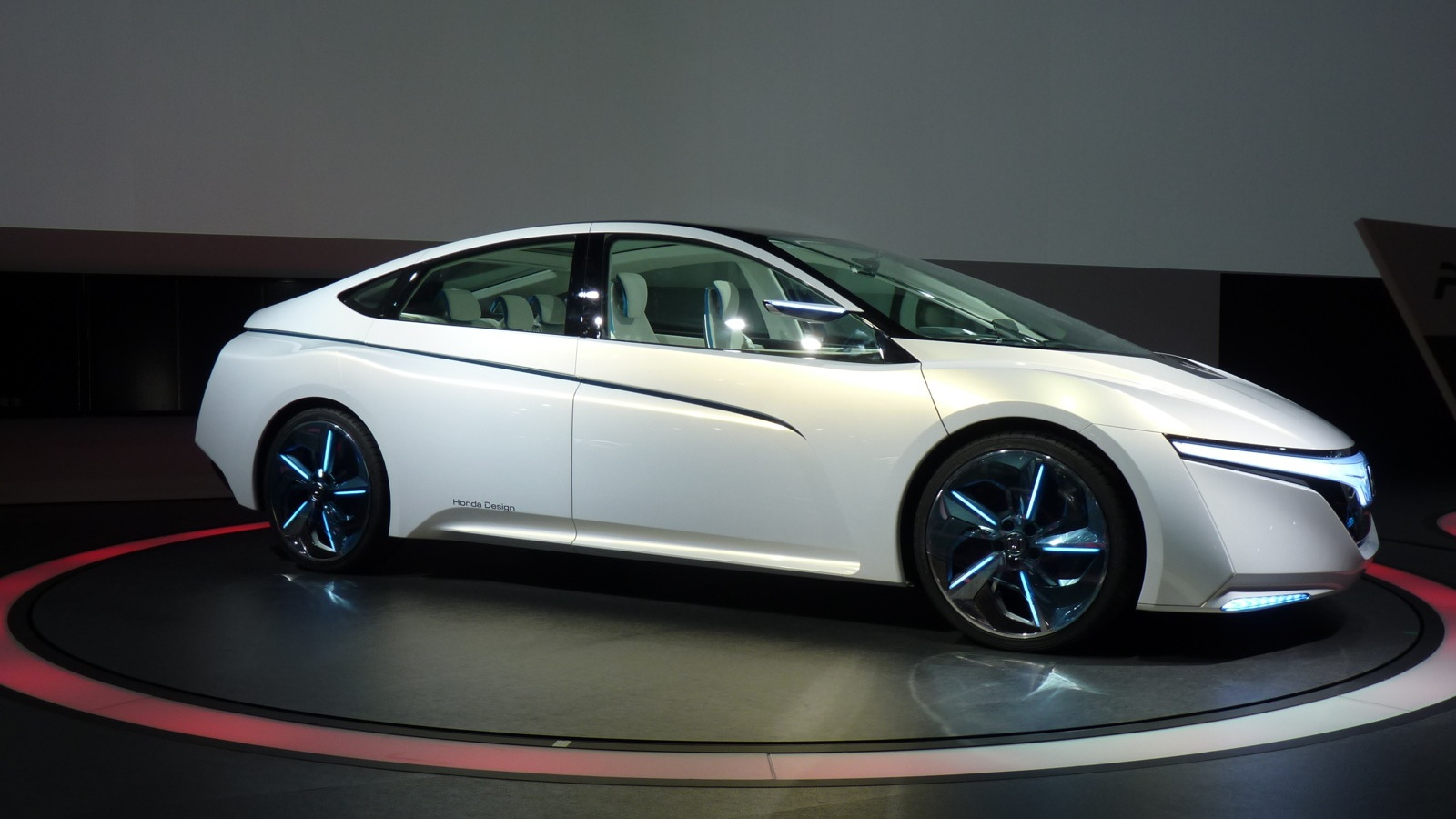 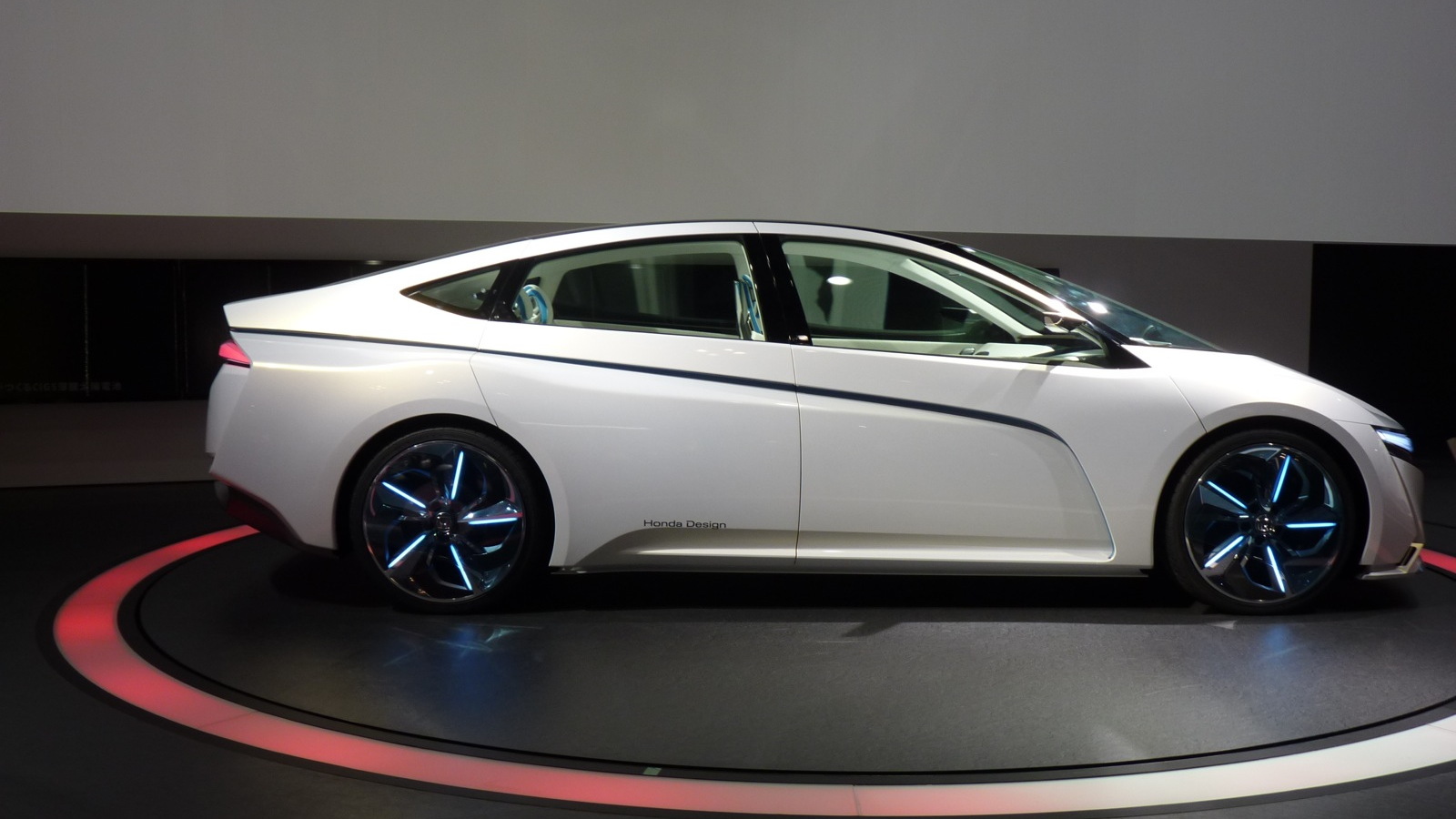 Honda released some details of its Tokyo Motor Show concept cars three weeks ago, and now we can see what they look like in person.

For U.S. buyers in particular, the most important of them is the Honda Advanced Cruiser-X (AC-X) Concept, a mid-size sedan that resembles nothing so much as a freshened version of Honda's low-production FCX Clarity hydrogen fuel-cell vehicle.

Among all of Honda's concepts--and this being the Tokyo show, there were plenty of wacky ones to go round from almost every maker--the AC-X stands out because its technology previews a plug-in hybrid model of the next Honda Accord sedan.

To be launched as a 2013 or 2014 model, the new Accord will offer a new full hybrid system using a pair of motor-generators that let it run entirely on electricity at low speeds.

The AC-X Concept shows off a version of the new hybrid with a larger battery pack that can be plugged into wall current to recharge it, similar to the 2012 Toyota Prius Plug-In Hybrid that'll arrive at dealers next spring--one of the pair of new Priuses that won our Best Car To Buy 2012 Award.

According to Honda, drivers can select an "engine drive mode" with more performance, which uses the engine more, or an "automatic drive mode" which maximizes electric propulsion and more relaxed driving--most likely meaning slower acceleration.

The engine is a 1.6-liter four-cylinder unit, paired to Honda's new hybrid drive system, which has been developed for larger and heavier vehicles. That means not only mid-size sedans like the Accord, but also heavier crossovers and minivans.

Honda expects to introduce a production car using its new hybrid system next year. Meanwhile, here's what the AC-X Concept looked like in Tokyo.

For all our coverage of cars and concepts, check out our Tokyo Motor Show summary page.