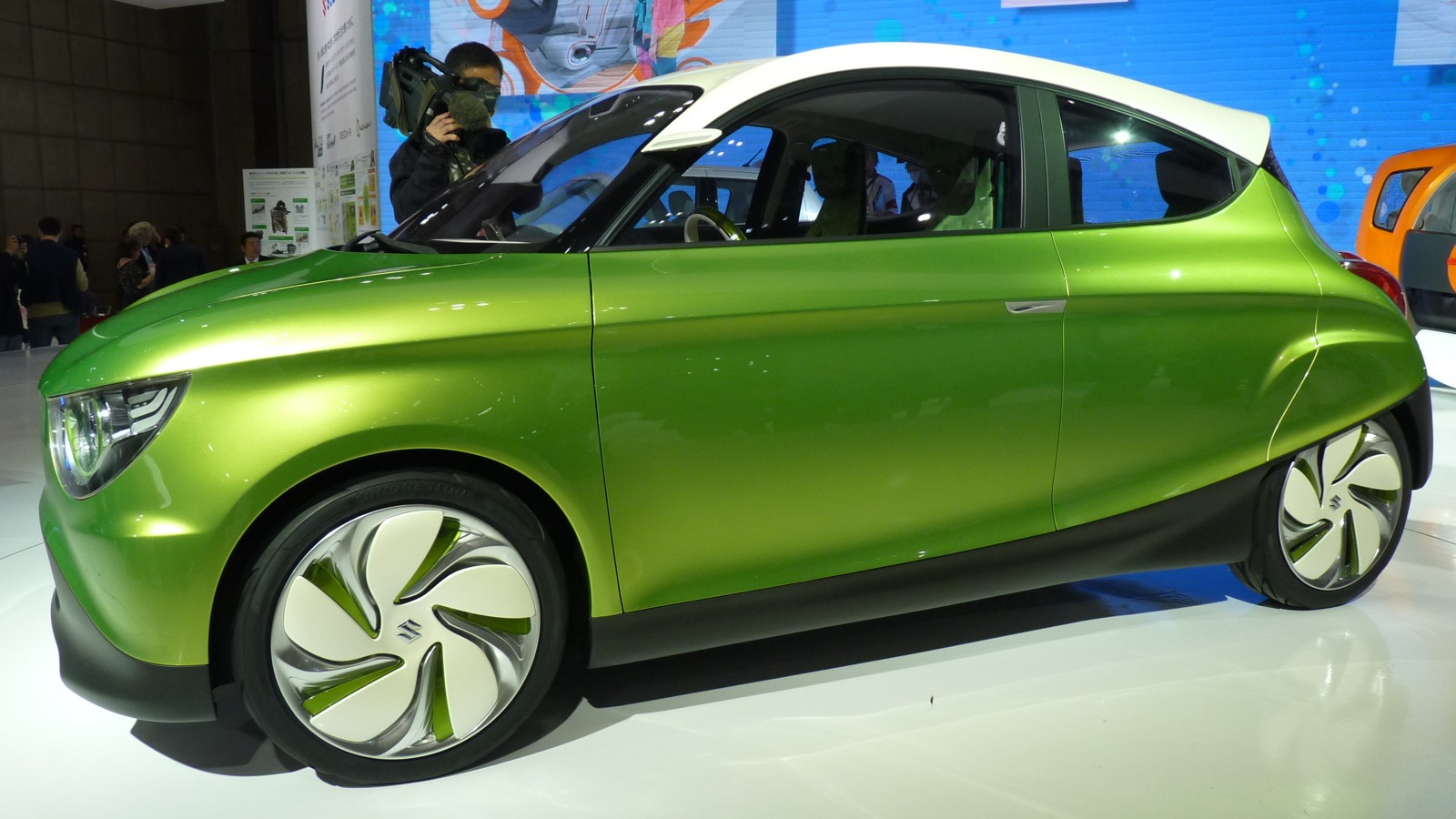 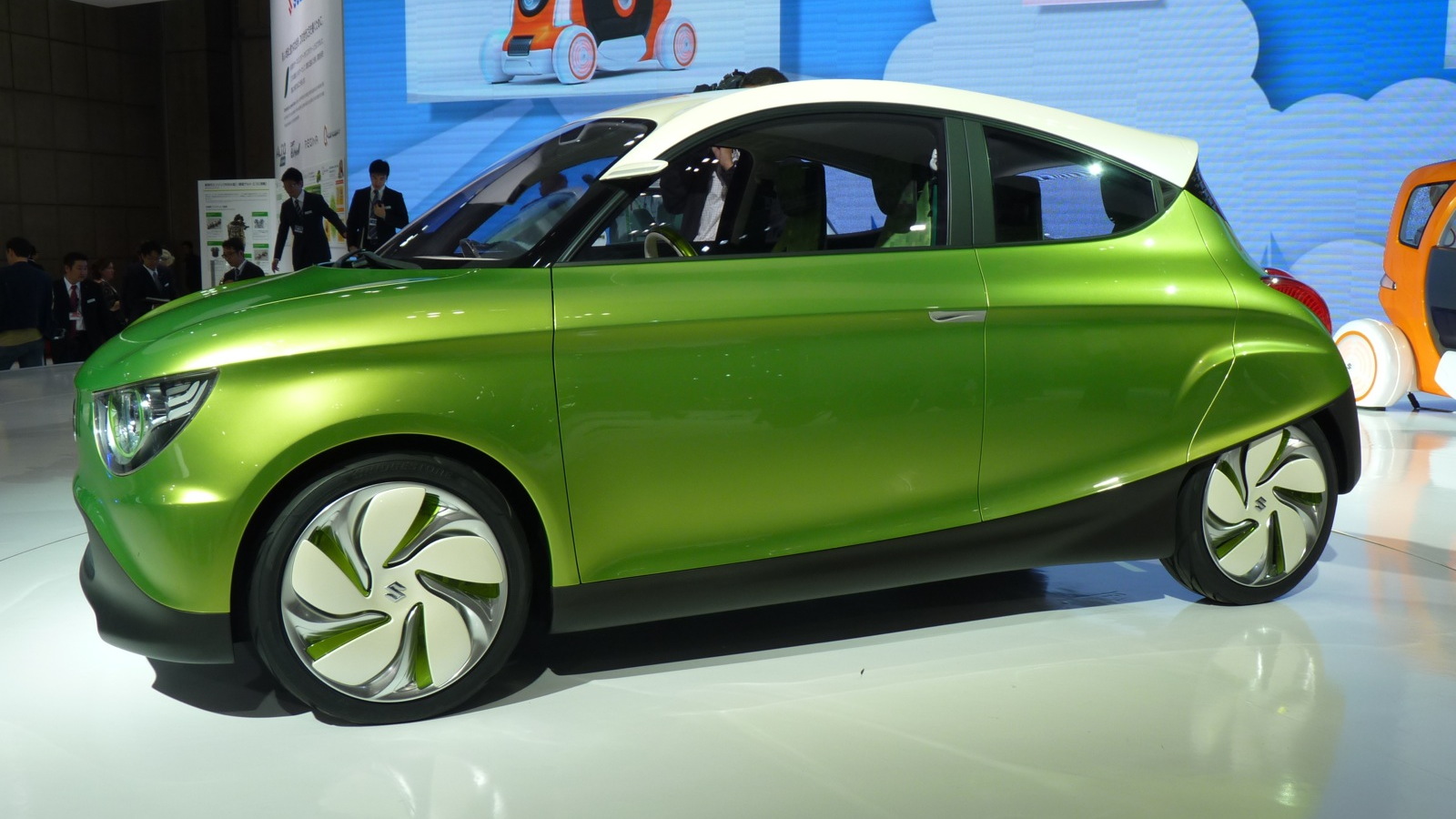 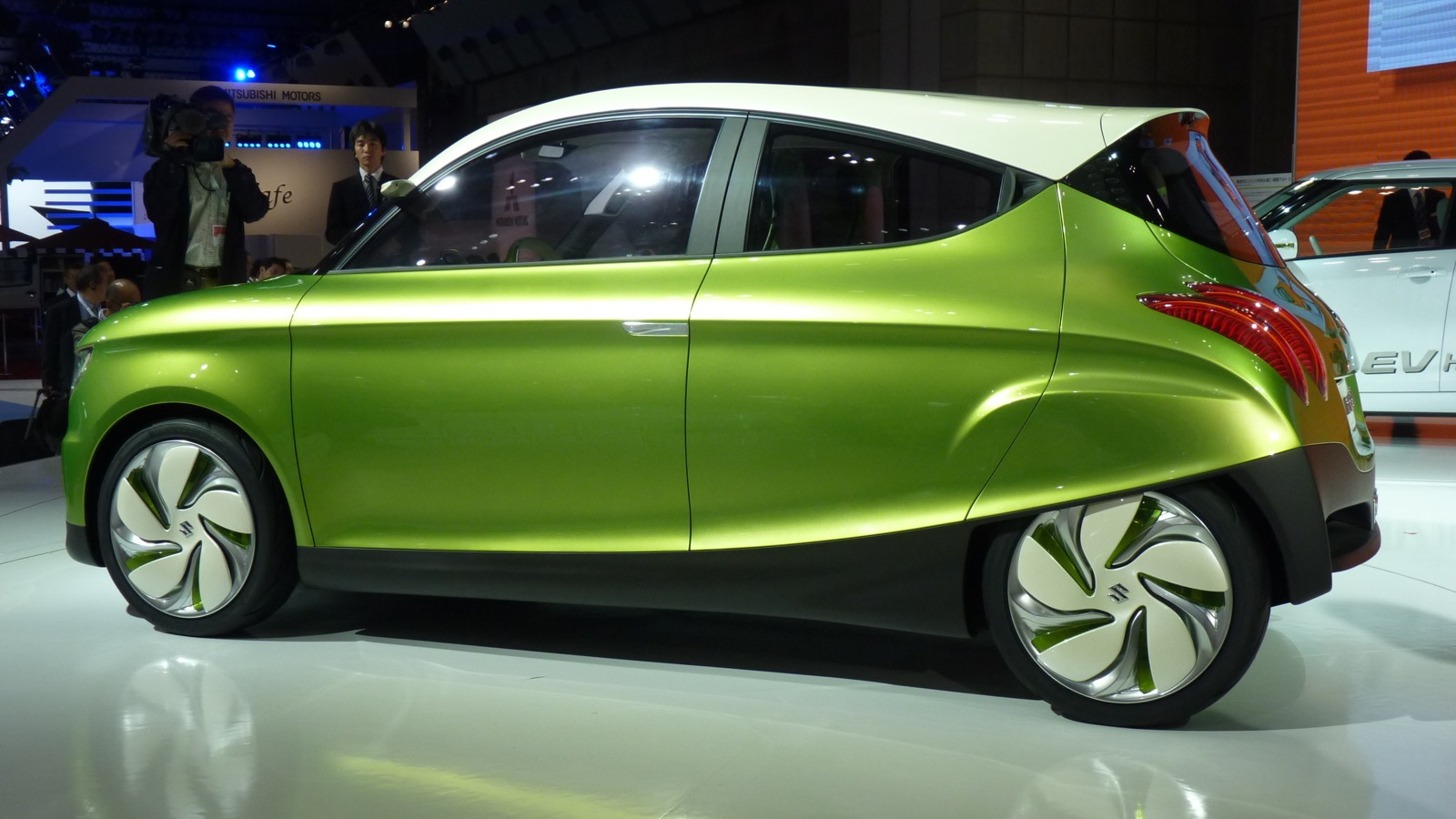 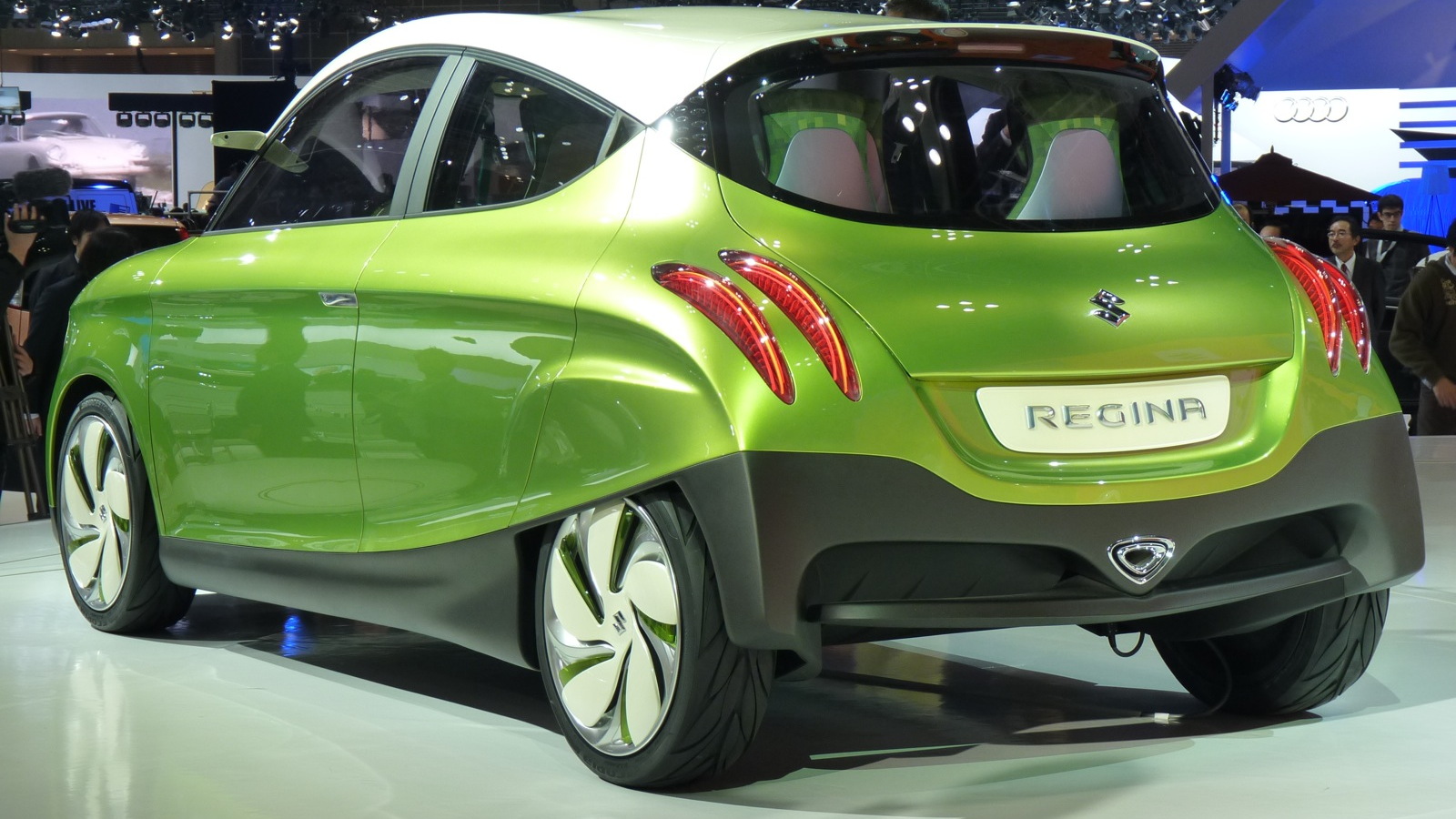 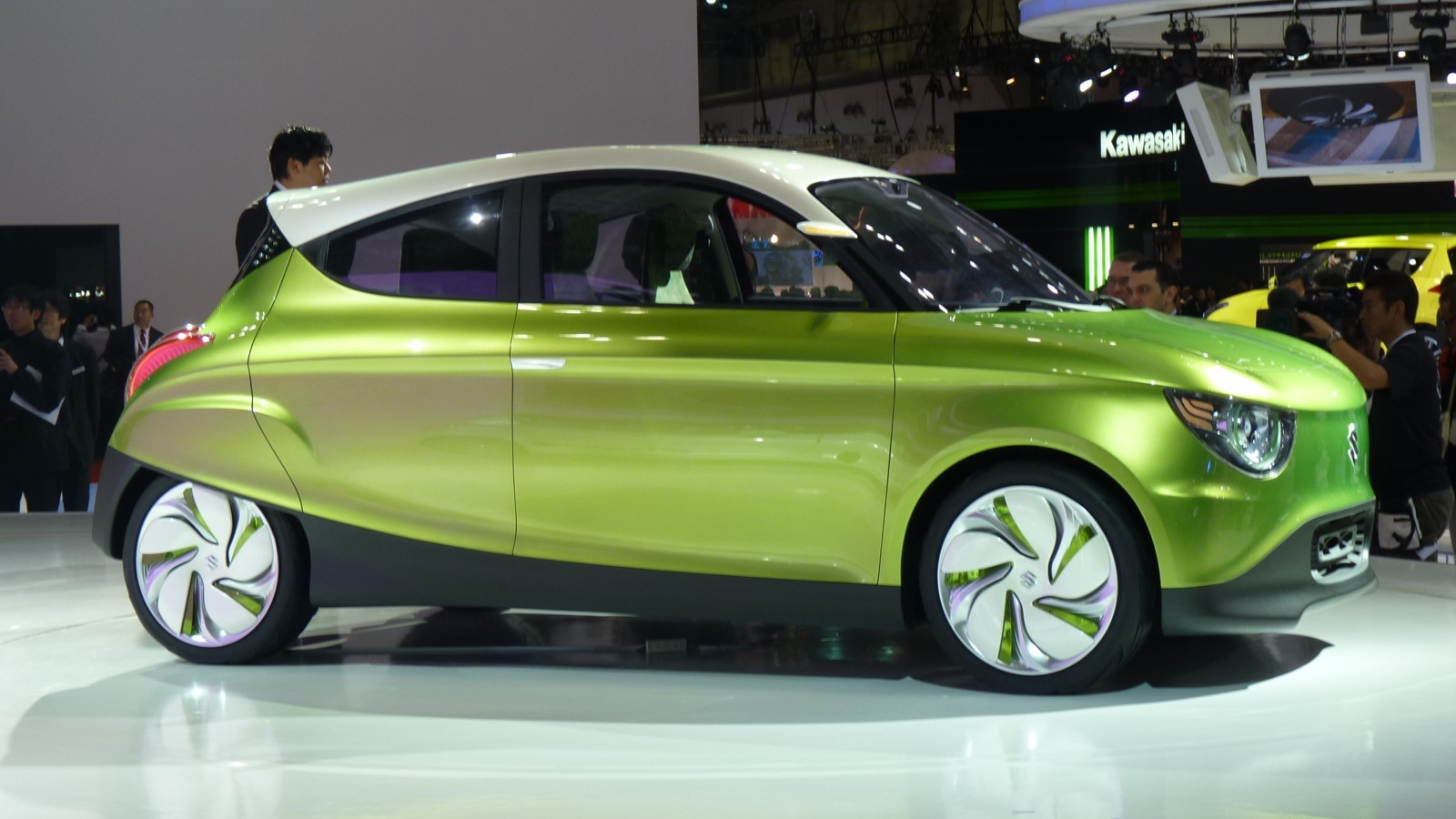 One of the cars we were most excited to see at the 2011 Tokyo Motor Show was the Suzuki Regina concept, one of the trio of city car concepts revealed by Suzuki in Tokyo.

As a light weight, compact city car powered by a regular gasoline engine it could be considered a fairly old-fashioned take on fuel efficiency and the retro lines of the concept do nothing to dispel that image.

There's more than a hint of classic Citroën about the design with the rear echoing the 1950s DS and several other details reminiscient of the Citroën Ami.

Those fantastic retro shapes hide some distinctly modern technology. The Regina has a low coefficient of drag, giving the 1,609 pound Suzuki and its small, naturally-aspirated gasoline engine little to fight against on its way to a claimed 72.3 mpg.

The dimensions are compact too, befitting a car designed for crowded Japanese cities. At 11.6 feet long, 5.3 wide and 4.7 feet high it's 1.3 feet shorter, four inches narrower and just over an inch lower than a Ford Fiesta.

It's a vehicle we're unlikely to see in North America any time soon. Indeed, Suzuki hasn't confirmed production for any territory just yet, but as concept cars go it wouldn't be impossible to produce, and the aerodynamic and weight-saving technologies could certainly find their way into a production vehicle.

You can enjoy a full live gallery of the 2011 Suzuki Regina Concept below. For more details on the 2011 Tokyo Motor Show, head over to our dedicated show page.