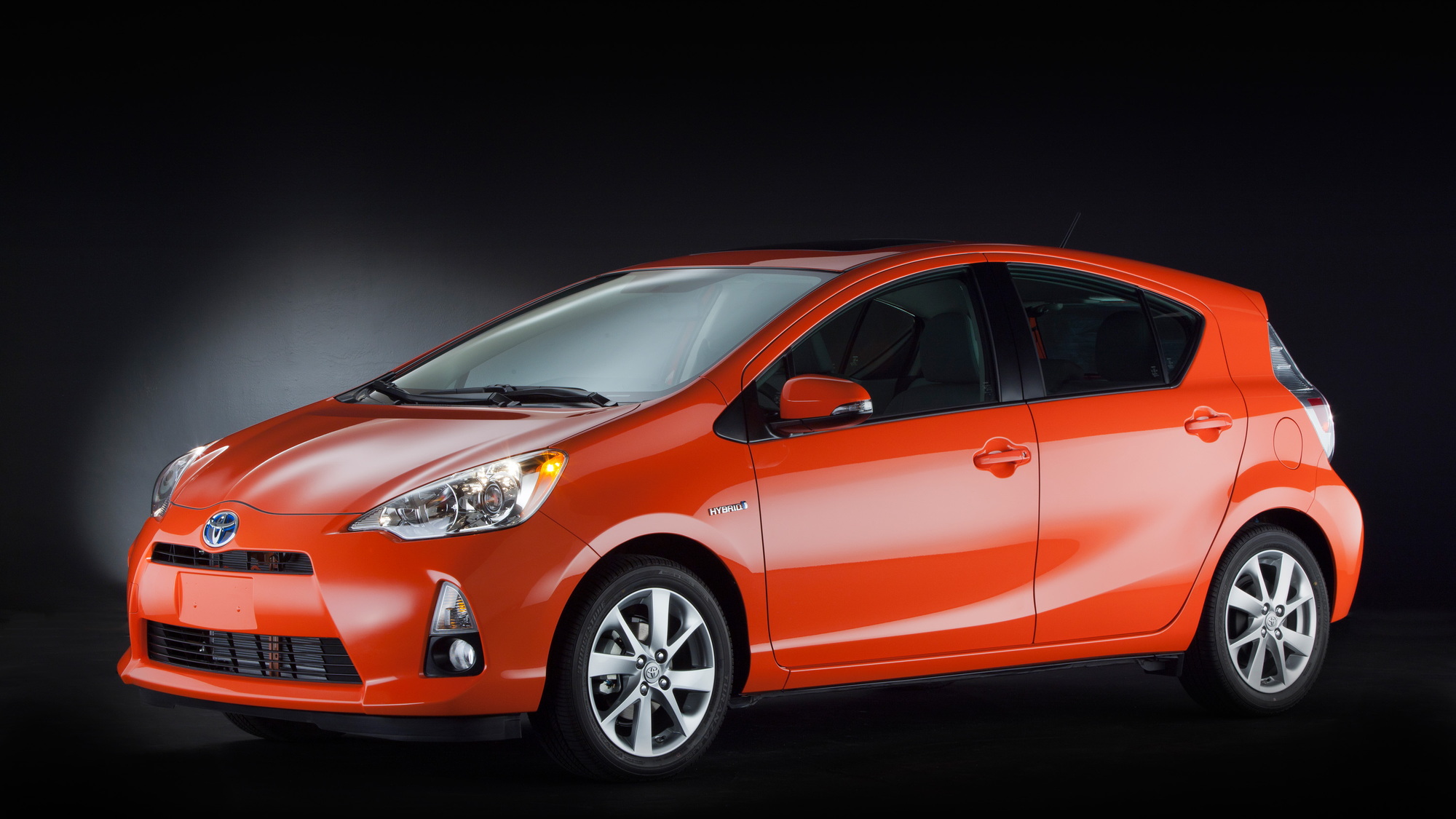 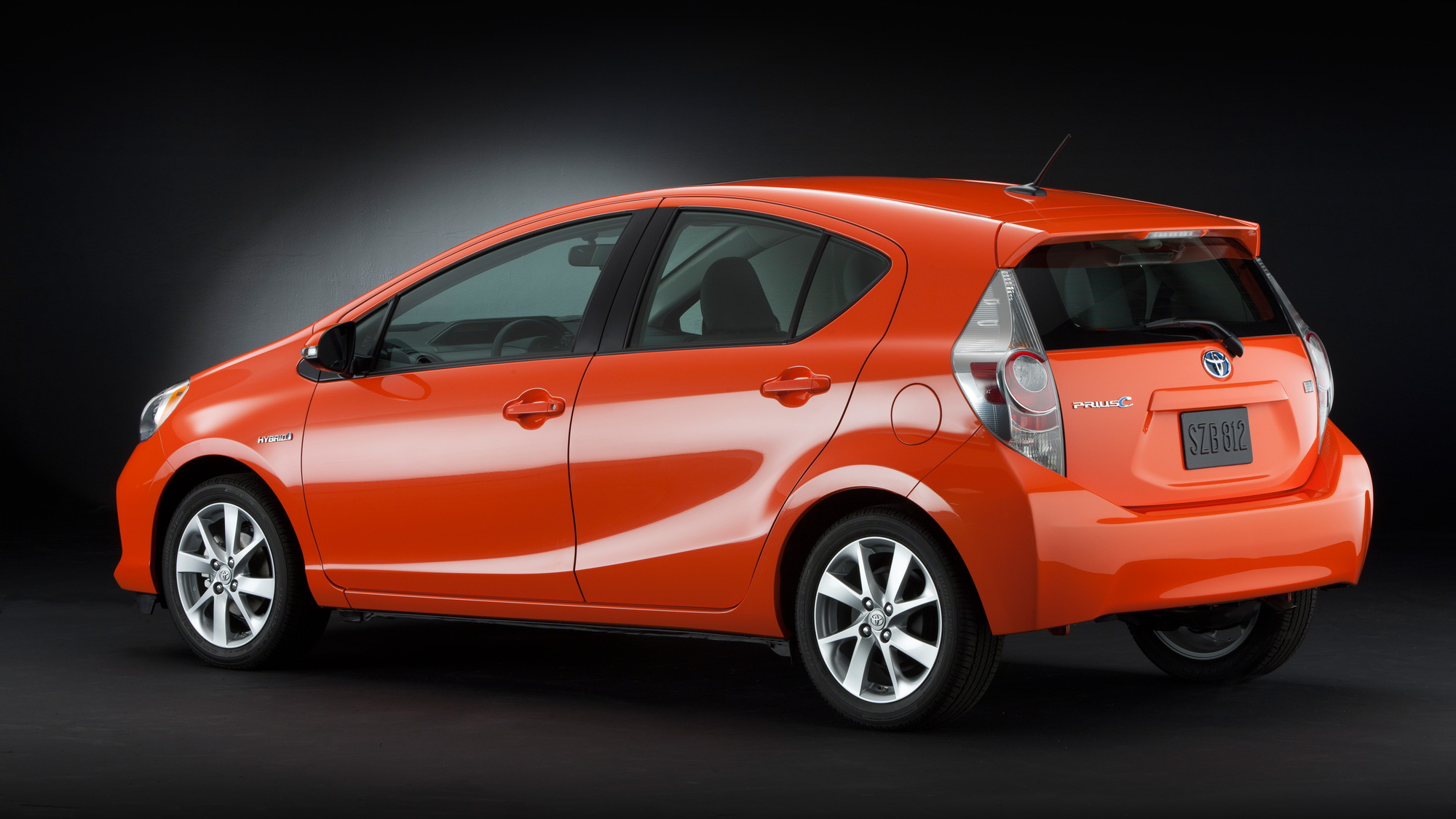 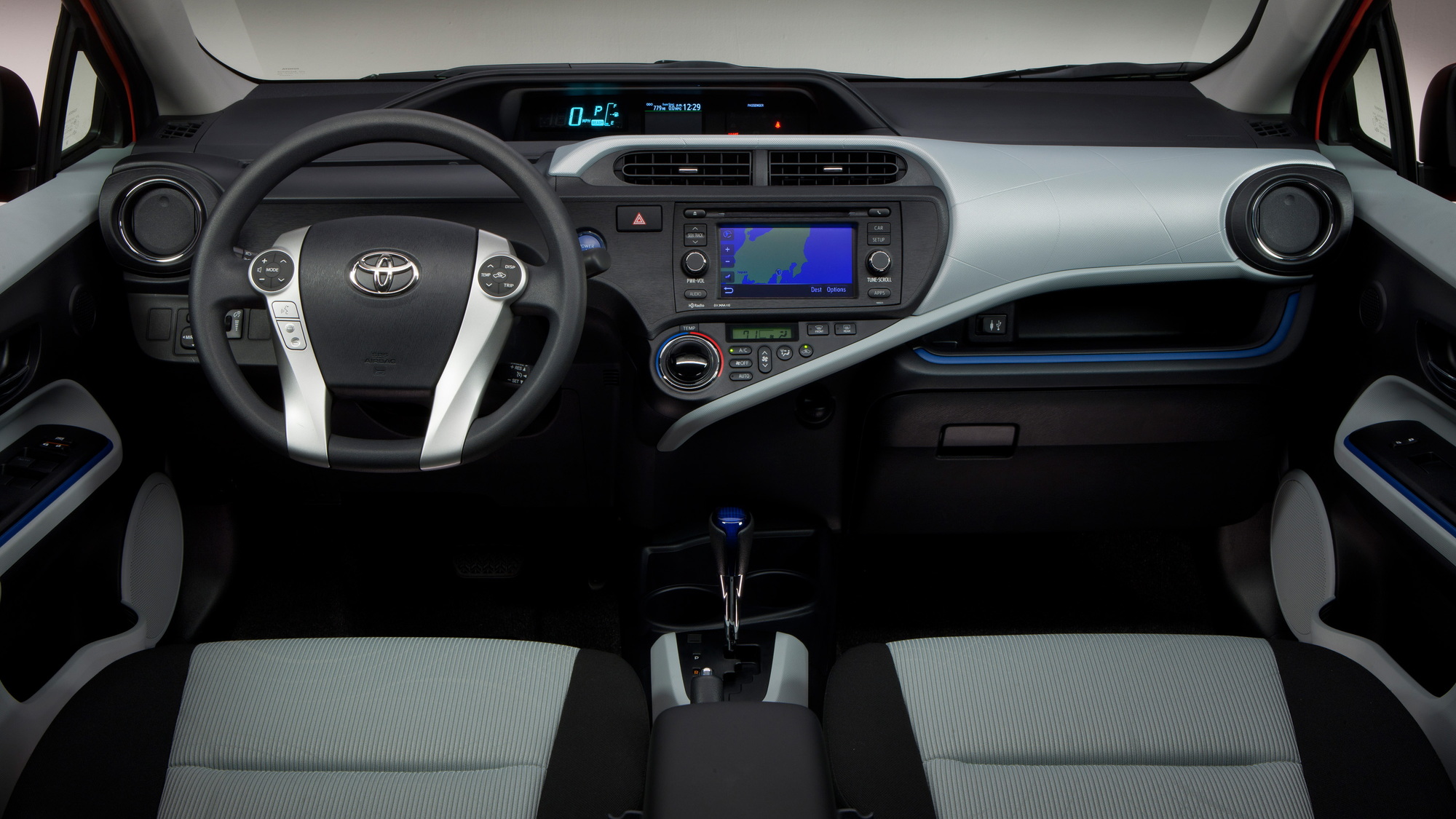 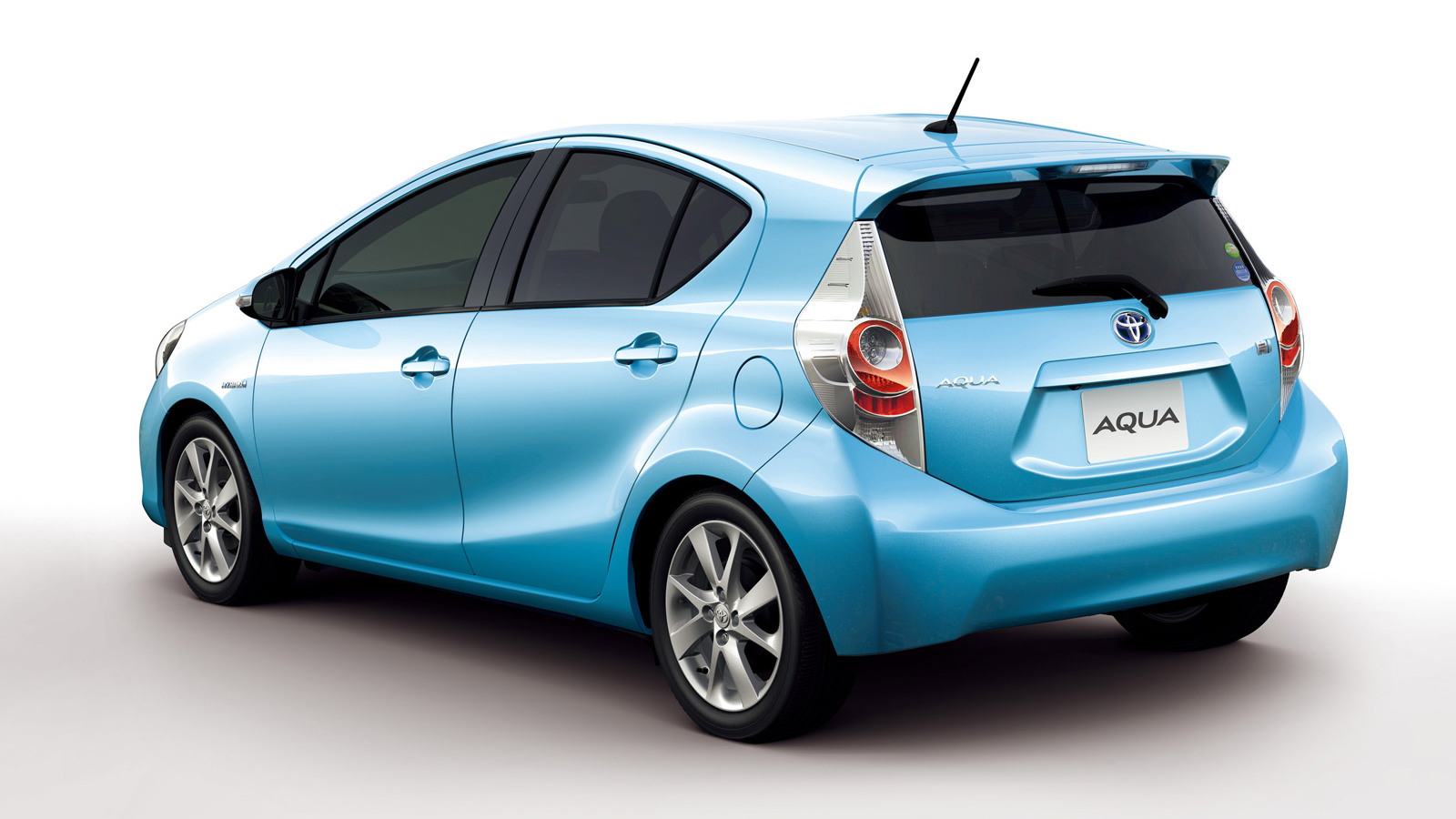 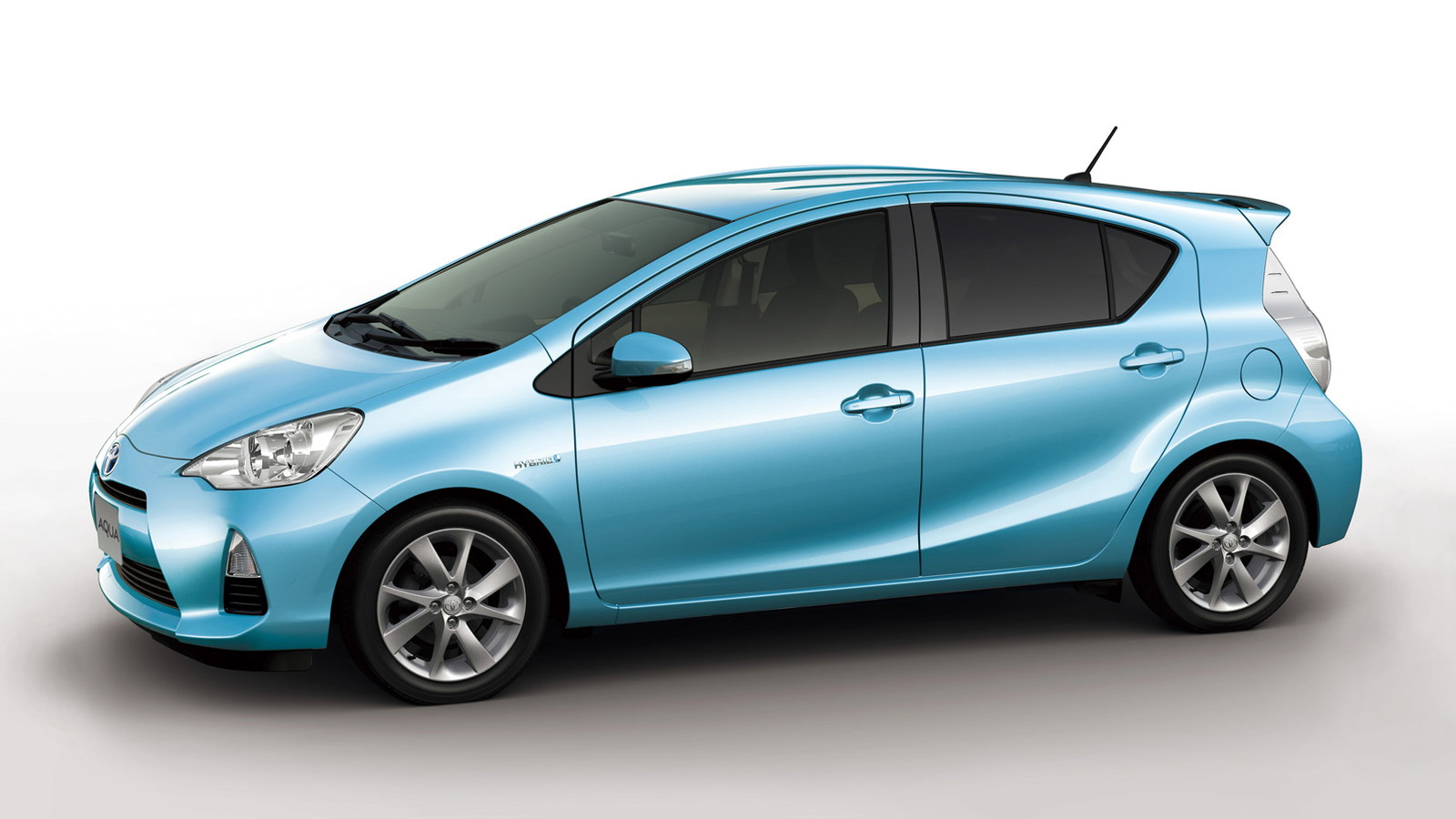 Toyota is doubling down on its best-known model for gas mileage, the Prius hybrid.

It's already added two models to sit beside the 2012 Prius five-door hatchback, and now, the last new addition to the Prius lineup has been revealed.

The 2012 Toyota Prius C, the first compact Prius since the original 2000-2003 model, was unveiled today at the Tokyo Motor Show. It will make its formal U.S. debut at the 2012 Detroit Auto Show in January.

Toyota variously calls the Prius C a compact and a subcompact, though with continuous "bracket creep" as smaller cars get larger, its dimensions appear to split the difference.

The production version of the Prius C is quite different from the two concept cars that previewed it, but it's still recognizably a Prius hybrid.

And Toyota says the Prius C will offer "the highest city mpg of any non-plug-in vehicle," which means higher than the mid-size Prius Liftback's EPA rating of 51 mpg.

The 2012 Toyota Prius C is meant to offer an entry-level Prius model for younger drivers, so its price should be lower than the current Prius II hatchback's sticker of $23,520 (plus destination). It's also aimed at buyers seeking sportier handling and driving dynamics.

It's powered by a 1.5-liter four-cylinder engine, coupled to the Hybrid Synergy Drive system with two electric motor-generators and a planetary gearset, which effectively gives it an electric continuously variable transmission (eCVT) for maximum efficiency. Toyota did not release power outputs.

Among the battery pack, eCVT transmission, and power electronics, the Prius C's hybrid system weighs almost 90 pounds less than the one in the larger Prius hatchback. Toyota did not specify whether it uses a lithium-ion or nickel-metal-hydride battery pack.

The 2012 Prius C will feature lots of convenience features and in particular, Toyota says, premium electronics and infotainment systems.

Drivers and passengers can use Toyota-approved apps, including Bing, OpenTable, and MovieTickets.com. Entune also includes access to Pandora and other streaming radio services,

The total feature set creates, according to its press release, a "less compromised compact-car experience"--though we're not sure what that says about the current Toyota Corolla.

In Japan, the Toyota Prius C will be known as the 'Aqua' rather than a Prius model. It is also said to achieve 94 mpg on the very different Japanese test cycle, but we'll wait for EPA ratings on the U.S. version before we draw any conclusions about its gas mileage in real-world usage here.

The car's lines were first leaked about a month ago, when a brochure for the Prius Aqua appeared on Japanese websites.

Toyota has shown two separate concepts for what became the production Prius C: The most recent was the Prius C concept shown at last January's Detroit Auto Show, which refined styling and packaging ideas that were first shown the year before in the FT-Ch concept from January 2010.

The 2012 Toyota Prius C is expected to go on sale during 2012. Toyota has not yet released any pricing information or trim levels.