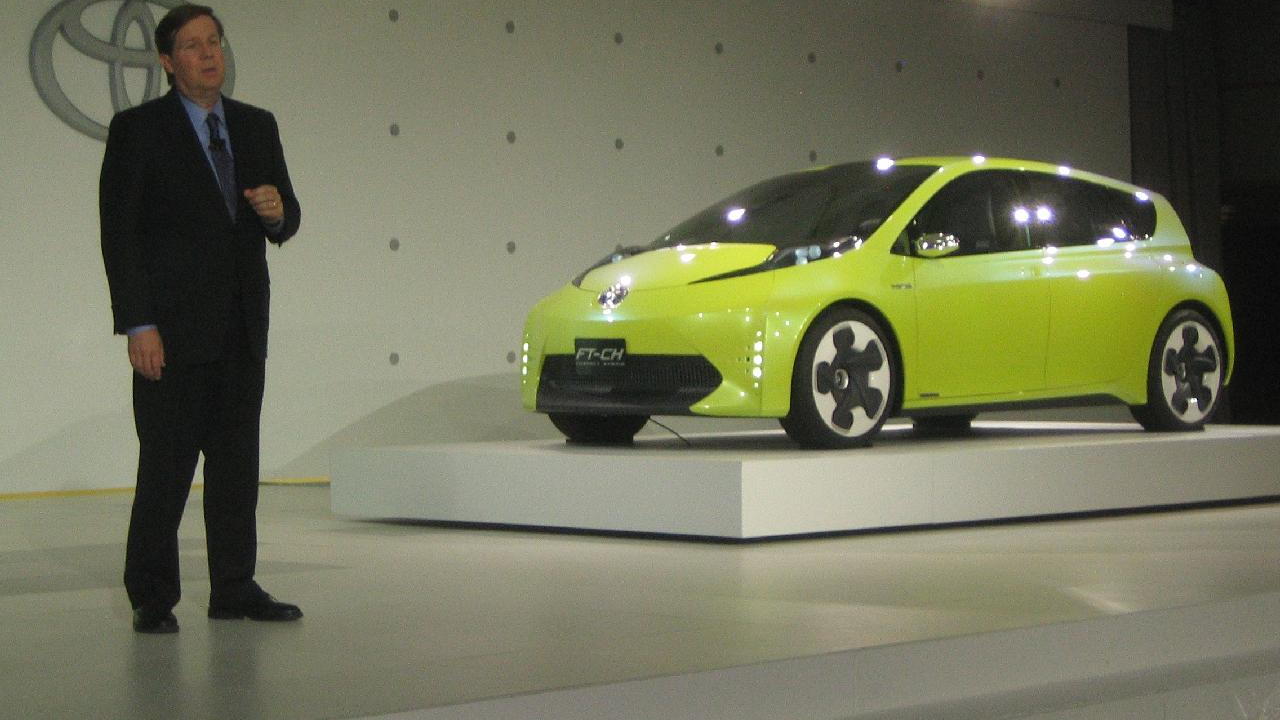 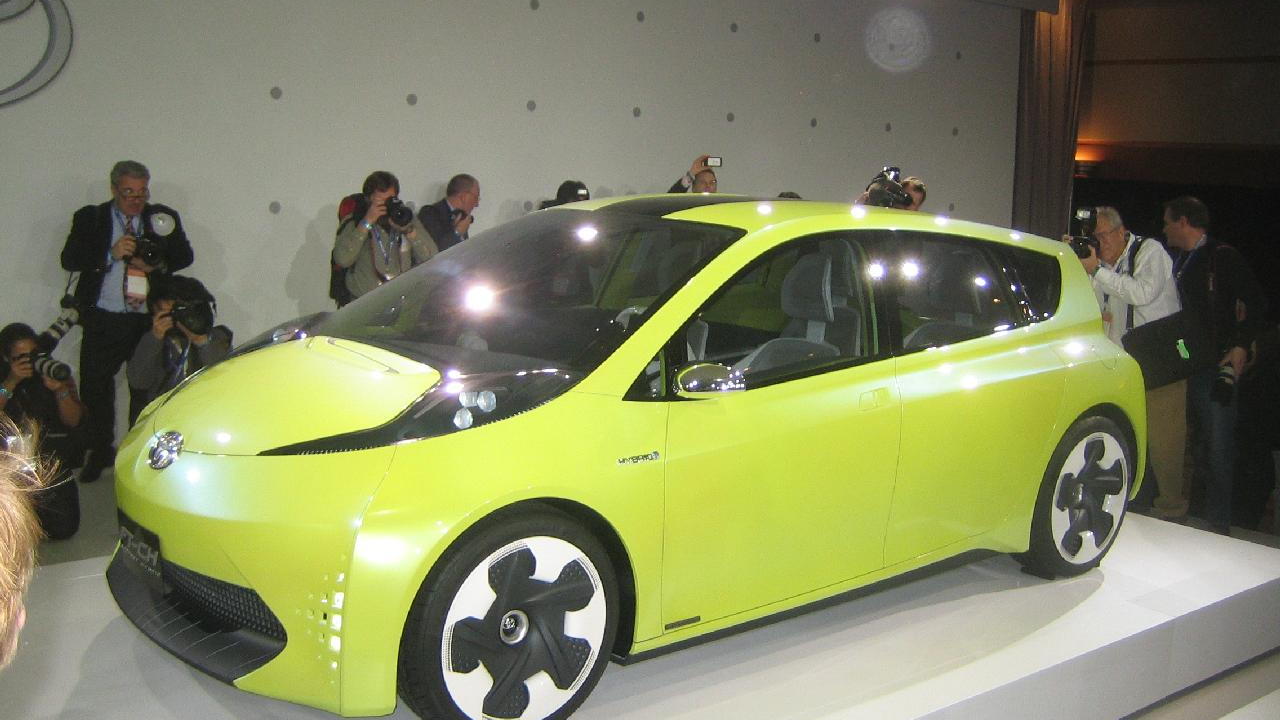 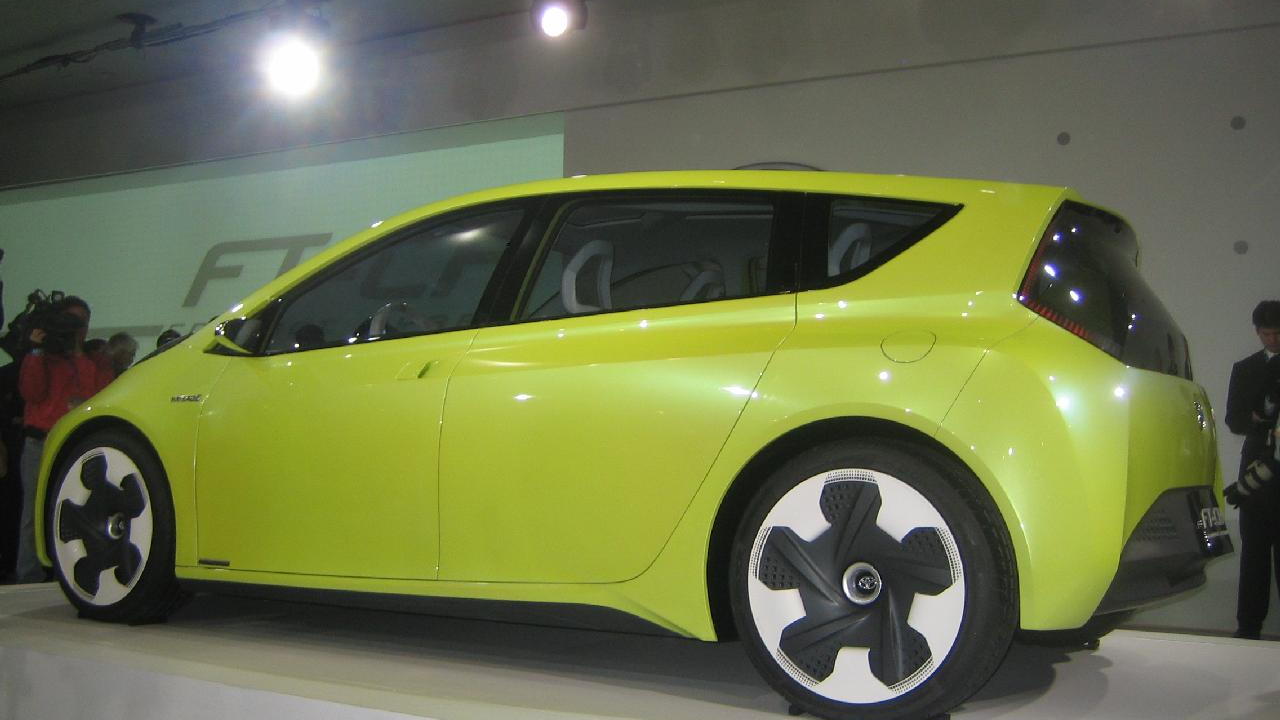 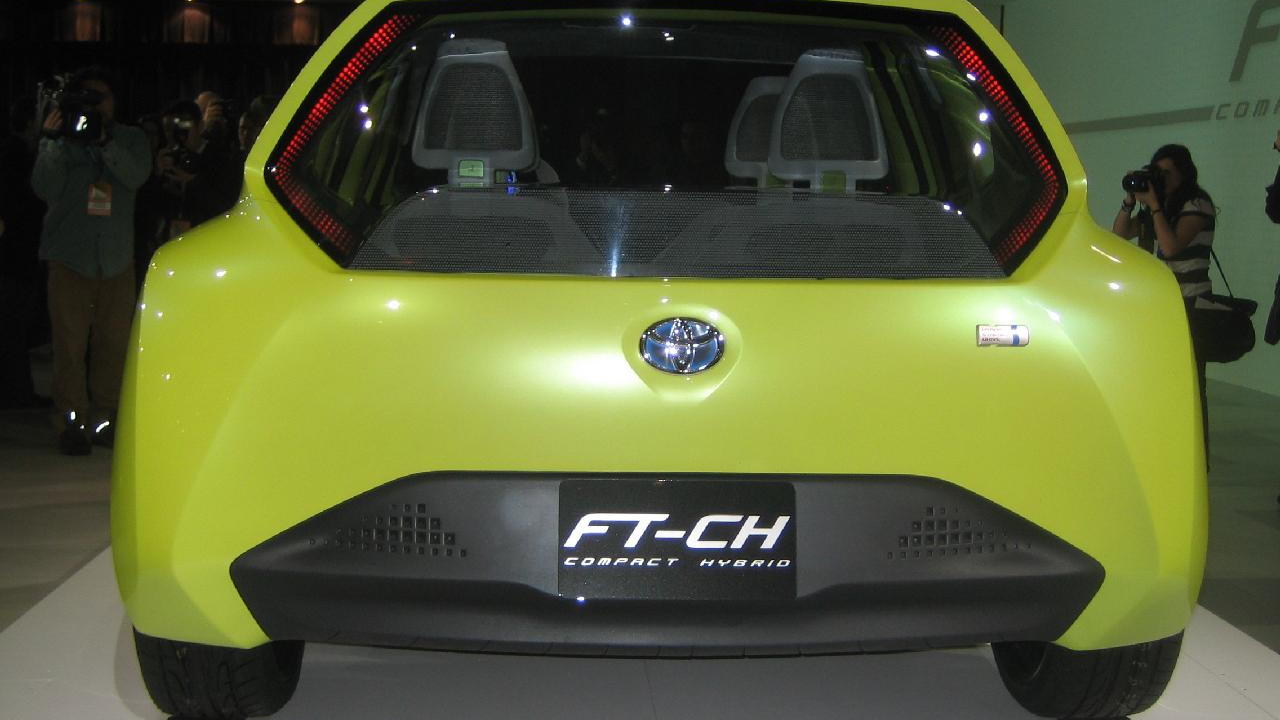 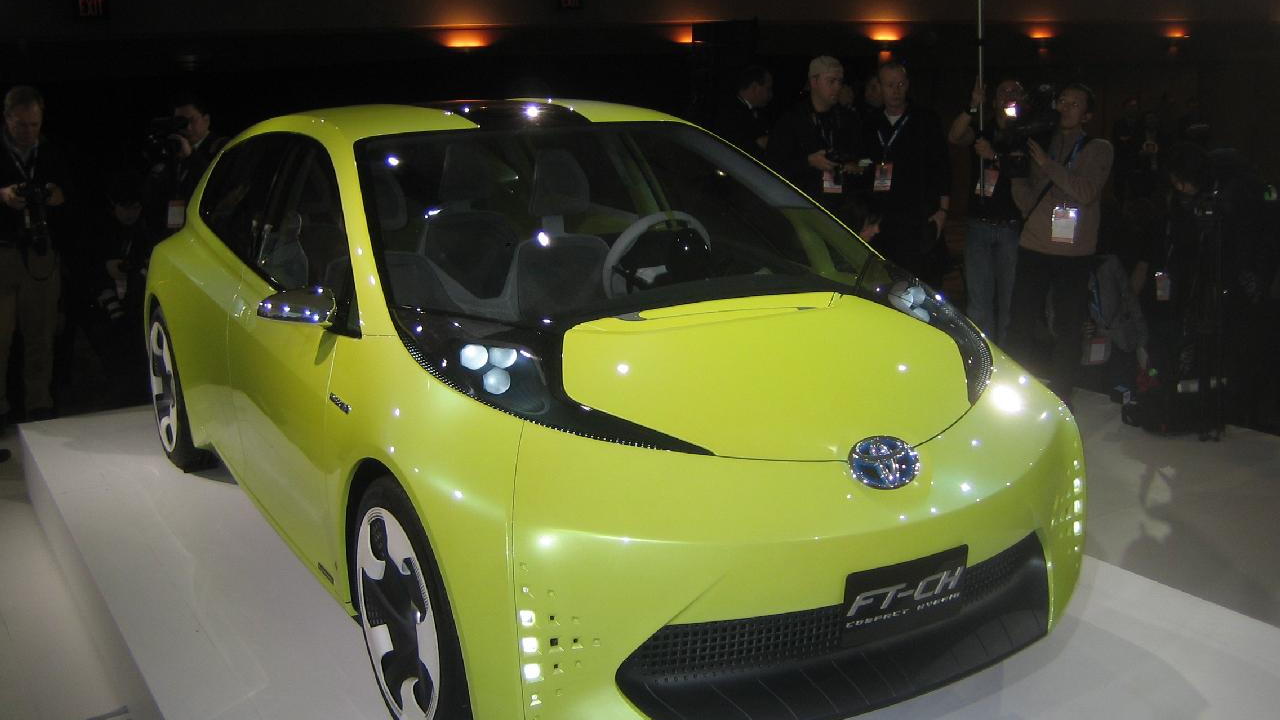 Toyota announced this morning that it would launch a family of Prius vehicles, and unveiled a concept vehicle at the Detroit Auto Show that may foreshadow the shape of a new Toyota Prius coupe.

The FT-CH concept shows a possible shape for a highly aerodynamic compact hybrid (or CH)  vehicle. Toyota ascribes to it "spirit and functionality" that "thrives in the inner-city environment" with nimble, responsive handling and maneuverability.

It is lighter, and hence even more fuel efficient, than the current 2010 Toyota Prius. It is also 22 inches shorter than the five-seat Prius hatchback, but loses only a fraction of an inch in width. It was styled by the company's European design and development (ED2) center in Nice, France.

The FT-CH is designed to be less expensive than the current Prius, targeting a new, younger and less affluent  generation of buyers, with fun and innovative styling.

Inside, its vivid colors nod to the "8-bit generation" retro style in Japan, which includes music and art derived from the 8-bit microprocessor technology of the earliest video games.

Since its U.S. introduction in 2000, the Toyota Prius has become the quintessential hybrid vehicle. Now in its third generation and in short supply globally, its continuing success led Toyota's U.S. arm to push hard for other Prius models.

A Prius family "marketing strategy" is taking shape for North America, said Jim Lentz, president of Toyota's U.S. arm. "Obviously, it will require additional models to qualify as a family," he said. "Among others, the FT-CH is a concept that we are considering."

Hybrids to be core powertrain

Toyota also confirmed its intention to introduce a small battery-electric vehicle for the 2012 model year, and a hydrogen fuel-cell vehicle in 2015.

Toyota promised to introduce eight new hybrids by 2012, either new dedicated hybrid models or hybrid powertrains added to models that had not before had them.