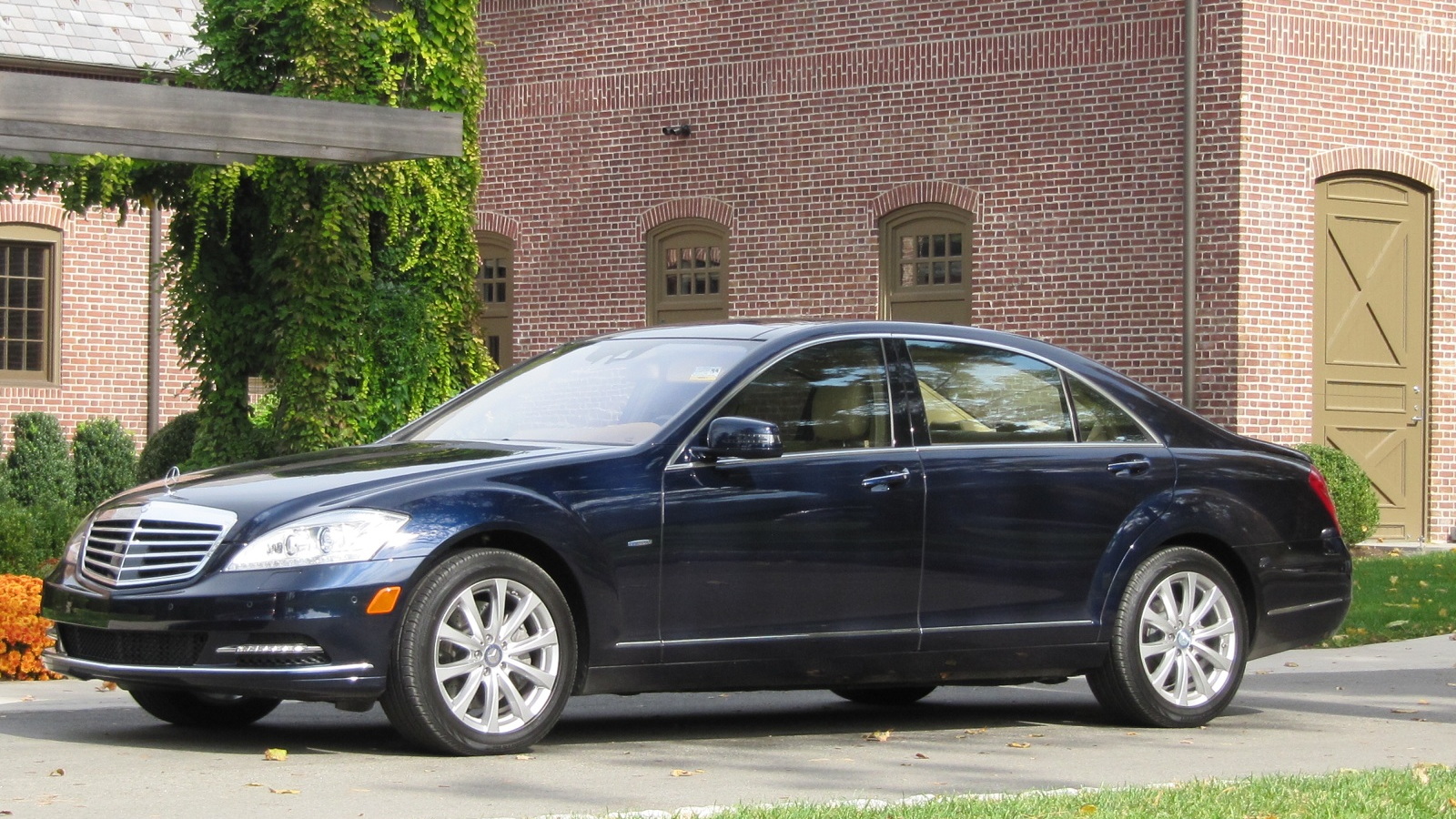 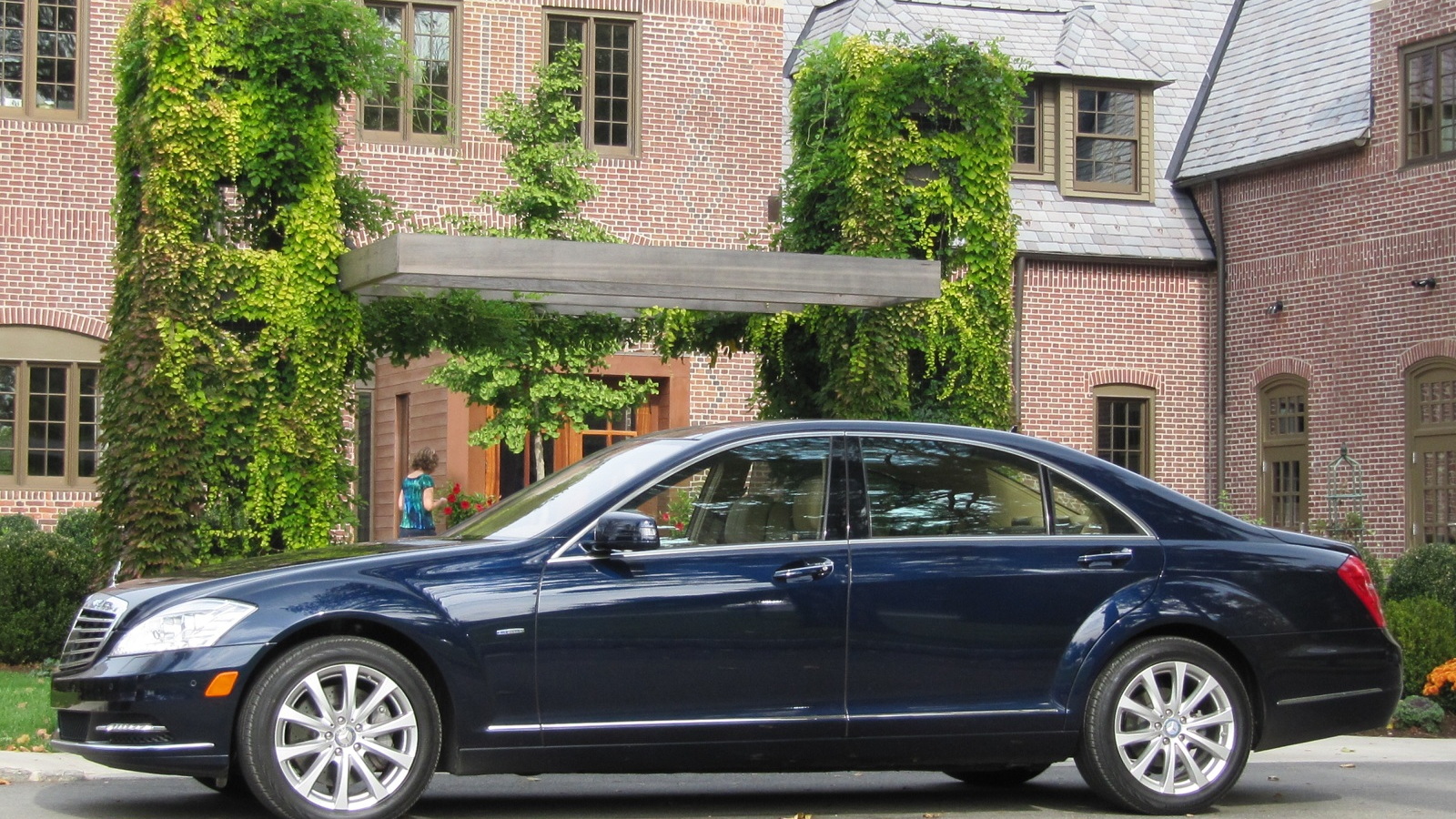 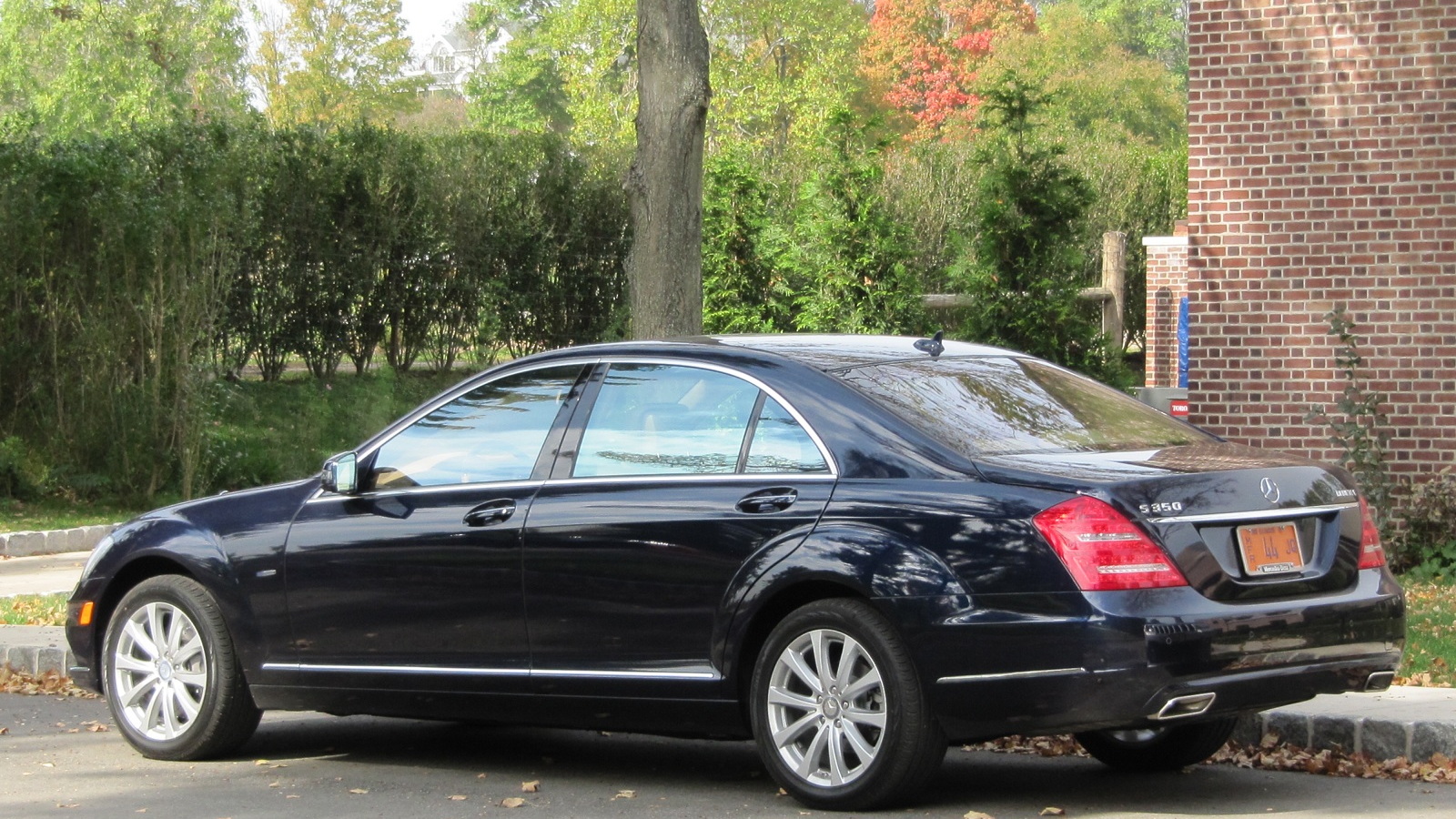 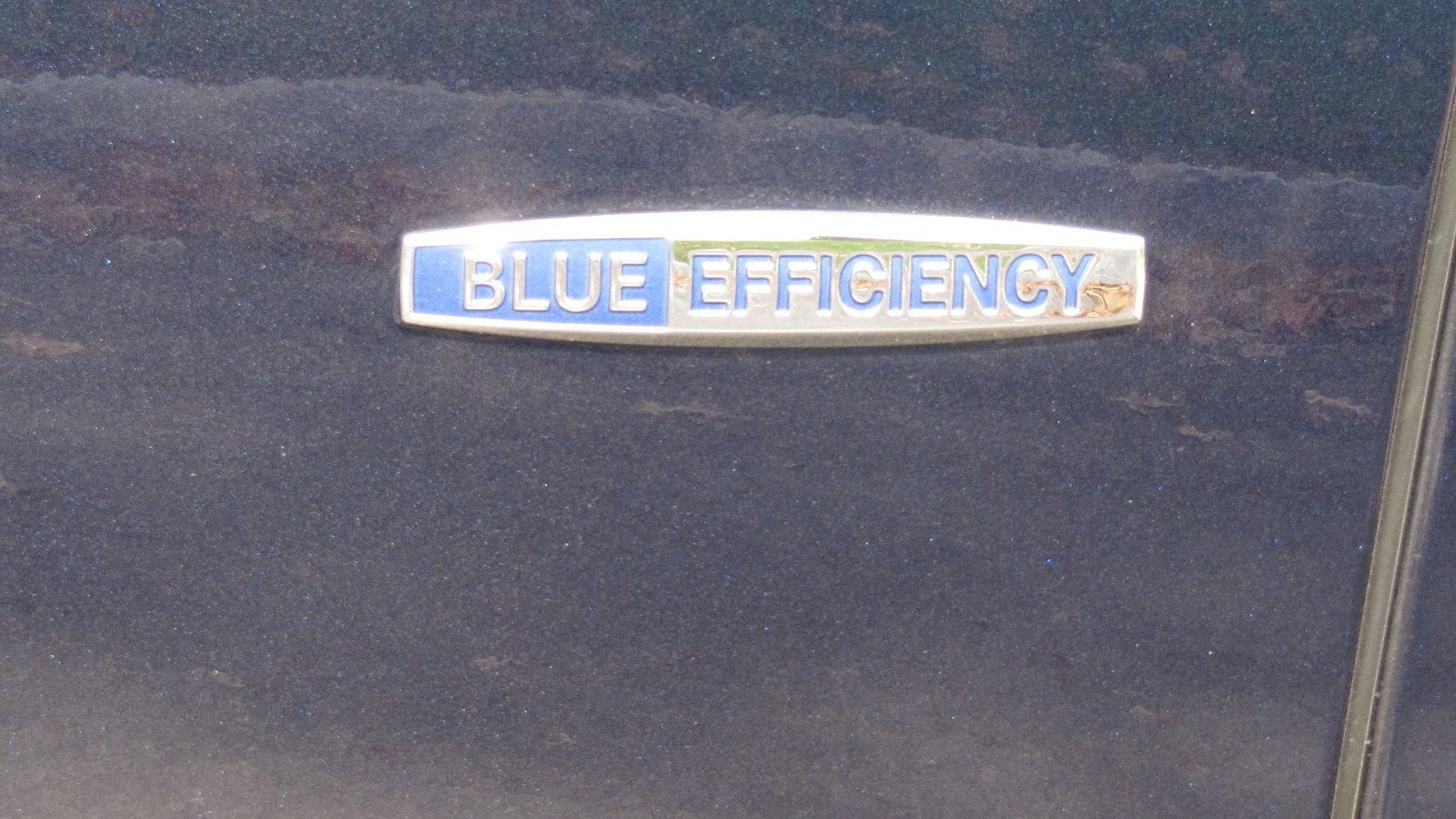 What can you say about driving a Mercedes-Benz S-Class?

It's luxurious, smooth, powerful, packed with features, impressive on the road, and very, very large.

Now you can add another adjective: green. While the S 400 Hybrid has been in the mix for two years, Mercedes-Benz is launching a clean-diesel version of the S-Class for 2012.

With its 22-gallon fuel tank, the diesel S-Class offers almost 700 miles of highway range, ensuring that drivers' bladders will demand a stop long before the vehicle does. The 7-gallon tank for AdBlue urea liquid nestles inside the spare tire under the trunk floor, meaning trunk space remains the same as in any other S-Class.

We spent a few hours last week in the 2012 Mercedes-Benz S 350 Bluetec, which has an updated version of the 3.0-liter Bluetec turbodiesel V-6 engine fitted to the standard Mercedes-Benz seven-speed automatic transmission.

That's the same basic powertrain also found in diesel models of the ML-Class crossover, the GL seven-seat sport-utility vehicle, the R-Class wagon, and the E-Class sedan. And diesels remain a popular option, with take rates from 5 to 10 percent in high-volume E-Class to as much as 25 percent in the GL full-size SUV.

But in the S-Class and the ML-Class, the engine has been revised, with enhancements to the turbocharger and its control software, plus some internal changes to reduce weight and lower friction.

Output power is up to 240 horsepower (from 210 hp) and torque is now a whopping 455 lb-ft (up from 395 lb-ft), which is more than substantial for a non-performance version of even a full-size luxury sedan.

Unlike the hybrid S-Class, which does not offer it even as an option, the S 350 Bluetec comes standard with 4Matic all-wheel drive. All other S-Class options are also available, which Mercedes-Benz said was a requirement of even their greenest buyers.

On the road: utterly unobtrusive

Behind the wheel, the S 350 Bluetec is probably the least obvious diesel car on the market. While a touch of diesel noise is occasionally evident from the front passenger seat, turning on the sound system at even its lowest settings covers that entirely.

Standing outside the idling car, there's a bit of the traditional diesel clatter, but it's well muffled, almost genteel.

Unless the driver opts for Sport mode, the mountain of available torque causes the car to gather speed at a smooth but dignified rate. This is a large and heavy vehicle, not a sports car. Sport mode reduces the noticeable accelerator lag and makes the car far punchier overall.

Mileage in mid-20s or more

And the fuel mileage? (Remember, we don't say "gas" for diesels.) Well, on a steady-speed stretch of Interstate, we observed an indicated 29.2 mpg.

For our drive of roughly 100 miles, over a mix of Interstate highways and back-country roads with few stops, we got 27.4 mpg.

That corresponds to the notion that modern diesels actually exceed their EPA fuel economy ratings.

That included a very nice Cashmere/Savanna Premium Leather upholstery ($2,990), some $325 of burl walnut trim, a heated steering wheel ($490), and the SplitView video display ($710), along with three option packages.

Mercedes-Benz provided a test car and a very nice lunch to allow High Gear Media to bring you this first-person drive report.