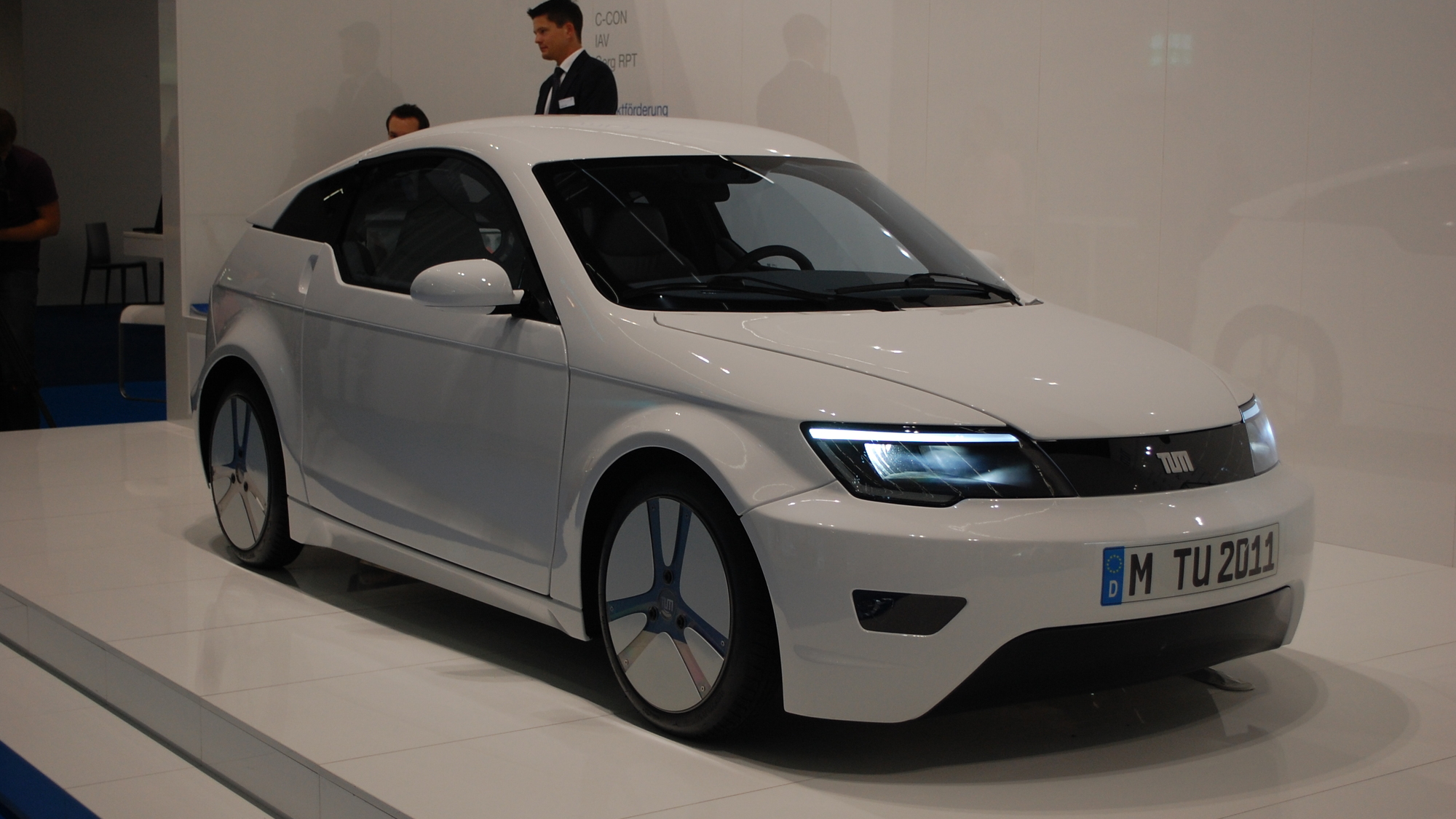 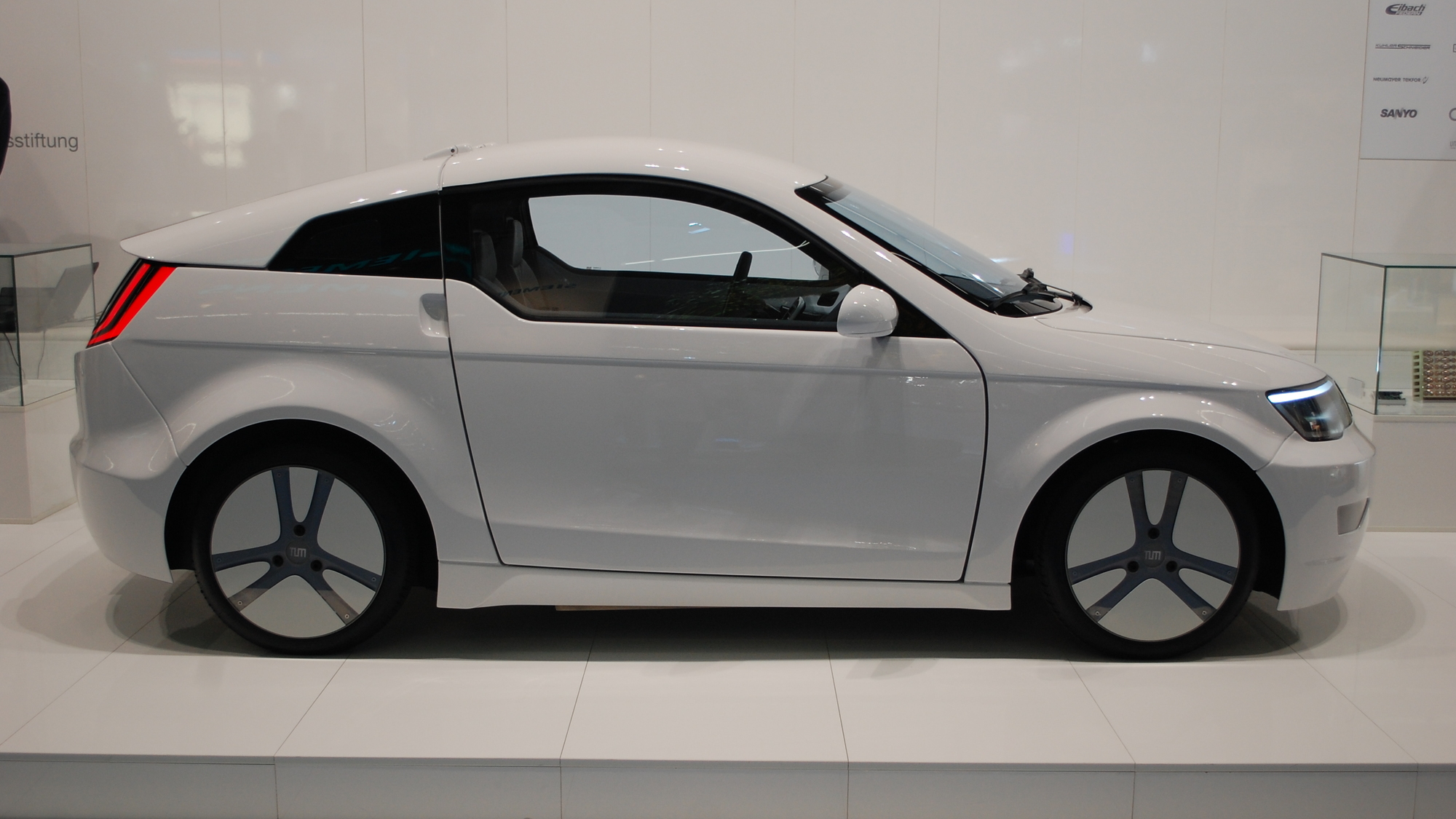 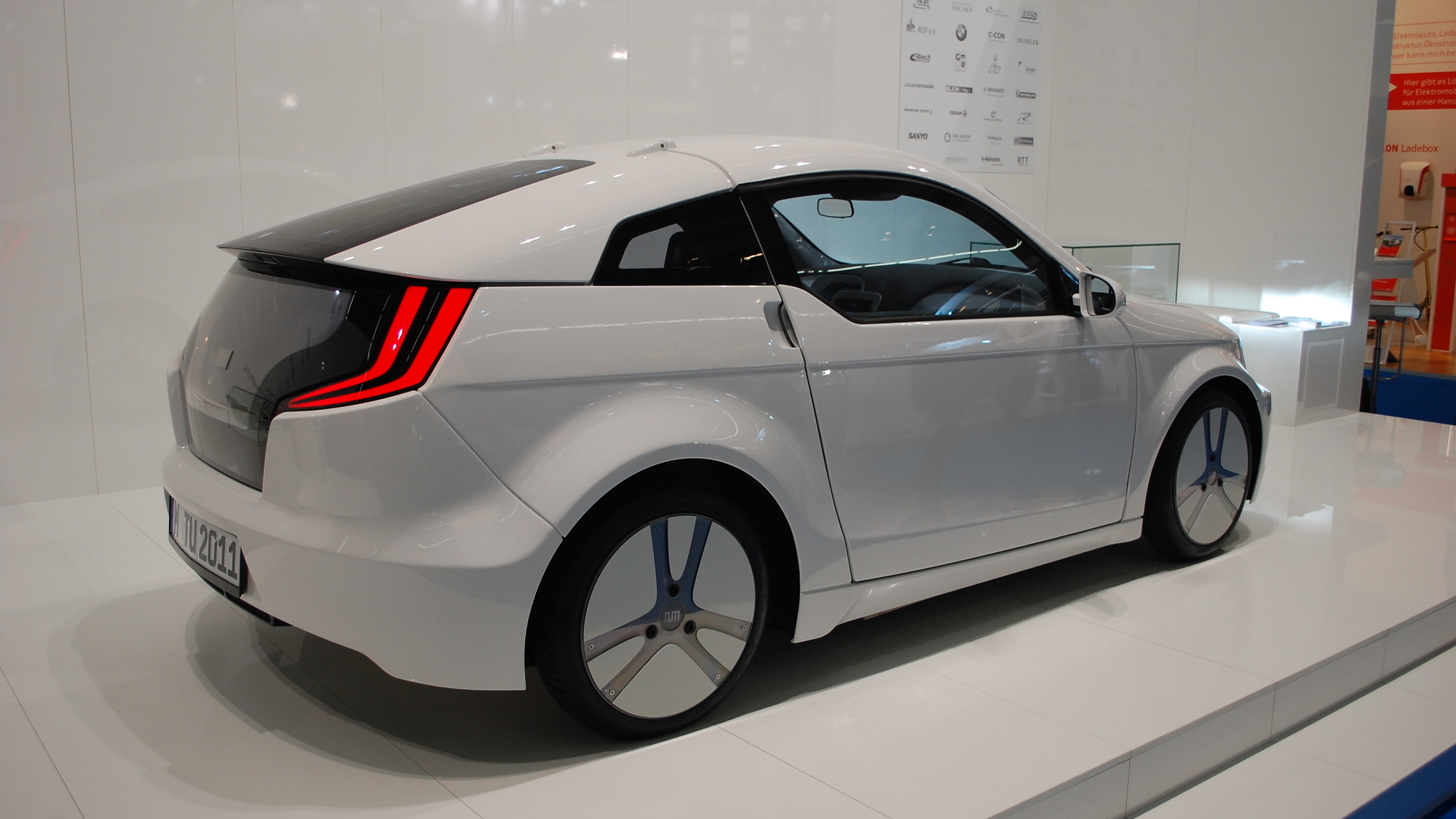 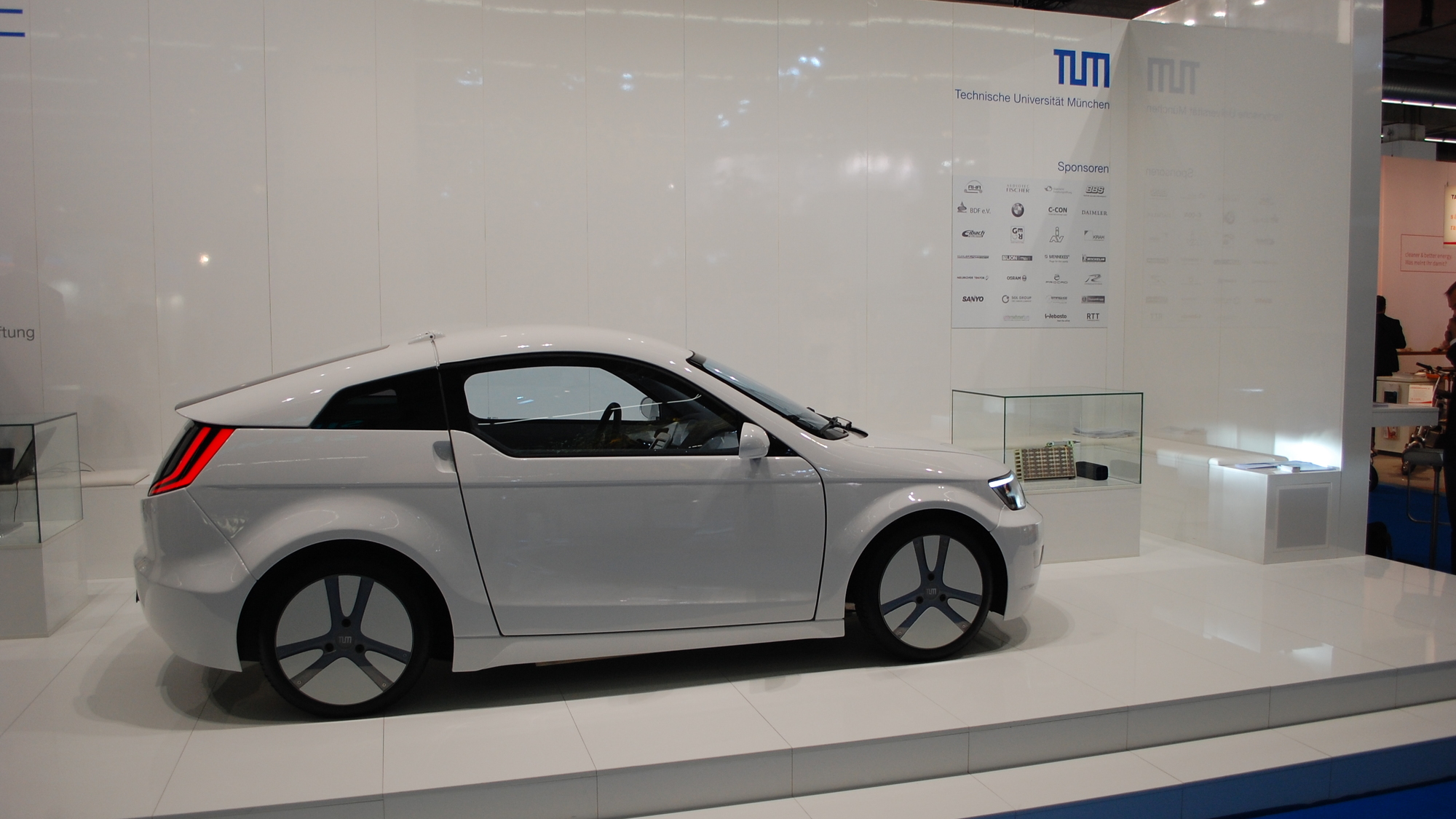 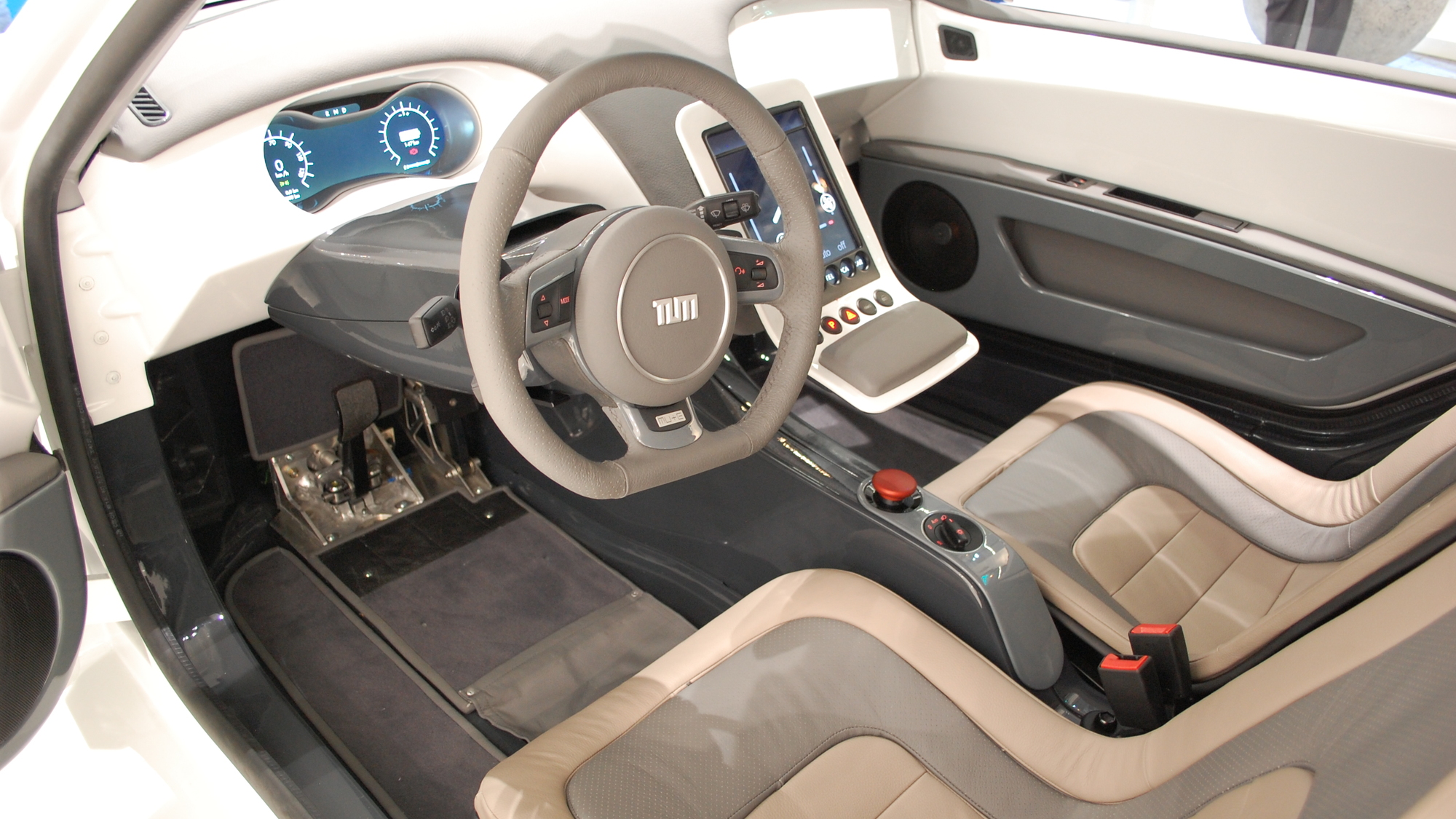 Following the Geneva Motor Show earlier this year we speculated on the problems that small volume, odd-looking electric cars could do to the EV industry's reputation.

The outlook at Frankfurt was much more upbeat. Despite the absence of Nissan and its Leaf, several other carmakers had exciting electric cars on show and smaller EV-makers were given a much larger hall than they were at Geneva.

One of the cars that really caught our attention was Technische Universität München's "Mute" electric car.

Its chunky Germanic lines reminded us a little of some of Volkswagen's concept vehicles like the XL-1 and 1-Liter and there's a hint of Audi to some of the details. It's compact, modern and importantly, looks like a proper car.

The Mute is also relatively low-drag, with a 0.27 Cd figure - the same as a Tesla Model S. Head- and tail-lights are LEDs and the rear glass panel has a hint of 2011 Honda CR-Z about it.

Inside, there's more than just a mere hint of Audi - the entire steering wheel is as you'll find in some of Ingolstadt's sportier models like the R8 and TT, albeit re-trimmed. The rest is clean, white and modern, with digital displays, two thin seats with luggage space behind, and a racing car-style pedal array.

Two glowing dials in front of you display your speed and level of charge, and a tablet PC-style touchscreen arrangement sprouting from the center stack is used to control other functions such as temperature controls, navigation and infotainment.

The concept is apparently constructed from carbon fiber but a production model would be made of aluminum and plastic, but weight is incredibly low with either - 1,100 pounds altogether, 220 lb of which is the battery.

This low weight helps ensure the Mute is exempt from many of the regulations that constrain regular cars, though the company was keen to point out that this doesn't mean they're compromising on safety.

Power comes from a small 10 kWh battery with 11 modules of lithium-ion cells. This is hooked up to a 15 kW electric motor with a low-sounding 44 pounds-feet of torque, and this allows the Mute to reach 37 mph in 6.8 seconds and a 74 mph top speed. Range is a minimum of 60 miles.

Technische Universität München is still seeking companies to license and produce the Mute.

We think it deserves to reach production - it might not have the longest range or greatest performance, but the university has proved that smaller companies don't have to settle for glorified golf carts when designing urban electric cars.