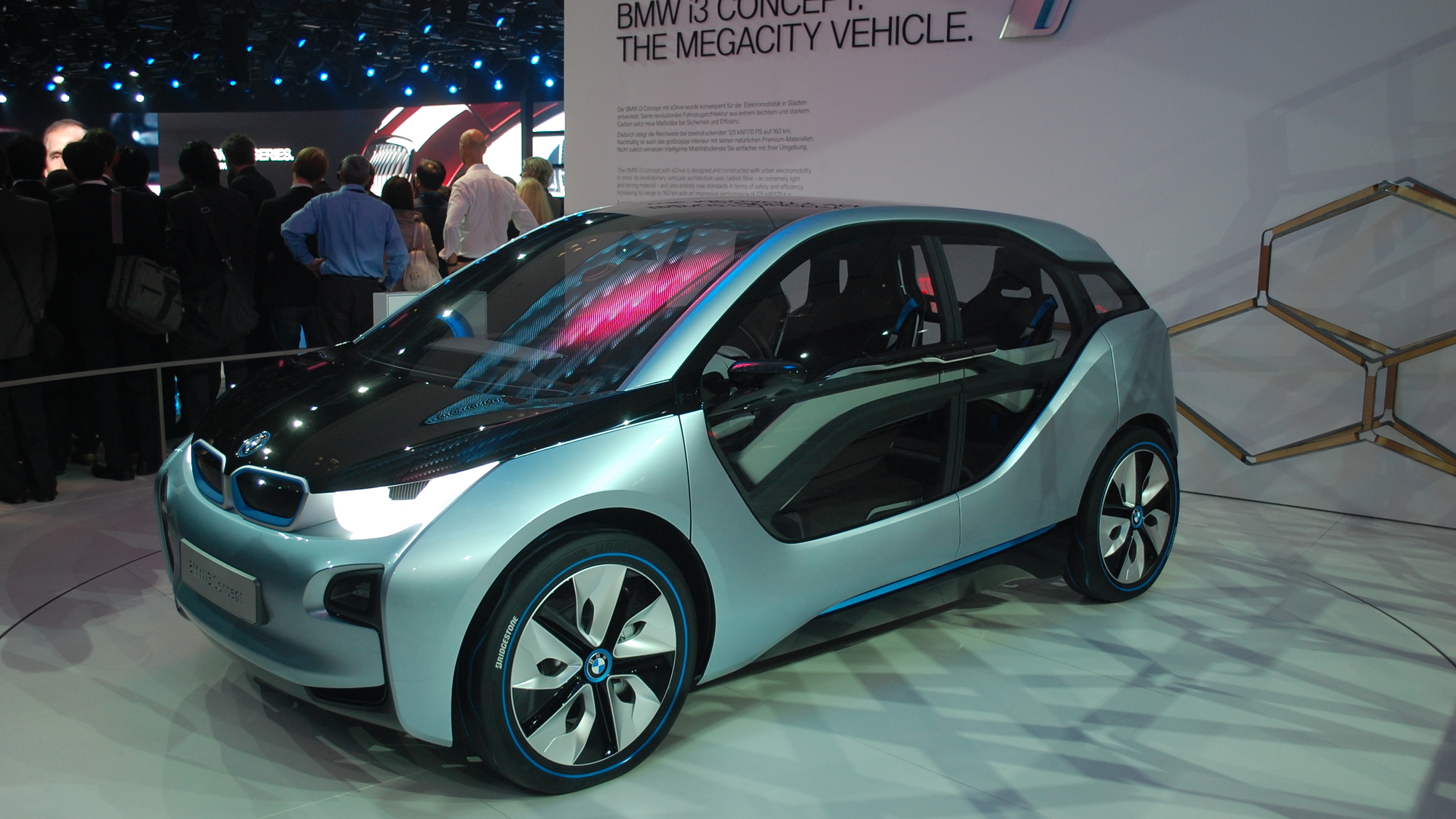 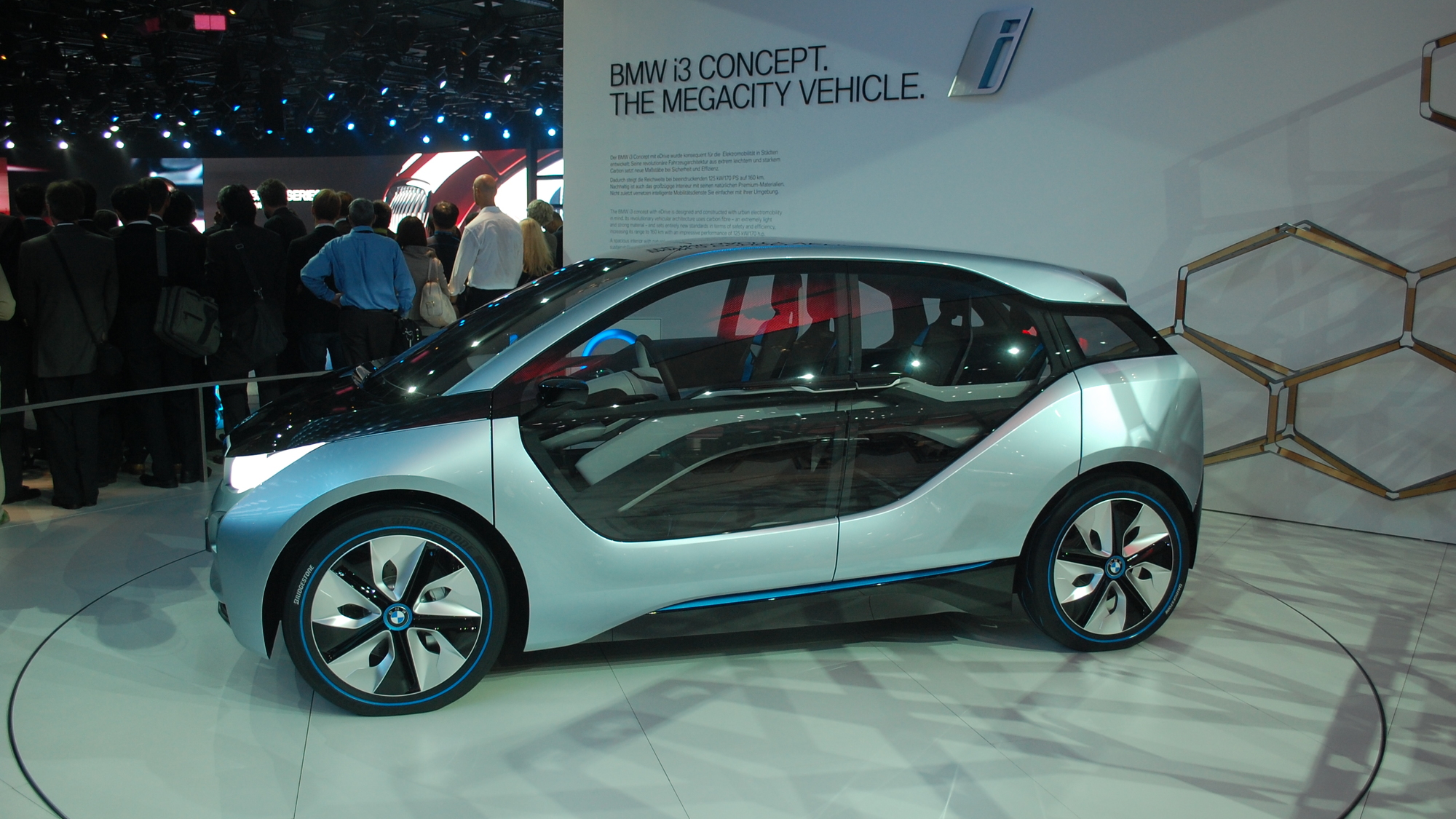 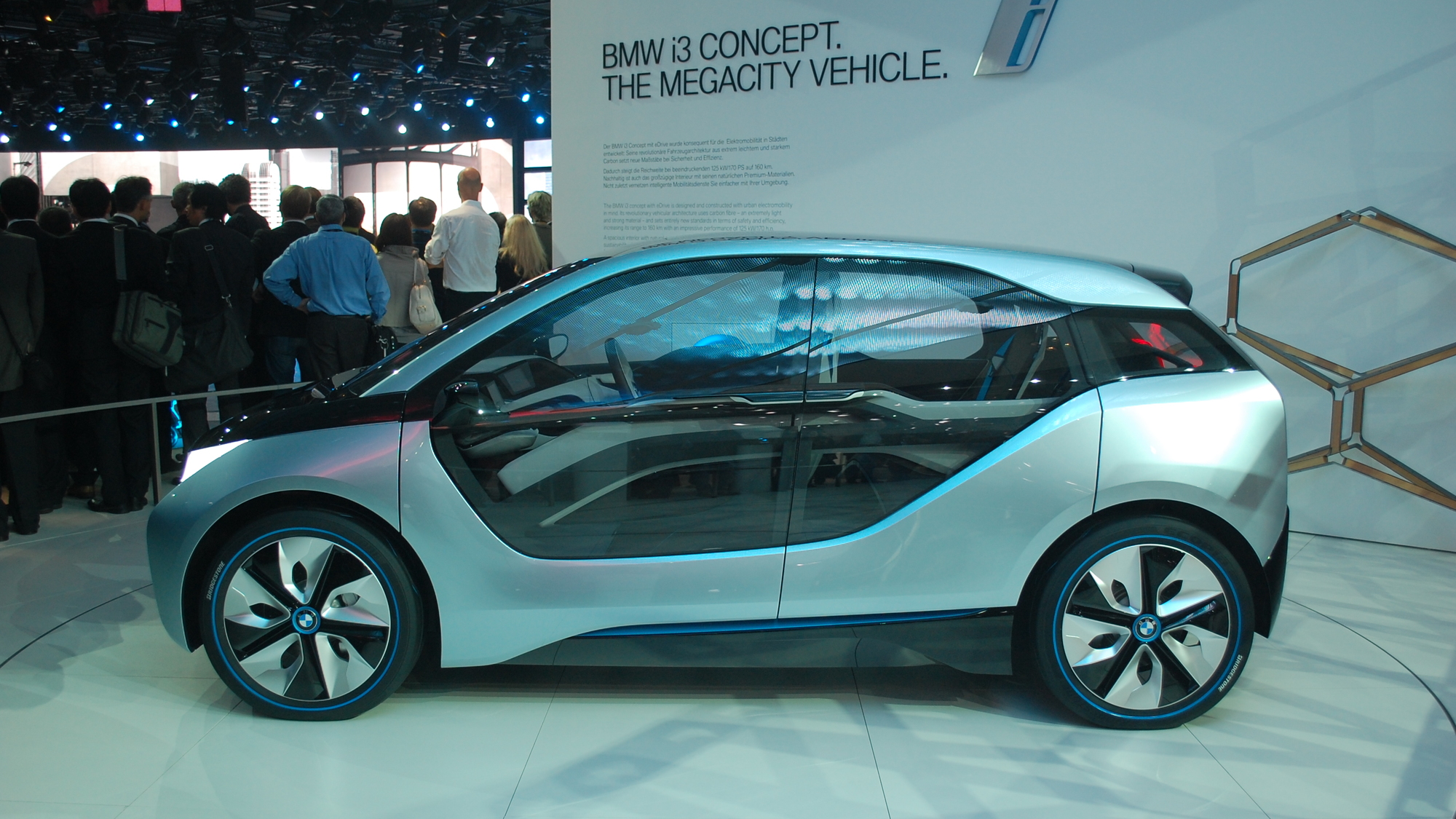 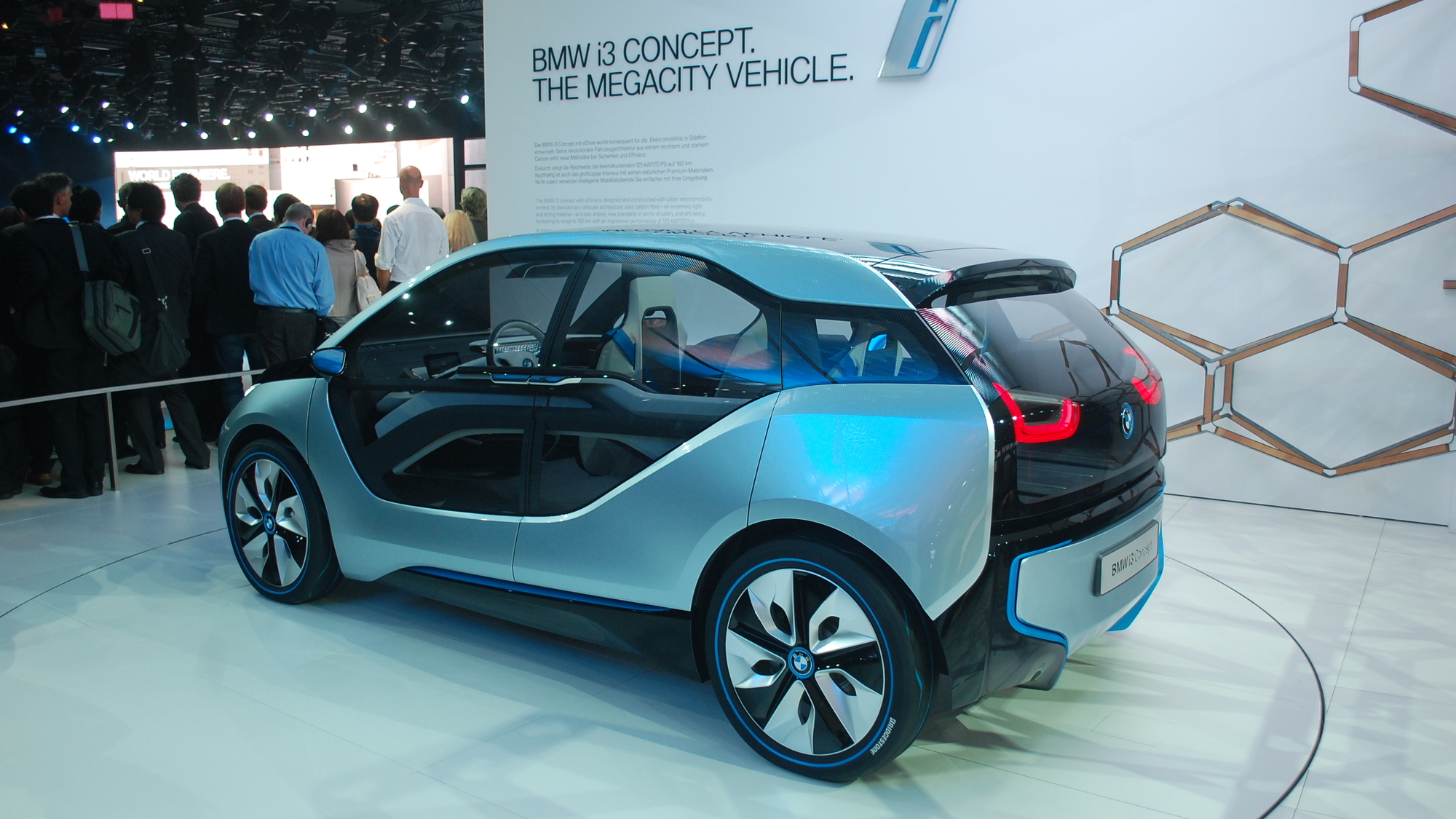 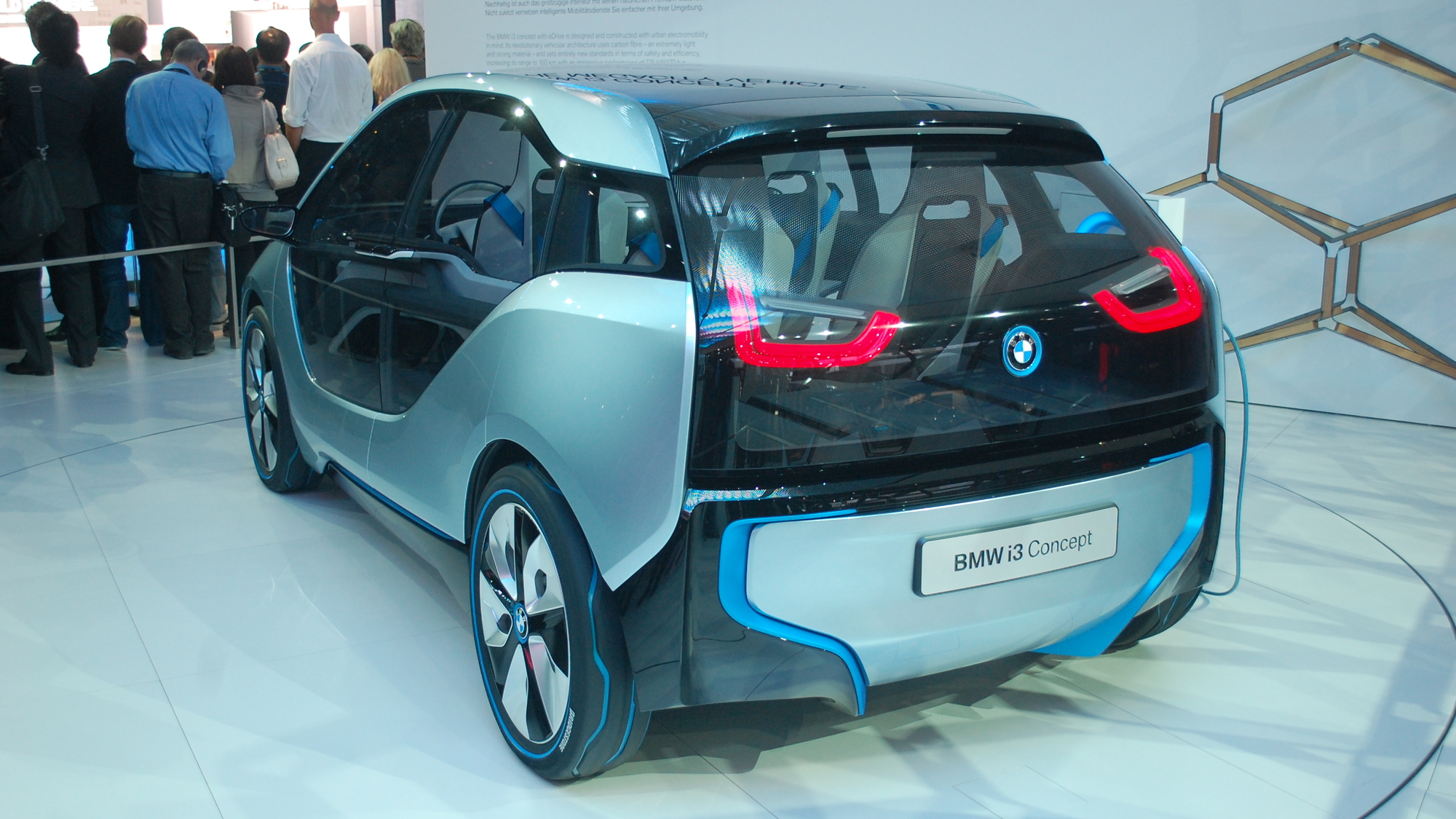 The BMW i3's bigger brother the i8 may get all the attention from sports car fans, but as the smaller and more practical of the "i" range the i3 could be considered the more relevant of the two.

We were at the 2011 Frankfurt Auto Show ready to capture both i-cars in all their glory. You can find the 2014 BMW i8's live photo gallery by clicking here, but stick on this page for more on the i3

Think compact, rear-engined city car and the Smart Fortwo might be the first vehicle to come to mind, but the i3 is both bigger (offering four seats) and even more high-tech.

It uses a carbon chassis to help reduce weight, an important factor for improving the range of an electric vehicle. For even greater range, BMW announced back in July that the i3 would have a range-extending engine option - a twin-cylinder, roughly 600cc unit.

On either model, performance is more than adequate. BMW claims 7.9 seconds for the 0-62 mph dash, and a top speed limited to 93 mph, which should be more than enough for city work.

Inside, the i3 gets front and rear bench seating and the whole cabin is light and airy thanks to the large glass doors - features that probably won't reach production for safety reasons.

There are no set dates for sale as of yet, but its expected to appear in 2013 as a 2013 model. In the meantime, you can check out our live photos from the 2011 Frankfurt Auto Show below. For more Frankfurt show articles, click here.