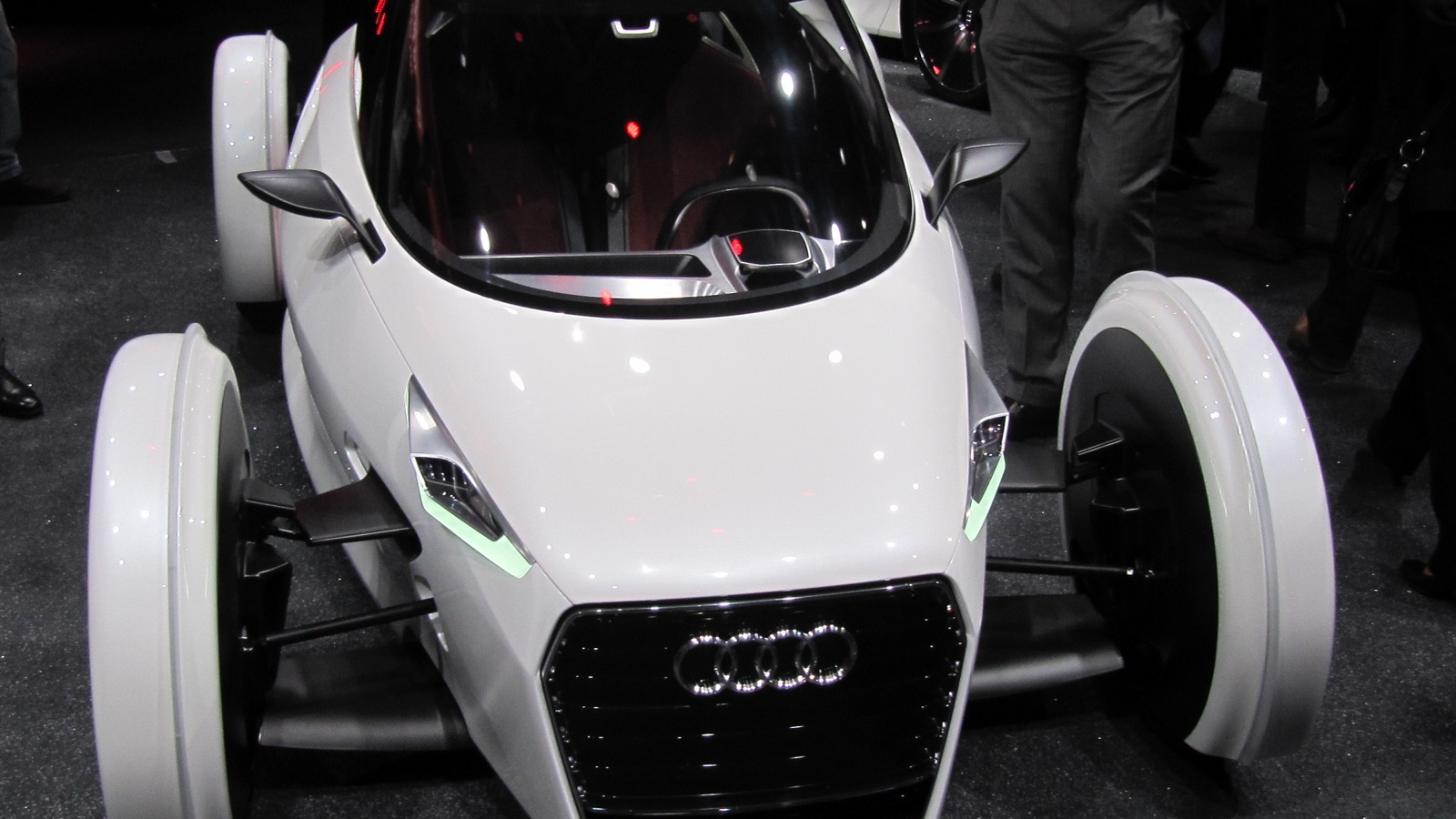 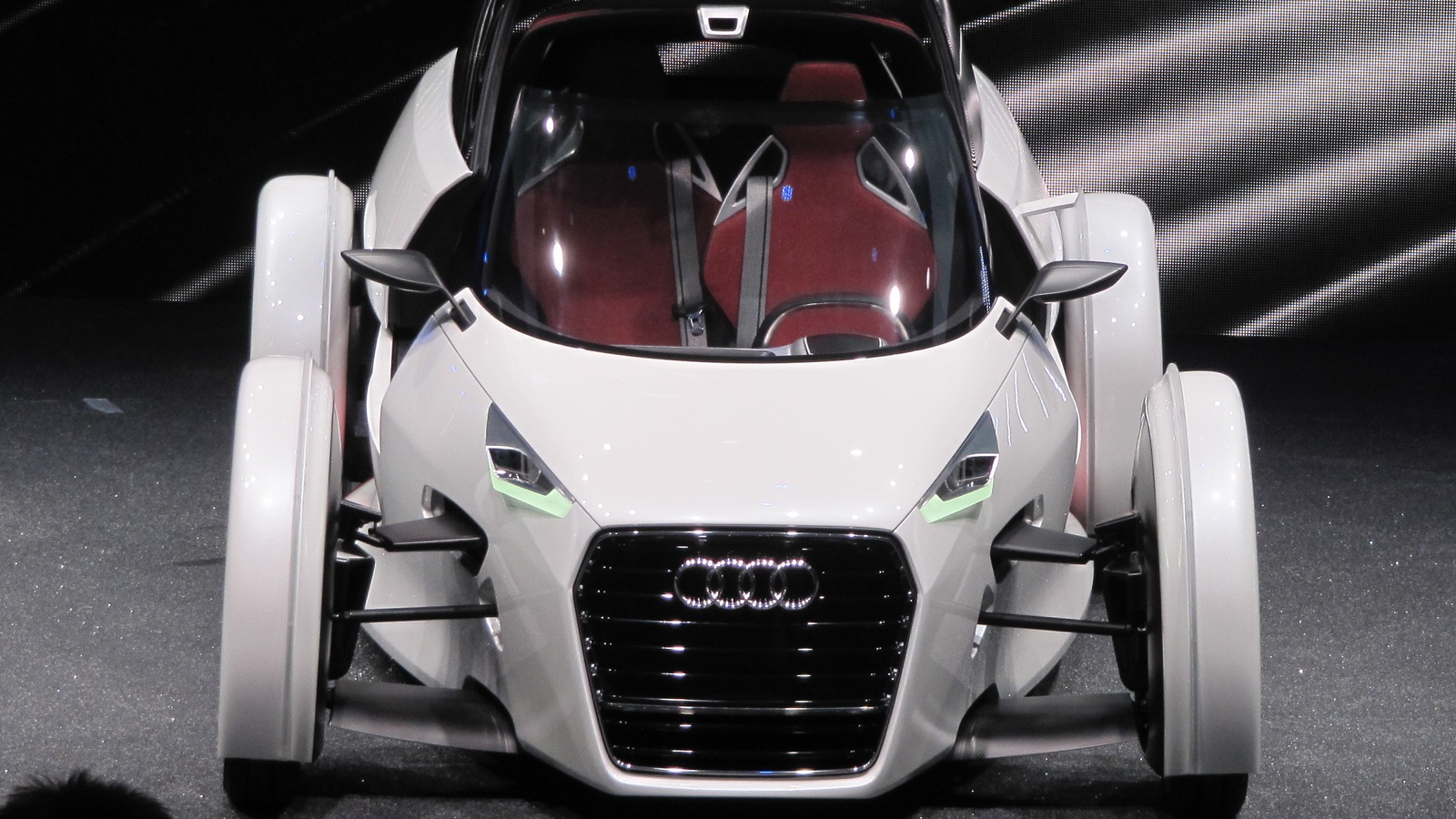 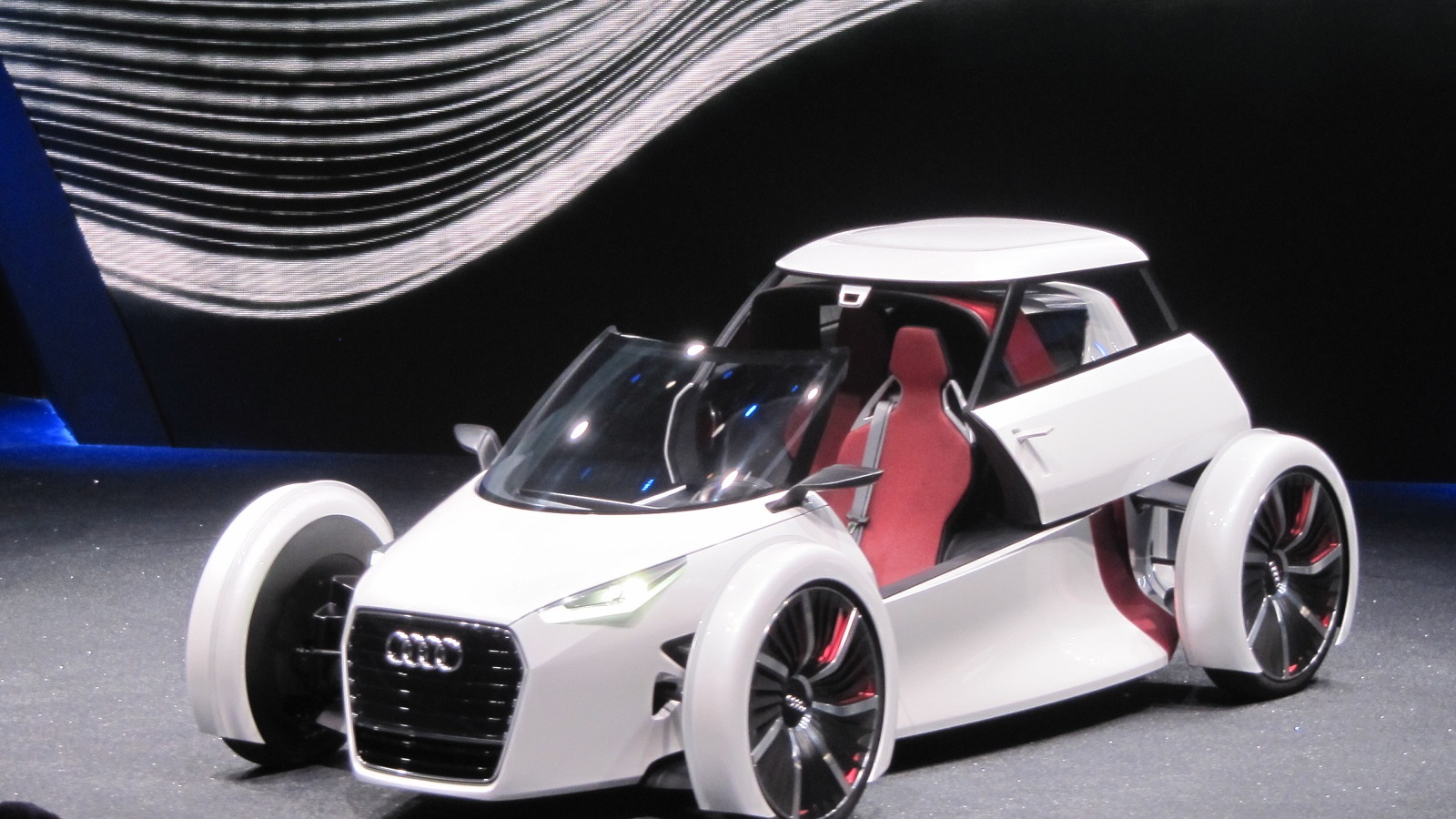 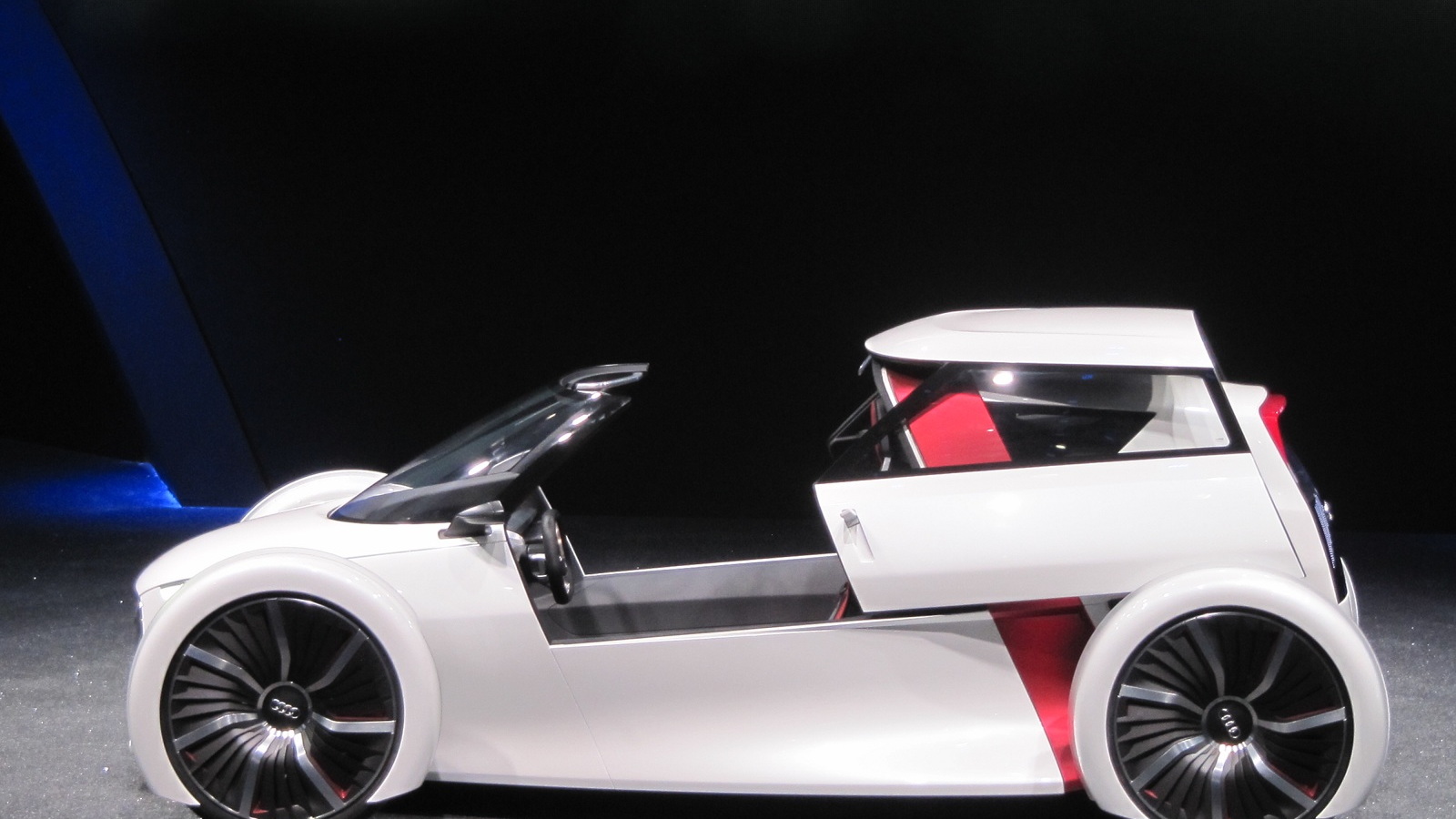 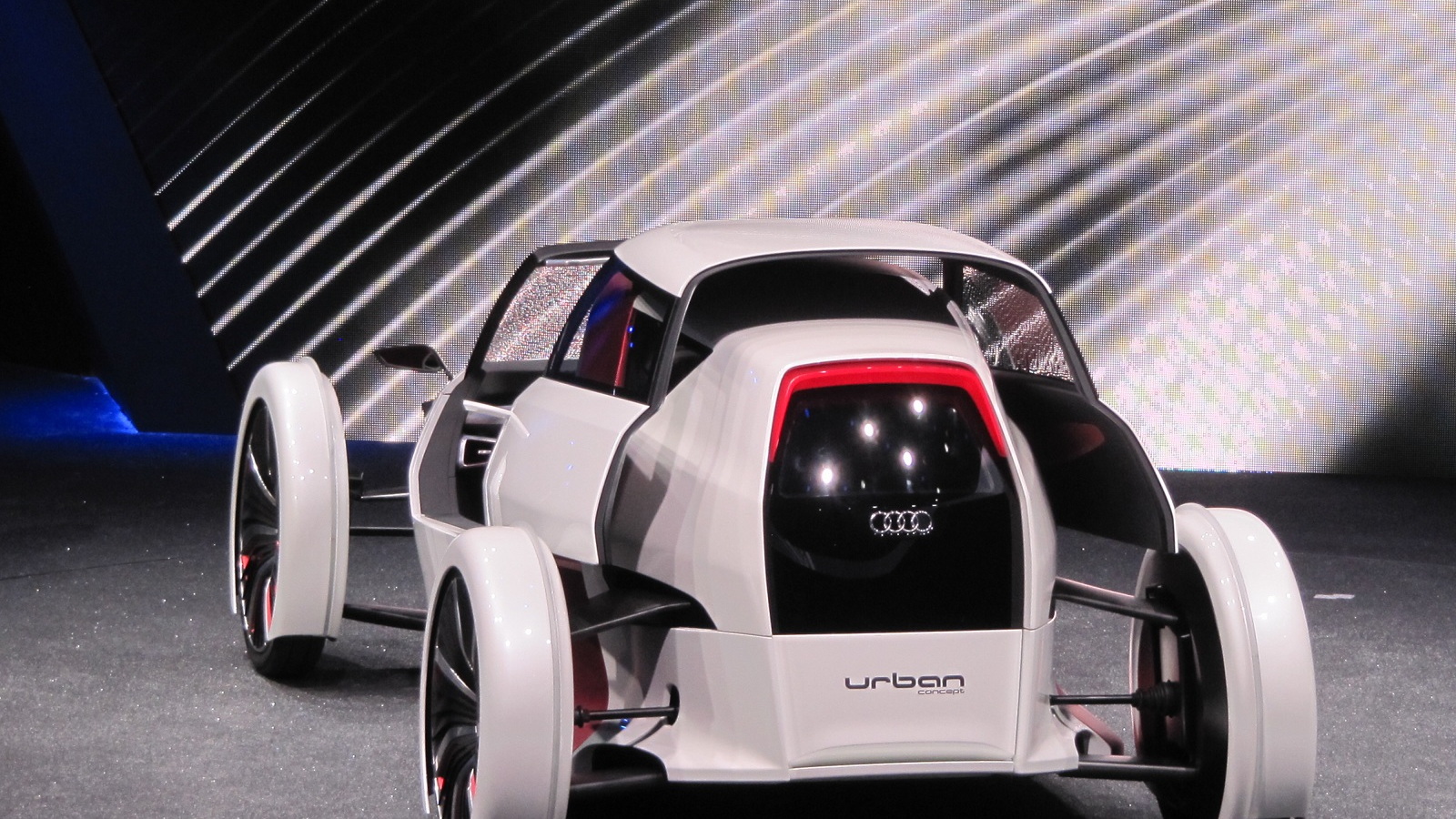 The 2011 Frankfurt Auto Show officially opens to the press tomorrow, but already the private parties and launch events have started.

One is a coupe, with a hatch over the cockpit that slides the roof and "doors" back over the rear of the car to allow two people to enter. The other is an open car with no top at all.

In both cases, the Urban Concept vehicles are electrically powered minimalist transportation; the weight is just 480 kilograms (1,060 pounds).

Each car has the seats staggered, with the passenger sitting slightly behind the driver to reduce the car's overall width.

Meanwhile, here's what it was like as Audi's chairman, Rupert Stadler, introduced the two Urban Concept cars (we've omitted the photos of Audi's parkour-lite dance troupe and its acrobat).