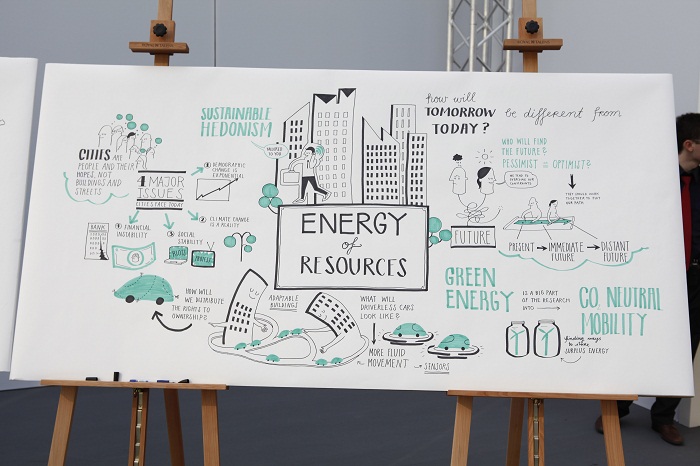 Put a group of urban planners, architects, and sociologists on a panel to discuss transportation in the cities of the future, and you may find they don’t spend much time talking about cars.

Instead, you get statements like, “The megacity of the future desires to be a generous knowledge partner to all elements of the transportation matrix.”

But despite some dense jargon, the Audi Urban Future Initiative seminar—held the day before last week’s Frankfurt Motor Show—highlighted issues that all car companies will face as they try to sell cars into new and growing global markets.

Its goal was to bring together a list of luminaries in separate fields for a day-long discussion on how we’ll live—and move around—in the new and increasingly urbanized century.

As Audi board chairman Rupert Staler said in his opening remarks, private space is a luxury in any city. If we project today’s trends into 2030, 1 square kilometer may house 5,000 to 10,000 people. The number of associated cars would increase from 1,000 to 1,200—making congestion, pollution, and parking problems even worse than they are today. 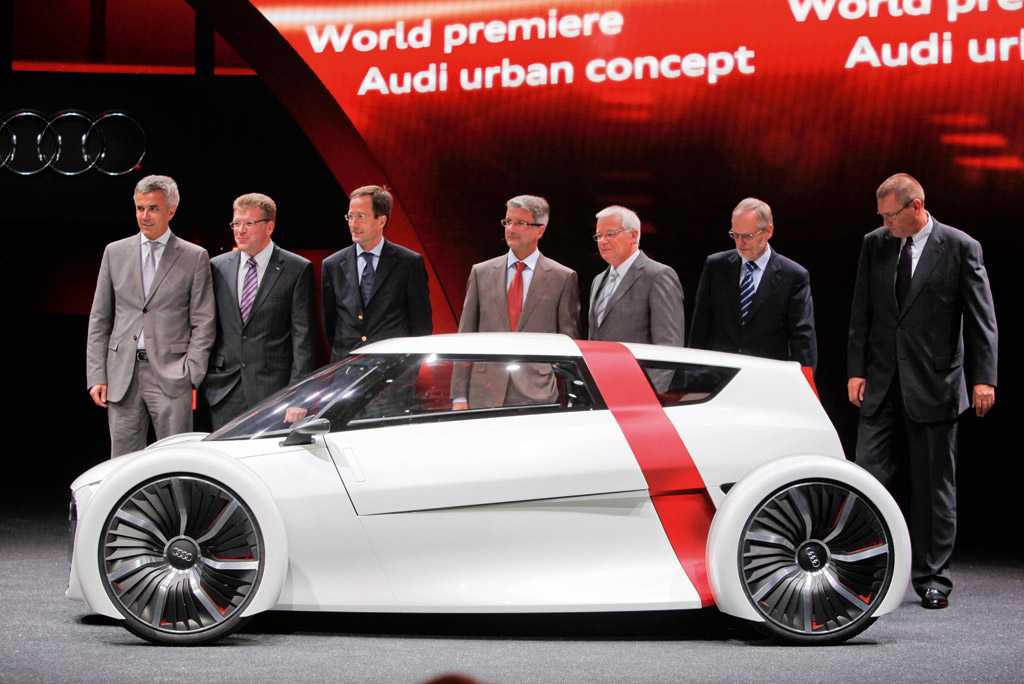 “If that’s the megacity of the future,” Stadler said, “I would not want to live there.” Instead, he asked, how can we “urbanize technology” to provide the “mobility of the future?”

Today, slightly more than half the world’s population lives in cities. As global population expands from 7 billion today to 8 or 9 billion over the next few decades, that percentage will grow to 70 percent.

The biggest areas of growth won’t be today’s established cities—New York, London, Beijing, Tokyo, Rio de Janiero—but “megacities” of 10 million or more residents. Those include not only today’s Sao Paulo, Lagos, and others, but up to a dozen in China that have yet to be built from the ground up.

In other words, there simply won’t be enough room for even a tiny fraction of those residents to own and store what we think of as “cars” today, even if they’re compacts or subcompacts.

Embedding the car in the matrix 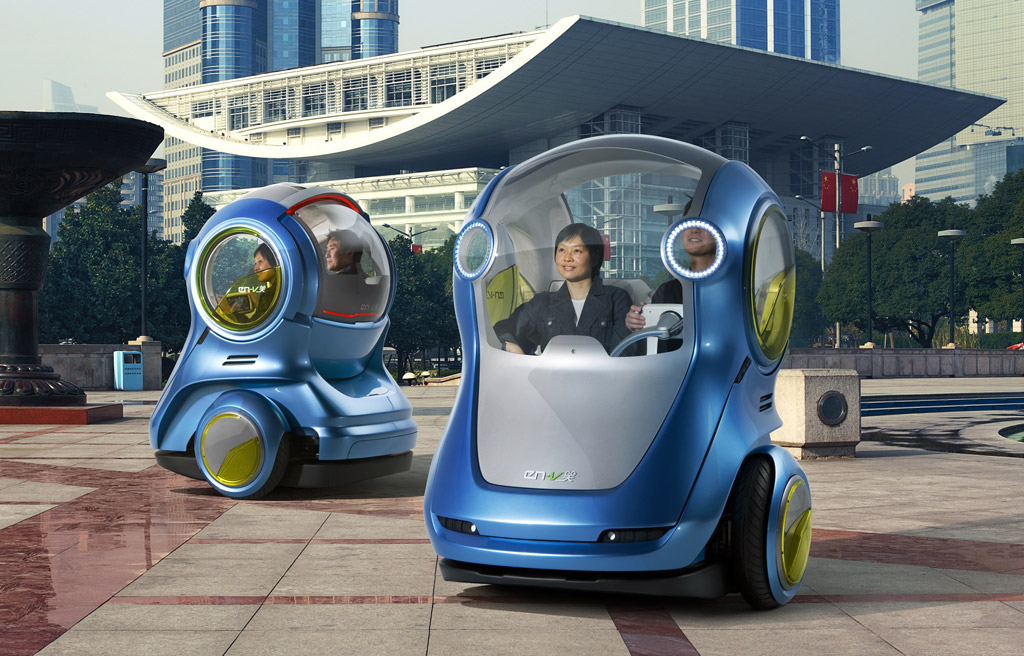 Despite some of the dense jargon that followed over the next six hours, a number of themes emerged that sketched out a vision for what we now call cars.

Our comments here include material from subsequent interviews with Ricky Hudi, Audi's chief executive engineer for electrics and electronics, as well as his associate Andreas Reich. They were able to provide more concrete examples of some of the theories discussed during the panels.

Real-time data is key. Cars will be connected to the Internet, the surrounding infrastructure, and each other. They will receive and transmit not only real-time congestion and weather data, but also information on nearby vehicle flows, road features—stop signs, traffic lights, merging lanes—and even be able to pre-reserve an empty parking space near their planned destination.

Autonomy will make driving easier and more convenient. It may start with cars that park themselves on special floors of parking garages once the driver gets out. Soon, limited forms of autonomous driving will let future drivers avoid the grim chore of piloting a vehicle in dense urban stop-and-go traffic. Sensors and control software can already recognize, react, and adjust to a car’s surroundings far quicker than human drivers with hard-wired reaction times can. 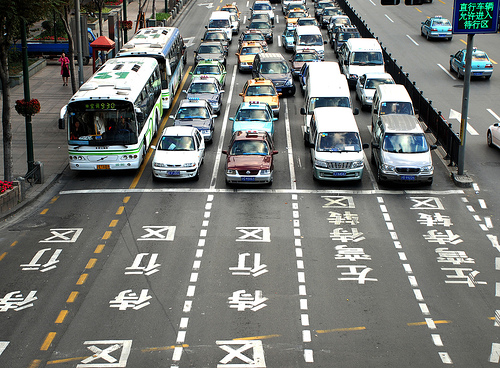 Throughput will increase. The only way to move more people faster through cities is to space cars more closely together and stop them as little as possible. With highly automated cars, “swarm behavior” is possible so vehicles can flow past each other with far tighter clearances. If conventional cars are entirely segregated, these new automated vehicles might occupy their own section of the road where stoplights aren’t necessary, the cars negotiating in real time to cross each others’ paths just inches away. It might be deeply unsettling to today’s drivers to blast through an intersection at 30 mph just 18 inches away from cross traffic, but perhaps to tomorrow’s passengers, it’ll be a facet of moving around that’s hardly worth commenting on.

Searching for parking will be a thing of the past. Like Tokyo today, where you’re only allowed to register a car if you have an off-street space in which to keep it, future cities will work hard to eliminate the wasteful and time-consuming chore of cruising around looking for a place to park. Pre-reserved spaces and garages where cars will park themselves will become common. Garage owners will love it: Self-parking cars don’t need to be separated to leave space for opening doors, so many more of them will fit into any given square footage—which means more revenue.

Electric drive is assumed. Cities by their nature are greener places to live than larger suburban homes that require motor vehicles for every kind of transport. To continue reducing vehicle emissions and carbon output, many cities are likely to impose or incentivize zero-emission vehicle cordons, so that only non-emitting vehicles may enter dense urban cores. Or perhaps vehicles with higher emissions will pay more for licenses, taxes, and entry fees, as the U.K. already does. But Stadler called electric cars indispensable “guarantees of mobility for the future” and “a permanent fixture” in future cities, connected to the information grid and using drive-by-wire technologies.

Car usage won’t necessarily mean ownership. For city dwellers who only occasionally use a vehicle, refined versions of car-sharing services paid by the mile may offer access to a car without the need to keep it on hand. On this issue, Stadler said emphatically that Audi believed current car-sharing models were not the future—and that shared ownership would differ from city to city. “Munich will not be the same as New York, which will differ from Mumbai.”

So does this all sound futuristic? Of course it does; that was one of the goals of the exercise. 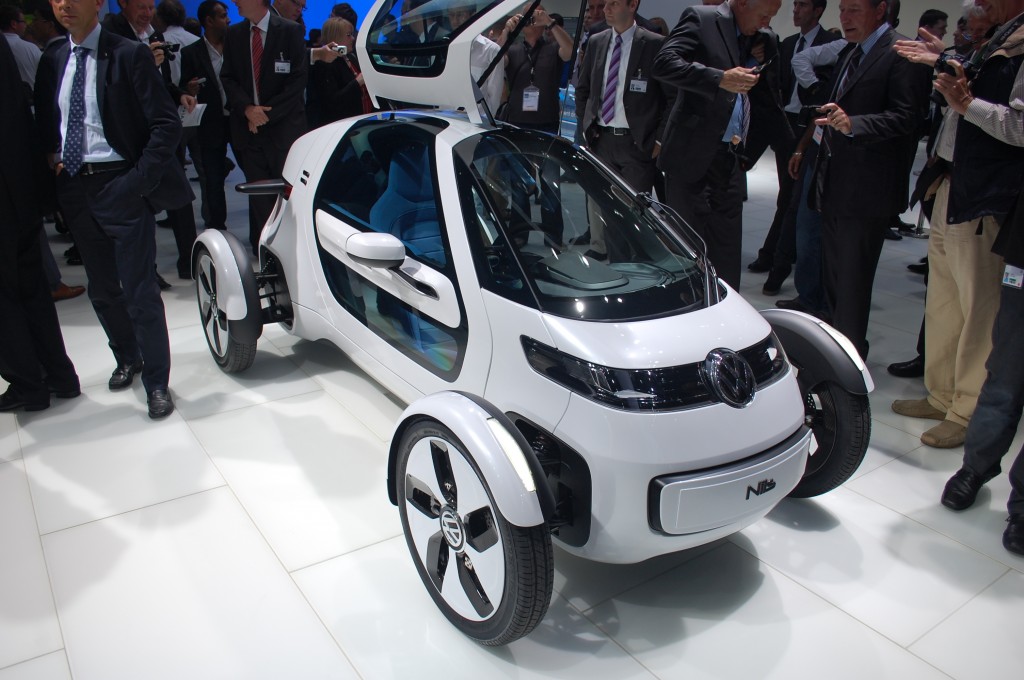 But the panelists were more or less united in their conviction that the current model for a car—a metal object occupying a footprint of 70 square feet or more, weighing more than 1 ton, and emitting exhaust fumes while being piloted by increasing distracted humans with fixed reaction times—was not sustainable if the world’s vehicle population doubles or more from its current level of 1 billion.

Carmakers all over the world are working on prototypes for smaller, lighter, electric vehicles—most with only two seats—and they’re starting to show them in public.

The most radical is likely the General Motors EN-V, a pod with just two wheels that’s kept upright using Segway technology and occupies a much smaller footprint than other makers’ prototypes. GM is reportedly in discussions to build a prototype EN-V installation in one or more Asian cities, as well as perhaps a large planned community in the southern U.S. 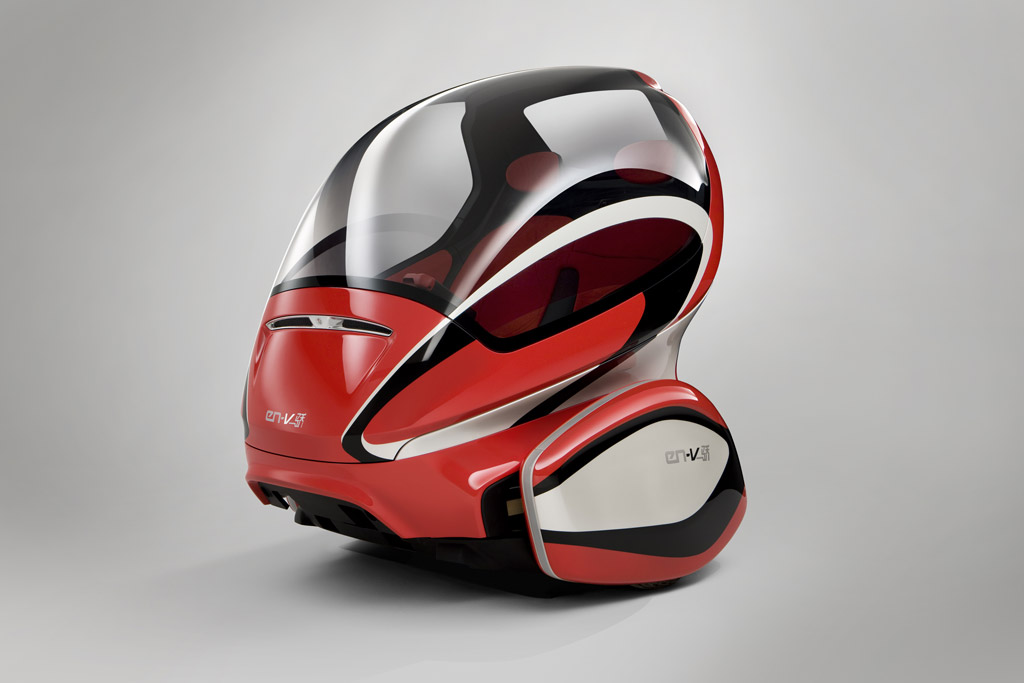 Just at the Frankfurt show, the following electric vehicles (with both two and four seats) were shown, spanning the gamut from prototypes to production-intent models:

Global car companies are deeply aware that their products will evolve quickly from mute, uncommunicative machines to highly intensive mobile computing devices that happen to carry humans over the next few decades.

Oh, one more thing: For those readers in North America, don’t worry. Much of this doesn’t apply to you.

The North American market has the highest ratio of vehicles to people in the world, and over the long term, it’s virtually static—a replacement market only. Carmakers will compete hard to keep or gain market share, but it’s almost a zero-sum game.

Nor is the U.S. likely to acquire any megacities of 10 million people. Even New York City is projected to grow only from 8 to 9 million people—and its way of life (mass transit, dense neighborhoods, small apartments) apparently horrifies many Americans, with those in the auto industry finding it especially repugnant.

So cars sold in the U.S. may acquire electric drive, get connected to the information grid, offer some autonomy, and so forth. But in the end, the panel, the discussion, and much of the attendees’ energy at the seminar was focused on the newest and most promising cities and car  markets.

You can probably guess where the biggest ones are: China.

So tell us what you think: If you could get access to an electrically powered two-seat vehicle (of whatever shape) you could program to take you to your destination and park itself, would you use that rather than your current car?