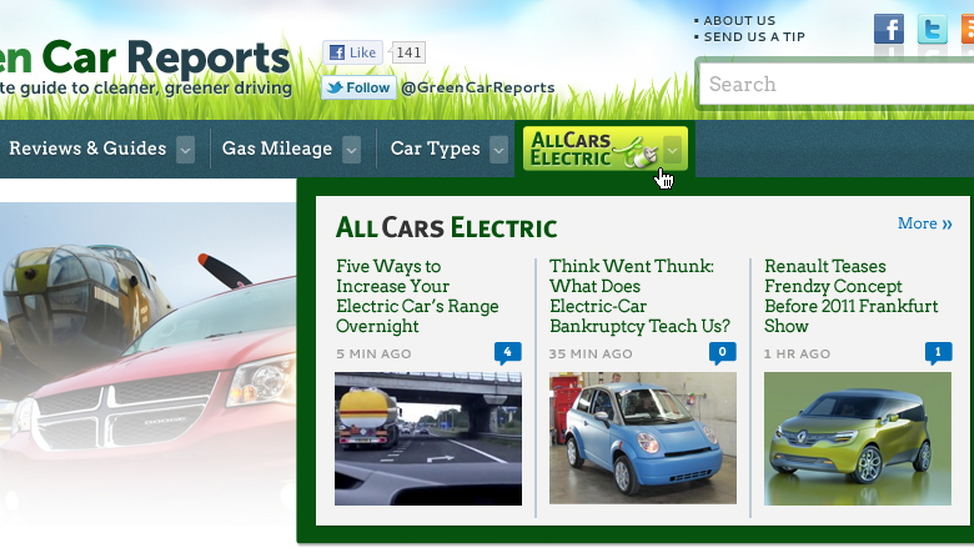 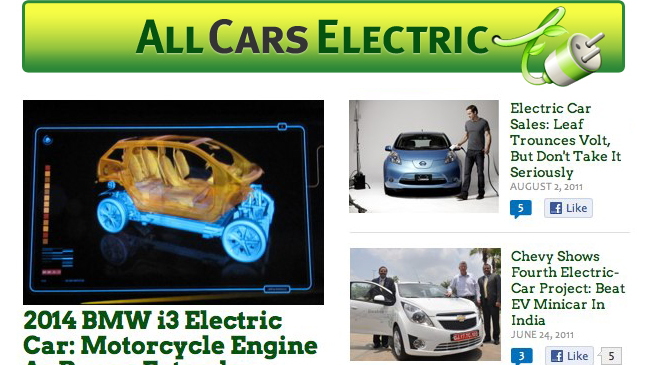 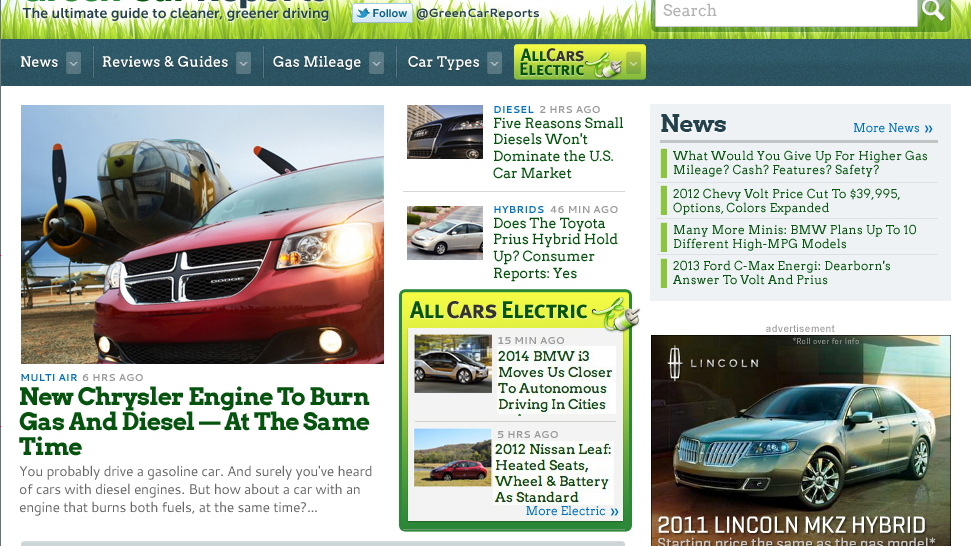 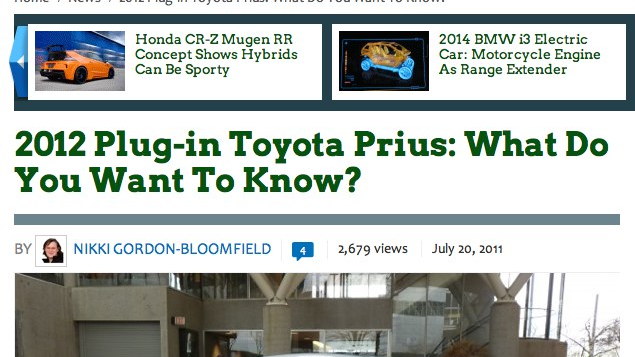 Now we're pleased to announce that next week, the two sites will become a single destination, adding heft, expertise, and depth to our coverage of plug-in electric cars on a totally redesigned Green Car Reports.

For dedicated ACE readers, there'll be a section of Green Car Reports with nothing but electric-car news.

For the rest of us, coverage of plug-in and electric cars will be titled "All Cars Electric" and easily findable within the new navigation.

All Cars Electric was started more than two years ago by Lyle Dennis. He had earlier founded GM-Volt.com, a site for early enthusiasts of the 2011 Chevrolet Volt extended-range electric car.

Dennis has moved on from both sites, but his work in setting up All Cars Electric brought together a huge base of dedicated electric-car advocates and followers.

Now that plug-in cars are on sale at dealerships in many regions of the U.S., with many more models to come, the staff on both sites decided a merger made sense.

Electric cars are now a part of the automotive mainstream--despite the naysayers, whose misapprehensions we'll continue to critique and correct--and it's time that they joined the broader spectrum of green-car coverage.

At Green Car Reports, we're honored and excited to join with our colleagues from All Cars Electric in expanding our joint coverage. We're especially pleased to have Nikki Gordon-Bloomfield, who's been lead writer for ACE, coming under the GCR banner.

We welcome your feedback on this upcoming partnership, and we encourage you to visit All Cars Electric if you haven't done so already.