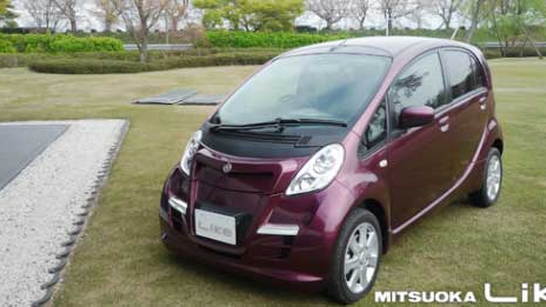 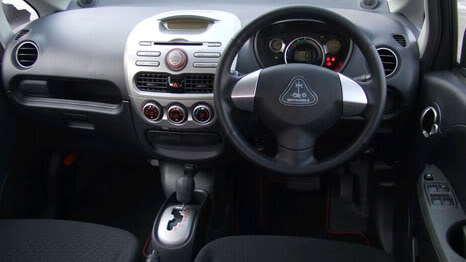 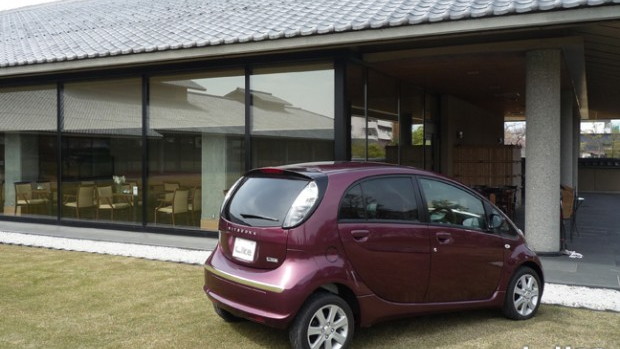 If it ever really needed to be said, Japanese car tastes can be... "alternative", to put it in polite terms. As well as their Kei-Jidosha class of city cars that are absolutely miniscule compared to U.S. monsters, the country has produced some fairly crazy production cars over the years.

That trend seems to be continuing into the production of electric cars, too.

First to come out from the shade of Mount Fuji is the Mitsuoka Like, though personally we'd put it back in the shade so we don't have to spend too much time looking at it.

Even the uninitiated of course will spot the resemblance to Mitsubishi's 'i' electric car, formerly and confusingly known as the i-MiEV, which in turn is based on a gasoline model which again is known as the 'i' throughout other markets - all of whom will still call the EV version the i-MiEV...

Mitsuoka simplify the process and give it a suitably wacky and provocative name, the 'Like', which immediately invites all sorts of comments depending on whether you actually do 'Like' it or not. Worse than the name though is Mitsuoka's treatment of the hood, which we can only assume has been based on The Karate Kid character Mr Miyagi's facial hair. The rest of the exterior has mercifully been spared, and the interior remains unchanged over the standard Mitsubishi.

Considerably less pronouncable but arguably much cooler is a vintage-styled one-seater electric car called the Miluira, from Japanese company Takayanagi.

The tiny EV features a tube frame chassis, wide fenders, an ornate grille at the front and thin, retro-styled wheels and tires, the spare of which is mounted on the back of the car. With the 1920s styling though you also get 1920s technology and performance. Rather than the lightweight and powerful lithium-ion batteries used in many modern EVs, the Miluria makes do with four lead-acid batteries, mounted out of view under the quilted leather armchair.

As you can imagine, with old battery technology and such a tiny frame, the vehicle isn't a performance machine. Top speed is 37 miles per hour and it has a range of only 22 miles, making it strictly a Neighborhood Electric Vehicle (NEV). Of course, with no windscreen (nor indeed much of anything else) you wouldn't want to take it on a highway anyway, and who wants to travel quickly in something this cool? It's a vehicle in which to be seen.

One aspect that certainly isn't 1920s though is the price. At $75,000, you'd have to be as mad and wealthy as Toad of Toad Hall to buy one when you can get a 2011 Nissan Leaf for $25,000 after incentives, and the Nissan won't result in you taking an impromptu shower should you be caught in a rain storm.

If you are rich and crazy enough, there's unfortunately no word as to whether you'll be able to buy one in the U.S. No doubt if you're spending 75 grand on a vehicle with little performance or range though, you're unlikely to baulk at the cost of importing one and using it exclusively to travel between your kitchen and lounge...