The 16-kilowatt-hour battery pack, containing 220 lithium-ion cells made by Korea's LG Chem, will be assembled in a 160,000-square-foot factory in Brownstown Township, Michigan, newly renovated at a cost of $266 million.

That plant will be the first in the U.S. in which a major carmaker assembles lithium-ion packs. Almost all current hybrid vehicles use nickel-metal-hydride cells, which contain less energy than the lithium cells. 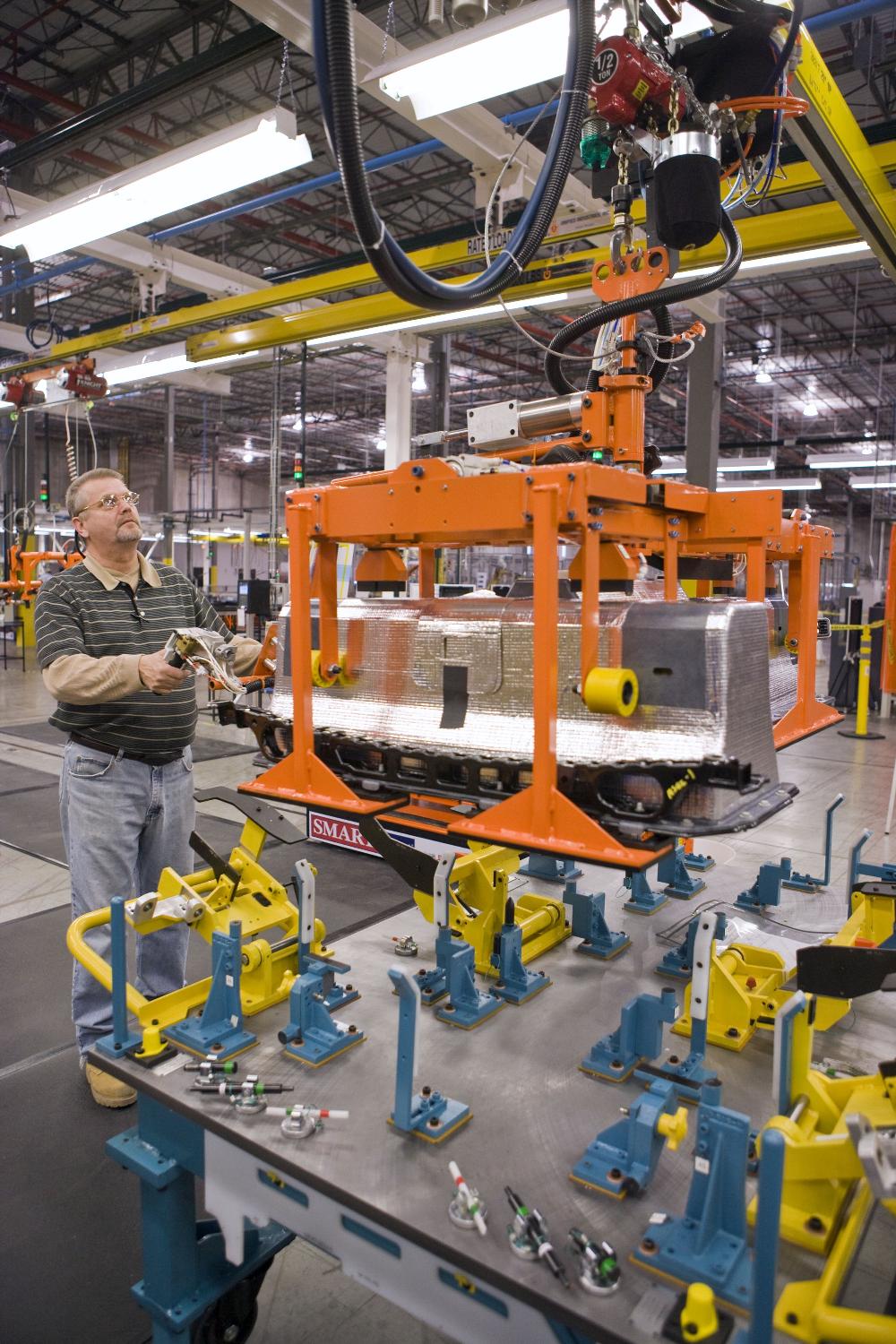 The common theme of the speeches was a keen awareness that the U.S. lags other nations in its ability to design and manufacture battery cells, packs, and control systems.

At the moment, more than 90 percent of the advanced batteries in U.S.-made cars are manufactured in Japan. Energy secretary Chu called the Brownstown facility the first effort to "recapture the technology lead we have lost, and become the world leader in clean vehicles."

Industry analyst Lux Research has predicted that globally, those batteries will represent a $60 billion industry before 2015. The government of China has targeted electric vehicles as a major investment priority, and is coordinating the country's automotive and battery industries' efforts toward that goal.

Chu noted that the economic recovery act contributed $106 million to the plant's cost. The U.S. government has committed $2.4 billion to advanced battery and electric vehicle projects, Chu expects "30 new plants like this one" to be built within a few years.

President Obama pledged during his campaign to put 1 million plug-in vehicles on U.S. roads by 2015--which many analysts see as a stretch.

The pack was originally designed by Compact Power Inc. (CPI), which GM selected after a bakeoff between two teams: CPI and LG Chem, and Germany's Continental, whose design used A123's lithium cells. After assembling roughly 300 packs, CPI handed the designs and assembly off to GM.

Design and assembly of battery packs for electric-drive cars is expected over time to become a major part of the automotive industry. The state of Michigan, whose economy has been decimated by decades of contraction among U.S. carmakers, has fought hard to get that work. Governor Granholm called the plant "a huge deal" for the embattled state.