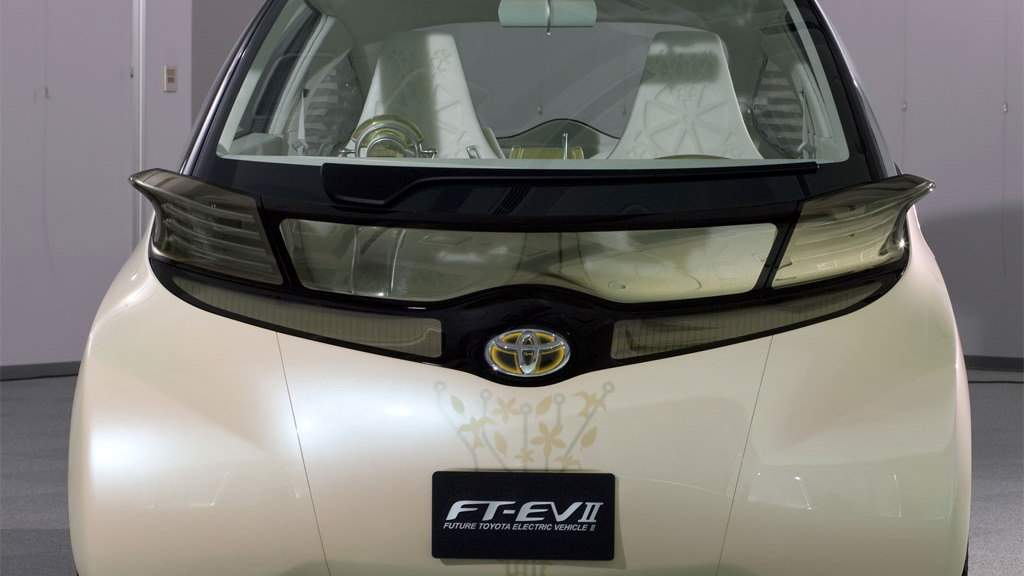 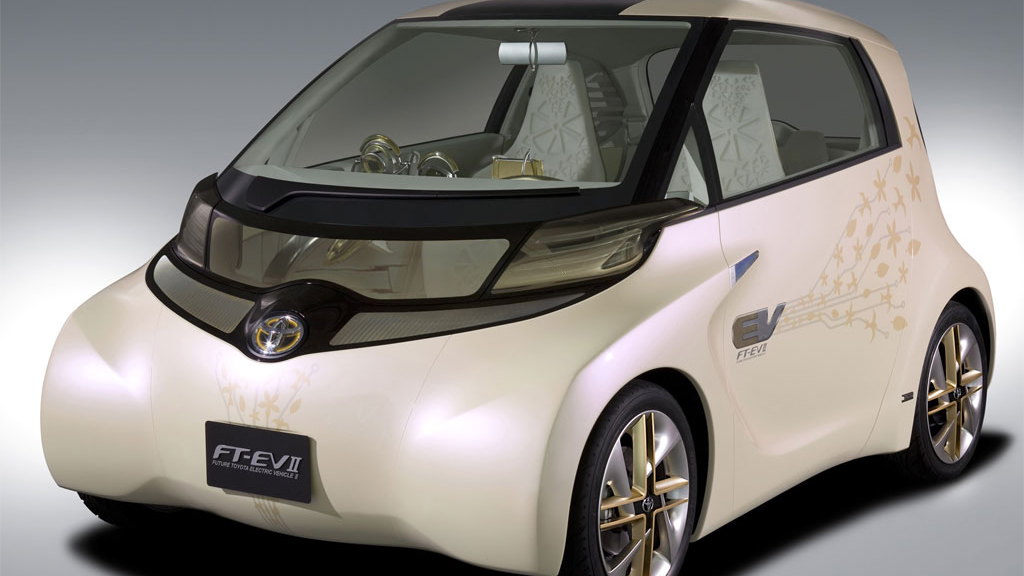 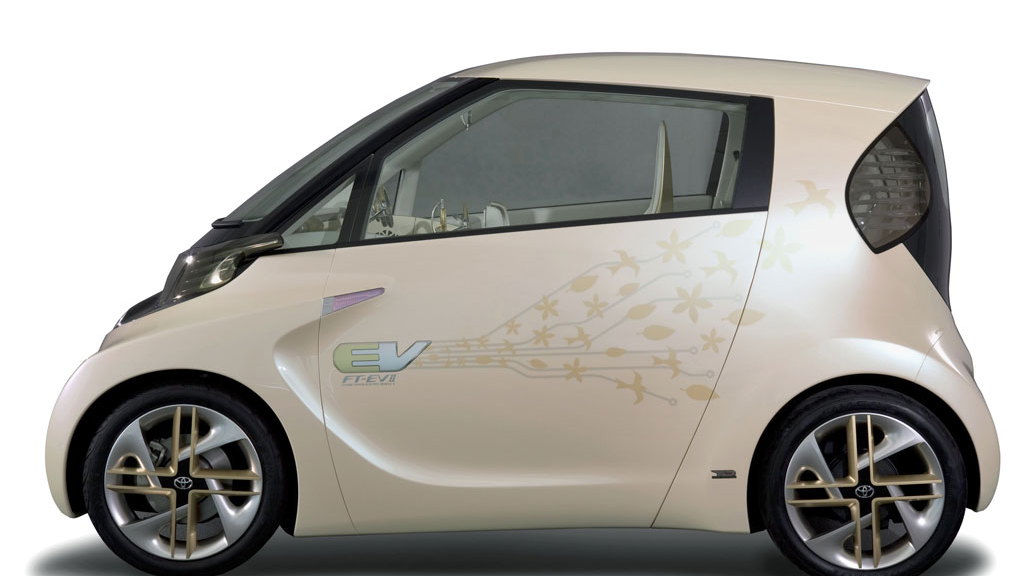 It hasn't been a great year for Toyota in the U.S., with a recall of 3.8 million vehicles for possible floor-mat hazards and a dire shortage of 2010 Prius hybrid models.

So we were delighted to see the Toyota FT-EV II electric car concept for the upcoming Tokyo Motor Show, to prove that the company still has its wack intact.  Would you believe a steampunk inspired interior minus such basics as, oh, a steering wheel?

From Scion iQ, to Detroit FT-EV, to Tokyo

The FT-EV II concept is the latest of several Toyota electric cars based on its iQ mini-car, which will go on sale in the U.S. as the 2011 Scion iQ by the end of next year.

In January, Toyota showed the first generation of the FT-EV at the Detroit Auto Show, complete with glittery gold exterior patterns. That concept car, however, had a far more conventional interior.

The new version has no steering wheel or pedals, replacing them with instruments, displays, and controls that position the car as another node within the world's always-on digital information network. The FT-EV II is designed to collaborate with information services that go well beyond today's GPS navigation offerings and infotainment systems.

The car might, for example, recommend music, movies, and other content based on what it knows about the preferences of the driver and passengers. It remains connected to the Internet whenever it is switched on, and connects to its users' home networks to download data on its operations.

A digital device that happens to have wheels

The FT-EV II may offer one model for limited range urban vehicles that one day will communicate amongst themselves, and with infrastructure such as traffic lights and road sensors, to provide limited autonomous driving. Which should allow today's youngest drivers to give up the tedium of actually, you know, driving so they can spend more time texting.

The lithium-ion battery pack provides up to 50 miles on a full charge, at speeds that top out around 60 miles per hour.

Toyota admits this makes the FT-EV II more suited to Tokyo traffic than U.S. exurban sprawl, saying it is "primarily designed for short-distance travel, and is positioned as a commuter vehicle for urban use."

The retro-futurism of Vibrant Clarity, OK?

And the style? Toyota calls it the “Vibrant Clarity” design theme, though the "retro-futuristic" look of the instruments and controls reminds us of nothing so much as the best of steampunk style.

Not familiar with the steampunk esthetic, which posits the evolution Victorian and Edwardian pre-electric technology into the modern day? First, check the SteampunkKamaro over at Steampunk Workshop. Then dive into Wikipedia's thorough "steampunk" entry.

And this, parenthetically, is why we love the Japanese despite the sometimes soulless nature of some of that country's cars.

What other nation could bring us the manga smile of the 2010 Mazda3, the brain-bending blend of Lolita little-girl ruffles with Goth gore called Loligoth in the street fashion world of cosplay (short for "costume roleplay") ... and a Victorian inflected, Internet connected urban electric car for the new century?