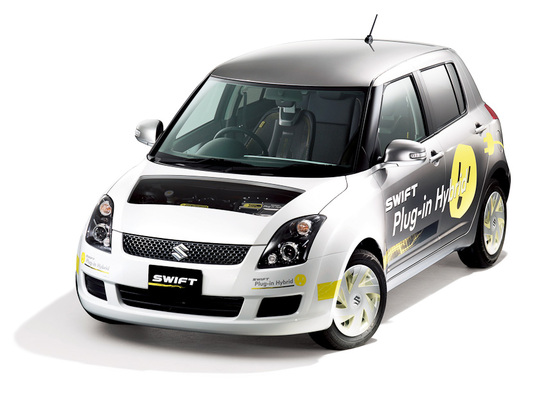 Suzuki says that their cars are as much fun as their bikes. Now they're trying to make one model just as fuel efficient. The Japanese automaker plans to unveil a plug-in hybrid version of the Swift hatchback at the upcoming Tokyo Motor Show.

Suzuki's subcompact already has a loyal following in Europe, Japan and India where it competes with other diminutive, sporty vehicles like the Mini Cooper. A plug-in hybrid version could add to the allure of an affordable, fun to drive car. The concept will feature lithium-ion batteries placed under the center console where the transmission tunnel would be on a traditional car.

There has been speculation for several years that the Swift would eventually return to the U.S. market, but as of yet, it's not here. If it does cross the pond, we hope a plug-in hybrid version comes with it.