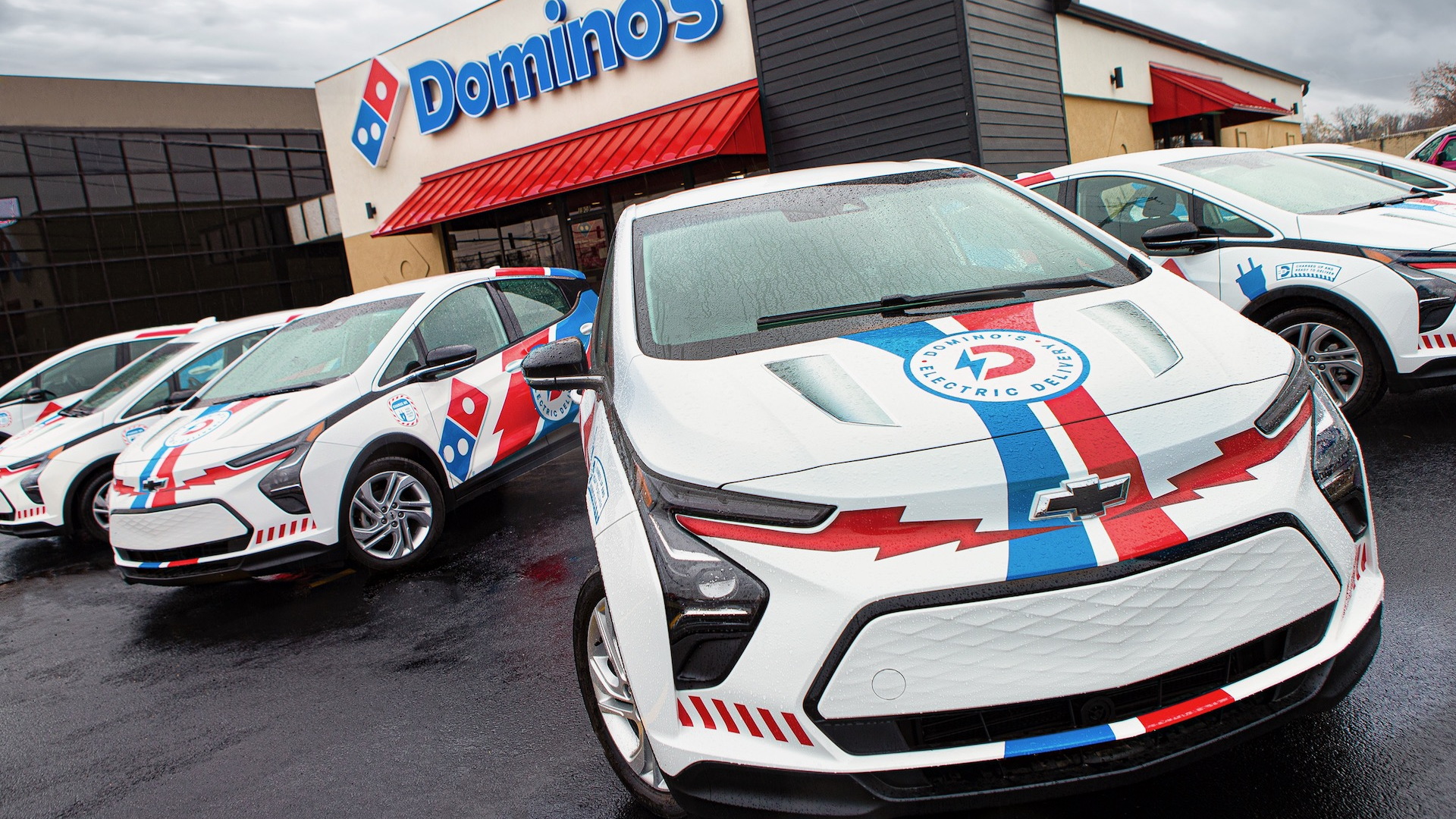 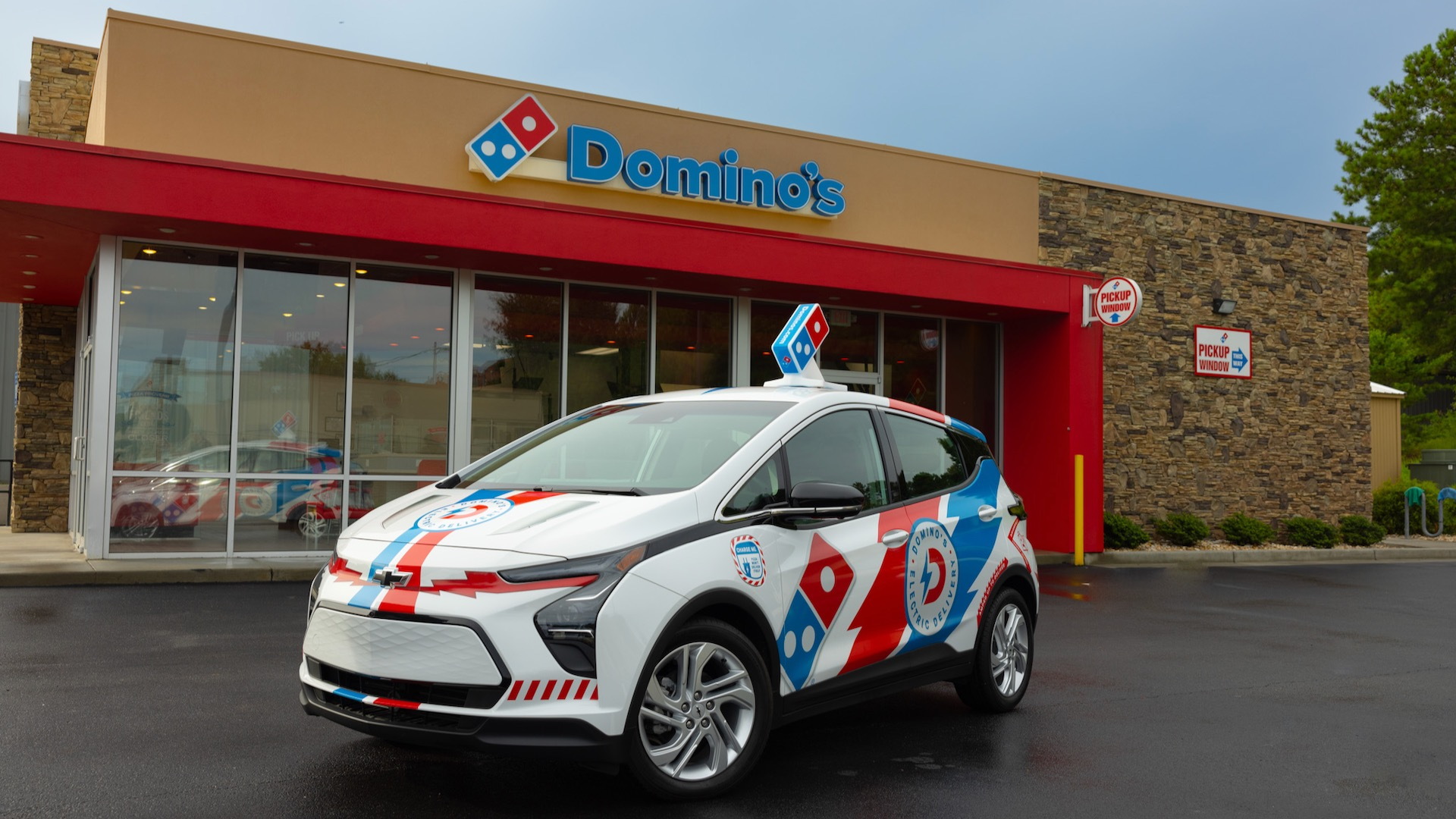 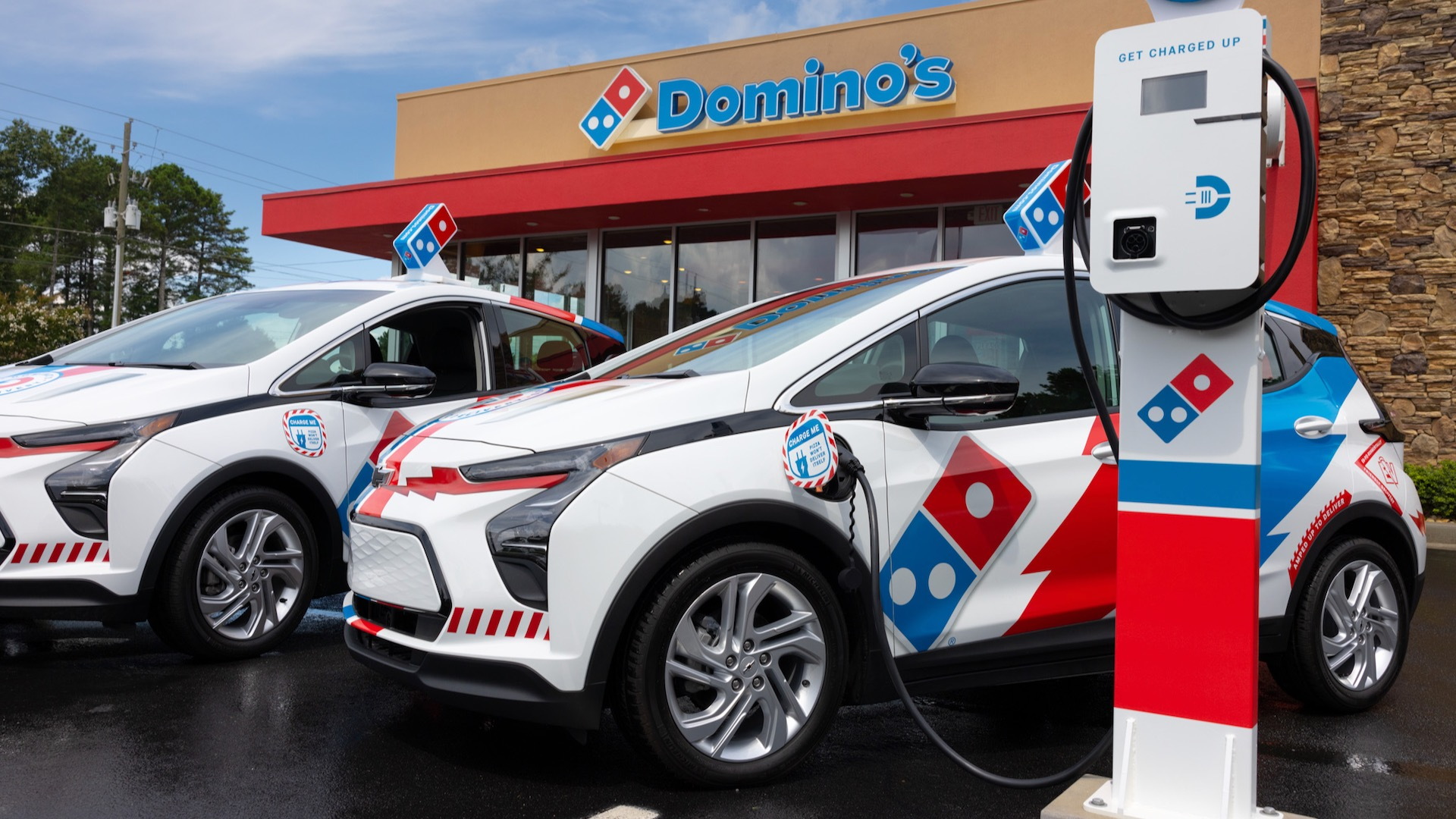 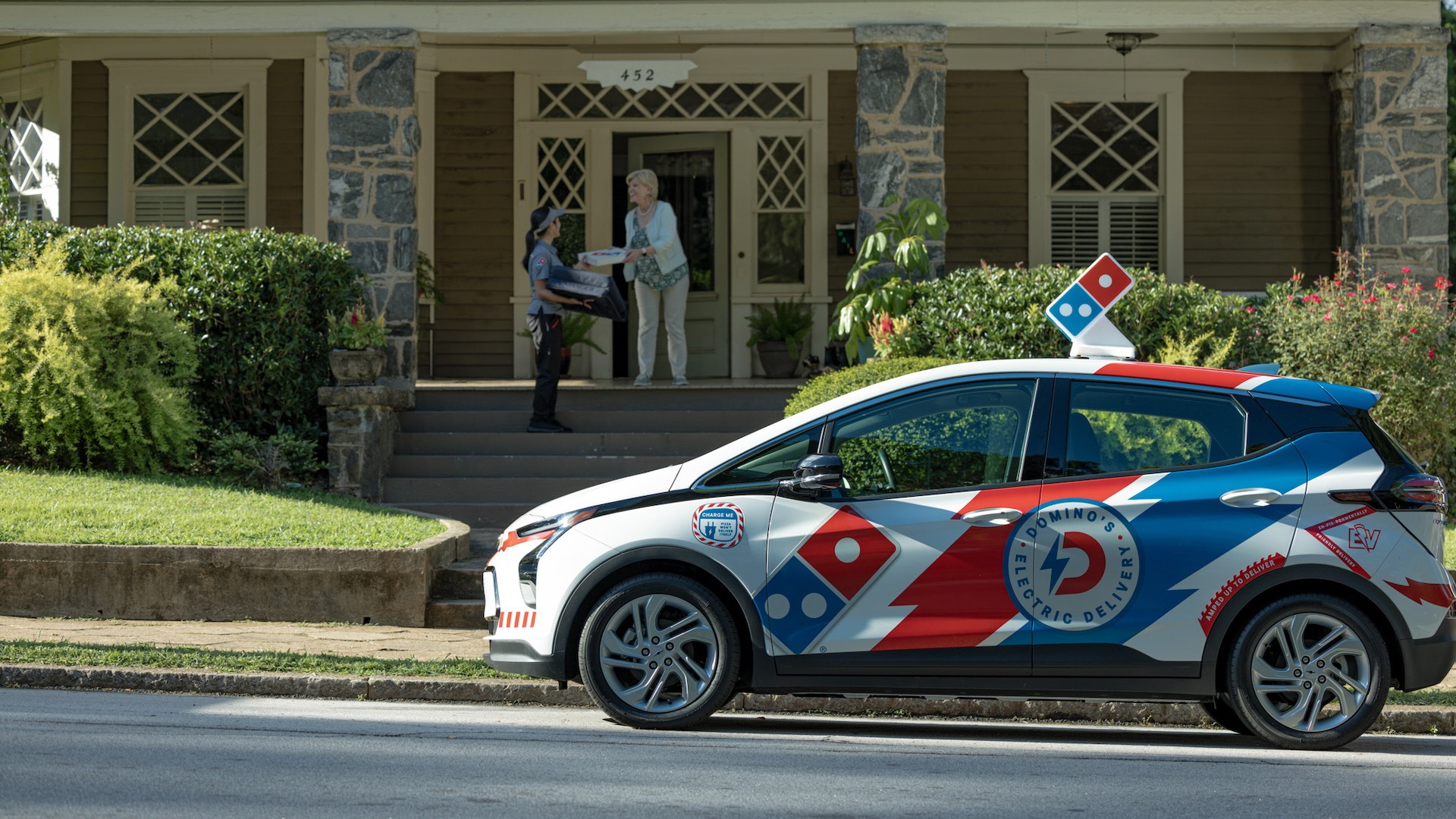 Domino's is rolling out a nationwide fleet of 855 Chevrolet Bolt EV pizza delivery cars, with the first 100 vehicles scheduled to arrive later this month.

Wearing a lightning-bolt-infused Domino's livery, those initial 2023 Chevrolet Bolt EV hatchbacks will be followed by 700 more "in the coming months," Domino's said in a press release. The company plans to have the entire fleet deployed by the end of the 2023 calendar year, but in the meantime customers can track how many cars are deployed in each state with an online map.

The electric delivery vehicles, which will be managed and maintained by Enterprise Fleet Management, are an initial step toward Domino's goal of achieving net-zero carbon emissions by 2050. The company believes the Bolt EV's 259-mile EPA-rated range will allow for "days of deliveries," while forming a corporate fleet that will allow it to recruit drivers who don't own cars.

This isn't the first time Domino's turned to Chevy for an electric pizza delivery vehicle. In 2015, it rolled out the DXP, which was essentially a Chevy Spark EV with a built-in pizza warmer. Domino's didn't mention any similar modifications to its Bolt EV fleet. Considering the $7,500 EV tax credit that Bolt EVs purchased this year will still get, plus its recent $6,000 price drop, it's the most affordable EV in the U.S. market.

Domino's has also invested in two-wheeled electric vehicles. It started using electric delivery scooters in some markets a decade ago, and in 2019 it rolled out a national program for e-bike deliveries. The company now claims to deliver with e-bikes and/or scooters in 24 international markets, including the U.S.