Delivering pizzas in big, aging passenger cars is the norm in many neighborhoods in the nation, and it’s wasteful. In most of those locales, there’s a solid fair-weather alternative to firing up the engine (or taking the electric car) for another delivery just a mile or two away: e-bikes.

Domino’s tested the use of e-bikes for delivery in Houston, Miami, and New York earlier this year, with claimed improvements in delivery and service for customers and better “team member satisfaction.”

The company is expanding the effort beyond the pilot program stage. The bikes will be available to franchises across the country, and some Domino’s corporate stores will be using them later this year. 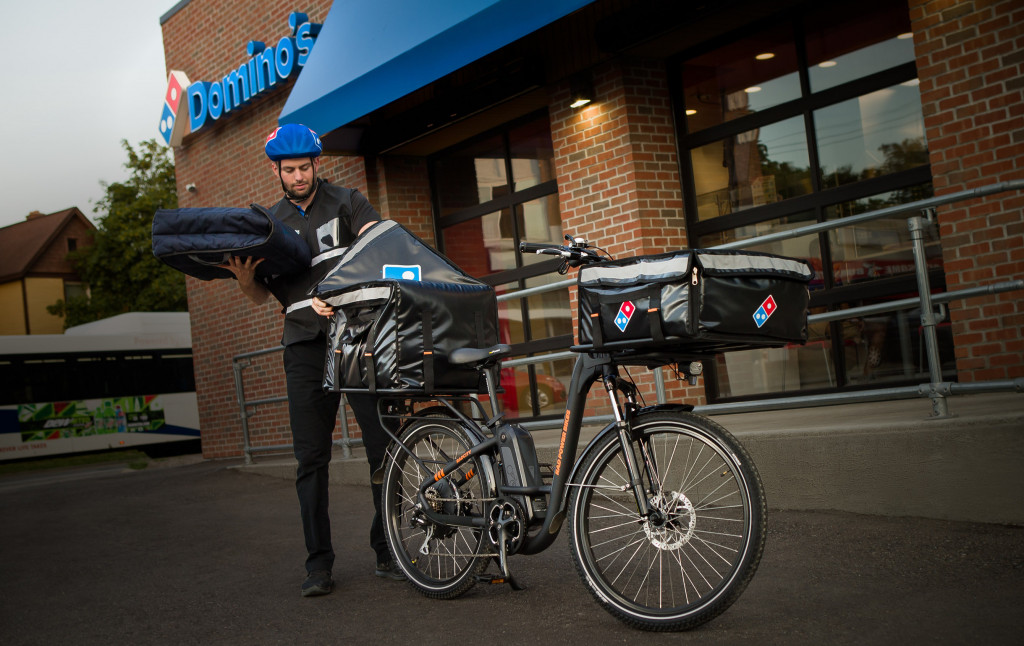 The e-bikes come from a partnership with Rad Power Bikes, and they’re are specially modified versions of the RadCity Step-Thru. The partnership started several years ago with a single franchise owner in Seattle, where Rad Power Bikes is based.

The pizza pedaler has small assist motors and can go 20 mph and cover 25 to 40 miles assisted before a recharge. The “upfit” of the bike adds insulated soft-sided cargo packs, such that each e-bike can hold up to 12 large pizzas.

In Seattle, the bikes didn’t have to deal with parking and traffic issues, so it actually sped up deliveries. In addition, Domino’s says that they “experienced labor benefits” as they were able to hire delivery “drivers” without a driver’s license or car. 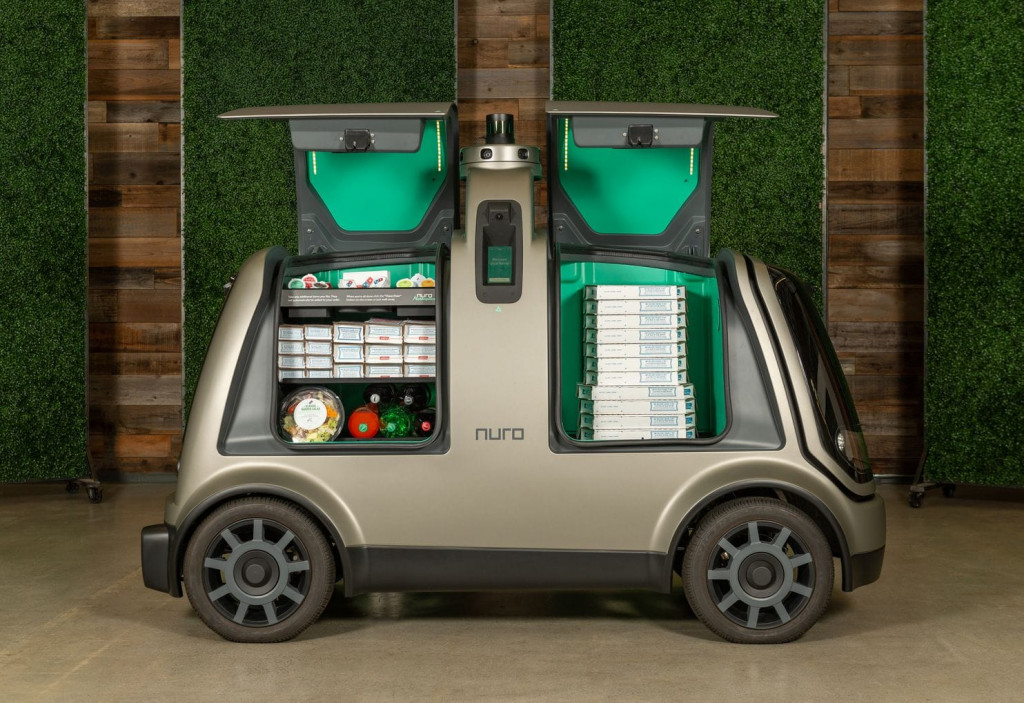 E-bikes aren’t the only innovative delivery method Domino’s has tested. In Miami it’s using self-driving Fords; and in Houston with a pilot program starting this fall it’s partnering with the autonomous-car startup Nuro to provide a self-driving, specially outfitted pizza car.