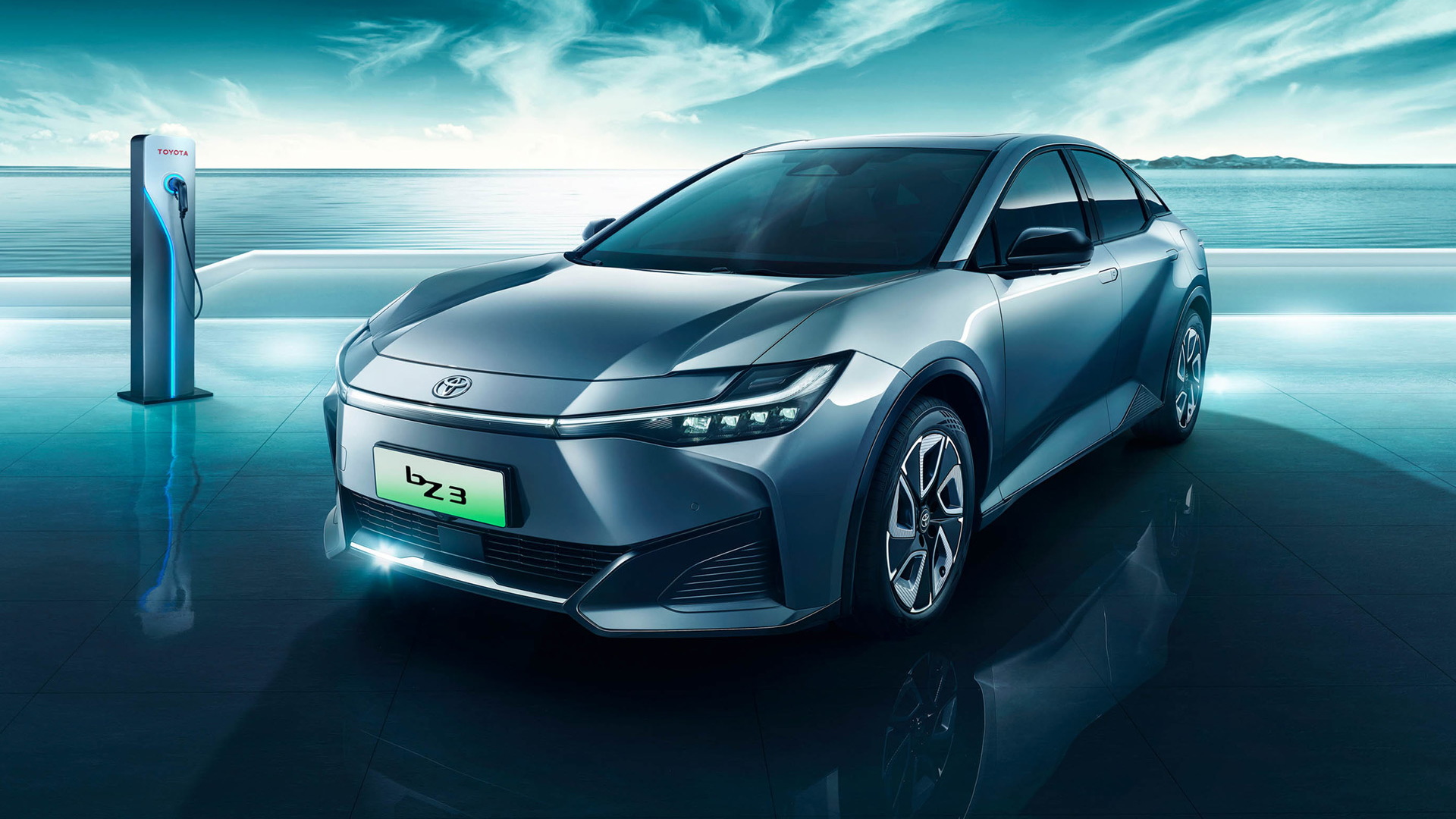 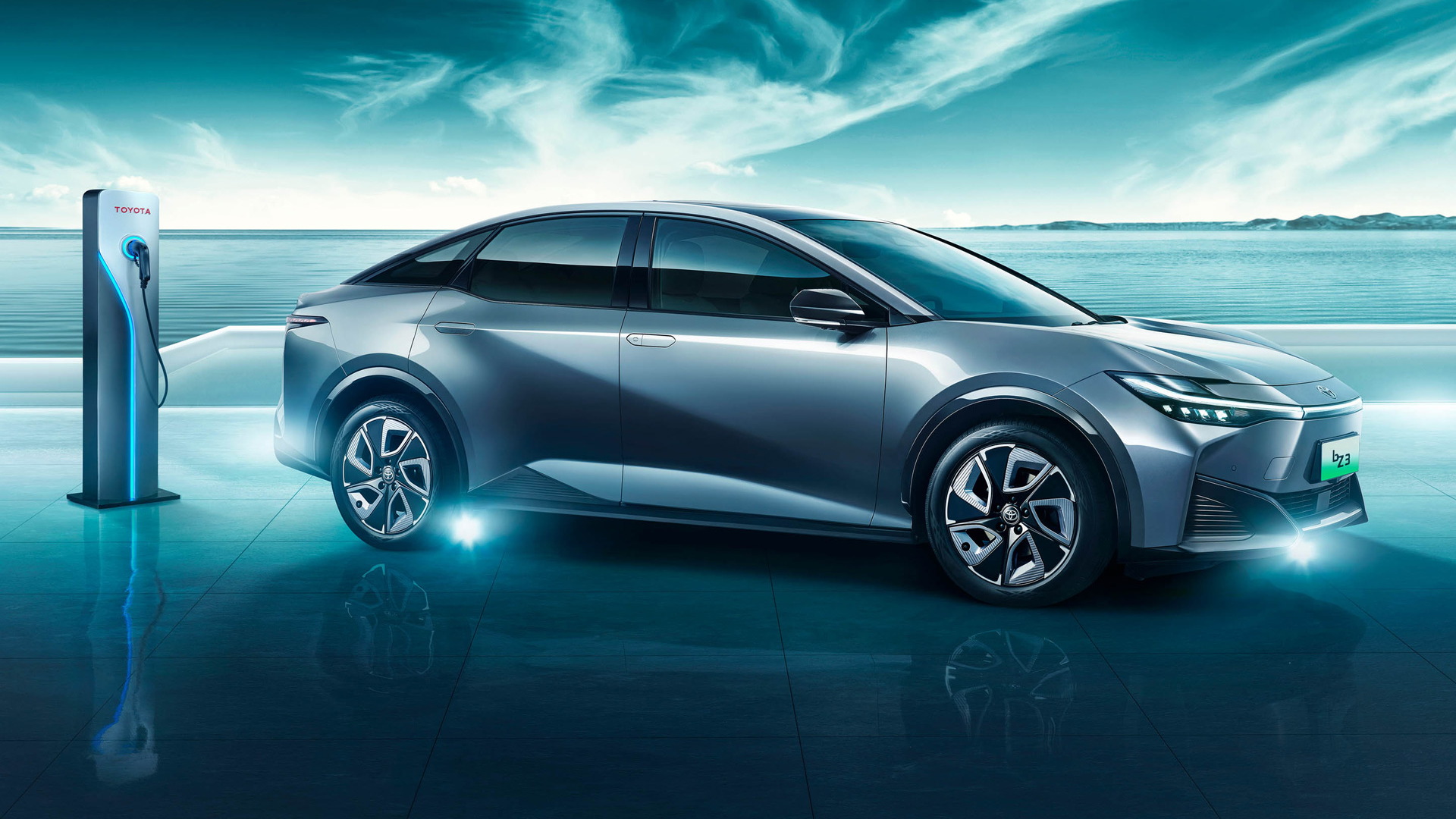 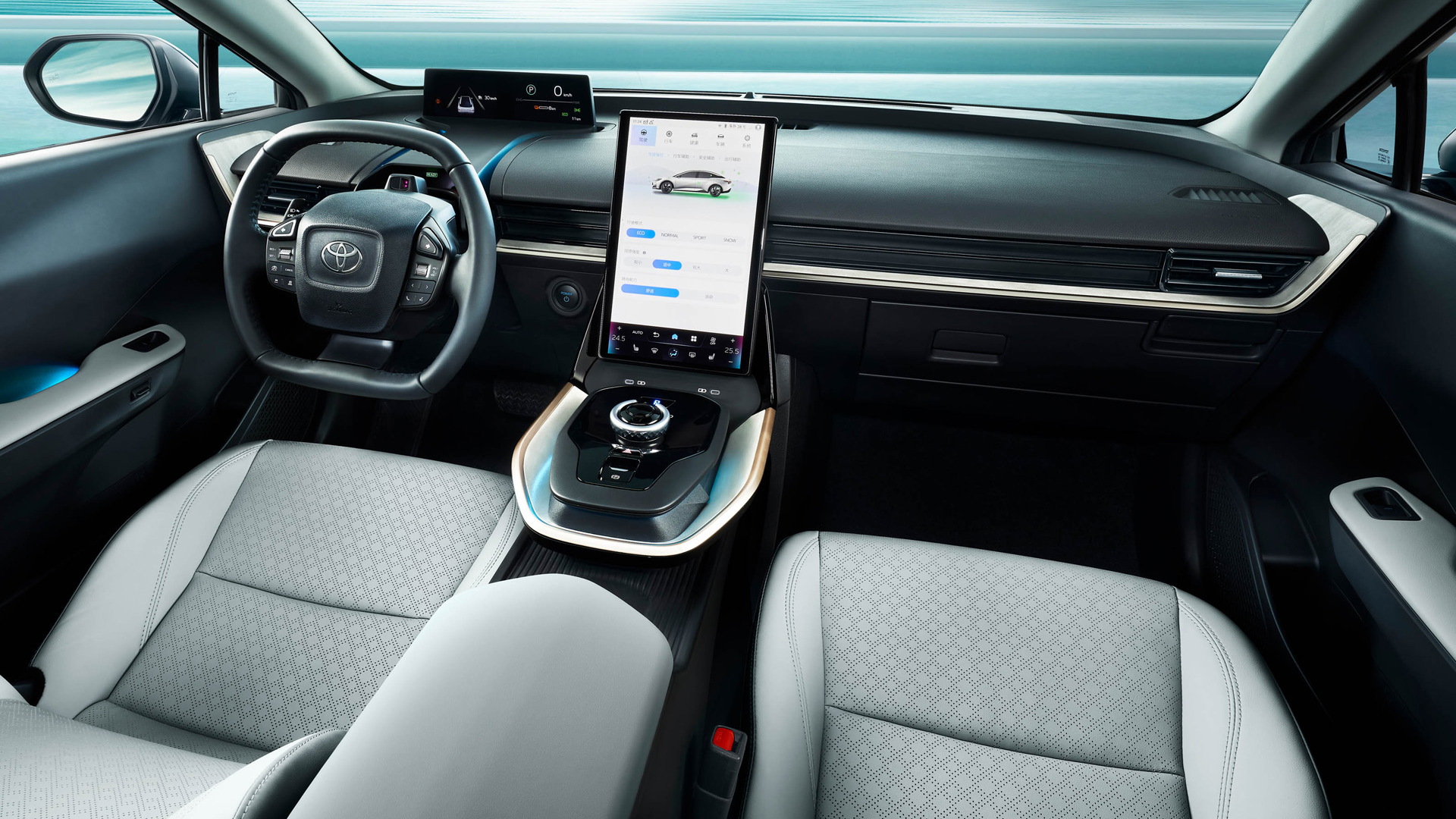 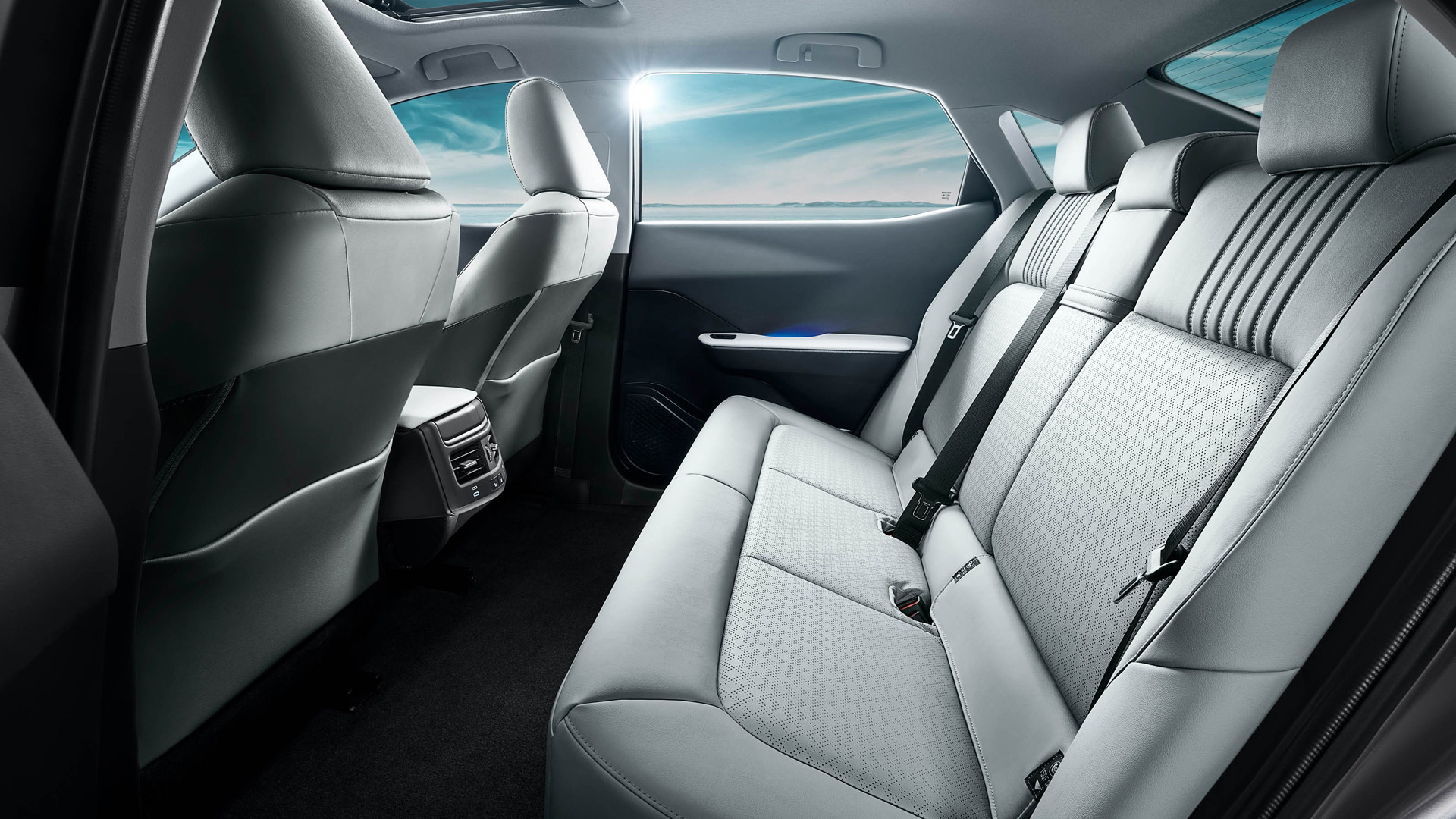 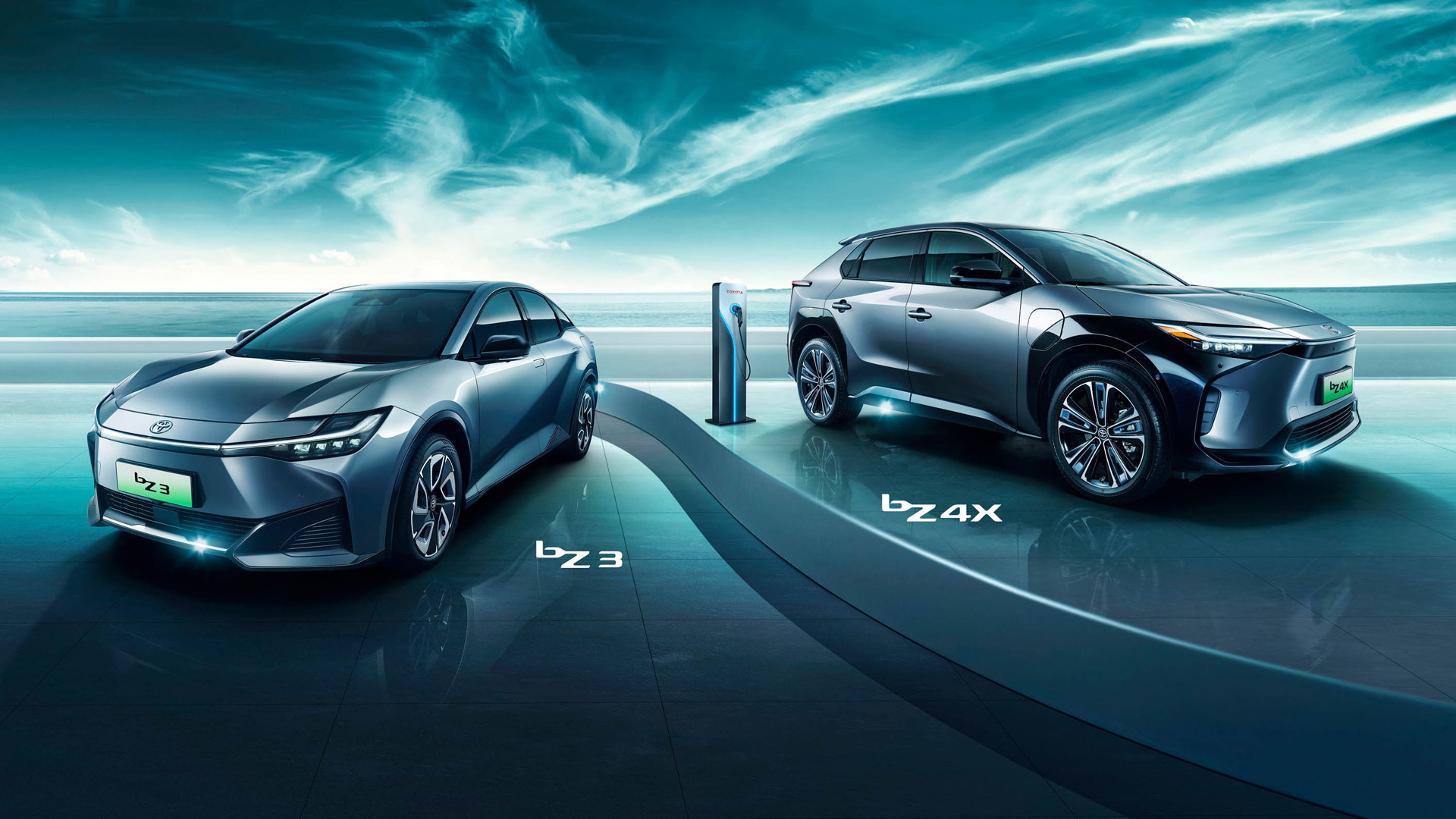 Toyota has launched a second electric car, but it's not coming to the United States.

The Toyota BZ3 sedan was developed for the Chinese market under a joint venture between Toyota and Chinese automaker BYD, and will be produced and sold through Toyota's older joint venture with Chinese firm FAW.

The BZ3 is based on the same e-TNGA platform used by the Toyota BZ4X crossover recently launched in the U.S. That platform was co-developed with Subaru, and also underpins that automaker's Solterra electric crossover.

Toyota also claims an impressive 0.21 coefficient of drag, which puts the BZ3 near the Lucid Air, Mercedes-Benz EQS sedan, and Tesla Model S, all at 0.20 to 0.21.

While it's based on the e-TNGA platform, the BZ3 uses lithium iron phosphate (LFP) battery cells from BYD. Toyota didn't list the pack size, but quoted a 372-mile range estimate, based on China's CLTC testing cycle.

BYD has long specialized in LFP chemistry, boasting of increased safety with its latest Blade battery. The company doesn't sell passenger cars in the U.S., but has marketed buses here, and is currently entering the European market—with Tesla using BYD cells in some vehicles from its new German factory.

Toyota's joint venture with FAW dates back to 2000, and was formed at a time when the Chinese government required foreign automakers to partner with local firms to sell cars in the country. FAW was also an investor in EV startup Byton.

The BZ3 will likely remain a China-only model, and while Toyota is expected to launch other EVs in the U.S., the cadence of those launches is in doubt. According to a recent report, Toyota is reportedly pausing some future EVs as it reevaluates some engineering choices—potentially including the e-TNGA platform.