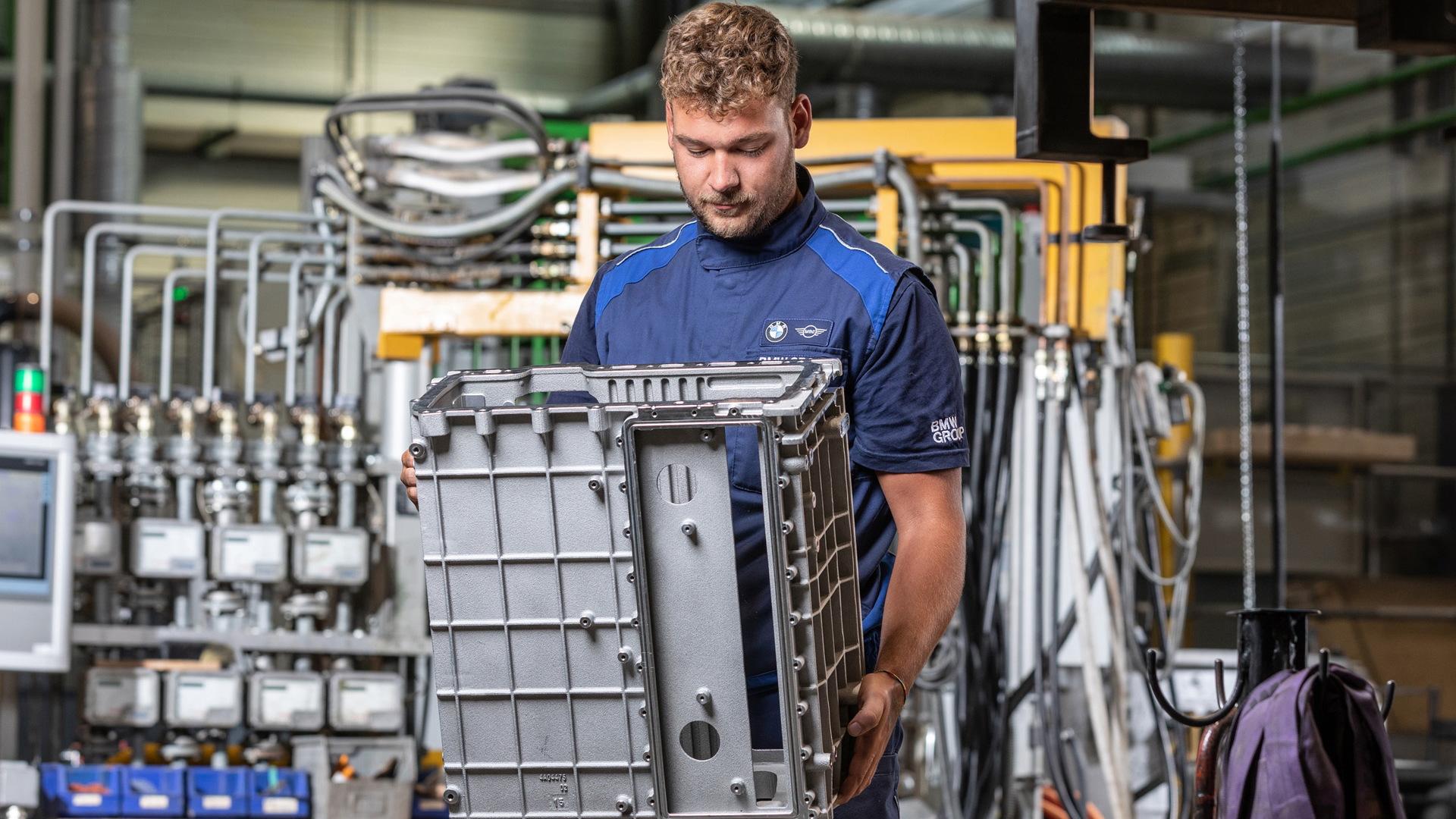 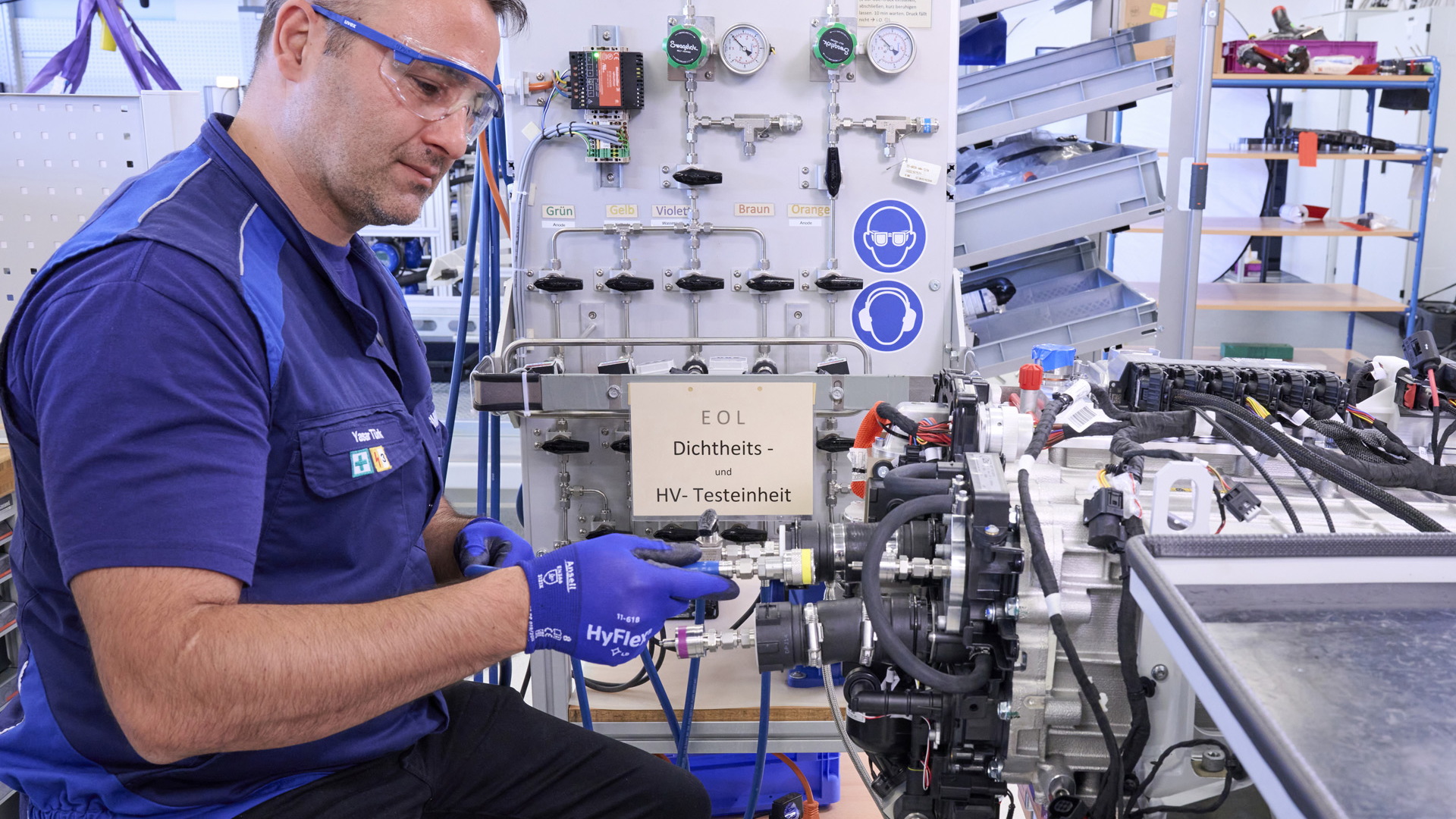 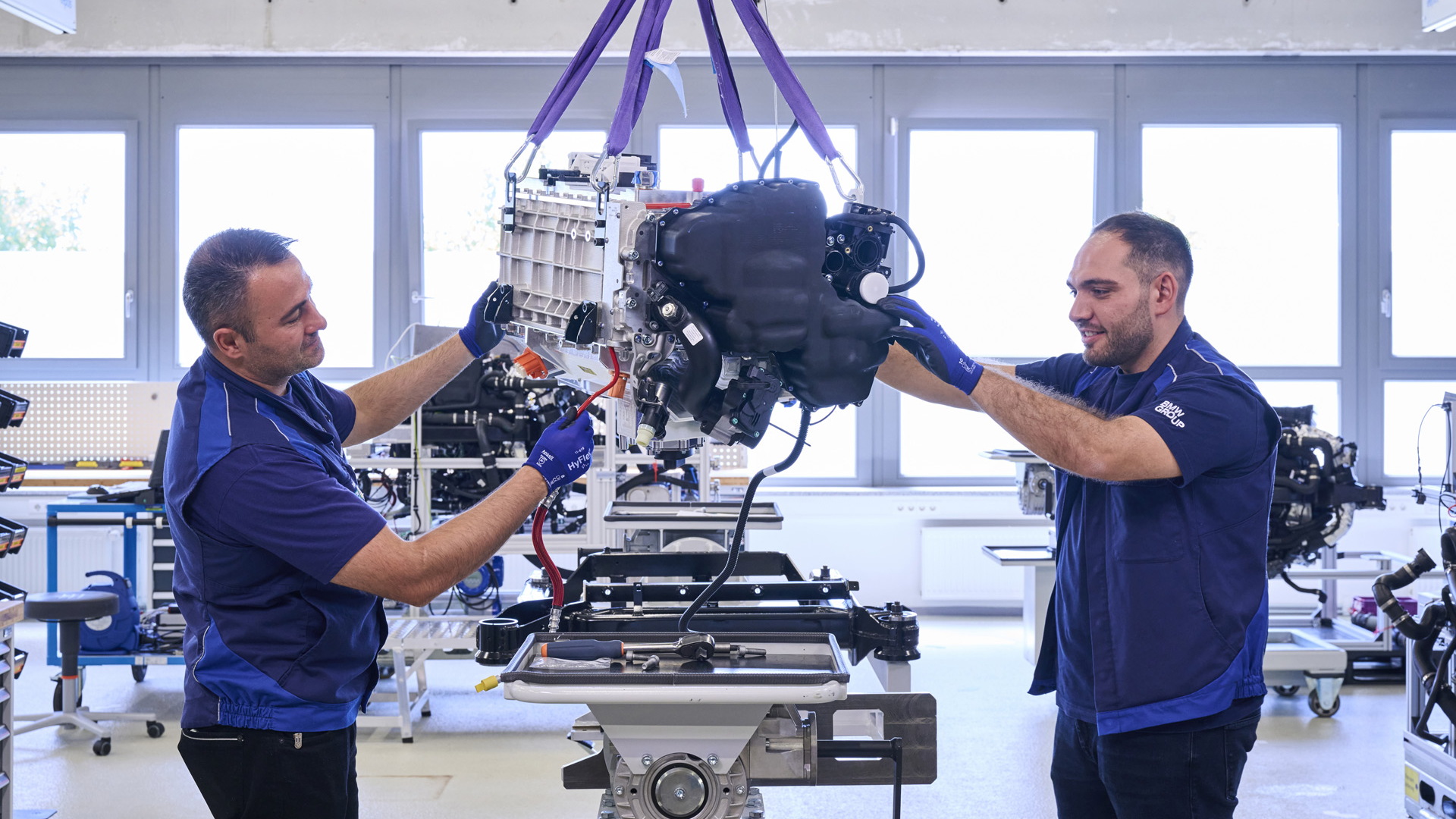 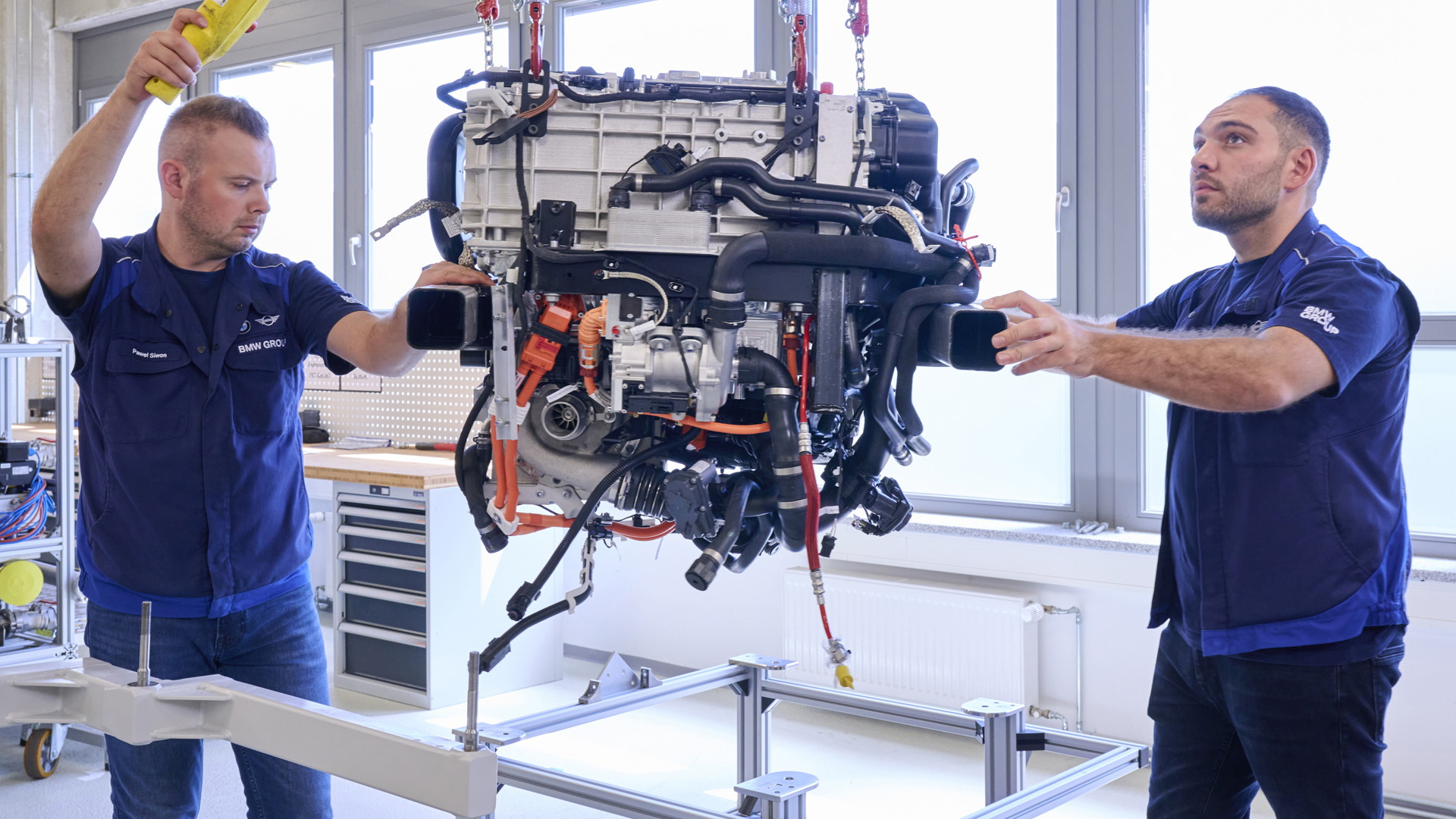 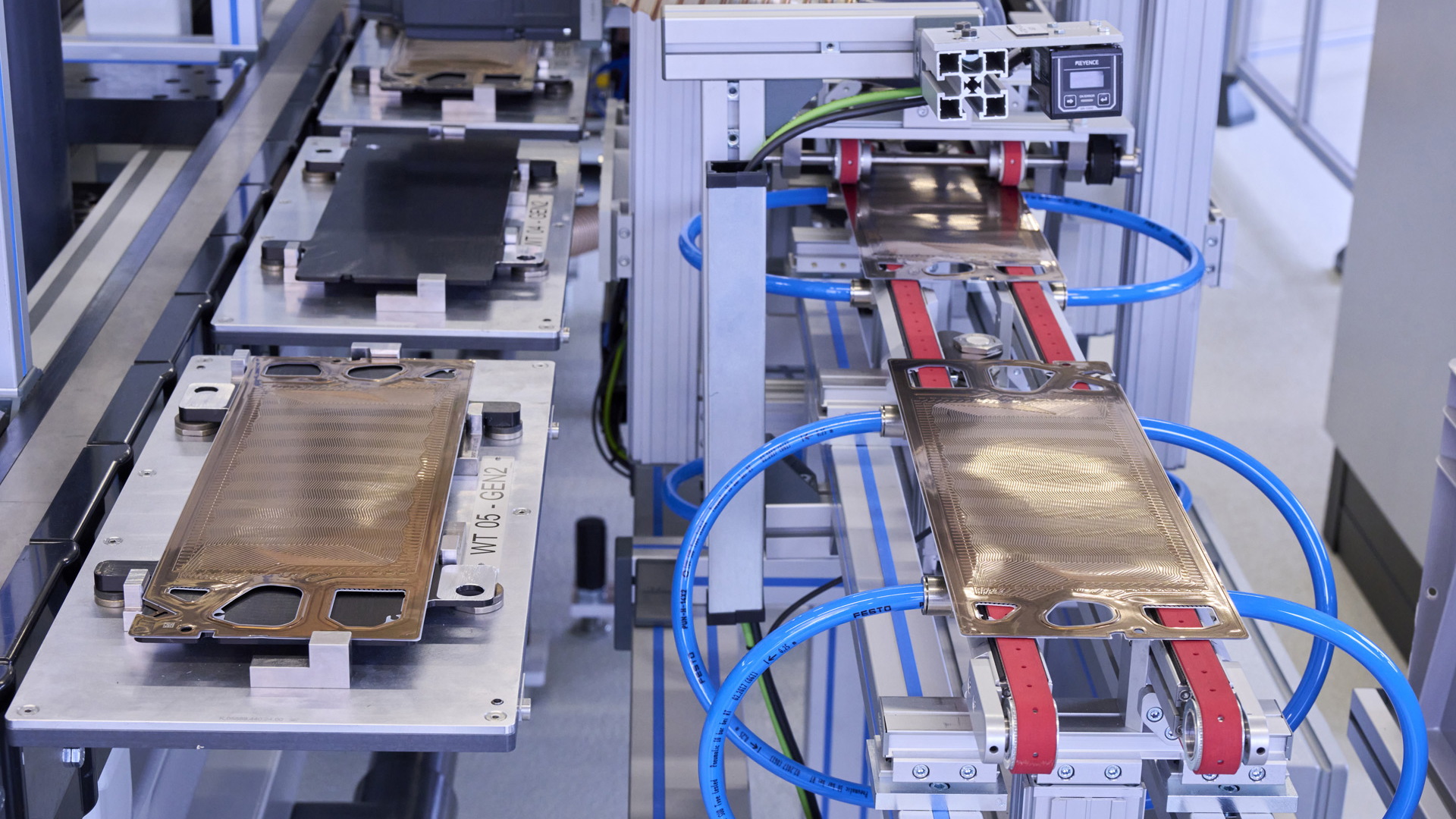 BMW has started manufacturing fuel-cell stacks for its iX5 Hydrogen SUV, which is expected to start low-volume production before the end of the year.

First seen at the 2019 Frankfurt Motor Show as the i Hydrogen Next, the iX5 Hydrogen is essentially a BMW X5 crossover SUV that swaps out the internal-combustion engine with a fuel-cell stack that utilizes Toyota tech. The two automakers have been collaborating since 2013 on fuel cells.

Toyota supplies individual fuel cells, which harness a chemical reaction between oxygen and hydrogen, generating electricity. They're assembled into a stack at a facility in Munich, BMW said in a press release. That includes a BMW-designed aluminum enclosure manufactured with a sand-casting process in which molten aluminum is poured into a mold. This labor-intensive process wouldn't be practical for BMW's regular models, but is fine for a low-volume vehicle like the iX5 Hydrogen.

BMW also manufactures its own pressure plate, through which hydrogen and oxygen are delivered to the stack. It's made from cast plastic and metal alloys at the same Landshut, Germany, foundry as the stack enclosure.

The fuel-cell stack is combined with BMW's fifth-generation electric-powertrain hardware from the iX crossover and i4 sedan. Total output is 374 hp, but that's achieved with a battery buffer that kicks in when accelerating or overtaking. The fuel-cell stack has a continuous output of 170 hp by itself, according to BMW.

The fuel-cell X5 isn't due for volume production but could help determine how extensively it might adopt the tech in the future. BMW is making room for hydrogen in its future vehicles—perhaps even in the platform underpinning the Neue Klasse EVs scheduled to debut in 2025.

Even this small-scale commitment to fuel-cell passenger cars increasingly makes BMW an outlier in the auto industry.

Rival Mercedes-Benz has opted not to bring the hybrid F-Cell fuel-cell EV to the United States, and is shifting fuel-cell development resources to commercial trucks. And other companies that were big on the tech in passenger vehicles a few years back—like General Motors, and even Hyundai—have pivoted to larger truck uses.