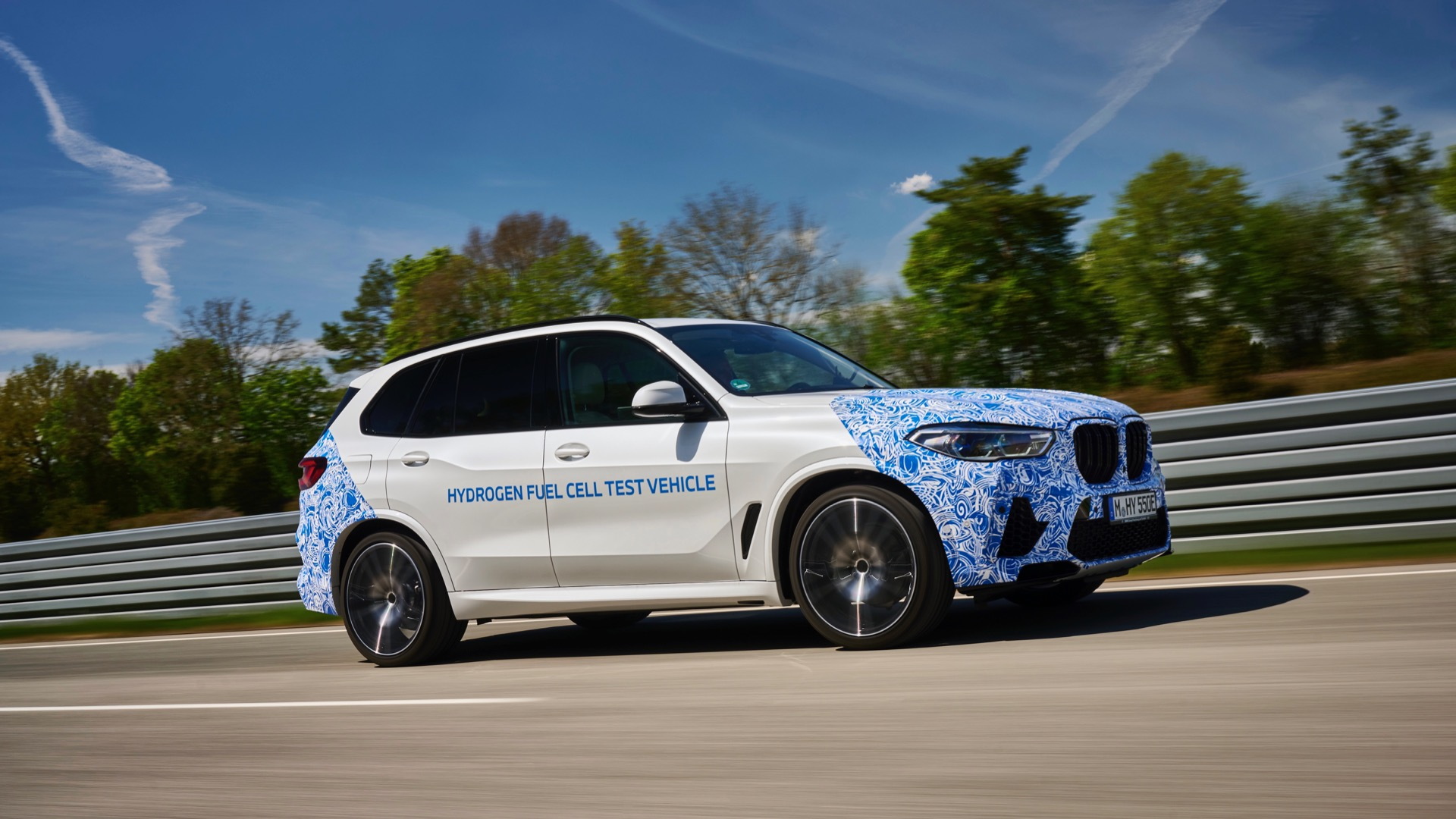 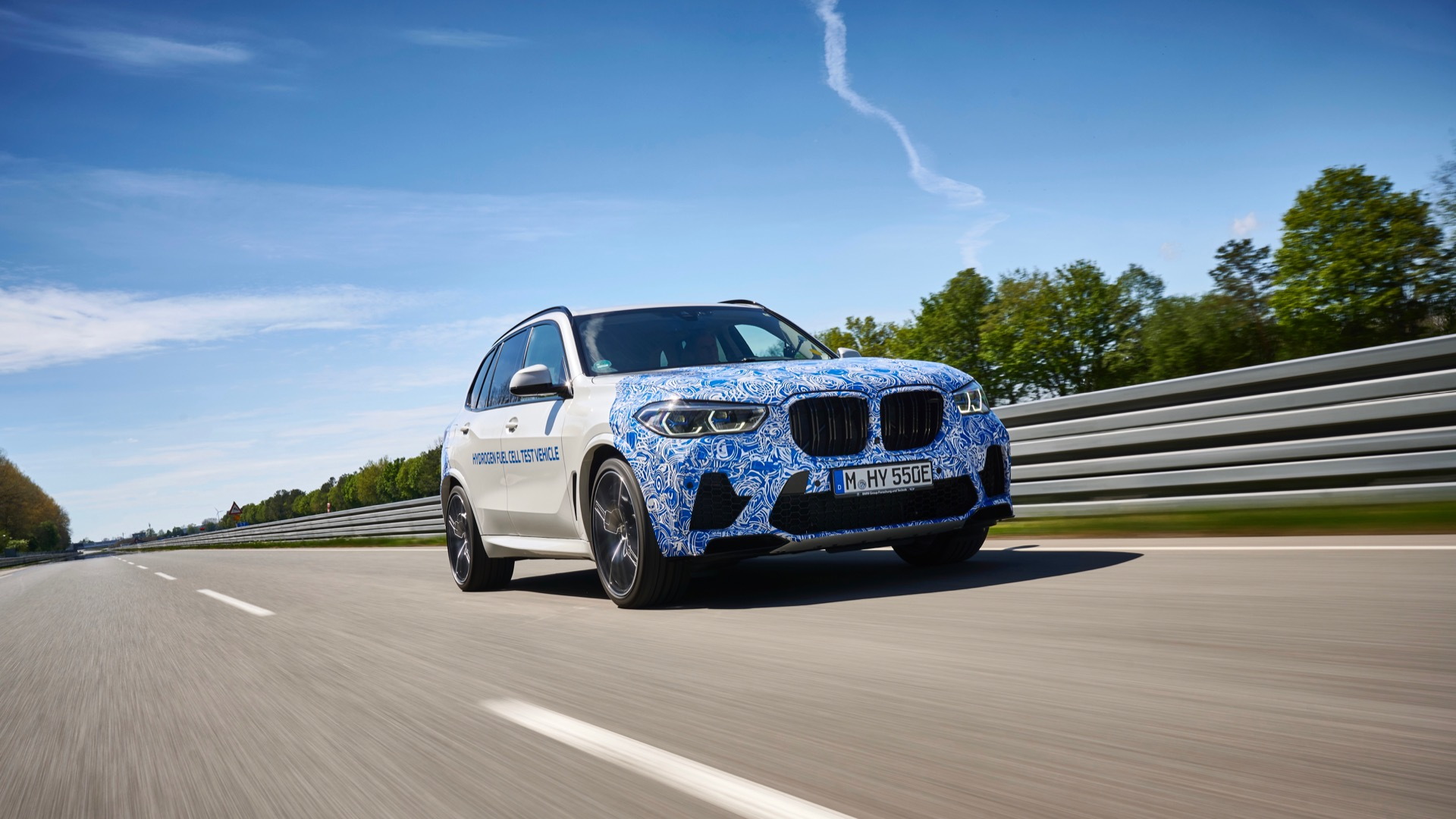 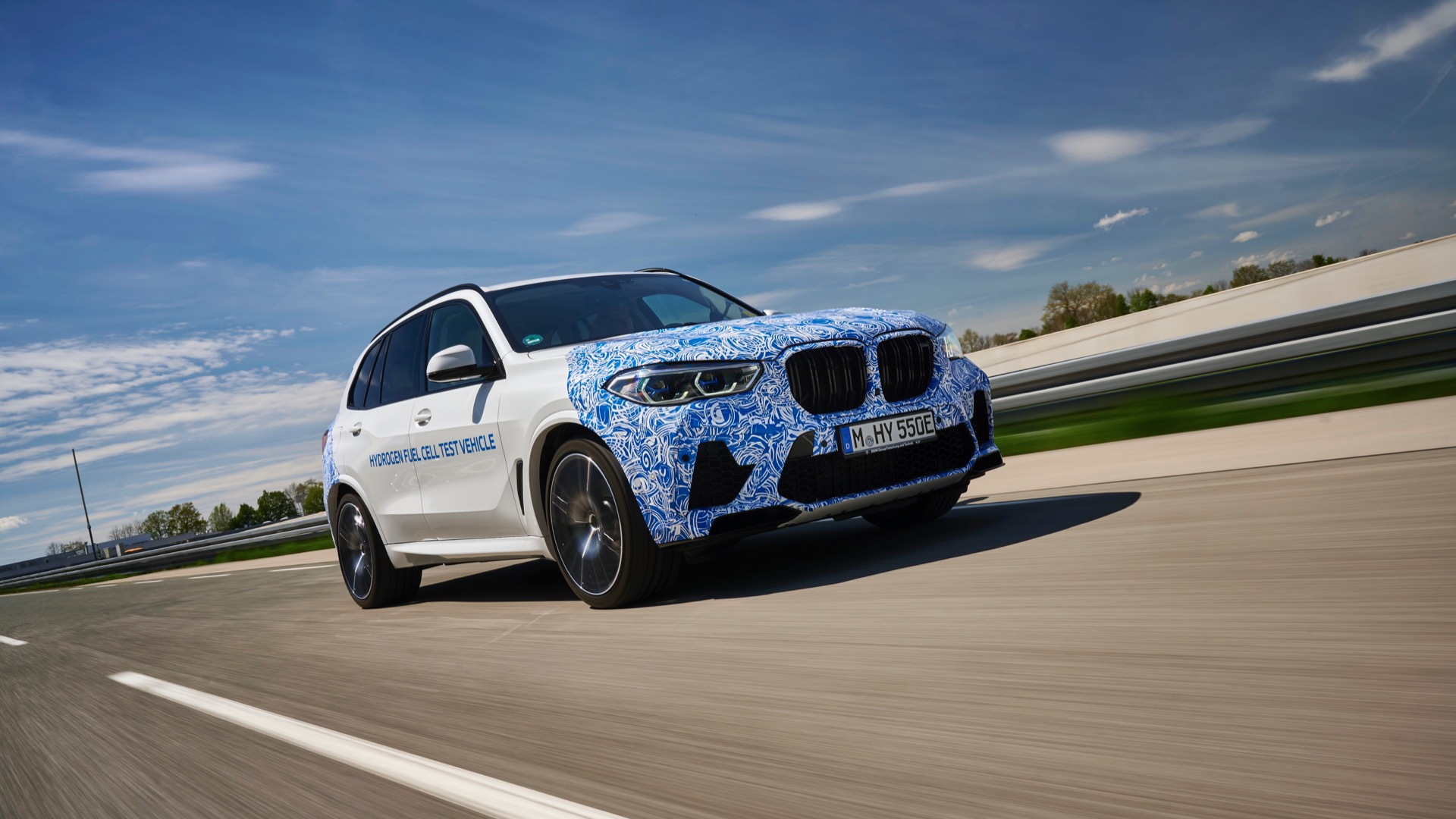 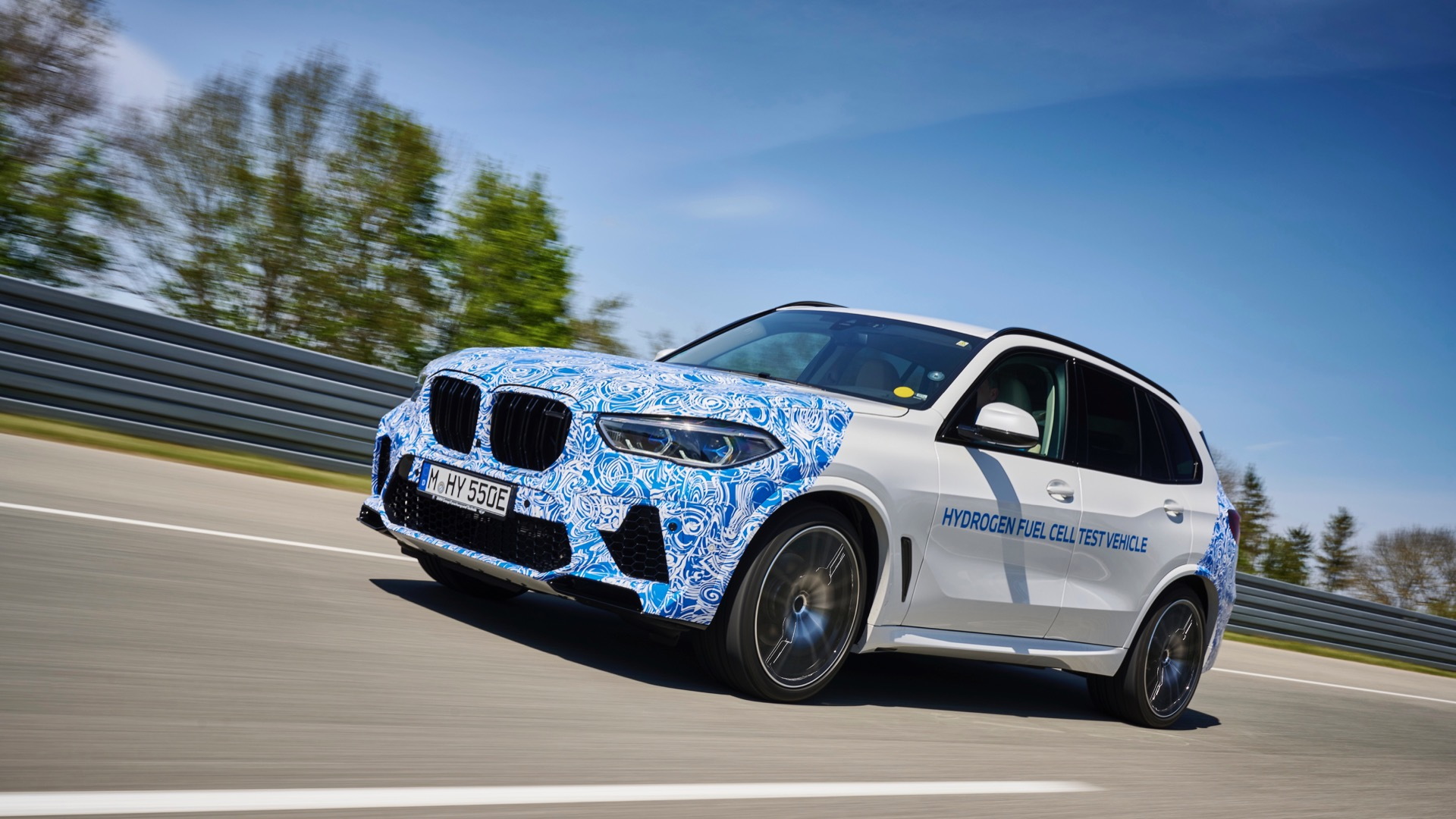 The BMW i Hydrogen Next, a hydrogen fuel-cell version of the BMW X5 crossover SUV, has started testing on European roads ahead of a small-batch production run in 2022, the automaker said Wednesday in a press release.

First seen at the 2019 Frankfurt Motor Show, the hydrogen SUV marries a Toyota fuel-cell stack with fifth-generation electric-motor tech from BMW's latest battery-electric cars, such as the iX crossover and i4 sedan. Total system output is 374 horsepower, which BMW says corresponds to the output of its most powerful gasoline inline-6 engine (outside of the M performance models, that is).

That output is achieved using both the fuel-cell stack, which produces 170 hp, and a battery buffer, which kicks in when accelerating or overtaking.

BMW i Hydrogen Next testing

Hydrogen is stored in two cylindrical tanks—one running down the vehicle's centerline, the other sitting width-wise under the rear-seat area—made from carbon fiber-reinforced plastic (CFRP). A refill takes three to four minutes, according to BMW.

No specific range figures have been released, but the 2021 Toyota Mirai, which uses the same latest-generation fuel-cell stack, now achieves 402 miles of range in EPA testing.

While the i Hydrogen Next is expected to be a low-volume model, BMW still appears committed to fuel cells.

Amid a significant revamp of the automaker's powertrain strategy last year, BMW chose to re-up on fuel-cell passenger vehicles as a possibility.

BMW i Hydrogen Next testing

That contrasts General Motors, which has backed away from fuel cells in passenger cars, in favor of commercial applications. Mercedes-Benz parent Daimler has entirely shifted its fuel-cell development resources from passenger vehicles to commercial trucks.

On the other hand, Land Rover, which hasn't shown much interest in hydrogen tech to date, announced a fuel-cell Defender prototype just this week.

BMW hydrogen fuel-cell partner Toyota also recently announced that it's developing hydrogen internal-combustion engines for racing. That's similar to what BMW tried years ago with the Hydrogen 7, a version of its flagship 7 Series sedan with a hydrogen-fueled V-12 engine.