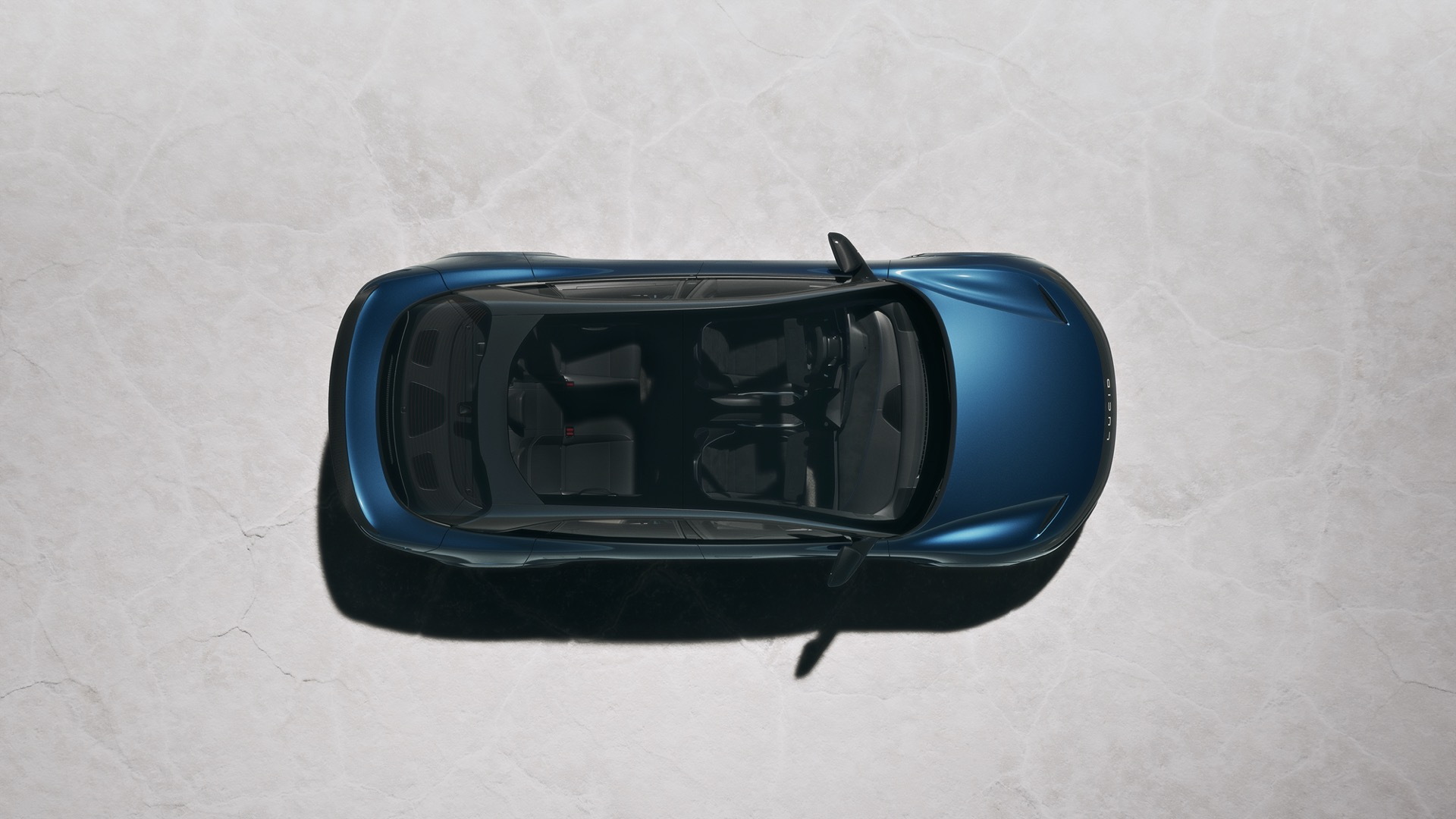 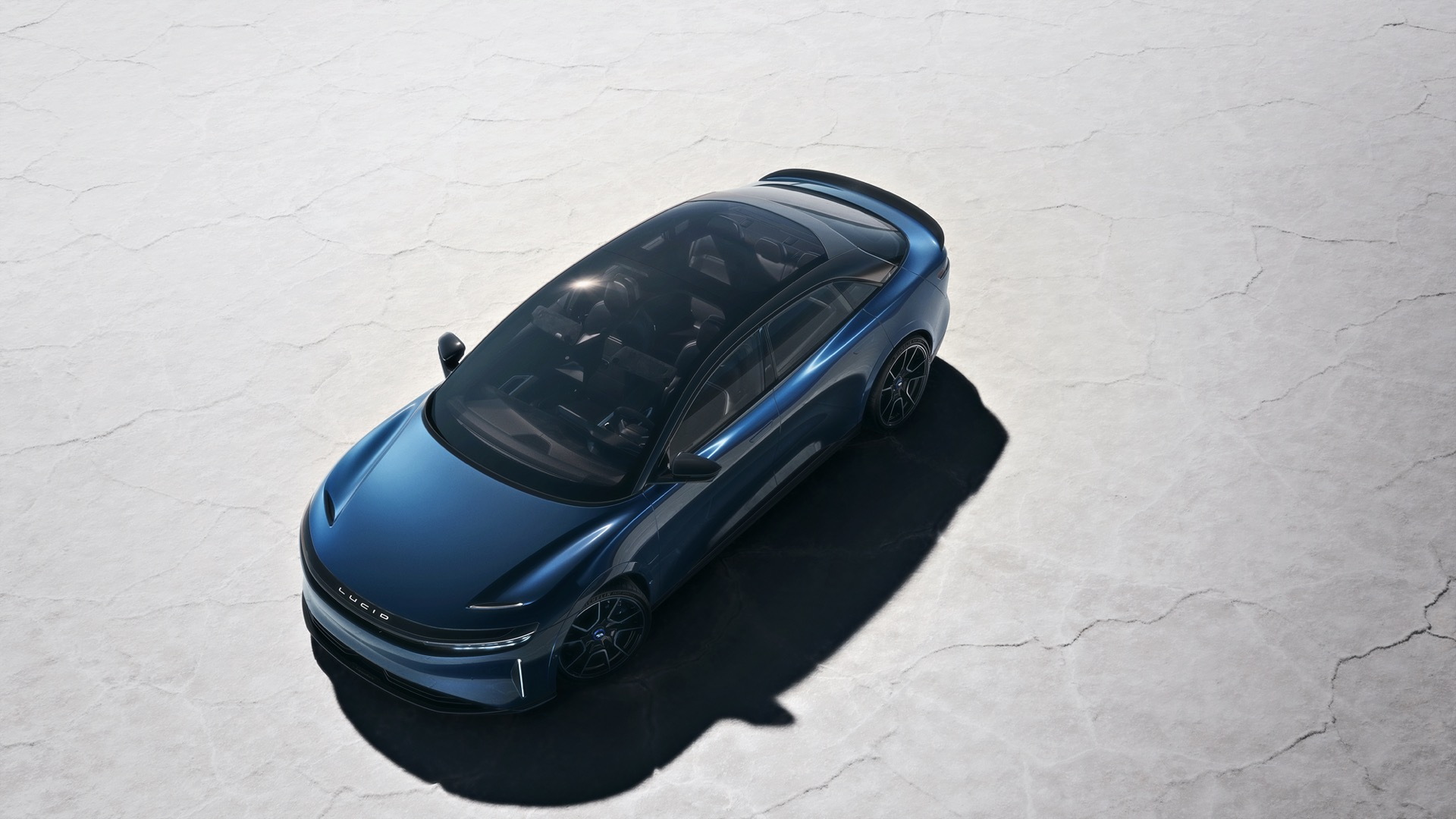 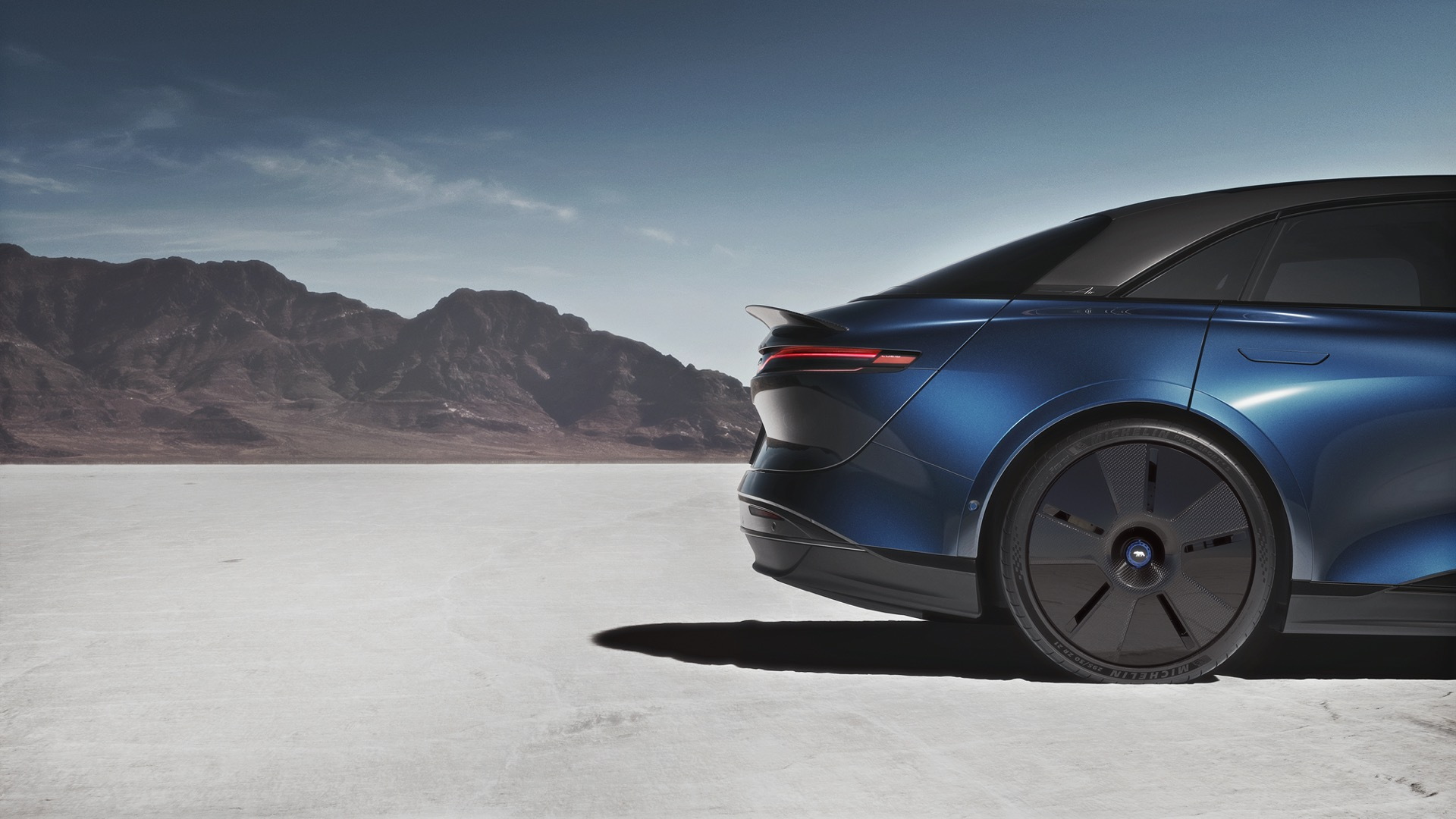 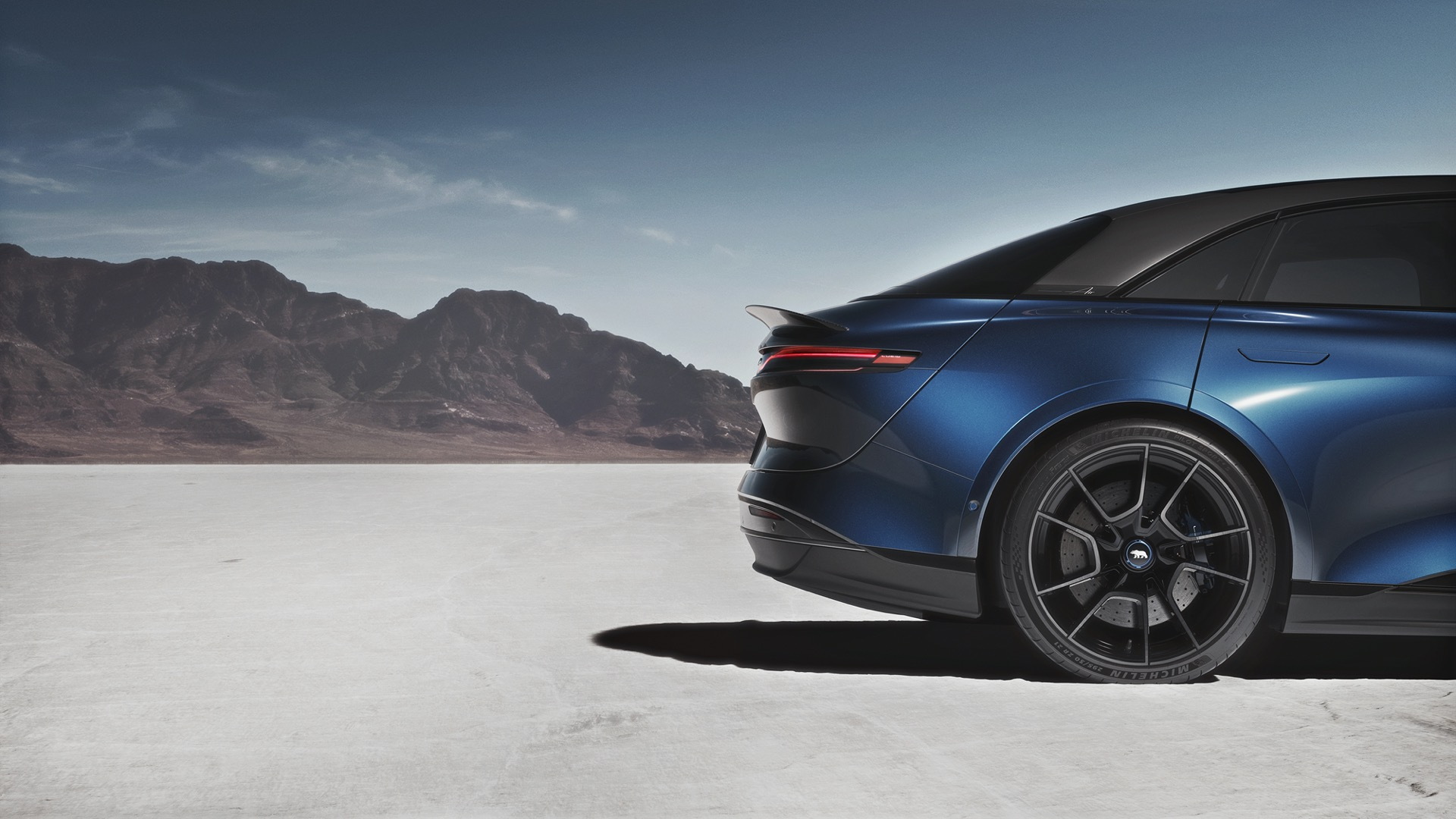 Lucid has been making some not-so-subtle hints that something even greater lies beyond its 1,050-hp Air Grand Touring Performance and 1,111-hp Dream Edition Performance models, which already rival the performance of the Tesla Model S Plaid.

That something greater has now been officially revealed at Monterey Car Week as the three-motor Lucid Air Sapphire. At 1,200-plus hp, the tri-motor Air Sapphire will be the most powerful sedan in the world, according to Lucid—and yes, that extends to gasoline models.

Lucid boasts a 0-60 mph time below two seconds, a 0-100 mph time below four seconds, and a top speed over 200 mph—all of which would be enough to solidly beat the Model S Plaid on the track, before thinking about handling. Given the screaming-loud Dodge electric muscle car announced earlier this week, other rivals may await at the dragstrip.

In the Sapphire, a single motor powers the front wheels, while a new twin-motor drive unit powers the rear wheels. Because it was part of the development program, all the Sapphire’s upgrades no sacrifice rear leg room or trunk/frunk space.

To complement that, Lucid has added heat-exchanger technology to the rear drive unit, with a “heightened coolant flow rate,” and it’s upgraded the thermal strategy for the battery system.

Additionally, the Sapphire has stiffer front and rear springs, stiffer bushings, unique damper settings, and different tuning for the steering and other core systems. Carbon-ceramic brakes are included, as are wider wheels and tires. The Aero Sapphire wheels include removable aero-disk wheel covers, likely to help aero or air venting.

Lucid says its two-motor arrangement can pivot the rear of the vehicle in the same way as a brake-based setup but “faster, quieter, and more seamless.” Further, in tight corners, it allows the system to apply regenerative braking at the inside wheel while powering the outside one—providing better results that rear-axle steering systems, it says.

On the outside, the Sapphire includes the blacked-out Lucid Air Stealth Look as standard, while inside it gets a new interior theme called Sapphire Mojave, with black leather plus black Alcantara and Sapphire Blue contrast stitching. The front seats provide heating, cooling, and massage functionality, and the Glass Canopy roof is also trimmed in black Alcantara. The headrests include a Lucid bear logo, as a nod to the brand’s California origins.

It also features its own unique display screen, including special performance settings and drive modes. In one of the released photos, we see Sapphire mode added above Swift mode, plus dragstrip, hot lap, and endurance modes, and a lap timer.

Don’t expect quite the efficiency of some of the other dual-motor Air models here, which range up to 516 miles on a charge. However, for a company that places the emphasis on efficiency, don’t be surprised if this all-out performance models still beats the efficient long-range versions from some rivals.

Lucid calls the Sapphire “just the beginning, representing the launch of an entirely new performance-focused brand within Lucid,” and it says that Sapphire versions will be offered for all Lucid models moving forward.

The Sapphire will cost $249,000, before destination, with deliveries due to start next year for the U.S. and Canada. Reservations for the new model go live next Tuesday, Aug. 23.