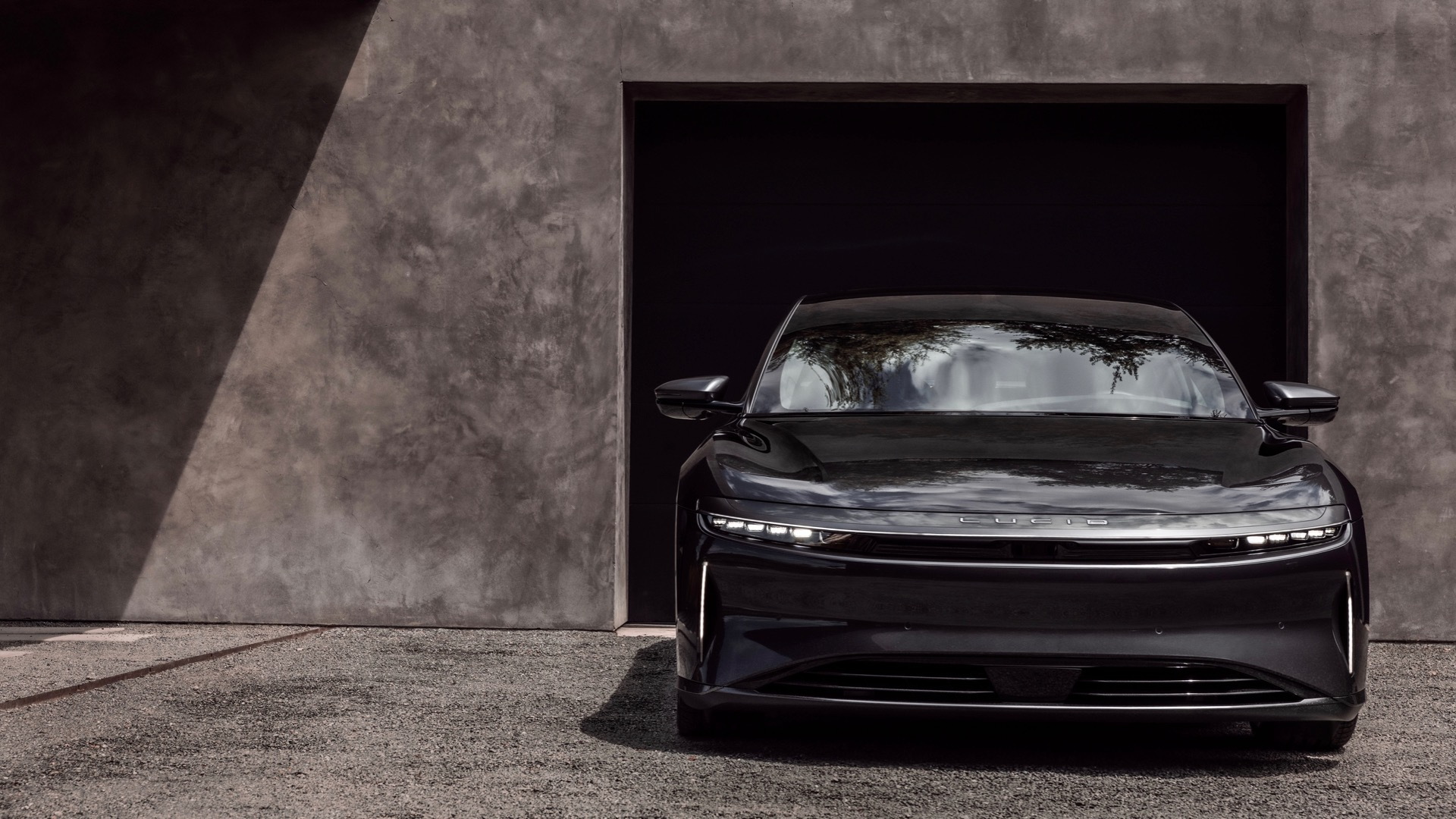 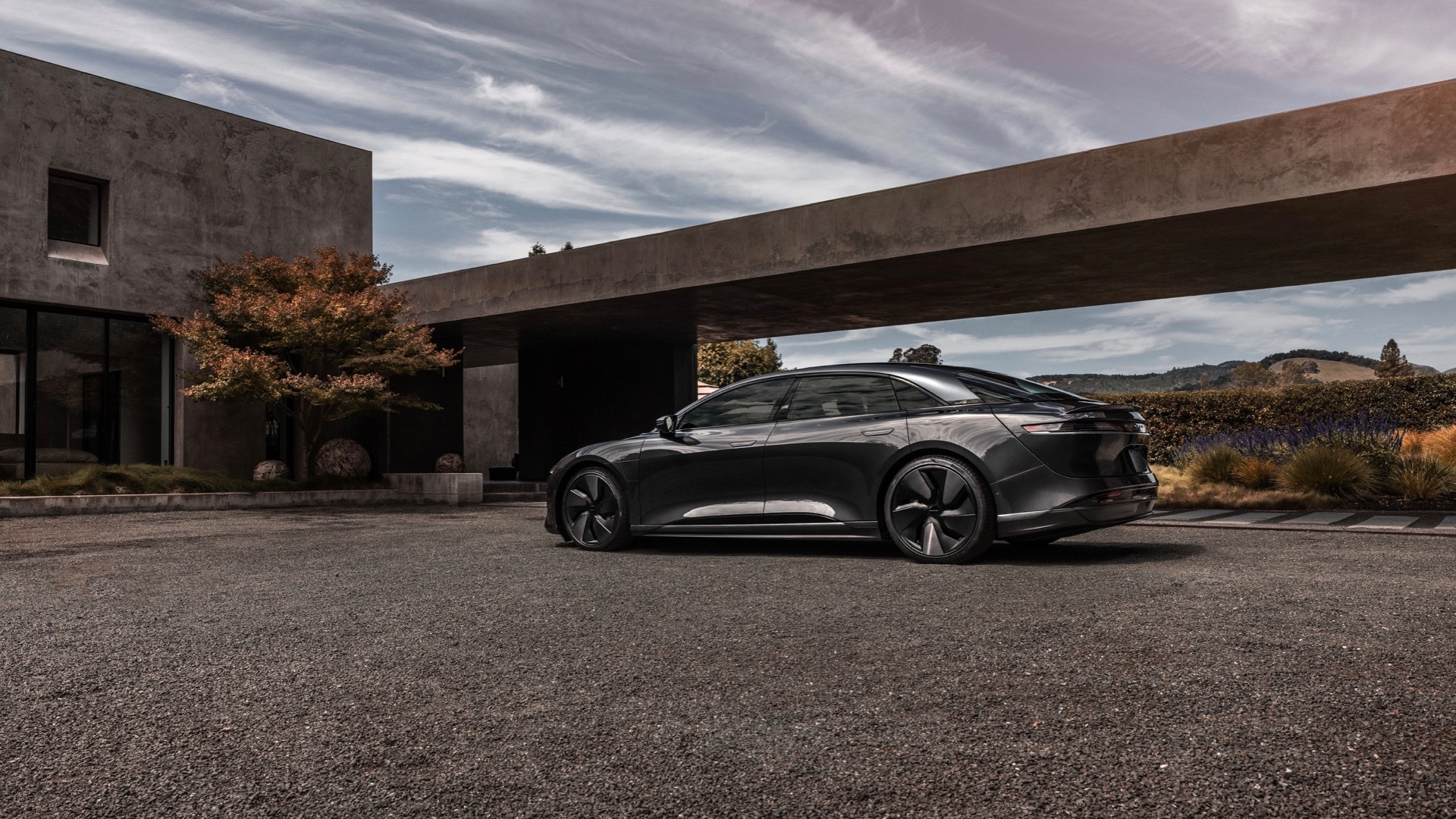 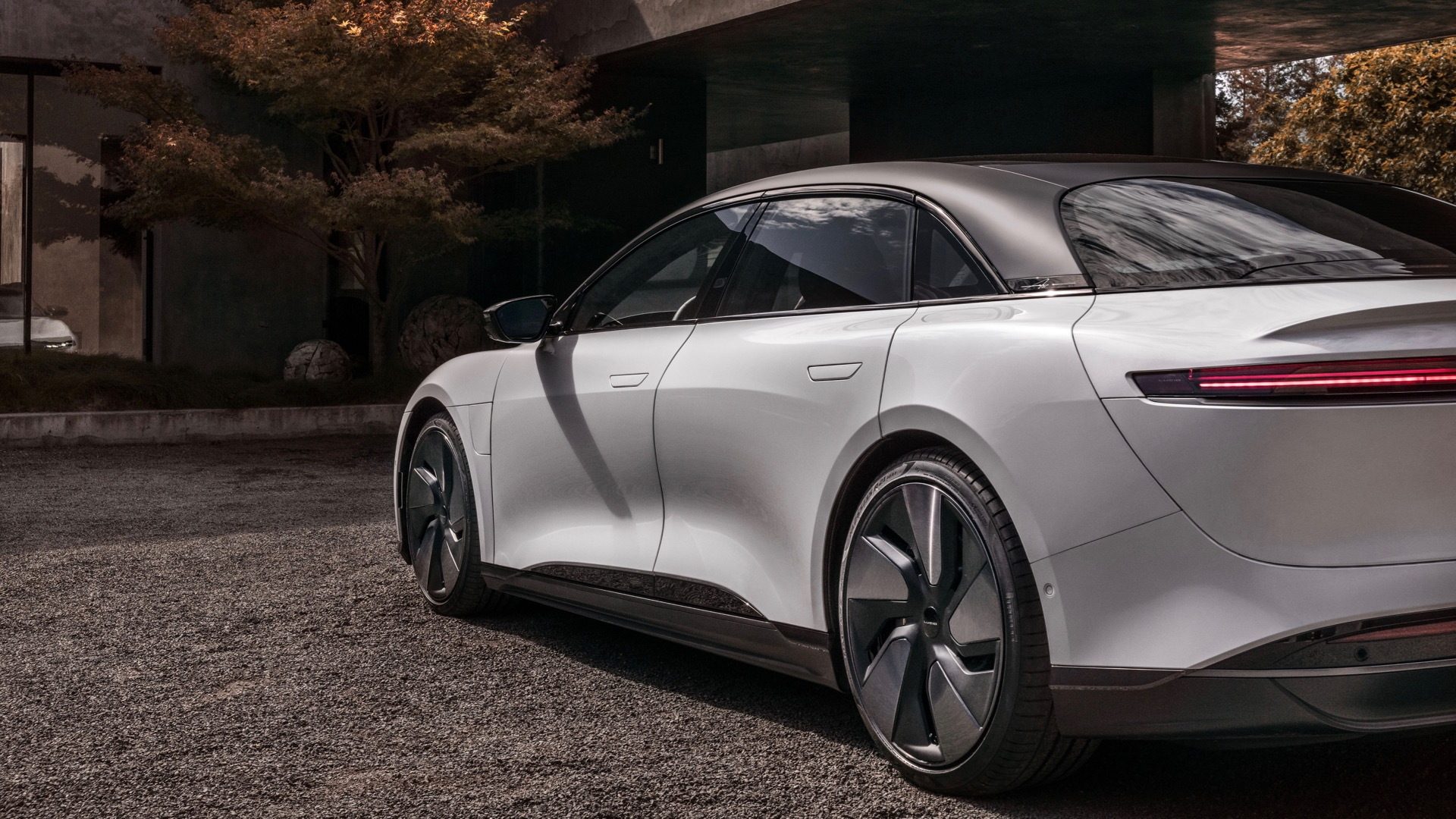 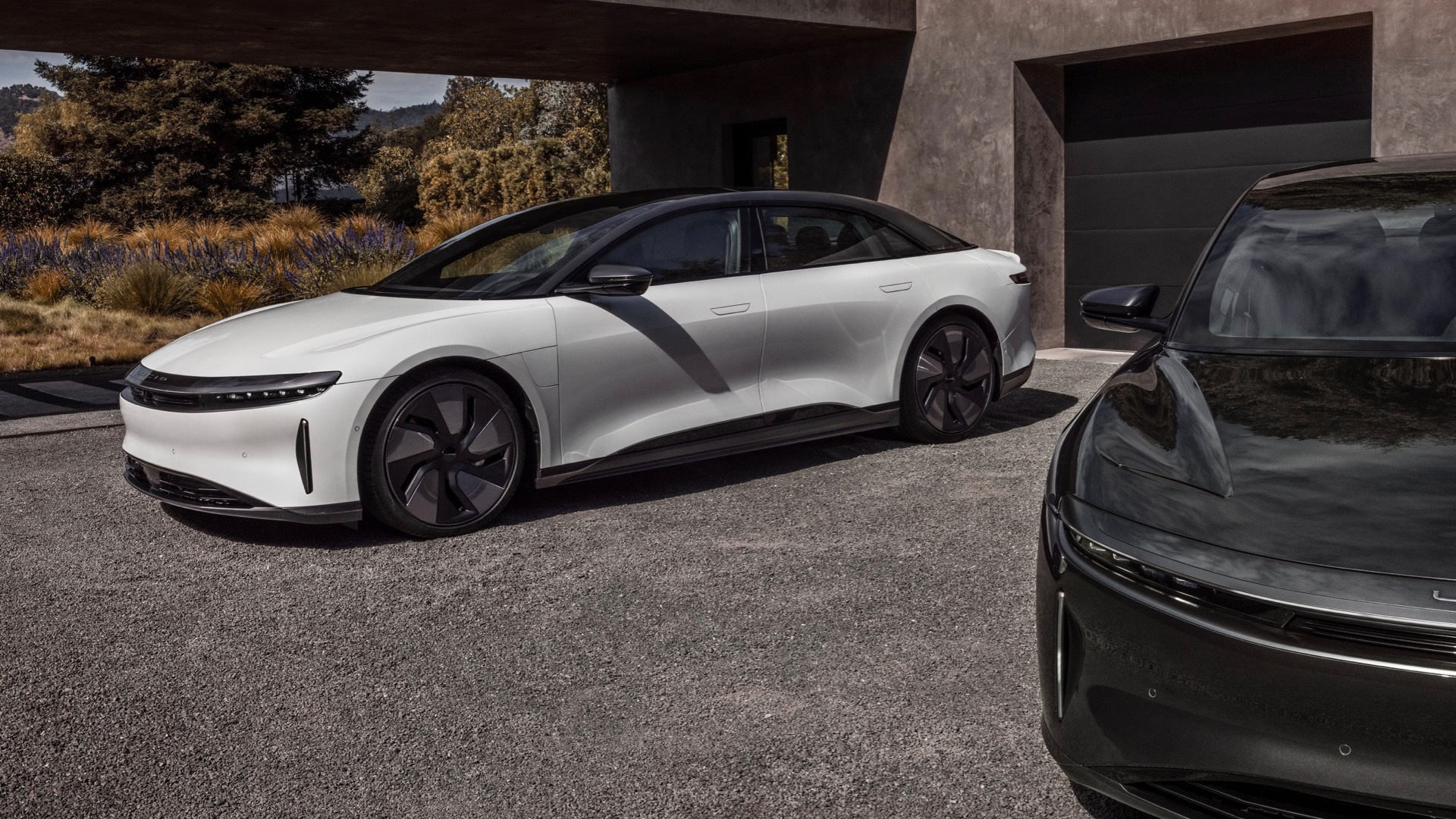 Exterior mirror caps and the framing of the Air's glass roof get what Lucid calls the Stealth finish. Trim pieces around the headlights and taillights get a satin version of this finish, while the nose, roof pillar, and lower door and fascia trim get polished dark trim.

Also included are new 20-inch and 21-inch wheel designs (depending on the model), with satin black inserts. Lucid said the new look can be paired with its full palette of exterior colors, including: Stellar White, Infinite Black, Cosmos Silver, Quantum Grey, and Zenith Red.

While customers will be able to configure the Air Stealth Look online beginning August 10, production isn't expected to start until the first quarter of 2023.

The Stealth Look will be a $6,000 option on top of the $179,000 base price for the Air Grand Touring Performance, $154,000 base price of the Air Grand Touring, and $107,400 Air Touring. Lucid also plans to offer an $87,400 Air Pure model, but it can't be configured with the Stealth Look. Most Air variants recently got price increases, which Lucid also attributed to supply-chain issues.