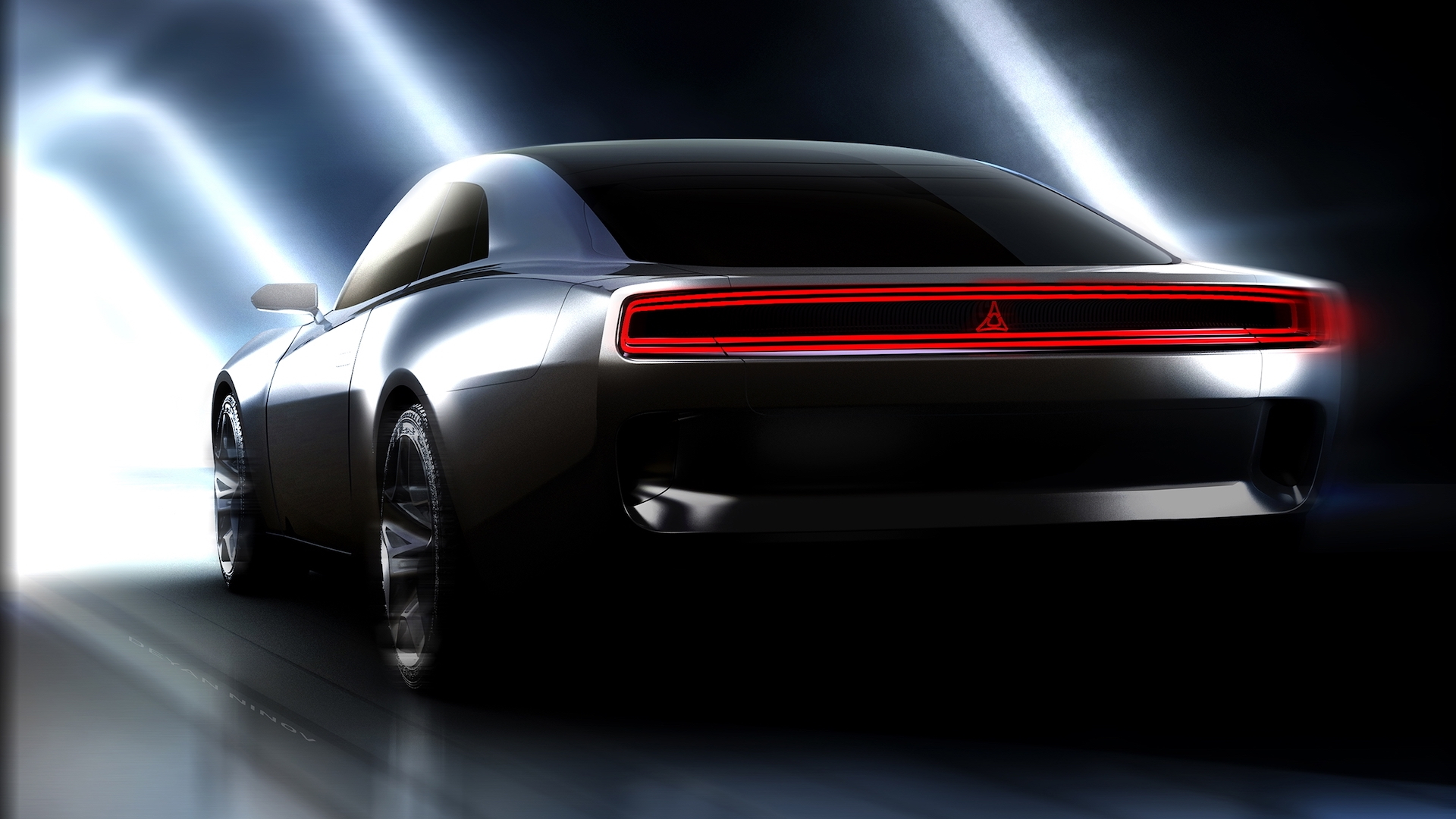 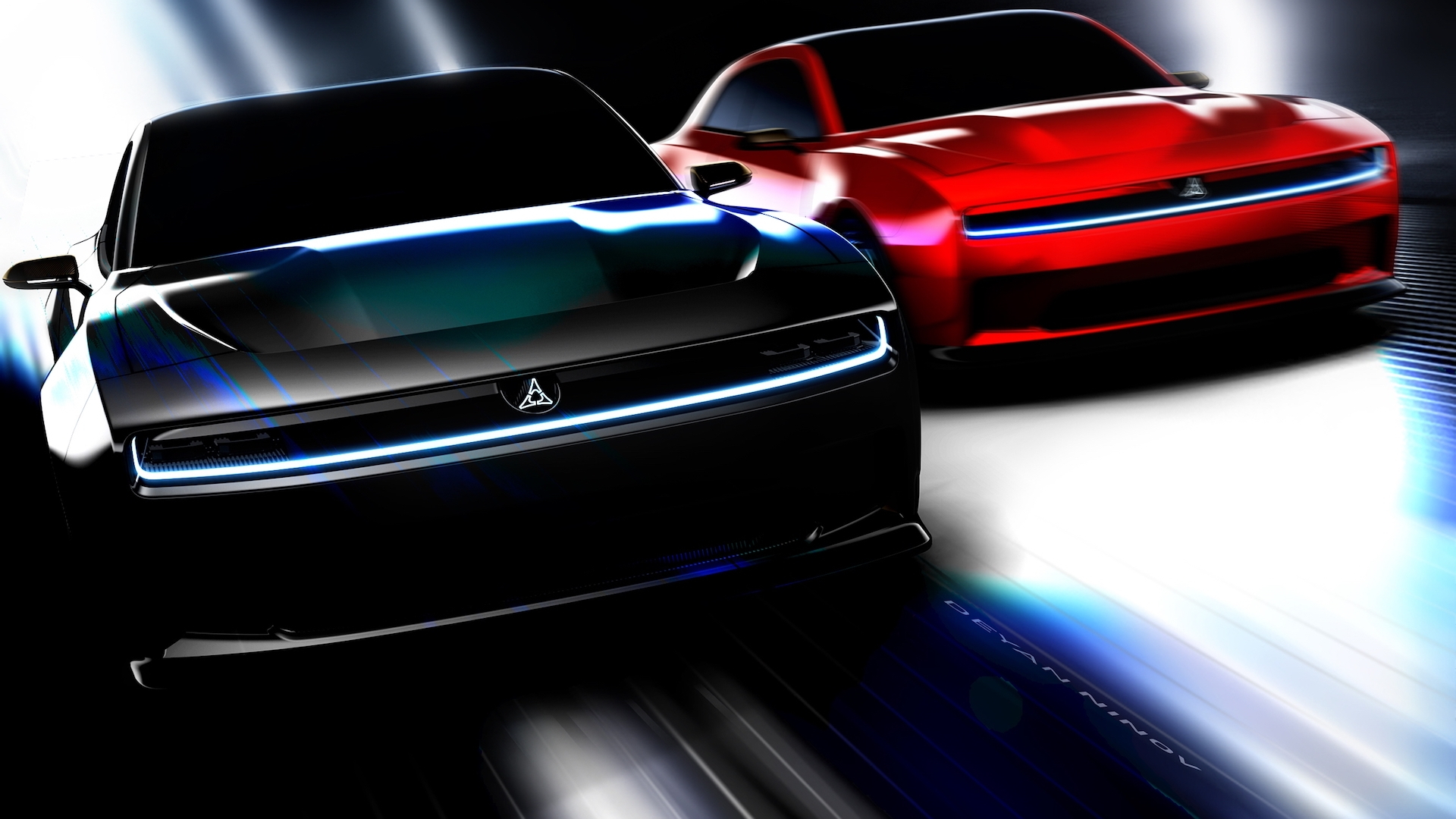 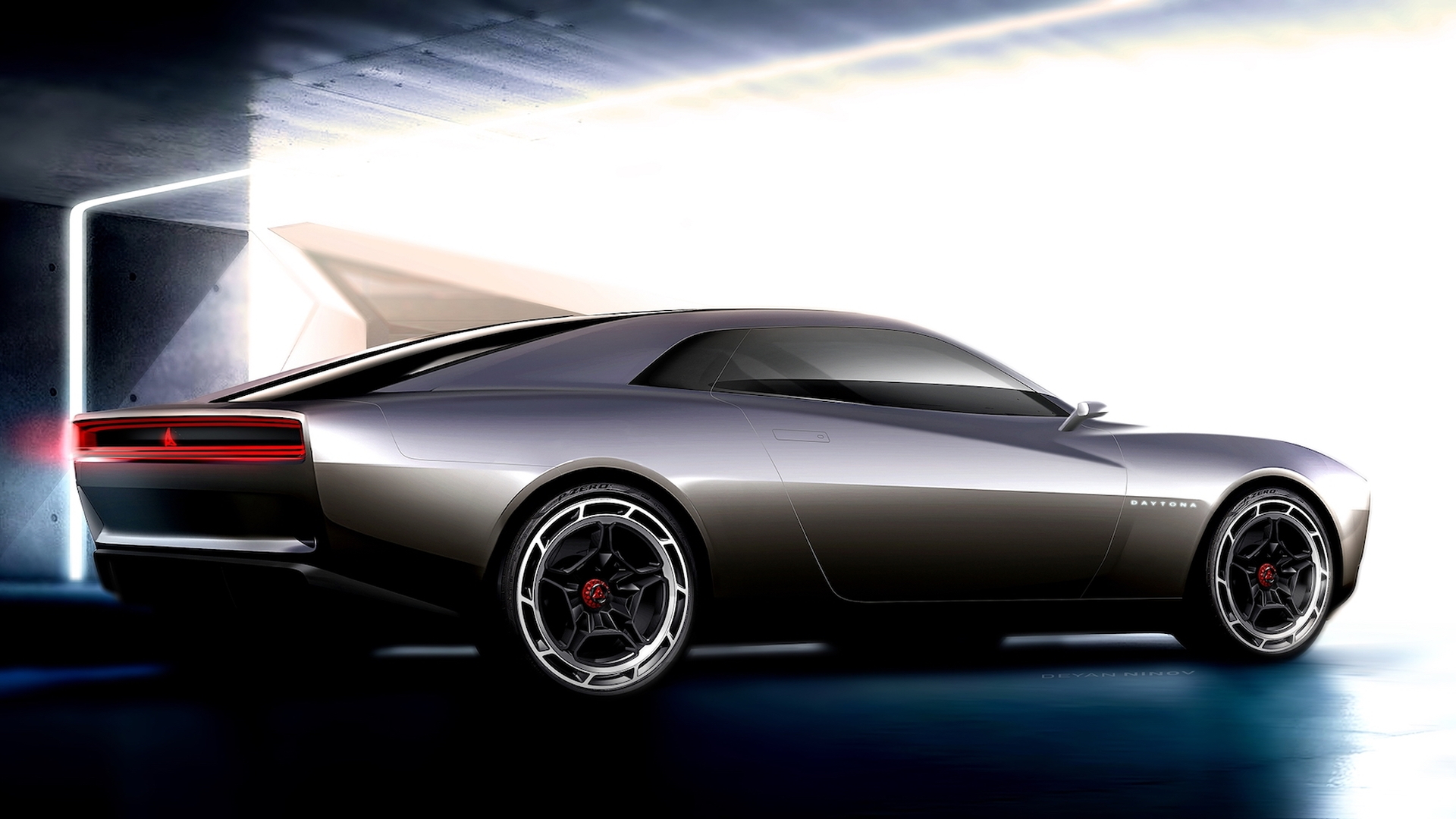 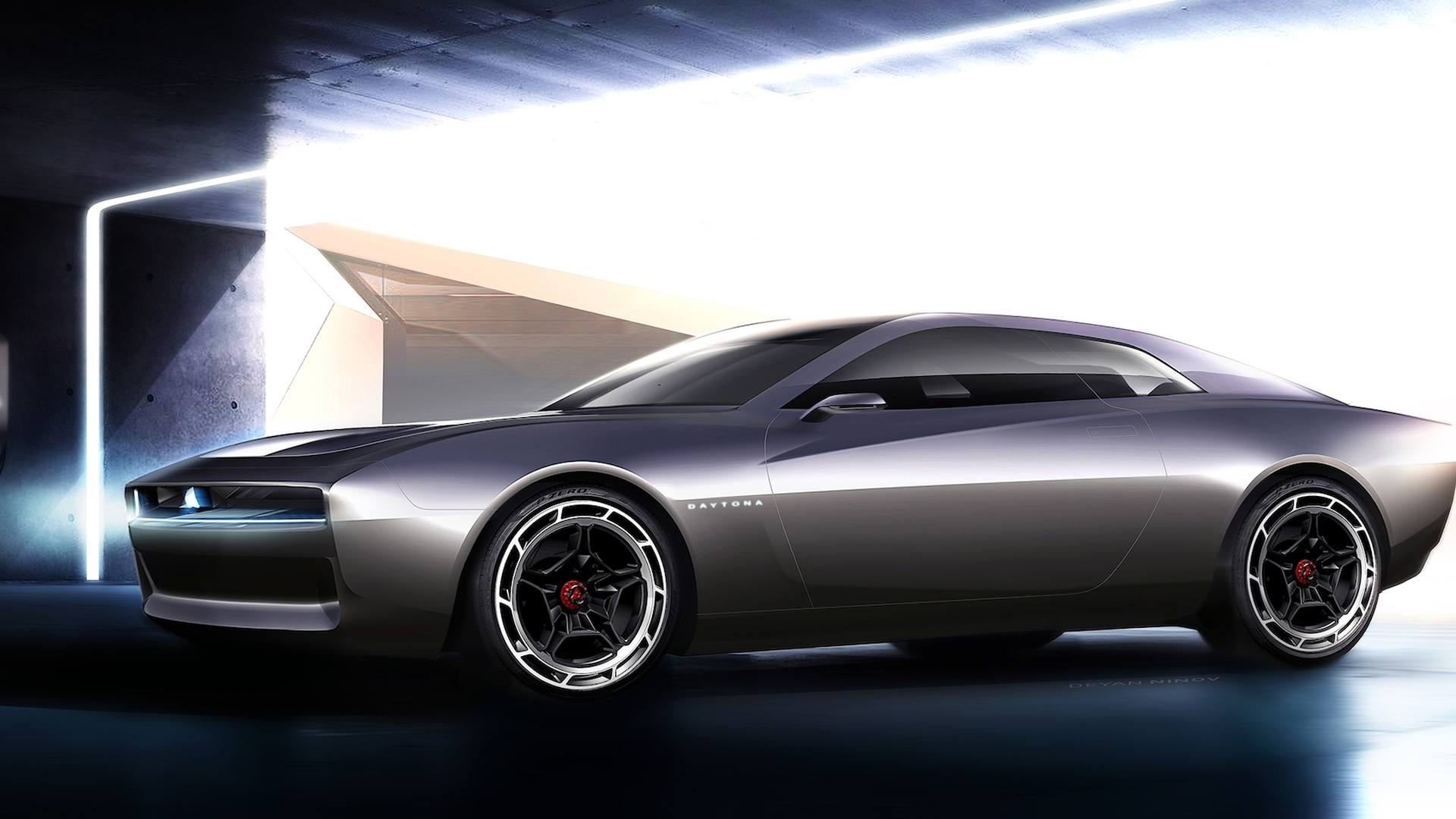 With the exception of those blazing quarter-mile times, those all impress as things that would repel most Tesla fans on sight or sound. But Dodge is vying for relevance in the electric-car performance world by appealing back to its muscle-car and NASCAR past with a nod to the heritage Daytona, which was the first vehicle to break 200 mph on a NASCAR track in 1970.

The Daytona SRT Concept won’t provide the linear acceleration feel that we’re used to with EVs; instead Dodge says that the concept’s eRupt multi-speed electromechanical transmission will deliver “distinctive shift points, throwing shoulders into seatbacks in true Dodge style.” There’s a push-to-pass feature that orders up a downshift in just 250 milliseconds.

Dodge brand CEO Tim Kuniskis acknowledged to Green Car Reports that while a single-speed EV is by far the most efficient, the multi-speed system will make the car “way more fun to drive.”

As for that noise, there’s a whole lot of it—up to 126 decibels, which the CDC says is in a zone that “can cause immediate harm to your ears.” It’s a roar that Dodge says equals that of the SRT Hellcat gasoline model with the help of a “bone shaking” Fratzonic Chambered Exhaust system that relies on an amplifier and tuning chamber. Details to come on how that can be controlled, how it makes the sound, how it’s kept legal, and what it’s exhausting.

Dodge didn’t detail what powers the concept, which is expected to closely preview the fully electric Dodge muscle car due to arrive for 2024. But it did say the concept is powered by an 800-volt Banshee propulsion system.

As blunt and overt as everything else is about the car, Dodge’s aerodynamic work has aimed to be subtle and under-the-radar, with carbon fiber intakes providing an air curtain and a front R-Wing setup that helps guide the right amount of air through a front opening for efficiency or downforce. Dodge also says that it’s avoided excess decoration on the car, with headlights that “almost disappear,” and a 3D-illuminated Fratzog badge that nods back to Dodge muscle from 1962 to 1976.

Inside, there’s an 8-by-3-inch head-up display, with a slim instrument panel and the now-customary 12.3-inch touch screen, with a 16-inch curved instrument cluster. The steering wheel design goes for a thinner feel, albeit with a flat top and bottom and capacitive touch controls, and a pistol-grip shifter is another throwback—yes, a shifter. An ambient lighting system helps illuminate some textural work throughout the interior, including Blue Plasma and Silver stitching and graphics on a carbon fiber floor.

The Daytona SRT Concept is exactly as labeled, a concept car. So take some of this at face value as being for show, as part of debuts during a blitz of enthusiast announcements from the brand.

But it does set a loudly defiant tone for its upcoming electric muscle that’s a near polar opposite of Tesla performance, which has always been a little bit about the stealth factor—even the Tesla Model S Plaid, or the 1,050-hp Lucid Air Grand Touring Performance. And they’ve shown that a single-speed transmission is just fine for high-speed use—even exceeding 200 mph.

Will all the bluster pull more enthusiasts over to the electric side? We’d like to hear your take in comments below.