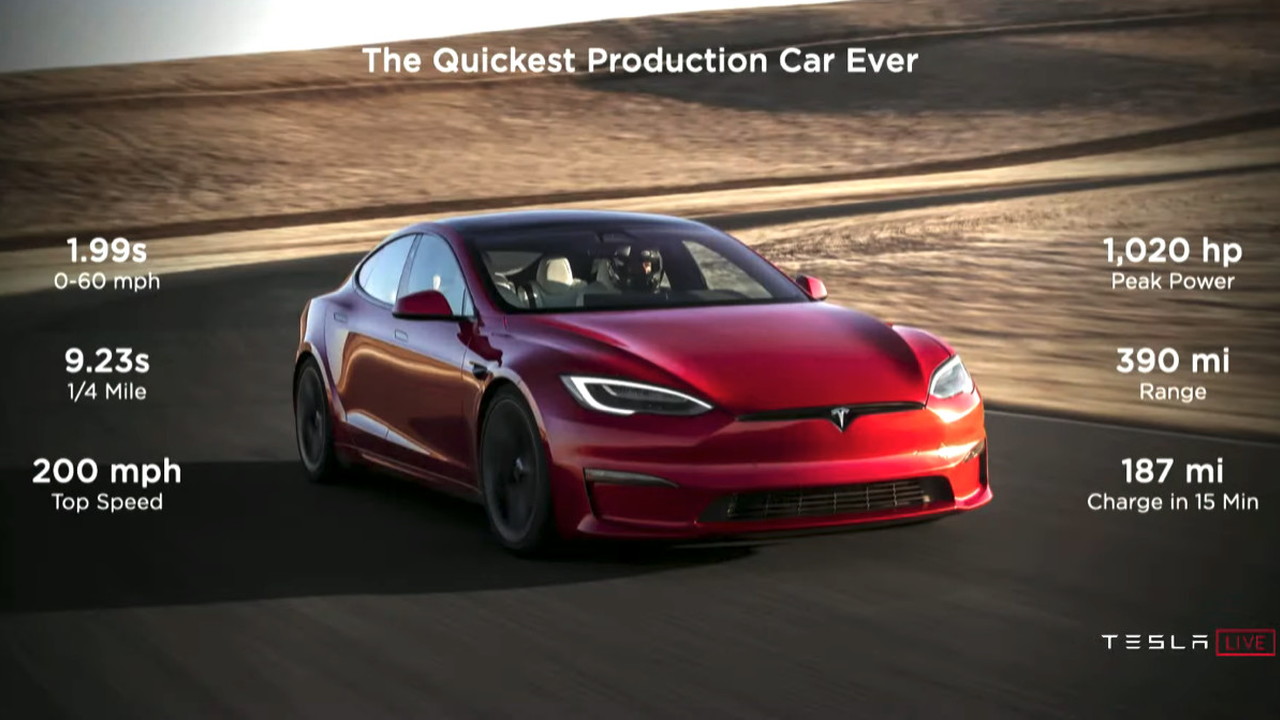 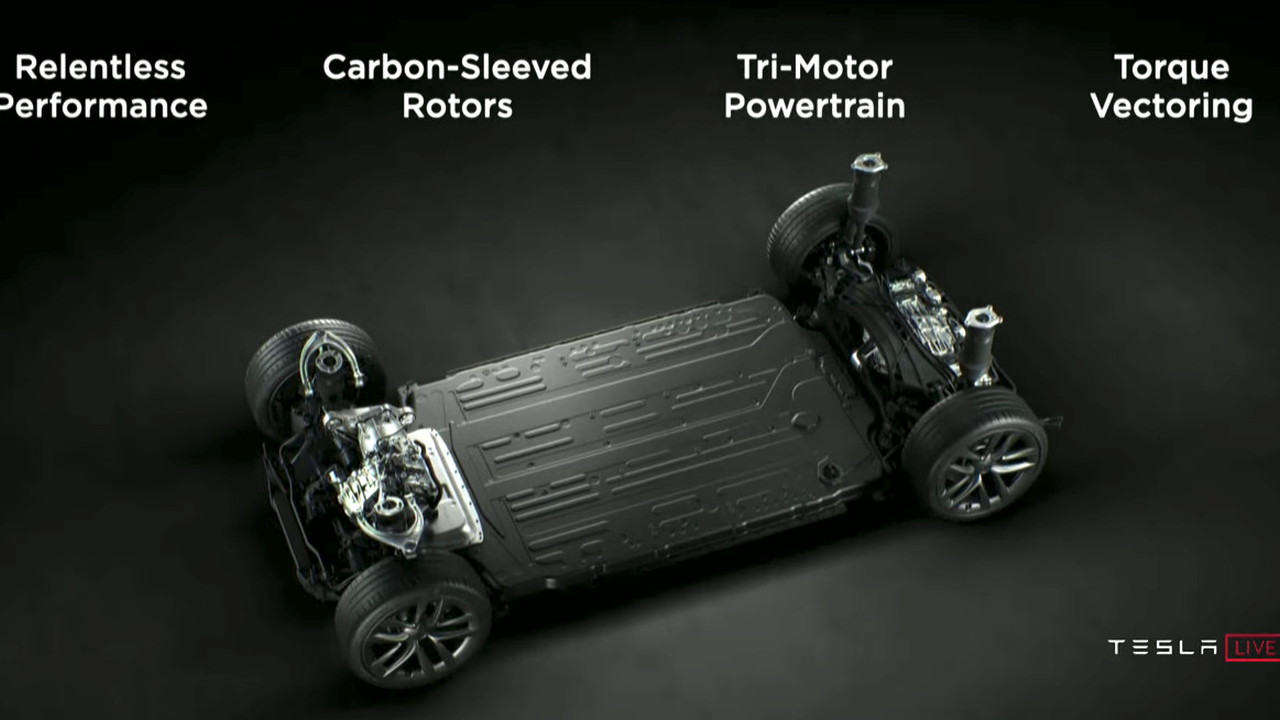 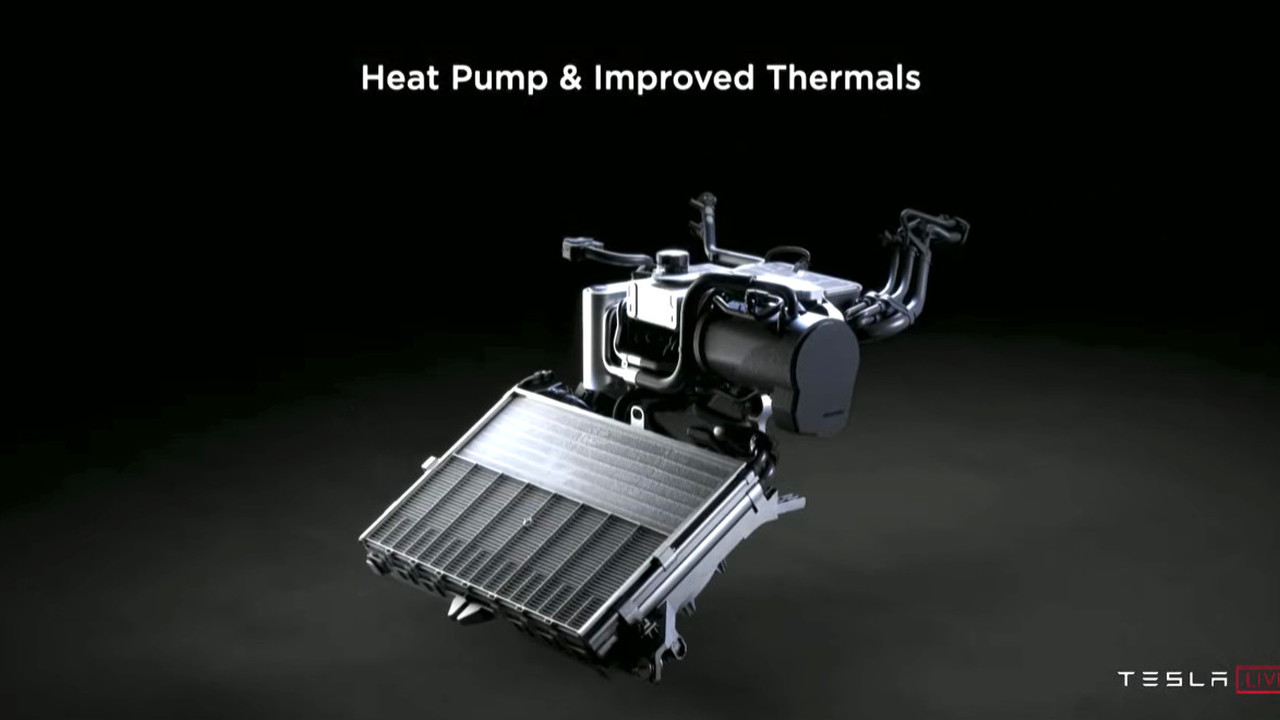 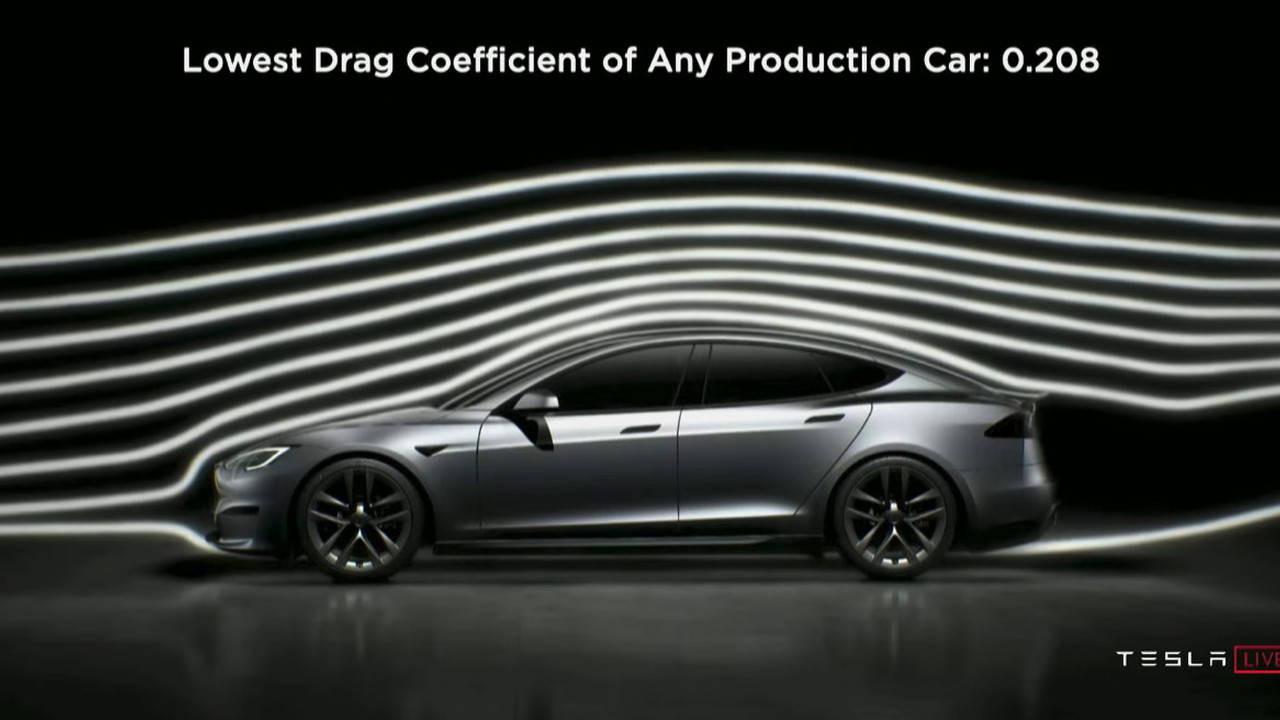 In a rather terse event Thursday evening, Tesla CEO Elon Musk introduced the 2021 Tesla Model S Plaid and claimed it to be the quickest production car ever, with no additional asterisks to suggest it wasn’t capable of its acceleration claim of less than 2.0 seconds.

The Model S Plaid, Musk explained, exists to show that EVs can outperform gasoline vehicles, hands down—or, as he said, “the best kickass cars in every way.”

The Plaid, which will be able to hit 200 mph with the addition of specific tires, has a long list of upgrades, including a completely reengineered propulsion system. Musk noted new motors that are carbon-wrapped and essentially operate at a “single speed from 0-200 mph.”

Otherwise Musk noted that the thermal systems have been vastly improved, with twice the cooling capacity now permitting back-to-back 0-60 mph runs and the capability to maintain 1,000 hp all the way to 200 mph. “It doesn’t get winded,” he said, suggesting it might be time to return to the Nürburgring.

Musk also claimed that the new Model S has the lowest drag coefficient of any production car ever made, at 0.208—a point he might want to check in with Mercedes-Benz about, as the German automaker is claiming a 0.20 for its Mercedes EQS flagship. Musk said that unlike other companies, the number is as calculated with the wheels turning.

Tesla still needs to clarify an inconsistency: While Musk confirmed a 412-mile range for the Long Range version, it was changed on the order site to 405 miles (with the 19-inch wheels, or 375 with the 21-inchers).

An auto-shift feature in the 2021 Model S gets rid of the shift lever and leaves it to the Autopilot system to know where the obstacles are. Like the Model 3 and Model Y, it also gets rid of vents, and you can touch the screen to move the airflow around, with two climate zones in front and one in back in Model S.

A completely new interface moves the center touchscreen to landscape-oriented, with the option to drag screen elements around now, more like a tablet, with a 2200x1300 resolution, 60 frames per second, and “PS5-level performance” good for games. The sound system is driven by a codec that can be upgraded over the air, and it has 22 speakers and 920 watts.

A swipe down when you enter the car will automatically default the route to your calendar priority, leading you to work or whatever is typical.

The Model S Plaid will have the lowest probability of injury of any car ever tested, Musk claimed, pointing to the fastback as faster than any Porsche and safer than any Volvo.

Boasting aside, there was no mention of Tesla’s 4680 cells or any of the products they’re potentially going into—including the Cybertruck, the Semi, the Roadster, or the 520-mile Model S Plaid+ model that Musk officially confirmed as canceled earlier this week.

There was, however, a suggestion that Tesla might be upping the power of its Superchargers, to “280, 300, 350 kilowatts,” as Musk teased.

The event coincided with the delivery of the first 25 cars—cars that were originally due the previous quarter. He said production should be at several hundred per week soon and several thousand per week by next quarter.