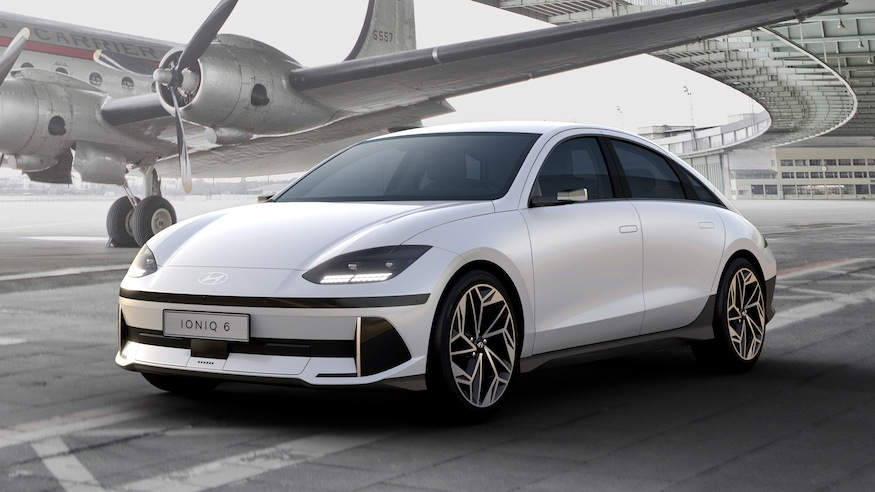 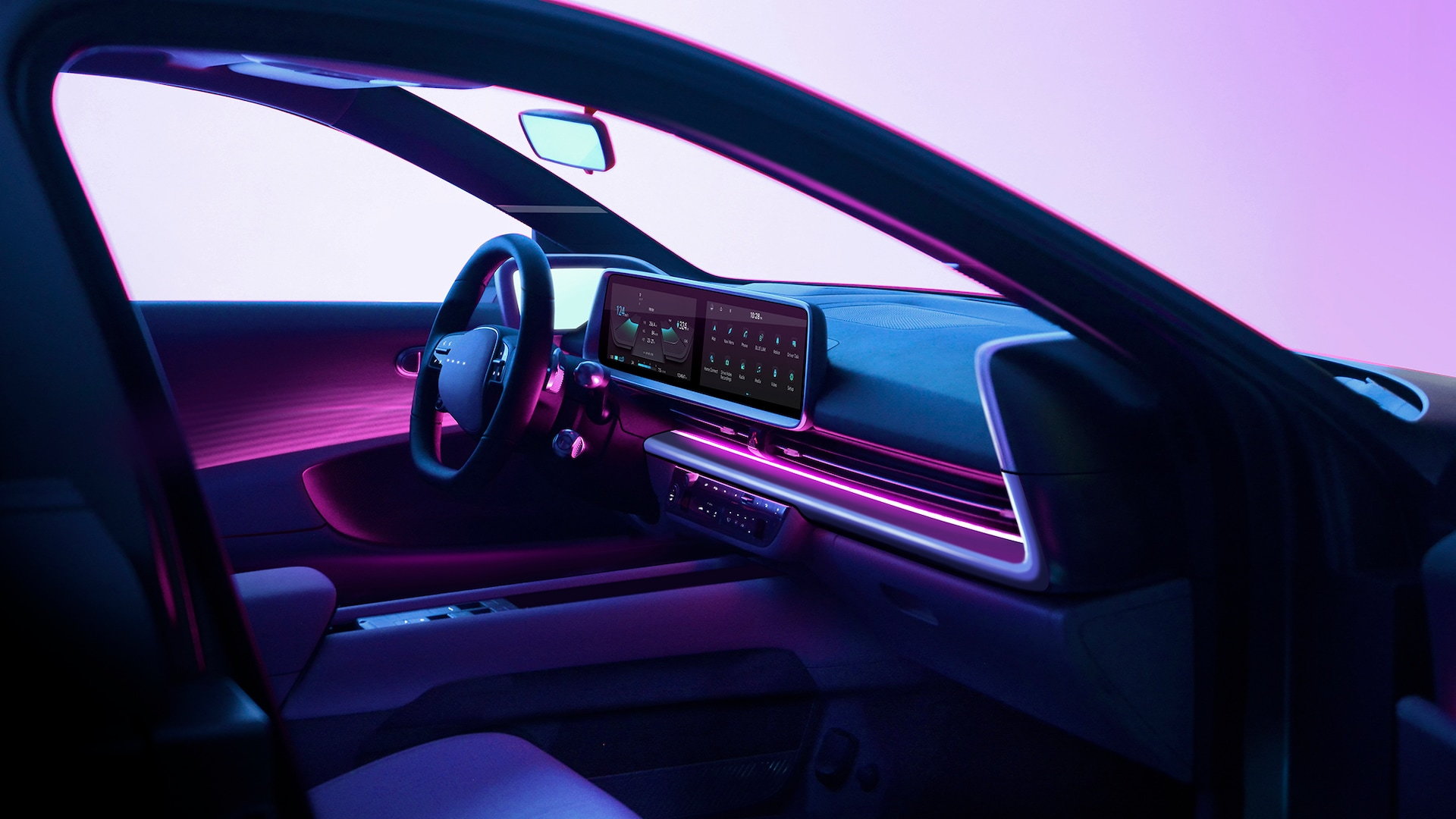 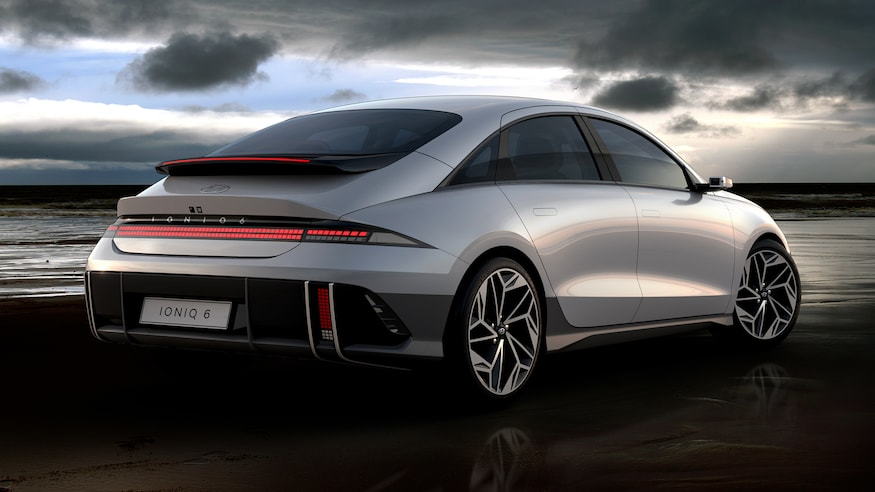 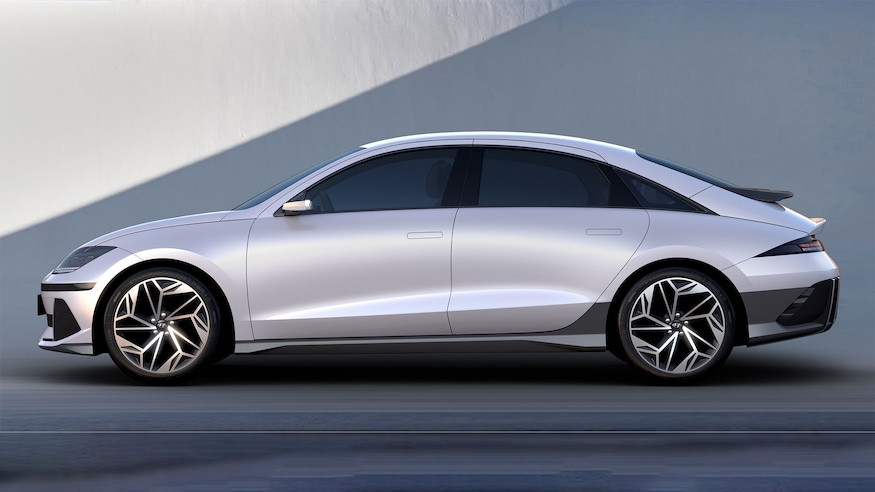 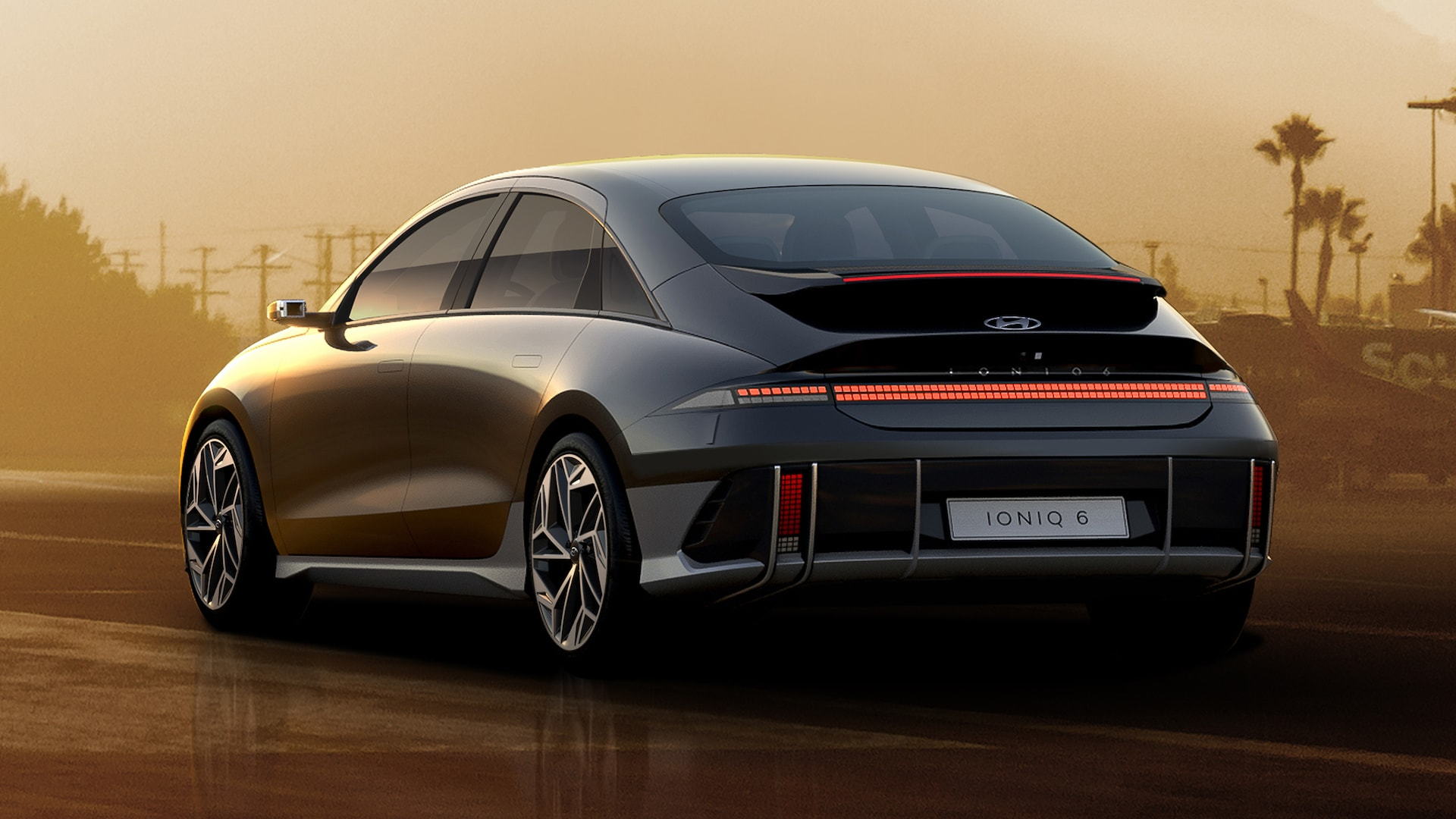 More than five years after the arrival of the Tesla Model 3, the U.S. vehicle market will get a true electric sedan rival to the model that arguably kicked off the acceleration of the EV market in 2017.

While we have a long list of crossover SUV entries lining up to compete with the Model Y that followed the Model 3, the Ioniq 6 is the first entry to step into the ring that’s a sedan. And knowing what we know about its pedigree, including the advanced E-GMP platform and the detail-oriented attention the company has given to these EVs, from ride and handling to space-maximizing packaging, Tesla has a serious rival.

First off, the Ioniq 6 looks great—and surprisingly close to the head-turning Prophecy concept car on the outside. Squint a bit at the photo of the rear—OK, a lot—and from the roofline, the bar of lighting, and the spoiler, the profile isn’t far from that of a classic Porsche 911. The model reportedly achieves a 0.21 coefficient of drag, which would put it on equal ground vs. the Tesla Model 3—an important distinction as it reaches for EPA efficiency and range ratings versus the leader in this class.

And despite what the eye first sees, yes, it’s really a sedan, with a trunklid. This correspondent can’t recall one with that sort of rearward cant since the Infiniti J30.

The E-GMP propulsion kit that the Ioniq 6 is built on will look familiar to anyone who’s pored over specs for the Ioniq 5 or Kia EV6. Provided they don't include additional upgrades, a single-motor rear-wheel-drive model makes 225 hp and 258 lb-ft; an all-wheel-drive model makes 320 hp and 446 lb-ft with the addition of a second motor at the front wheels, providing 99 hp and 188 lb-ft.

The Ioniq 6 is a bit longer than the Model 3, and it rides on a 116.1-inch wheelbase, so look for interior space to pull off some of the same magic we’ve reported from the Hyundai Ioniq 5. In its electric crossover, Hyundai made efforts to push the dash forward and keep the cabin wide and airy in front, while maximizing leg room in back, and it appears that the same philosophy carries over here. Although, we’re curious to see how this packaging carries over to a sedan in terms of seating height.

Controls and displays look mostly shared with those in the Ioniq 5, with dual 12.3-inch displays side by side, plus a range of recycled materials to dress up the cabin in eco style.

The Ioniq 6 could make huge gains versus Tesla, or be another big source of market growth for Hyundai. Together, the Tesla Model Y and Model 3 are making up nearly two thirds of new EV sales in the U.S., and while the Y has taken the lead recently, the Model 3 was the world’s top-selling plug-in passenger car for three years in a row. We’re talking hundreds of thousands, cumulatively, in the U.S. alone.

As fantastic as the Ioniq 6 may look, and as great as it might be to drive, the product itself is only one aspect. The Ioniq 6 might also maintain the 5’s speedy 800-volt charging, but it won’t have Tesla’s Supercharger network. And Hyundai hasn’t prioritized enough EV allocation for the U.S. to meet demand, or readied its dealerships in the way it needed to—creating a situation in which the related Kia EV6 is easier to buy.

With U.S. facilities in the works, that might all change. Yes, we know Hyundai has a big, three-row Ioniq 7 electric SUV on the way—and a Georgia factory aiming for 300,000 American-made EVs annually—but let’s hope Hyundai hasn’t written off the U.S. appetite for svelte sedans the way it did for mic-dropping hatchbacks.