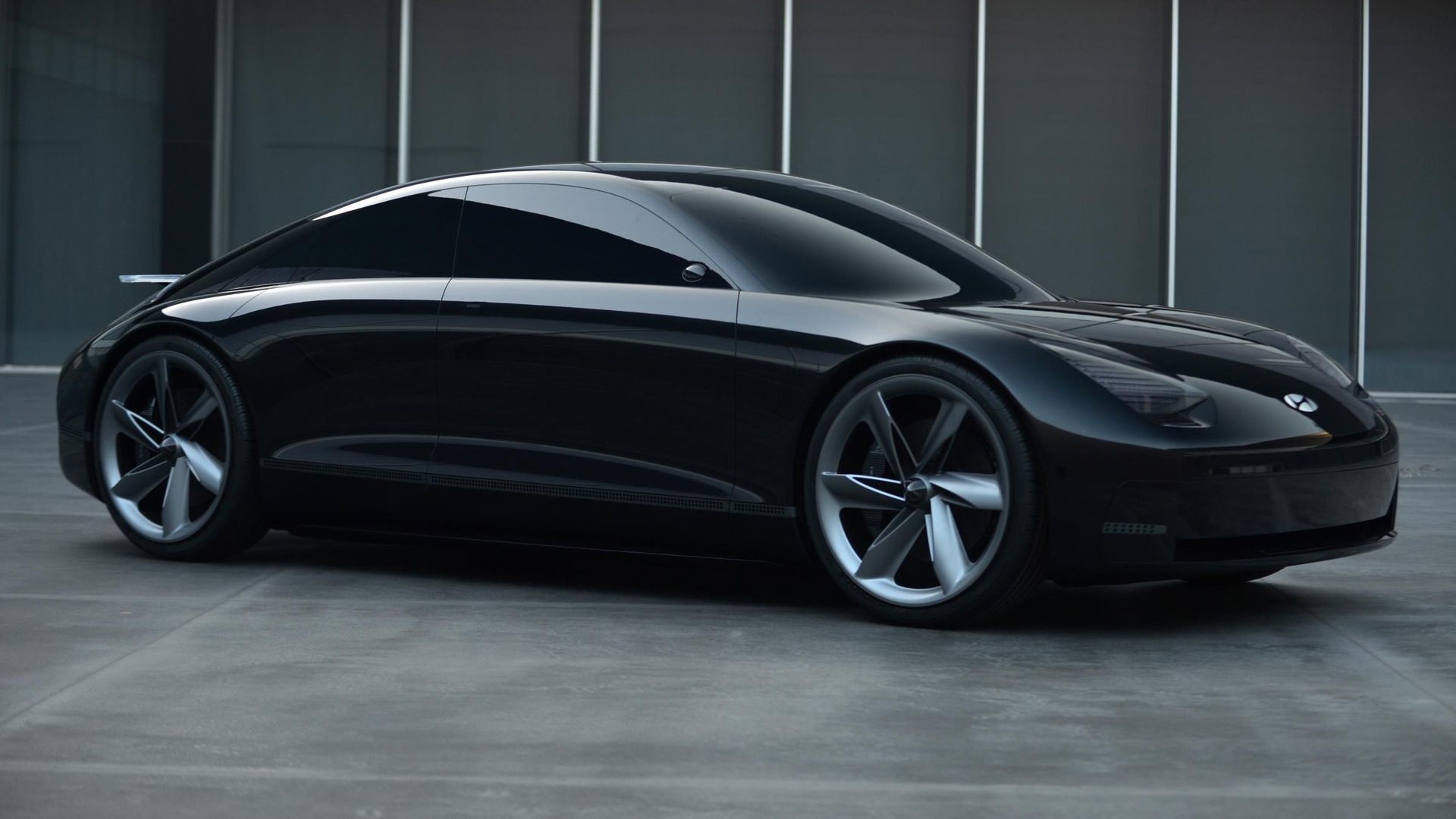 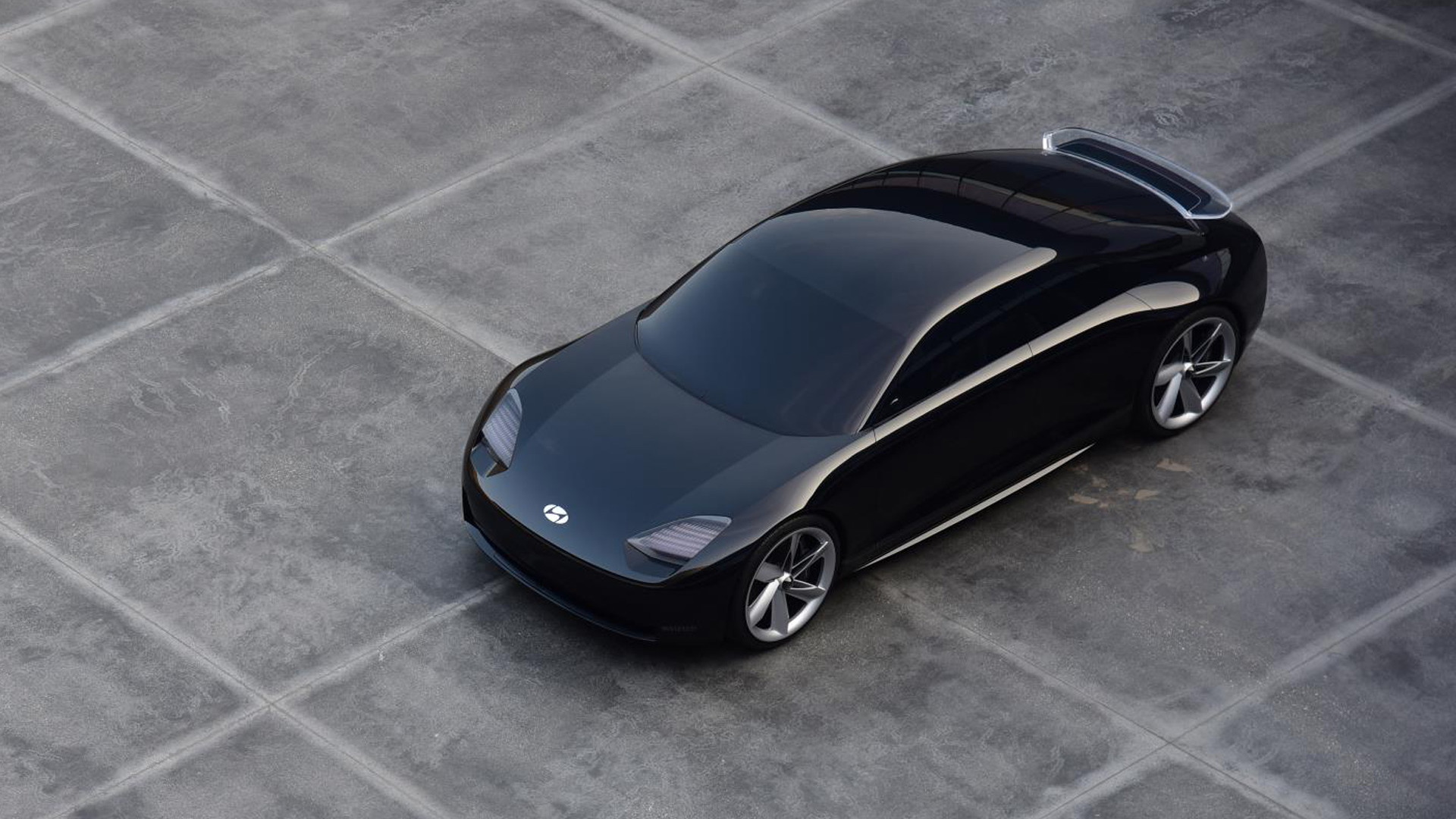 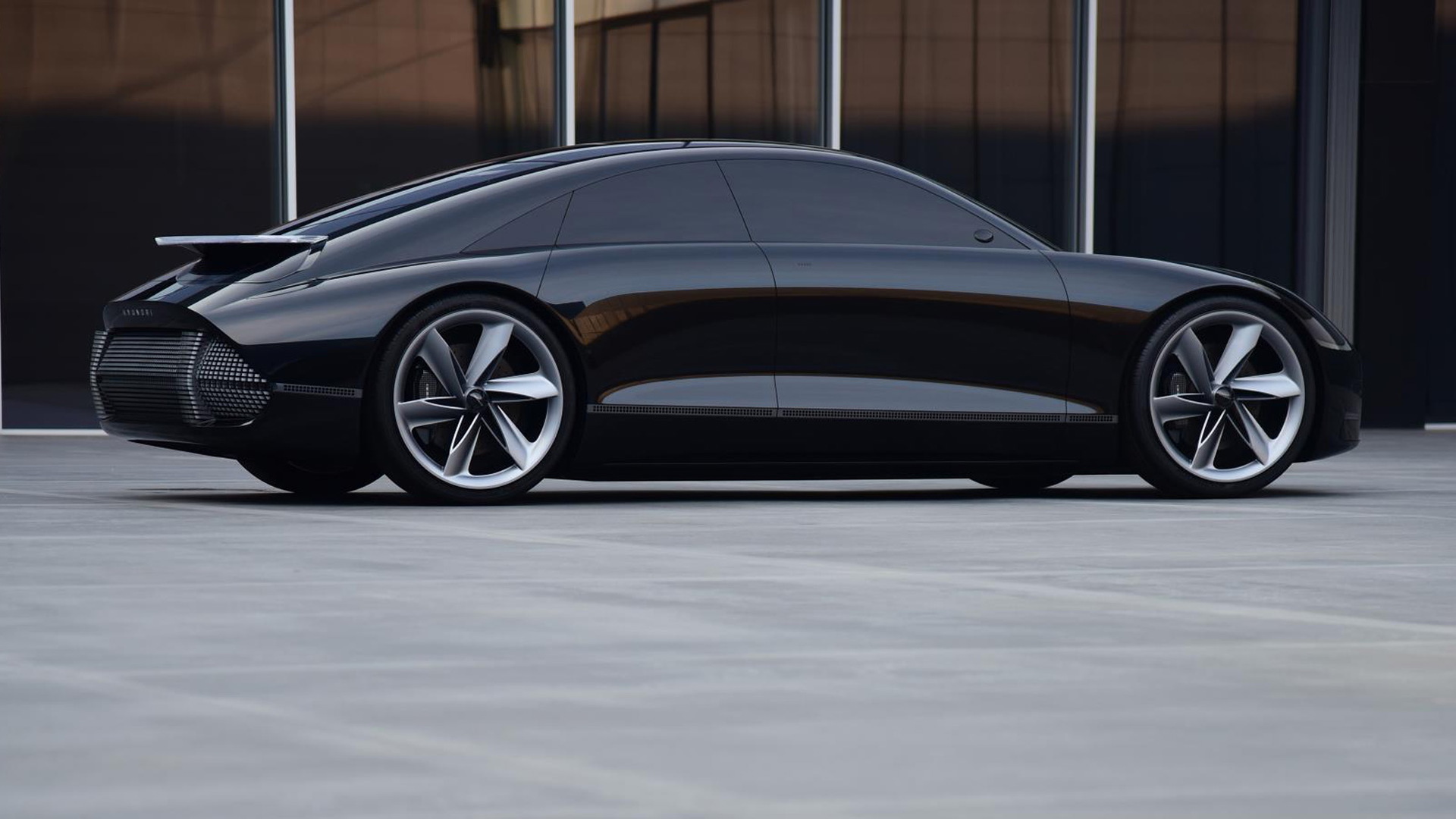 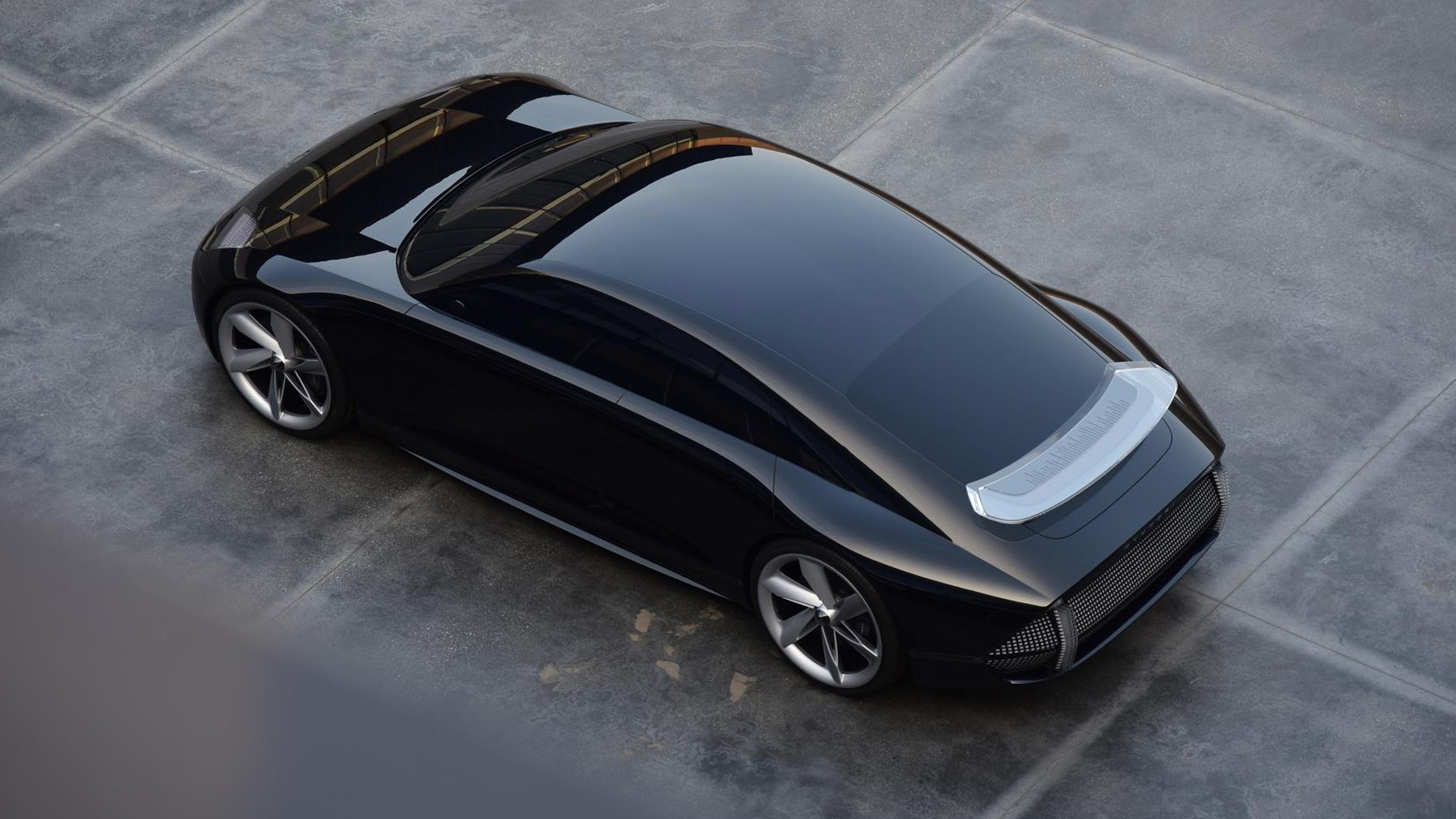 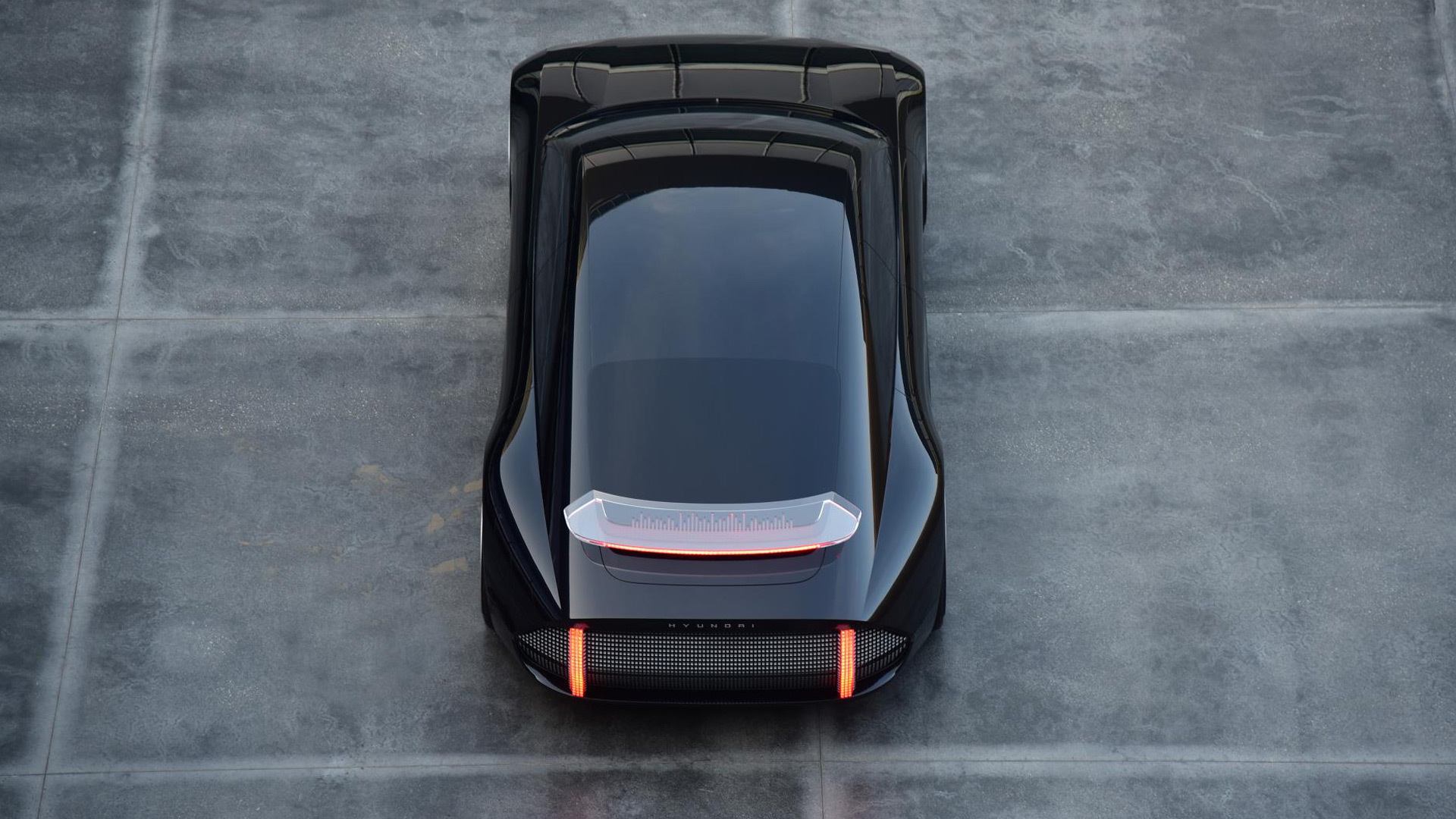 The Hyundai Prophecy is a new electric concept car that, as its name suggests, looks toward the future. In this case, that future includes autonomous driving.

As indicated by a previous teaser, the Prophecy takes a different design direction from Hyundai's previous 45 electric-car concept. Where the 45 featured retro styling inspired by the 1970s Hyundai Pony, the Prophecy is sleek, minimalist, and modern. However, the Prophecy does use the same "pixelated" lighting elements as the 45, a feature Hyundai said will carry over to future production models.

The interior is most notable for what it lacks: a steering wheel. The Prophecy was designed for autonomous driving, and thus does not have conventional manual controls. It does have joysticks that give human passengers some degree of control, although Hyundai did not fully explain how that arrangement works.

Hyundai did not release any technical specifications, but the Prophecy is likely based on the automaker's new dedicated EV platform.

That platform is also expected to spawn electric models for the automaker's Kia and Genesis brands.

While both Hyundai and Kia currently have electric cars in their lineups, they are variants of existing internal-combustion or hybrid models, not based on a dedicated platform.

However, Hyundai does have a second electric-car development program in the works. It's working with Canoo to develop a second EV platform based on the latter's "skateboard" design.

That platform is expected to be designed with autonomous driving in mind, although so far it has only been discussed as a basis for the Hyundai and Kia Purpose Built Vehicle (PBV). Intended for sharing services, the PBV is essentially a box on wheels. An electric powertrain and lack of manual controls help maximize interior space.

Canoo's own electric vehicle has a similar shape, but with conventional manual controls. It will also be offered to individual customers, albeit through a subscription service rather than conventional buying or leasing.