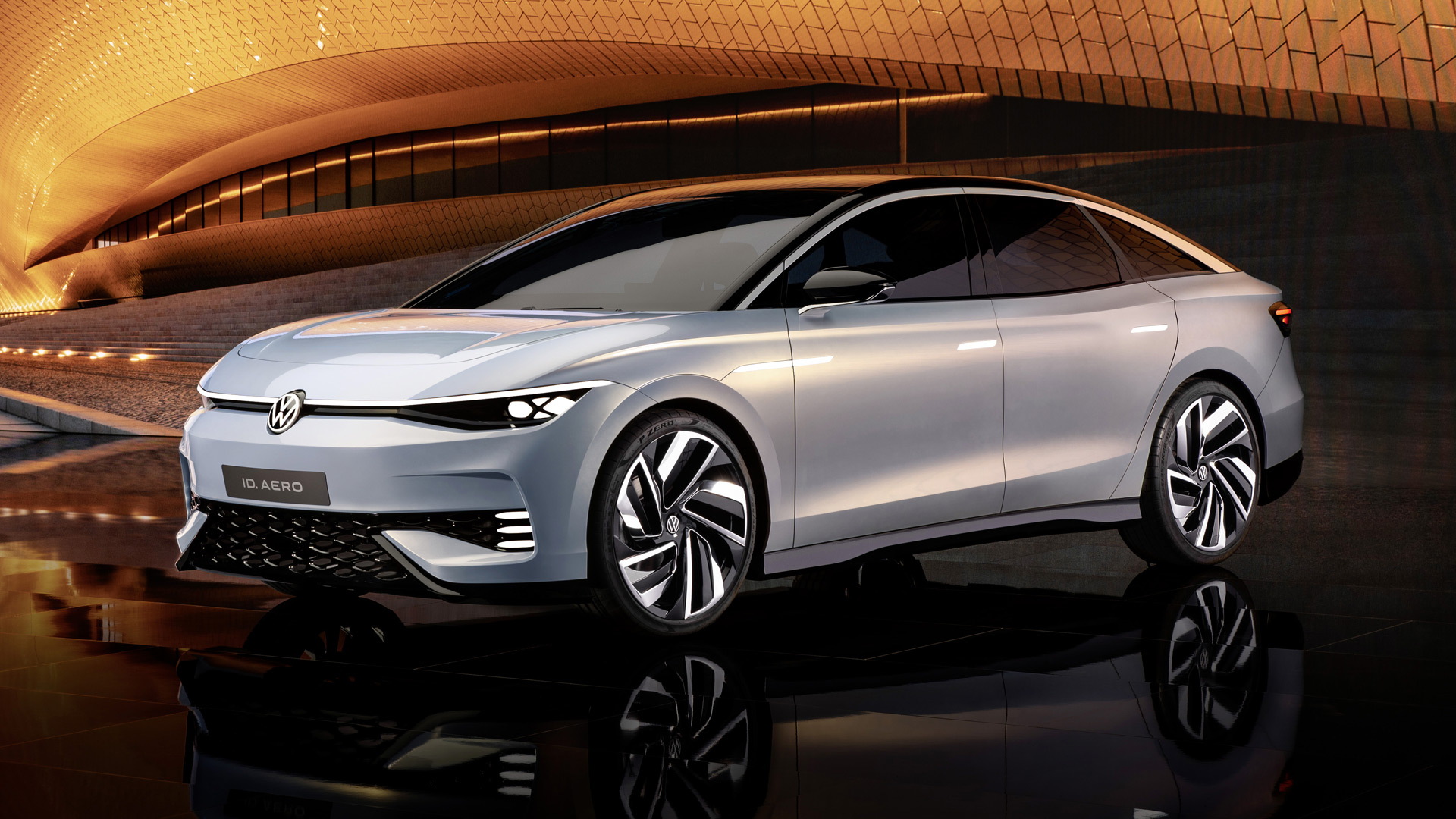 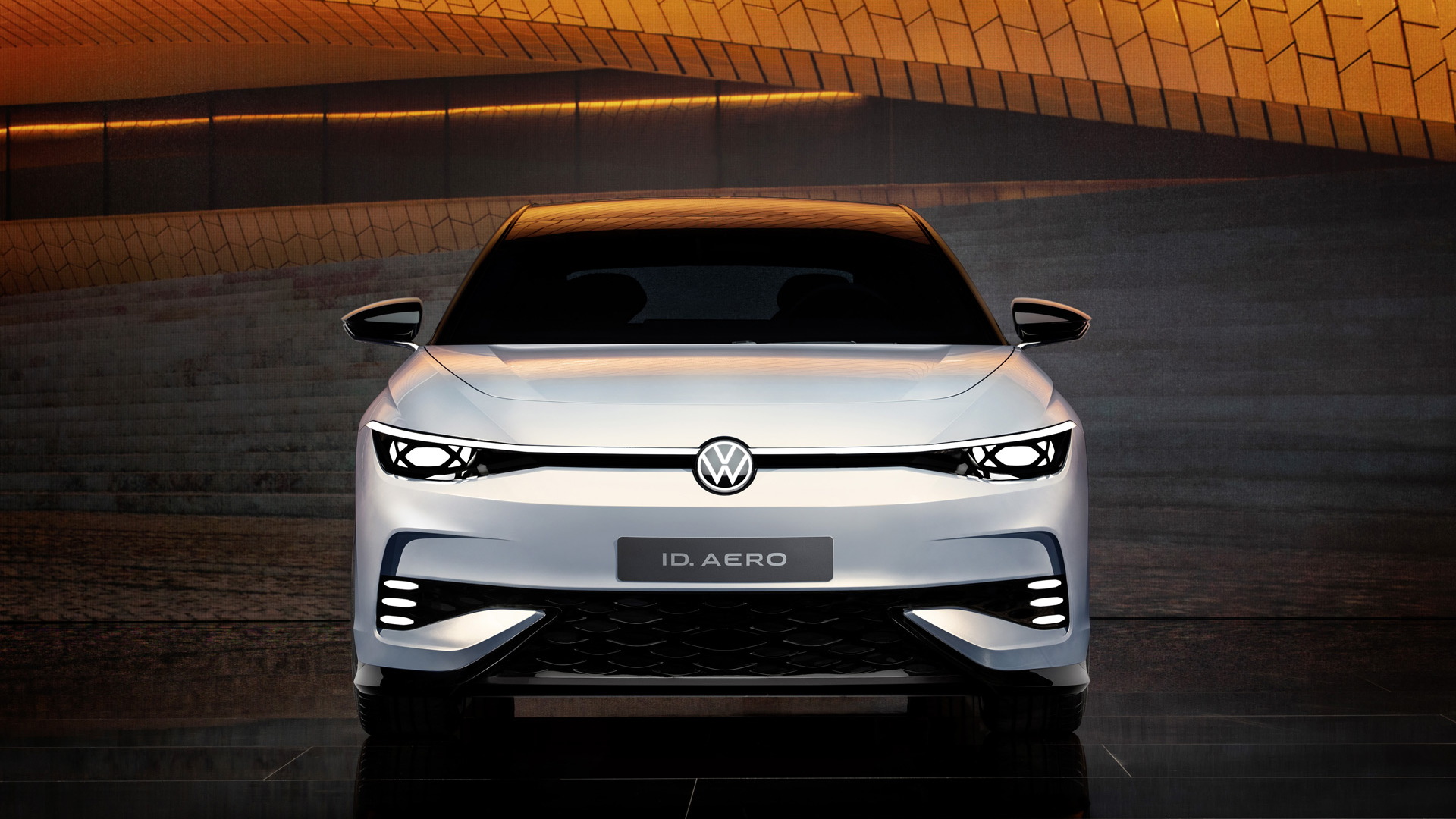 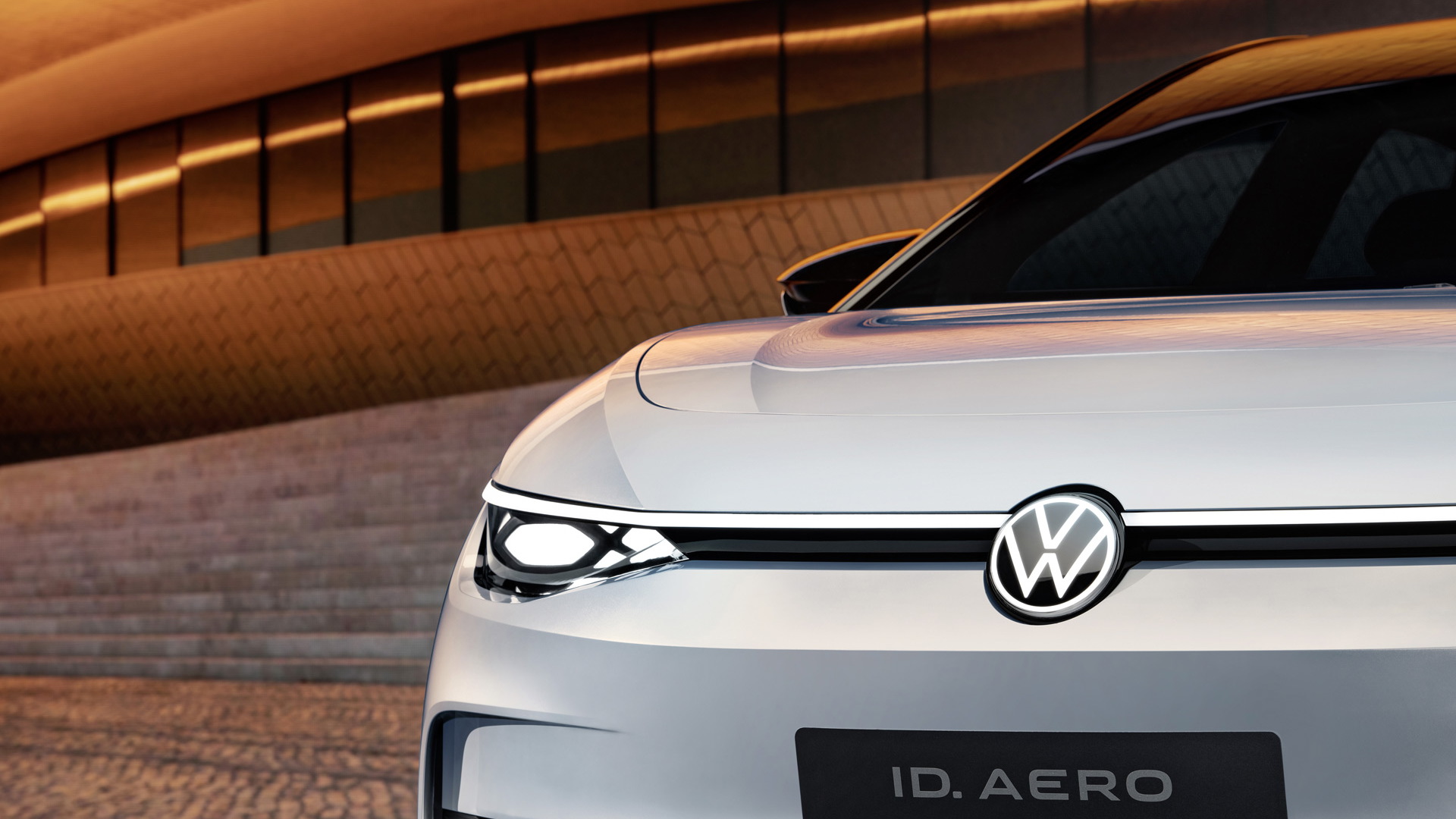 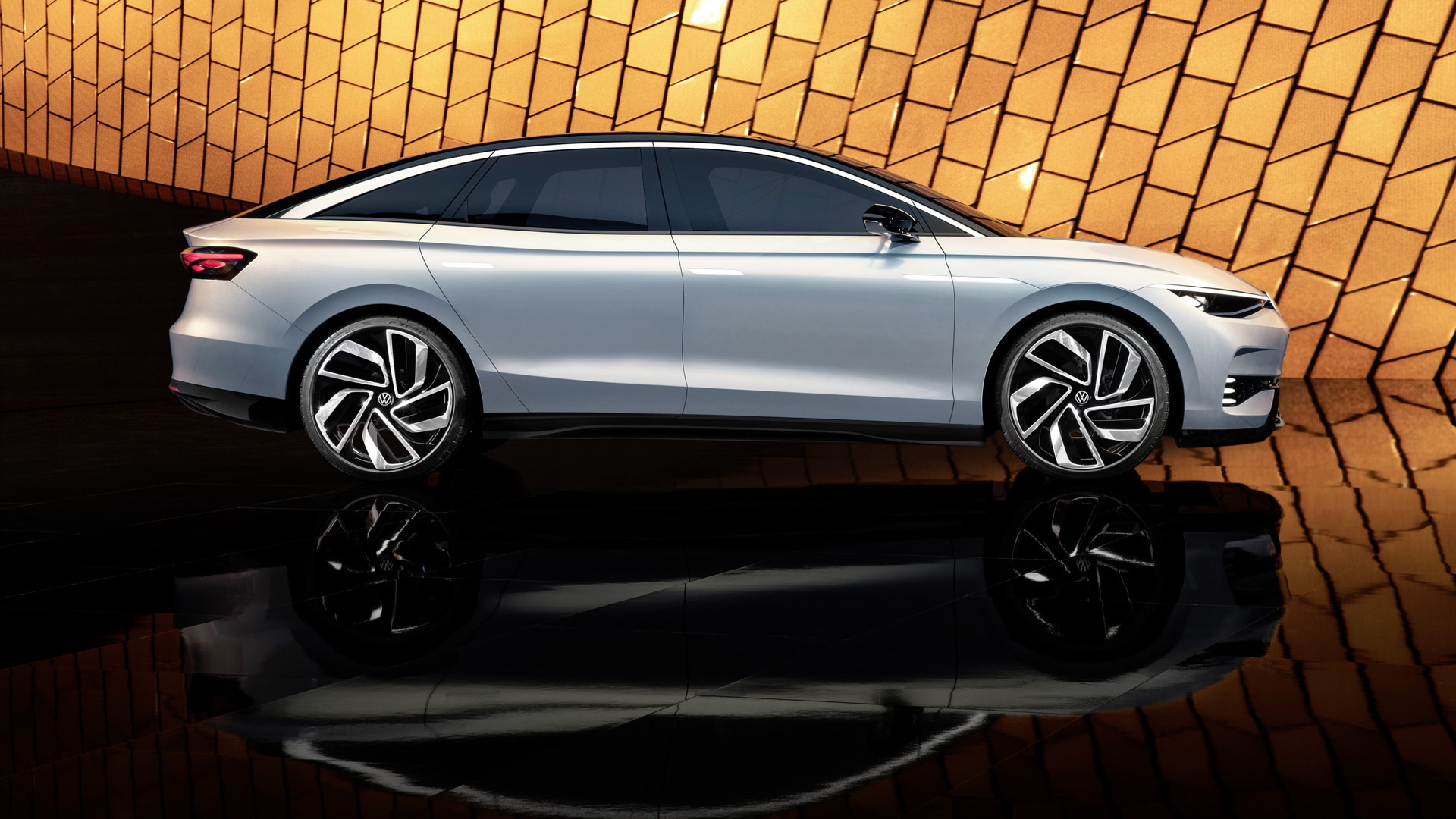 Volkswagen on Monday revealed the ID.Aero concept, an electric sedan previewing a future flagship model for the VW brand in the United States.

The concept transfers the design language from previous ID-family models like the ID.4 crossover into a "premium mid-size sedan," VW said in a press release. It's built on the same MEB platform as other ID models, with the same battery pack with 77 kwh of usable capacity.

However, a noteworthy 0.23 coefficient of drag might produce the longest driving range of any MEB-based model yet. VW estimates 385 miles of range on the European WLTP testing cycle. 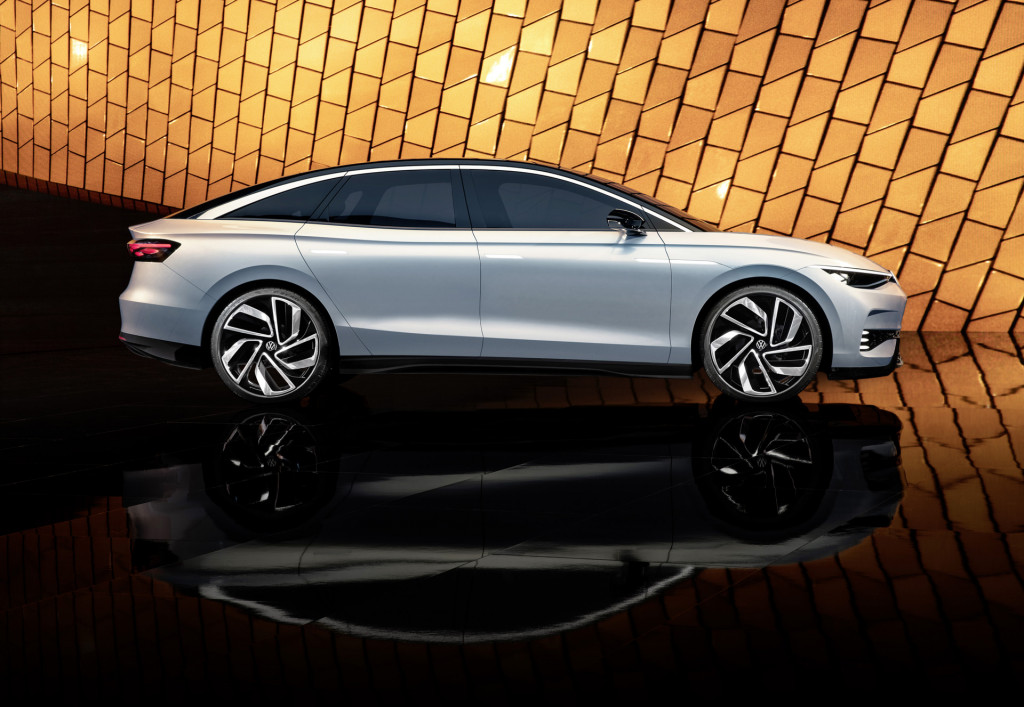 That's despite the ID.Aero's generous proportions. At 16.4 feet long, it will be one of the largest vehicles built on the MEB platform, along with the ID.Buzz van.

This isn't the first larger MEB-based concept VW has shown. It follows 2018's ID Vizzion sedan concept and the ID Space Vizzion wagon concept of 2019. But VW says it's serious about a production version this time.

A production model will launch in China in the second half of 2023, and in Europe that same year. VW said the ID.Aero will come to the U.S. as well, but did not mention a specific timeline. 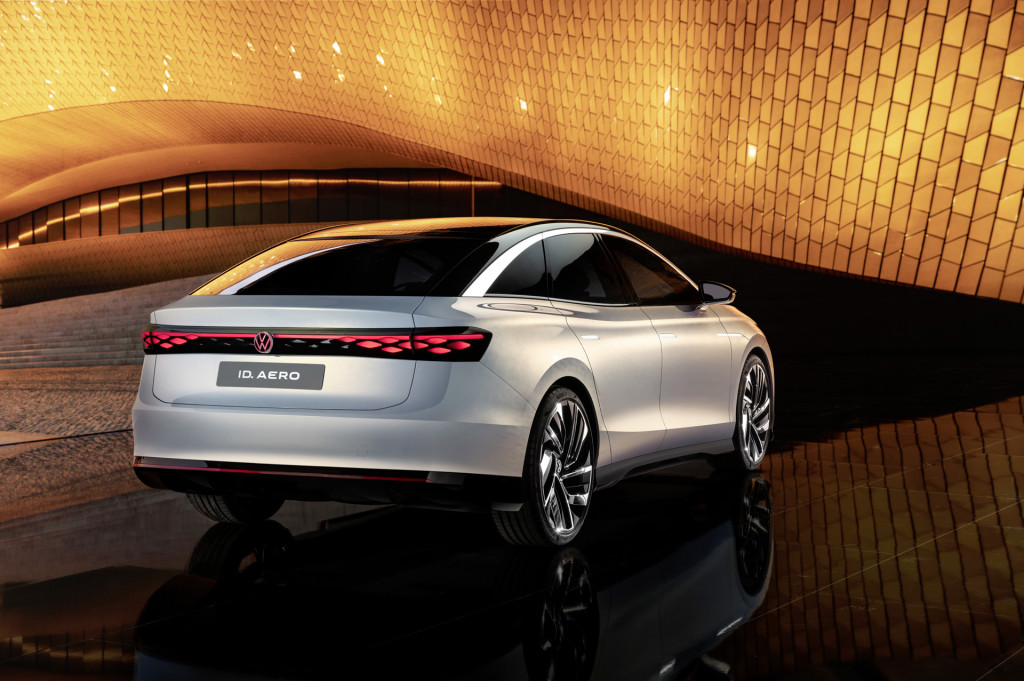 In the U.S., the electric sedan might serve as an alternative to the recently discontinued VW Passat mid-size sedan. The death of the Passat is emblematic of the U.S. market's shift toward pickup trucks and SUVs, but VW seems to be eyeing those segments as well.

VW Group of America CEO Scott Keogh said earlier this year that the automaker is looking into an electric pickup. VW is also working on a Scout EV brand, which will be run as a separate business entity, to the surprise and dismay of its U.S. dealers.